VSAT networks are arguably one of the most challenging satellite environments to manage, especially with respect to interference.

Terminals are often installed in remote locations or on moving vessels and correct installation is essential to minimize operational problems, prevent interference and maintain communications.

The cost of VSAT hardware has dropped significantly over the past two decades, resulting in an increasingly large growth of VSATs in operations. Today, VSAT systems cause approximately 40 percent of all interference, and are responsible for 50 percent of the downtime according to the Satellite Interference Reduction Group (IRG). The pressure on reducing total cost impacts VSAT equipment quality, as well as the installation procedures and installation time. 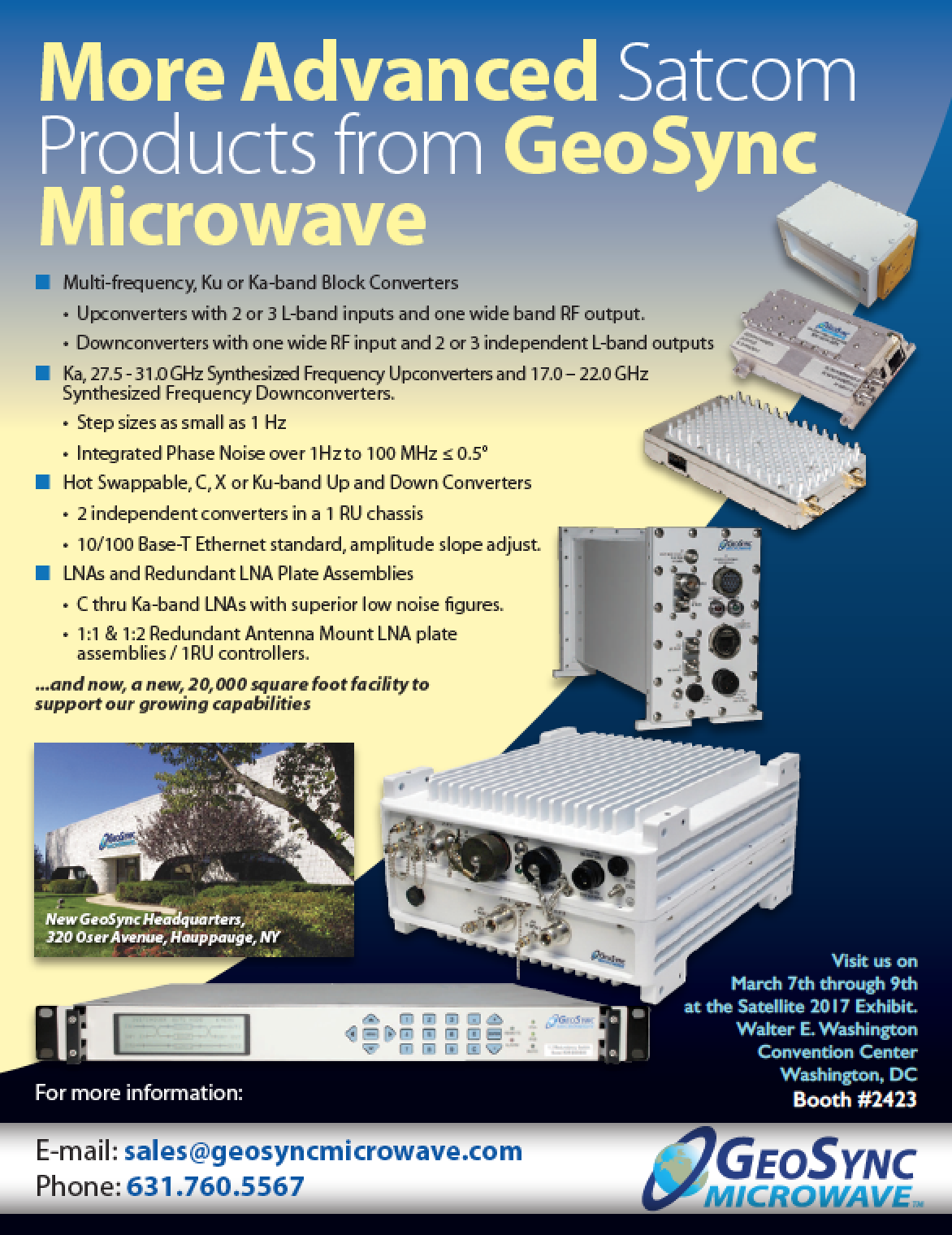 Satellite network operators no longer supervise or police each VSAT installation to the degree that they did in the past, mainly due to the cost and workload implications of such a procedure. The lack of supervision allows incorrectly installed terminals to be set into operation because of untrained staff, ambiguous assembly options, poor mechanical antenna pointing adjustments, faulty cabling, incorrect mounting of connectors and failure to follow installation procedures.

Even Correct Installation Can Mask Interference
Even in those cases where all of the procedures have been correctly followed, human error may occur, resulting in faulty installation. A fundamental part of the problem is that, even if installed incorrectly, the VSAT generally operates perfectly well, masking interference issues. While within the envelope for normal operations, inaccurate pointing may cause interference problems, disturbing services on the opposite polarization or a neighboring satellite.

Faulty cables can result in GSM or radio retransmission if the terminal is in the vicinity of a GSM or radio base. Even when VSATs are properly installed using trained staff and smart tools, errors can occur at a later time due to equipment failure.

For instance, VSATs on the move or at sea that constantly align the antenna and equipment may break down. Causing satellite interference seldom has severe consequences for the interferer, but the consequences can be significant for the interfered. Thus, satellite operators should have a strong incentive to monitor and police VSAT terminal behavior, for today’s interferer could be tomorrow’s interfered and likewise, network operators should also be concerned.

Aside from installation or operator error, a major challenge is that VSAT terminals operate in TDMA mode where many terminals share the same frequencies. This means that in the case of interference caused by one or a few terminals, it has been virtually impossible to determine which terminals are causing the interference, as there was no method to identify the interfering VSAT.

The Need for Open Standard Solution
Therefore, it should not be surprising that VSATs cause the majority of interference events and are by far the most time-consuming interference problem to resolve. This is due to a number of reasons: Optimization of bandwidth and operation at low signal-to-noise ratio (SNR) with minimum energy per user bit has driven technology developments.

Many vendors found proprietary solutions to these challenges and used their solution as a competitive advantage. Additionally, open standards, which have often been instrumental for technology uptake, reduction of cost and benefit of higher volumes have been less prevalent for satellite communications.

Oftentimes the solution has been to isolate terminals in groups or one by one, until the interfering terminal was found. The result was that interference could continue for weeks, months or even years, and resolving this problem is extremely time consuming for operators.

RF vs. VSAT Interference Characterization
Today’s signal management tools perform RF characterization, yet provide only limited insight into the VSAT networks with no actionable intelligence to resolve the interference effectively. New capabilities such as SatGuard from Kratos can scan, identify, locate and resolve interfering VSAT terminals in minutes.

This means that adjacent satellite interference (ASI) and cross-polar interference (XPOL) caused by VSAT terminals can now be resolved in matter of minutes by extracting this ID, as opposed to the extended time involved in determining which terminal was interfering with normal operations
(see Figure 1 below).

The reason for differentiating between ASI and XPOL is that XPOL signals and information about signals on the XPOL are normally easily available, while ASI is often caused by VSAT networks operating on neighbor satellites operated by competitors, and antennas may not be readily available to monitor the adjacent satellite. Also, operators may be protective in sharing information about services on their satellites. 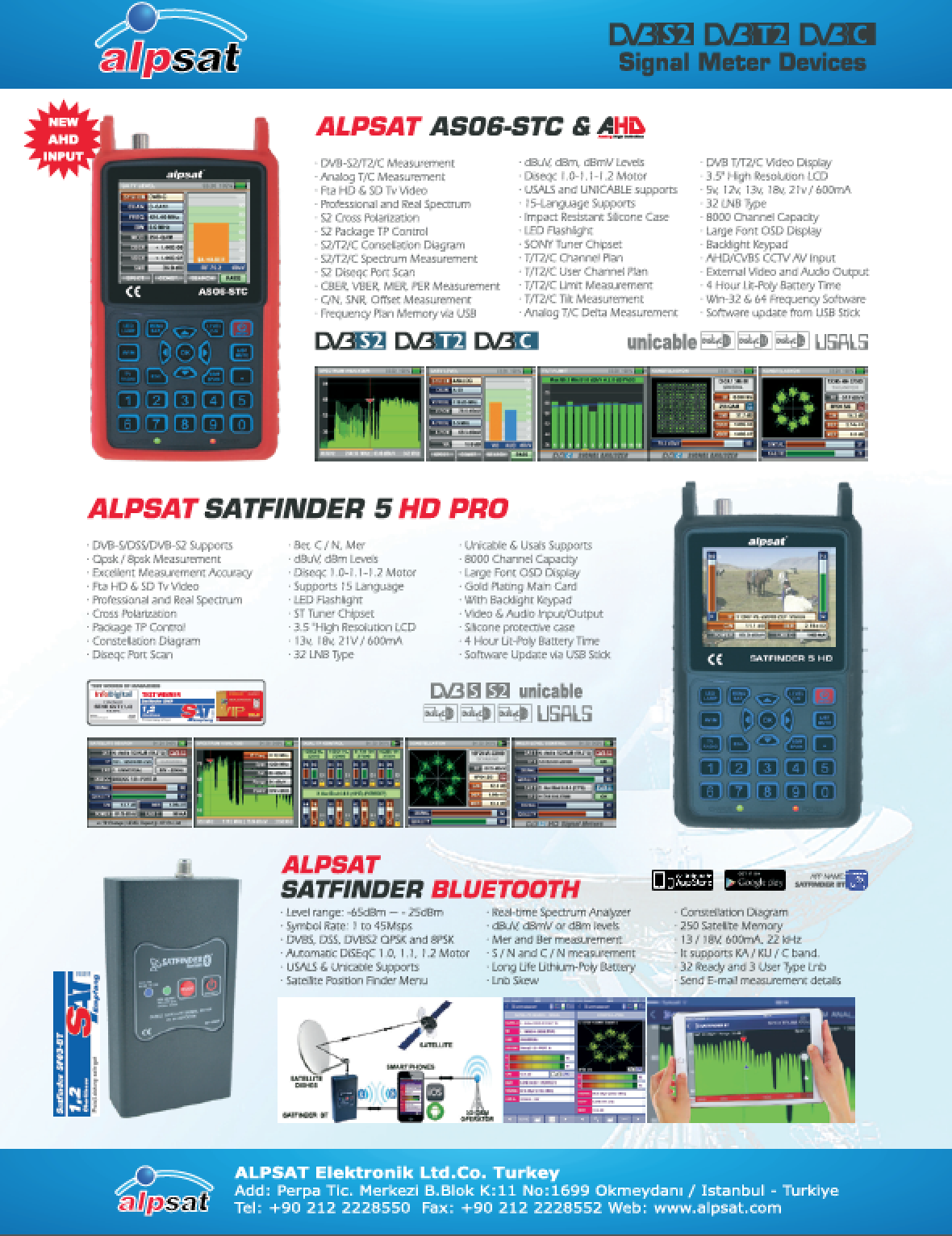 SatGuard reports the power level in the interfered channel for all terminal IDs. Only the terminals transmitting with a power level exceeding the user-defined threshold are reported as a source of interference.

SES Experience
SES is a good example, having used SatGuard operationally for more than 18 months with systems deployed across its global network. According to Chris Grogan, the Senior Vice President of Customer Service Delivery at SES, said, “Issues caused by MF-TDMA systems contribute to almost 50 percent of all of our interference events. SatGuard has transformed our capability in dealing with these problems and we routinely work with adjacent satellite operators and service providers, giving them specific terminal information in order to expedite resolution of any problems. We have had cases whereby the time taken from receipt of a complaint, through the analysis and escalation phases to permanent resolution of the problem has taken less than 10 minutes.”

These features will soon become an integral part of the industry leading Monics® RF Management product suite, including carrier monitoring and interference detection, used by the majority of the of the world’s largest satellite operators, service providers and telecommunications providers to monitor over 200 sites in 60 countries around the globe.

Geolocation
Geolocation is often used in cases of interference. Previously, geolocating a VSAT system has been a difficult and time consuming effort. Now, however, SatGuard technology has made VSAT geolocation possible within satID®, Kratos’ geolocation product. As well as enabling the precise location of an interference source, geolocating VSAT terminals has a number of additional and important uses: 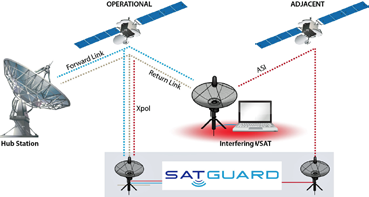 Of course, with VSAT terminals being mobile in nature, the location of those terminals could be changing constantly, so being able to track this on an ongoing basis can ensure all of the aforementioned, as well as solving interference far more quickly.

Optimize Satellite Operations
One of the most effective ways of ensuring an interference free environment is advanced ongoing monitoring. Through active monitoring of VSAT terminal interference levels on regular basis problems can be detected as soon as they occur and before any service interruption or degradation can affect and negatively impact operations and revenues. SatGuard enables ongoing monitoring, which means that VSAT interference becomes manageable in the same way continuous carriers are monitored.

The bottom line is improved customer satisfaction via better quality of service (QoS) for your customers and minimization of high contract penalties and SLA credits for you.