IBC forms an important reference point in the business timeline of any broadcast equipment manufacturer or systems integrator.

SORBAS brings together into a unified product series a range of devices developed through the firm’s twin roles of manufacturer and a provider of completed, customized systems. Central to this product family is the HCS-Core which was announced at IBC2015. This is used as a control element for tasks such as switching downconverters, integrated receiver/decoders, digital video broadcast encoders, high-power amplifiers and waveguides. The other products in the series are field-proven and in successful operation at many locations around the world, forming elements of Hiltron’s own systems and those designed by systems integration partners in many countries. 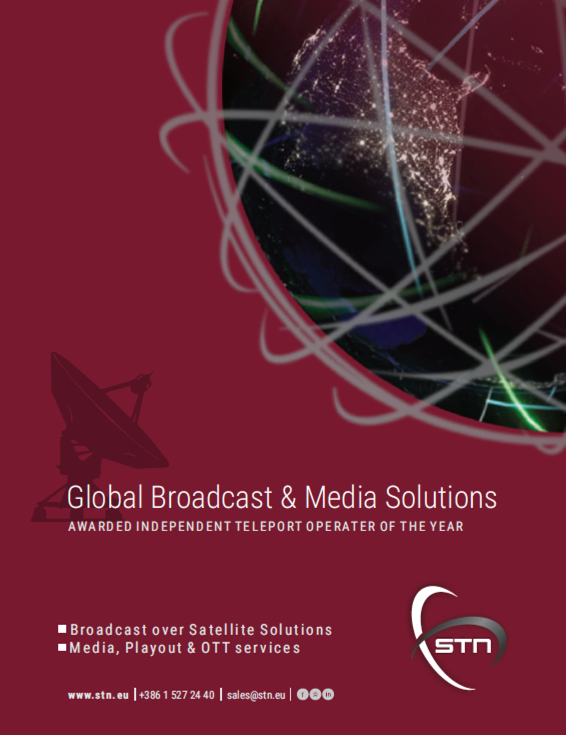 The HCS-Core element of SORBAS is available in 2U high full-rack-width and half-rack-width versions. The full-rack-width model can accommodate up to 16 modules and is Hiltron’s largest and most versatile SATCOM controller to date. The current range of cards includes a monitor, control and power supply for fiber optic devices, a fiber-optic switch, LNB redundancy systems for C- and Ku-band, HPA redundancy control, redundancy for DVB MPEG encoders/modulators/IRDs and a generic monitoring and control module.

The Hiltron HACU is designed to control three-axis motorized antennas. The antenna control unit and associated motor-control electronics are contained in an IP65-rated weatherproof outdoor housing with a hinged front access port secured by dual key screws. The HACU can be operated from a PC running a graphic user interface compatible with standard web browsers. The control GUI displays all the information required to set and maintain azimuth, elevation and polarization, including current and target positions plus a database of potential accessible satellites.

HMAM is a high-precision motorized satellite antenna mount designed for two-way VSAT communication or receive-only downlink applications and can be used for a wide range of applications, including broadcast and telecommunication downlinks. An optional motorized feed changer allows the head to be moved quickly to a new position for switching between frequency bands.

HMAM comes complete with professional-grade drives for azimuth and elevation plus a high-accuracy polarization drive. The combined head and drive form a three-axis motorized mount with 180 degrees of azimuth adjustment, 90 degrees of elevation adjustment range and fully adjustable polarization.

The Hiltron HDCU-E is a combined ice-sensing and dish heating controller for use with large satellite antennas and is capable of handling up to 450 kilowatts of power across multiple heating groups. Each group is divided into three, independently controlled heater arrays. Each array, in turn, feeds as many as three antenna heater circuits. 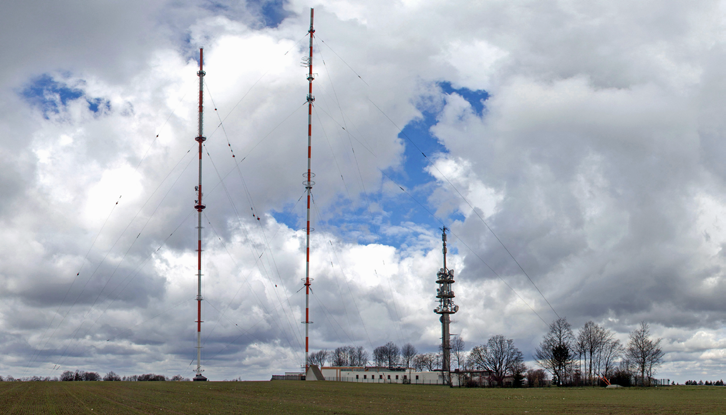 The Dillberg transmitter site in Bavaria, located on the 595 meter high Dillberg Mountain. Photo is courtesy of Hiltron Communications.

A four-group configuration, for example, allows control of 12 arrays addressing a total of 36 heating circuits. This modular control approach permits easy configuration of parameters such as antenna size, number of heater pads and the power requirement of each pad.

Snow detection is via a reflective sensor with a polarizing filter. Each heater circuit is individually supervised and controlled via user-adjustable minimum and maximum thresholds. Sequential switch-on is performed within the controller to prevent rapid changes in current load when the antenna heating process is activated or deactivated. Sequence timing is user-configurable.

DAB Distribution Uplink Project in Southern Germany
In November of 2015, the company completed a project on behalf of a major broadcaster in southern Germany for the provision of two satellite uplink stations. These have been integrated in main and redundant roles as part of a nationwide expansion of the digital audio broadcasting network. The first station comprises a 2.4 meter receive/transmit antenna with a 1+1 redundant signal processing and waveguide switching, two block-upconverter power amplifiers, two modulators and a low-noise block downconverter for return reception check. The second station is designed to function as a weather redundant backup. 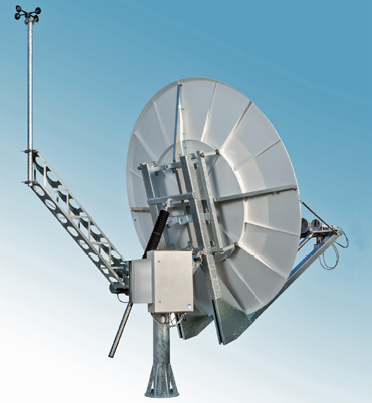 The project included installation at ground stations in Ismaning near Munich and at the 595 meter high Dillberg transmitter site. Both stations are monitored and controlled by Hiltron HMCS software.

SNG For A Major German Public Broadcaster
In March of 2016, the firm initiated a satellite newsgathering vehicle project for one of the largest public-service television and radio broadcasters in southern Germany. This project centered on the integration of a complete satellite communications system, which will allow news or outside broadcast crews to deliver video and audio content to the network’s main studios from practically any location.

This order is the first of its kind for this alien and was won on the basis of recommendation after the customer recognized the excellence of an SNG installation Hiltron provided fairly recently for a public service broadcaster in northern Germany. A complete system has been designed, including a routing matrix and dual 250 watt solid state microwave power amplifiers that a 1.8 meter diameter dish antenna, which will be mounted on the vehicle’s roof. A microwave receive channel will also be provided and integrated for this client.

The entire system is operated via a Hiltron HMCS monitoring and control unit in conjunction with a Hiltron HSACU antenna controller which is designed specifically for satellite newsgathering applications. Installation, technical integration cabling and testing will be completed ahead of scheduled delivery during Q3 2016. 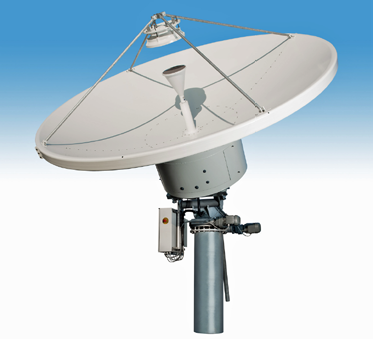 Hiltron HMAM Selected For Global Satellite Tracking System
In May of 2016, the installation of a global satellite tracking system was completed for one of the world’s largest aerospace companies. The system includes six Hiltron HMAM motorized satellite antenna mounts integrated with a Hiltron HACU antenna control unit and associated motor-control electronics.

Each of the six installations is configured to operate in main-plus-backup roles. Two are located at ground stations in the southern hemisphere, two in Europe and two in North America. Each HMAM mount supports a 2.4 meter dish and is fitted with a wind sensor which activates a safety lock if wind speed exceeds 80 km per hour. The system will be used in a variety of modes to ensure continuity of the client’s satellite network.

Navy Communication System
In June of 2016, a data and voice communications systems was finished for one of the largest naval fleets in the NATO Maritime Group. The project was carried out in partnership with a major European company that specializes in naval electronics. This was the latest project in a series with this particular partner which has been ongoing on a ship by ship basis since 2011.

Each installation provides the codec facilities needed for secure satellite-based communication between vessel and land, including IP network access and vocal telephony. The previous systems have proven to be highly reliable and are based on Vocality codecs which are among the most efficient of their kind currently available.

Ship to shore communication is a vital aspect of naval operation and is much easier to achieve using satellite links than traditional radio technology. Vocality multiplexers provide the full range of user-facing connectivity, while managing the bandwidth used in multiplexing the services between locations.

Four variations are available: portable V25 and V50plus and rackmount V150 and V200. Each voice and data multiplex offers a different layout and density of ports such as voice, Ethernet, serial data or ISDN. As they all operate the same software, their management interface is nearly identical and they are all interoperable.

Latvia Teleport Satellite Expansion Ahead of Rio Games
In July of 2016, Hiltron completed a SATCOM project at a major teleport in Latvia. A combined endeavour with Danmon Group Sweden, the project includes a five-channel satellite link that will carry television content to Europe from the 2016 Summer Games in Rio de Janeiro. Central to the contract is the provision and integration of 3.6 meter satellite dish on an HMAM motorized mount plus a Hiltron HACU antenna control unit and an HDCU-E ice-sensing and dish heating system.

IBC2016
At IBC2016, Hiltron will be promoting a full range of SATCOM products and system integration capabilities as well as showcasing the firm’s ability to provide long term technical support for their own or third-part-designed systems. This latter capability is in growing demand, as system owners and operators are allowed to focus fully on their own core business. If attendance at IBC2016 is scheduled, come and visit Hiltron’s latest offerings onstand 5.B80.
www.hiltron.de/

Established in 1979) Hiltron GmbH provides turnkey systems of any required scale for customers world-wide. Part of the Danmon Group, Hiltron operates from headquarters at Backnang near Stuttgart, Germany. These facilities include a large technical operations area with high access doors and ceiling, capable of accommodating satellite link vehicles and their roof-mounted antennas.

Solutions offered include the design, integration, and realization of complex ground stations for sending and receiving signals to and from satellites. The systems operate at all commonly used frequency bands, with antennas of up to 11 meters. Hiltron is also a leading supplier of premium satellite newsgathering (SNG) uplinks for the German market—broadcasters can use reliable, fully redundant satellite links mounted on their trucks or vans. Hiltron is a distributor for world class manufacturers of SATCOM technology for modems, encoder and decoders, solid state power amplifiers, TWT amplifiers, low noise block downconverters and upconverters. The company’s technical solutions are complemented by fiber-optic systems, microwave point-to-point links and IP networks.