The satellite industry, NSR included, has not been shy in recent months about trumpeting the relative success the sector has had in sliding through the recent global economic turmoil relatively unscathed. It is certainly true that the satellite industry as a whole has managed continued strong growth in the face of the worst economic crisis since the Great Depression of the 1930s. Still, the world “relative” is key because there have been some signs of weakness in a few key markets with North America, interestingly, seeing perhaps the greatest negative impact of any region from the point of view of commercial satellite operators operating therein.

A perfunctory scan of quarterly report press releases from the two major satellite operators in the North American market, SES and Intelsat, does not appear on the surface to indicate any weakness in the region. However, comments and detailed reading of SEC quarterly reports does reveal some of the softness being seen in North America. For example, SES Chief Financial Officer Mark Rigolle commented in the July 31st, 2009, conference call presenting his company’s Q2 2009 results that North America “has been the most difficult and lowest-growth market we have”. And buried well down in both of Intelsat’s Q1 and Q2 SEC quarterly reports were notes regarding a “decline in revenue from media customers primarily in the North America and the Latin America and Caribbean regions” despite earlier reassuring statements in the same reports that “all regions reported revenue increases, with the North America, the Asia-Pacific and the Africa and Middle East regions showing the strongest gains”.

Where lays the truth in these at times contradictory statements? As is usual, there is no simple explanation, and instead the North American market is subject to a number of both positive and negative trends. On the C-band side of the business, video distribution and contribution services by far dominate, and it is here that NSR sees probably the weakest, at least in the short-term, area for North America.

While greatly diminished in recent years, there still remains a fairly substantial number of analog channels and feeds serving the North American market. Even as both SES and Intelsat announced new SD and HD channel launches over the course of 2009, it must be remembered that the conversion of the analog channels and feeds to digital often frees up capacity to accommodate this channel growth, and this implies that a new channel launch does not necessarily translate directly to a net gain in leased capacity. This analog conversion may well be at the core of Intelsat’s comment on declining revenues from media clients in North America.

Further, both SES and Intelsat (with just about every other operator the world over) have been using the issue of relatively tight supply in many markets as a means to increase capacity pricing. In fact, a fair share of the revenue growth reported over 2009 has not come from new capacity leasing but for higher prices that are utilized in capacity renewal contracts. 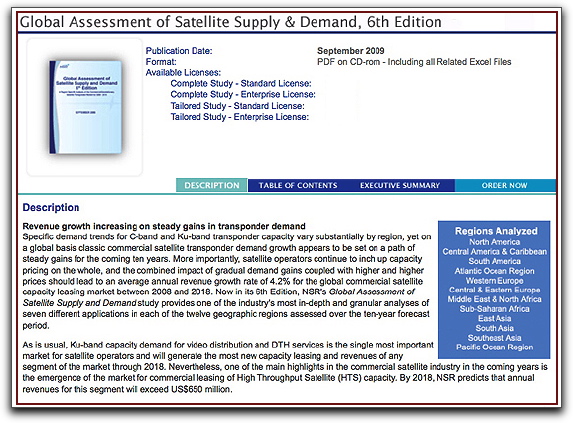 Yet, supply in North America (especially C-band supply) is not nearly as tight as it is elsewhere in the world. It is true that a number of key cable headend satellites serving North America are full or nearly so. Yet, there are also a number of C-band payloads in North America with relatively low fill rates. Further, the shuttering of the IP Prime service in North America probably released a substantial amount of free C-band capacity into the North American market, and this was likely in part what Mr. Rigolle was alluding to for the region. It is much harder to push up capacity pricing in a market where there is still available capacity and many broadcasters are launching new channels on already existing capacity they have under contract by simply taking advantage of their analog migration. 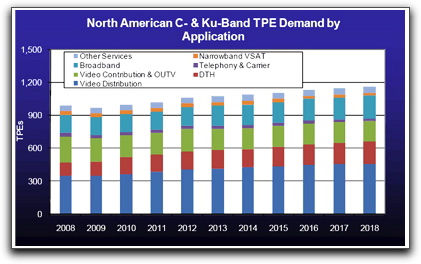 The chart above is from NSR’s Global Assessment of Satellite Supply and Demand 6th Edition study clearly shows the dip in demand in 2009 that is mainly coming about due to the end of the IP Prime service, plus the analog conversion issue that was accelerated by the analog terrestrial TV switch-off in North America in the middle of the year. Nonetheless, NSR remains positive over the longer-term for growth potential in the North American C-band market for a number of reasons. First, the analog conversion process is slowing as there are fewer and fewer analog channels or feeds to convert, and this means that any new channel launch in the future will likely lead more directly to the need for media clients to lease additional capacity. Additionally, as the economy in North America recovers in 2010 and 2011, NSR expects a spurt of new channels to go on air as delayed channels are rolled out and new players seek to enter the media market in North America.

Turning to the North American Ku-band market, the leading markets here are broadband and networking services, DTH and video distribution and contribution. Leased Ku-band transponders for broadband Internet access services have declined in 2009 for North America as Hughes has been slowly returning capacity to satellite operators as it grows its HughesNet subscriber base on its Spaceway-3 satellite, plus the major corporate VSAT networking market slowed considerably in 2009 as many companies have put off plans related to new VSAT networks or upgrades/expansion of existing VSAT networks. Fortunately, the corporate VSAT market will likely see a turnaround in 2010 and 2011, as with C-band video distribution and contribution, as economic conditions in the region improve. 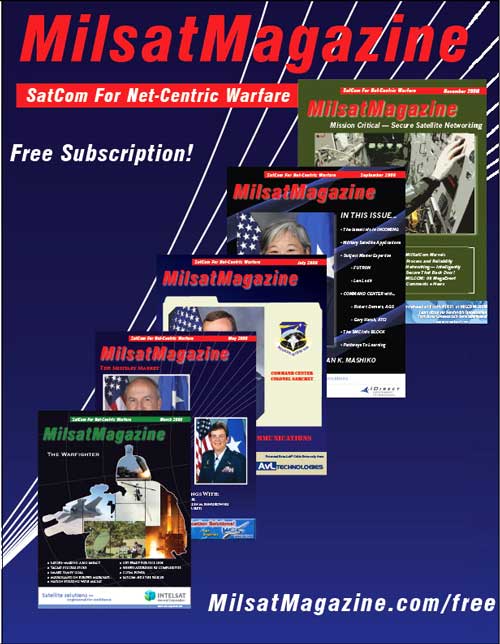 While broadband and networking were the weakest Ku-band markets in North America in 2009, DTH is the strongest, and this segment has seen little impact from the global economic issues. Ciel Satellite saw its completely leased Ciel-2 satellite enter into service in 2009, and Telesat has pre-sold the entire capacity on its upcoming Nimiq-5 satellite. Plus, farther into the future, the QuetzSat-1 satellite is also entirely presold. However, much of the DTH market in North America is “pre-baked”, and the economy one way or another would have little impact on expected growth here.

Falling in between DTH and broadband and networking markets are Ku-band video distribution and contribution services. There are no Ku-band analog channels being carried in North America, though a few analog feeds still remain. NSR expects some analog feed migration within the Ku-band market in North America for 2009, and this could cause a short-term decline in Ku-band demand, though it is likely that much of this capacity will be reused for carriage of new SD and HD channels for ethnic and specialty services in the region. And, as with C-band, as the analog migration process completes itself in the coming few years, any new channel or occasional use demand will translate straight into new Ku-band leasing.

Yes, the North American satellite market has dimmed somewhat in 2009, and this has no doubt had a real impact on players in the market. Yet, as described above and detailed in greater depth in NSR’s 6th Edition study, some of the market issues in North America are independent of the overall economic conditions and would have occurred even if times were good everywhere. NSR is quite confident there are no real systemic, long-term issues in the North American commercial capacity leasing market. Within a few quarters, the North American region will likely wax bright again for satellite operators serving the region.

Northern Sky Research (NSR) is an international market research and consulting firm specializing in telecommunications technology and applications. NSR primary areas of expertise include satellite and wireless networks, emerging technology, and media applications. Their services and clients cover the entire globe. With extensive expertise in all geographic regions and a number of telecommunications sectors, NSR is a leading provider of in-depth market insight and analyses. Since each NSR product is based on future perspectives, our analyses allow our clients to stay a step ahead of the competition.