Charlie Ergen is the co-founder (with his wife Candy and Jim DeFranco) of EchoStar and Dish Network and is a firm believer in the value of spectrum. Ergen, famous — or perhaps wonderfully notorious as being a barred but still enthusiastic poker player — as well as an extremely savvy holder of the majority of voting rights in his businesses, is investing a modest $50 million in OneWeb which (as of this writing) is currently in bankruptcy protection. 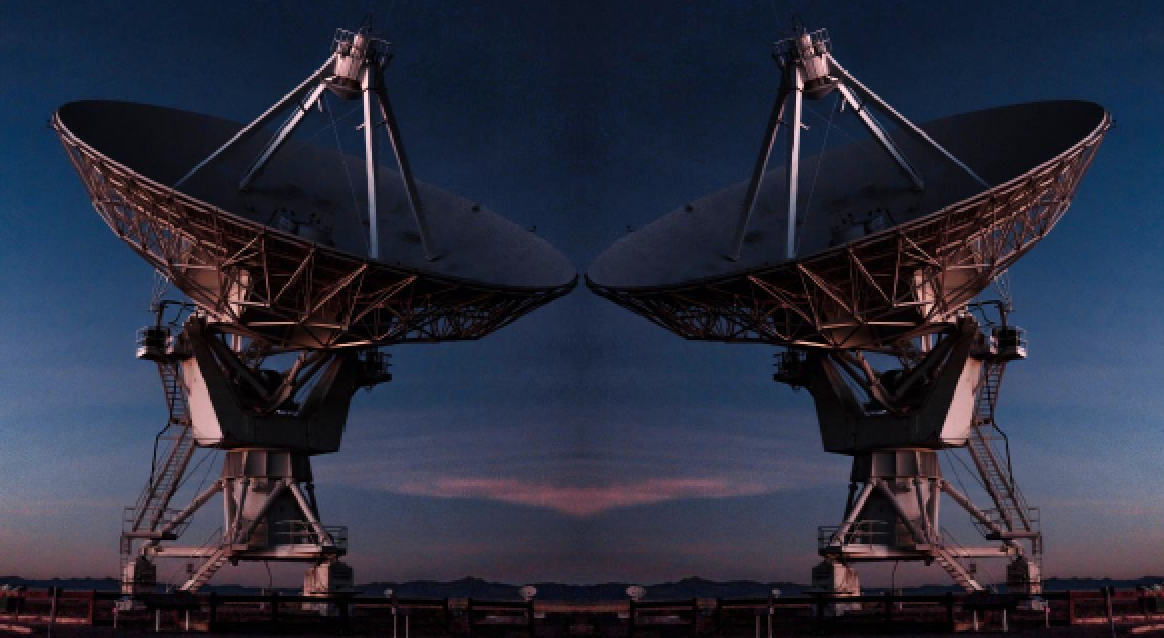 Indeed, investing $50 million into the consortium that is purchasing bankrupt OneWeb could be extremely lucrative for EchoStar subsidiary Hughes Network Systems / Hughes Connects (HNS). The existing partnership between the UK’s government and Bharti Global could see the pair’s 45 percent equity stakes reduced slightly by the EchoStar/HNS stake. Currently, the HNS offer is “in principle” and a signed agreement will emerge once the bankruptcy exit happens. 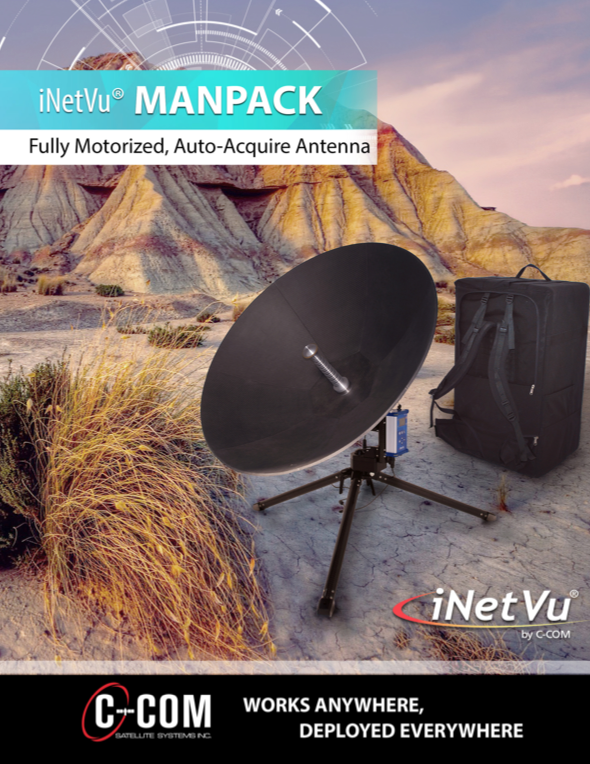 The UK is expected — once the OneWeb bankruptcy is cleared — to hold a so-called controlling ‘golden share’ in OneWeb, while other secured lendvers (including Japan’s SoftBank) will hold approximately 10 percent of the restructured OneWeb.

Hughes was an original investor in OneWeb and is now likely to regain around $300 million in contracts for at least some of OneWeb’s important, ground segment installations. HNS, via EchoStar, signed their contract with OneWeb in November of 2017 for the ground segment business.

The $50 million new investment duplicates the modest $50 million amount initially invested with OneWeb as long ago as 2015 and comes with additional help from the core relationship that already exists between Hughes and Bharti. The two are in the process of combining their satellite-related businesses in India (under the Hughes Communications India and Bharti Airtel companies).

A Tweet from OneWeb on July 27 said, “We are thrilled [that Hughes] is joining the platform and happy they are continuing their support and look forward to continuing our work together.”

HSN — and EchoStar — should benefit from their relationship. Bharti holds a potentially renewed contract with OneWeb to give that company exclusivity for India as well as some of the adjacent nations, and also Africa. HNS has annual revenues of some $1.39 billion. EchoStar bought the business in 2011 for some $2 billion. On May 7, HNS reported that it had 1.5 million broadband customers, including 267,000 in Latin America. The revenue split was between consumer (66 percent) and business (34 percent).

However, Ergen, reportedly worth around $10 billion, has also mopped up priceless spectrum over the US. Ergen tried to acquire London-based Inmarsat in 2018 — he did win a $1.4 billion acquisition of ‘Boost’ from Sprint and the ability to create a 4th national wireless operator for the US.

In fact, OneWeb’s 600+ satellites could be a highly useful backhaul facility for Ergen’s new US cellular network and a ‘win-win’ for HNS.

The new move into OneWeb means that Ergen, plus perhaps Bharti, places the companies head-to-head with Elon Musk and Jeff Bezos who harbor their own broadband ambitions. The two billionaires are both ‘johnny come lately’ to the satellite and rocket business. Ergen was in this space decades ago crying genuine tears of relief when EchoStar 1 successfully launched aboard a Chinese rocket in 1995. 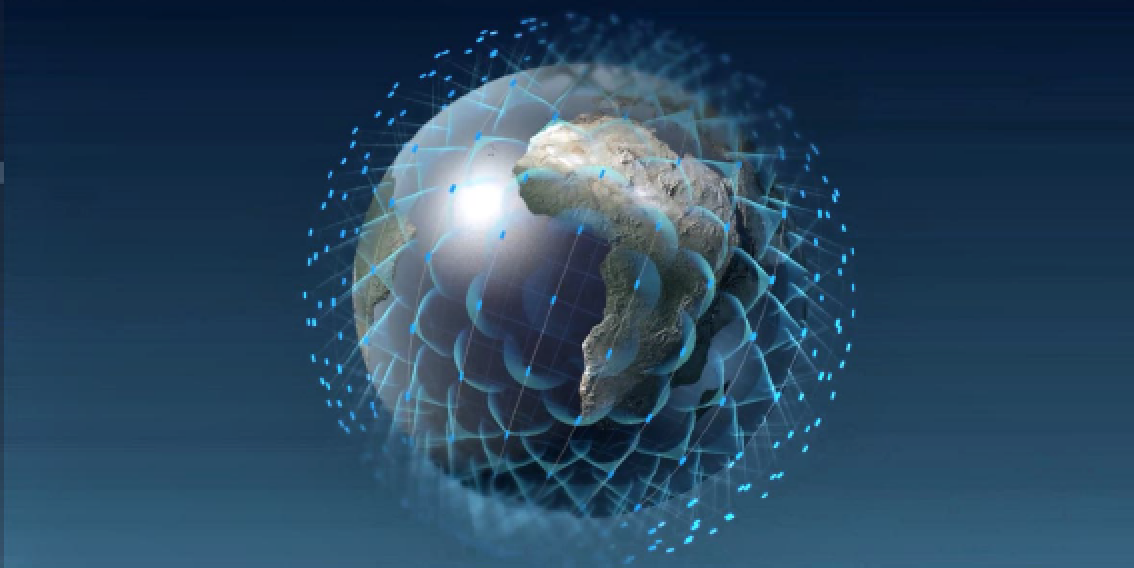 Ergen and Jim DeFranco had already been in the satellite business for years prior to the Chinese launch. The two had sold C-band television systems since 1980 on a near door-to-door basis to residents of rural Colorado.

Ergen applied to the FCC for a Direct Broadcast Satellite license as early as 1987. In March of 1996, EchoStar launched the DISH Network brand and brought low-cost, satellite TV reception to the home satellite market.

In other words, Musk (aged 49) and Jeff Bezos (aged 56) were but children when Ergen was getting his fingernails dirty installing dishes around Denver. Some wits have even suggested that Charlie’s C-band dishes should be named Colorado’s state flower. (That flower is actually the Rocky Mountain Columbine, pretty far less impactful than an Echosphere dish).

But Musk’s Starlink system is almost up and running. Reports suggest that SpaceX is sending signals to ‘friends and families’ of the company. While the company has some distance to go to achieve the thousands of satellites the firm requires for a truly global service, the current target is to have a basic working system up and running later this year and 1,594 in place by late 2021... or early 2022. The end target is for a massive fleet of some 12,000 satellites (as approved by the FCC) and perhaps as many as 30,000 (if an ITU spectrum application is approved).

Musk has reportedly been looking to raise another $1 billion of working capital for SpaceX.

Bezos and his Project Kuiper is a self-admitted “long-term initiative” to populate the planet with 3,236 LEO satellites by the end of this decade. Bezos, like Musk, is building his own rockets and the Blue Origin fleet will be capable of getting to the Moon “this time to stay,” which his team is building “step by step, ferociousl.”

Artistic rendition of the EchoStar-1 satellite.

Set against this enthusiastic pair, OneWeb has a few challenges to face. The company’s current fleet is comprised of just 74 craft on-orbit (which is 74 more than Bezos has managed) out of an initial fleet of 648. OneWeb, subject to their bankruptcy ending and new terms being agreed upon, also has its own satellite factory at Exploration Park, Florida and, even though the launch cadence has slowed, the firm continues to build satellites.

Key to any success for these mega-constellations is tapping into new audiences and the growth in demand for fast broadband. Viasat of California has proven that a market does exist for consumer broadband and is investing heavily in geostationary satellites (notably their Version 3.0 craft) for the US, Europe and Asia. 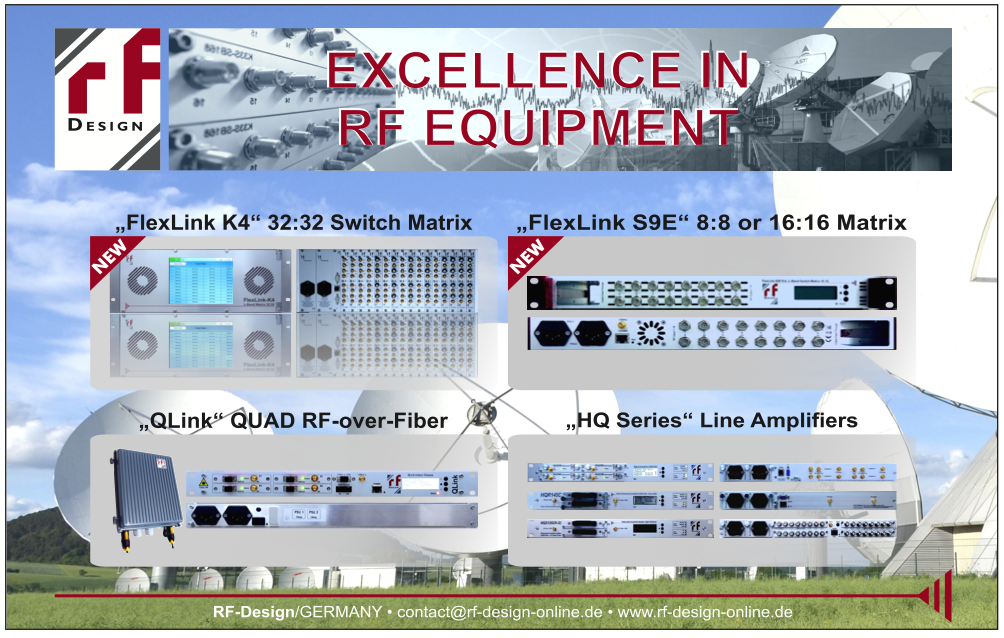 Of course, Ergen via Dish as well as Hughes, have a large potential audience and a direct billing relationship with each of their customers. The opportunities for offers and introductory discounts for OneWeb via Dish/HNS is obvious. Moreover, Dish fully understands the importance and potential impact of managing ‘churn.’ Plus, their influence extends well beyond the United States and they are expanding into Central and South America as well as India — and to date, all from geostationary craft.

It remains to be seen as to what extent OneWeb is even targeting ‘direct-to-consumer’ services. To date, OneWeb has focused on creating ground terminals that are intended to serve communities, whether at rural town halls, schools, doctor’s surgeries or isolated retail shops. OneWeb also has maritime and aeronautical usage in its sights, but then again, so has every LEO operator.

Bharti’s involvement in ‘new’ OneWeb is seen as crucial. That company has direct billing relationships with some 400 million Indian customers and a proven ability to launch and manage their client base. Bharti’s overseas potential for OneWeb is, undoubtedly, quite significant. Bharti also has pockets deep enough to cough up some of the couple of billions of extra cash that will be needed by OneWeb to build, launch and finance the next few years of its operations.

The role of Amazon’s Jeff Bezos and his Project Kuiper cannot be underestimated. Bezos has the cash, the ambition and, via Amazon, a billing relationship with millions upon millions of consumers, not the least being his Amazon Prime Video and shopping services. Bezos also has the deep pockets likely to be needed to bring his ambitions to fruition... but so does Charlie Ergen.

These four: Musk, Bezos, Ergen and ‘new’ OneWeb will all be worth watching in this new mega-constellation race. However, let us not forget the other major ‘runners and riders’: Viasat, Telesat and the many regional players who are active in either LEO or MEO.

Senior Columnist Chris Forrester is a well-known broadcasting journalist and industry consultant. He reports on all aspects of broadcasting with special emphasis on content, the business of television and emerging applications. He founded Rapid TV News and has edited Interspace and its successor Inside Satellite TV since 1996. He also files for Advanced-Television.com.