The maritime industry is going through a period of unprecedented change and disturbance — physical events, technology changes and policy shifts are acting on shipping and ports in almost equal measure. 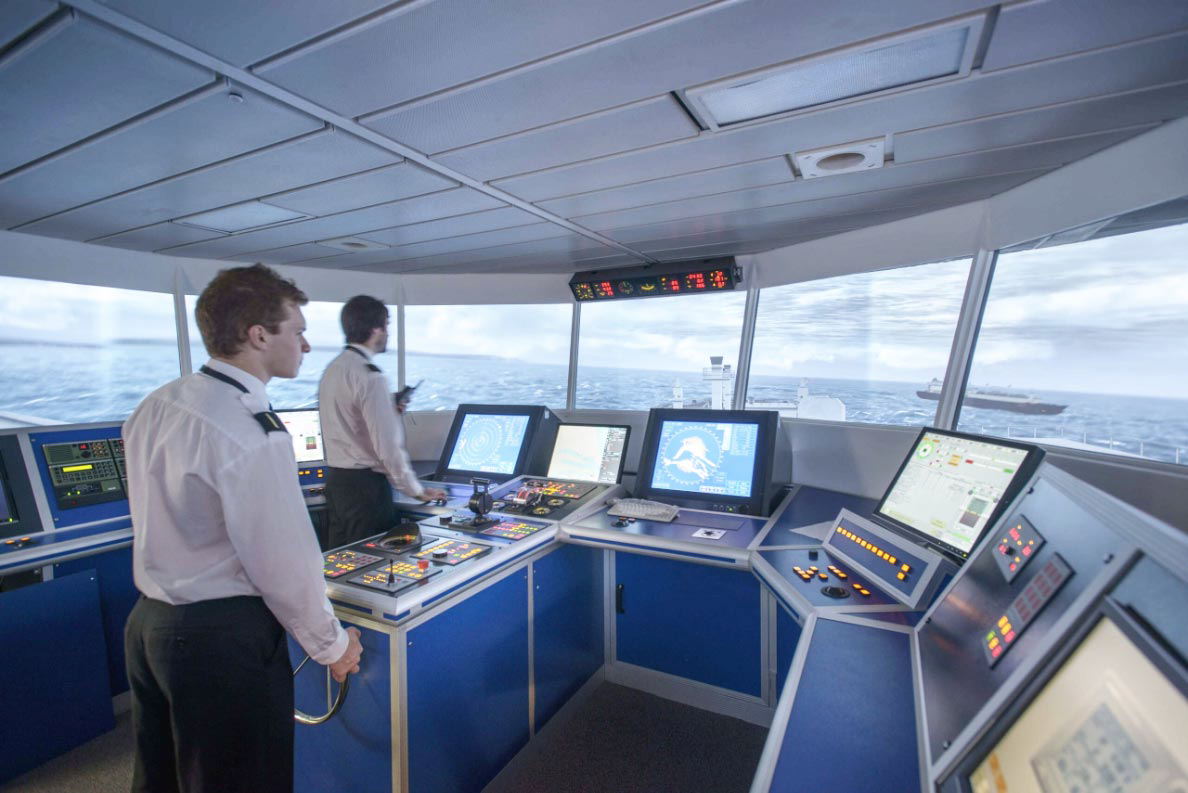 The enduring change is that digitalization and decarbonization will impact the future of the industry. The pace of these effects will increase in velocity over time, as barriers to entry fall and demands for improvement increase.

To achieve this requires the rethinking of our attitudes to the technology that will drive digitalization and enable decarbonization. 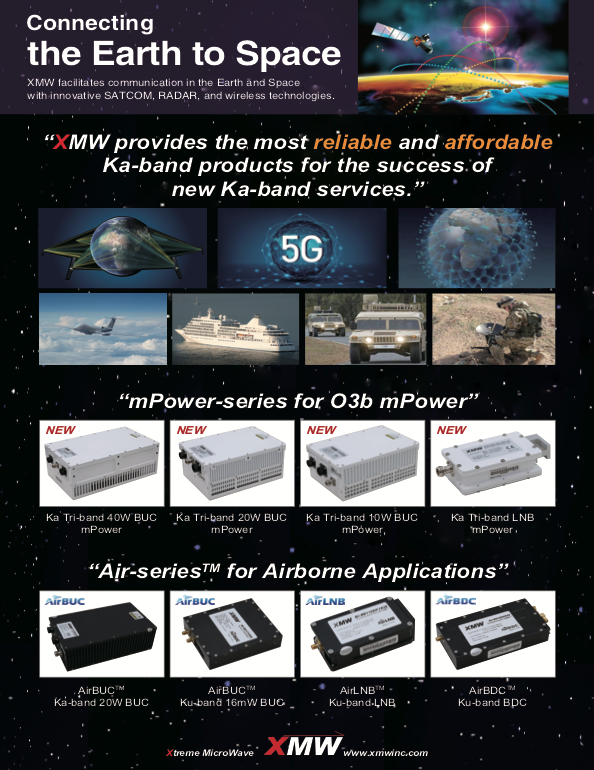 The regulatory agenda is another driver of this platform for change. Regulation is about to become much more important for all owners deploying any kind of IT or digital systems. Regulation will demand a far higher level of compliance and disclosure, whether ships have a basic network or complex ship-wide systems.

Just as all shipowners that want to maintain their competitive position and improve efficiency need a plan for digitalization and sustainability, they will need one for cyber compliance too.

Shipping is experiencing the rapid adoption of digital tools and services for understandable reasons — any technology that promises greater efficiency and reduced costs will gain traction; however, challenges must also be faced head-on by the industry.

The first is that digitalization demands full commitment. Rather than treating business units or assets as discrete elements, it demands that companies undergo a top to bottom transformation, so that ‘the business’ and its business model is enabled by sets of common digital tools, processes and services. 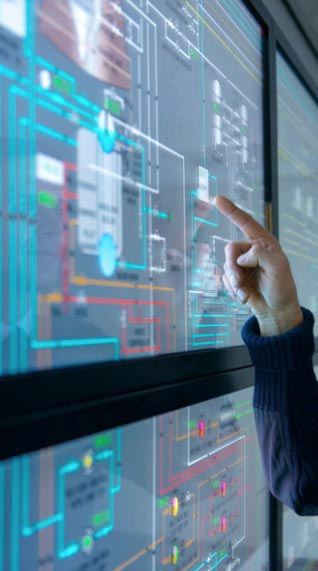 Research conducted for Marlink found that large parts of the maritime industry already consider themselves ‘digital-ready.’ More than two-thirds of the companies stated this included a clear and established strategy for satellite communications (SATCOM) and IT solutions.

However, while these companies agreed they are ‘digital-ready,’ only 30 percent of them believe they were well-advanced in progress with their digital transformation strategies. In other industry sectors where digitalization is taking place, the figure is closer to 60 percent.

The second issue is sustainability. A digital business should be a much more efficient business, but it will also have to meet increasingly stringent regulation and performance improvements to satisfy charterer and consumer demands.

In the short term this has meant increasing efficiency to reduce emissions and save cost. In the long term, it will mean adopting new performance technologies and fuels, not all of which are yet available.

The third driver, cybersecurity, continues to be an issue of concern within the industry, despite progress in raising awareness of the risks, from the chief executive to the chief mate. It was not long ago that IT departments were lobbying for the resources to build a cybersecure business infrastructure based on expected threat rather than experience.

A series of cyber-attacks and hacks changed all that, not the least being that the world’s largest shipping company could have its operations all but halted, as the recipient of collateral damage to a cyber-attack that was actually aimed elsewhere. 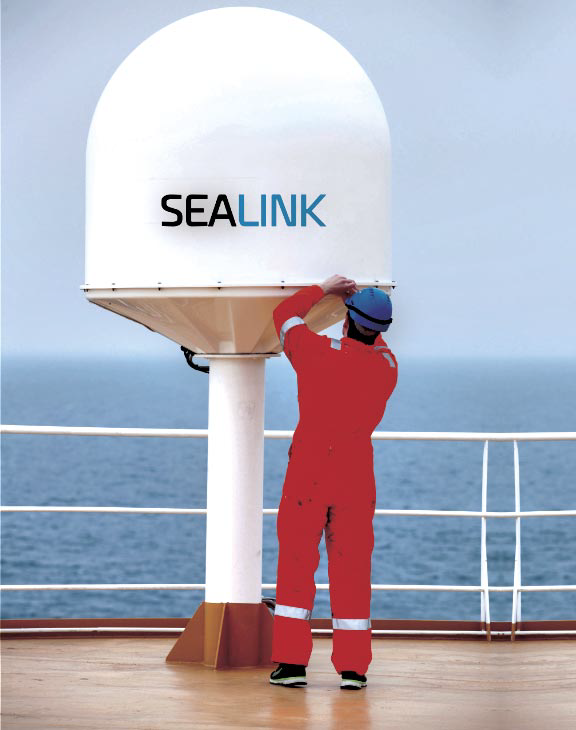 The relentless need to reduce costs and remain competitive has overturned the recurrent perception that the maritime industry is slow in adopting innovations and new technologies. While this may not always have been the case in the past, it appears digital technology has been adopted by large parts of the industry, but the scope and degree of sophistication vary significantly.

The first building block is connectivity, which has become ubiquitous far beyond the required minimums, with market dynamics increasing choice of services and driving down costs for end users. Options are increasingly wide and blended from VSAT through L-band to 4G, with sophisticated connectivity supporting cloud storage approaching applications like ‘edge computing’ with data processing happening onboard vessels.

Nearly half of the shipowners and managers polled by Marlink ranked new and better ship to shore connectivity as the most valuable technology, with the second most valuable identified as standardized networks and IT infrastructure onboard ship. Overall integration of systems and ship-to-shore equipment was ranked as the third most valuable.

The second is accurate and timely data. A decade ago, owners were scratching their heads at uses for Internet-of-Things (IoT) functionality until it became obvious that it could extend beyond high value cargoes to vessel components, even to the hull and main propulsion systems, providing data and information on operating status and condition.

Low cost and higher value data has increased transparency for all concerned and owners and charterers alike quickly realized that having more data on the voyage itself can drive down voyage costs and incentivize the reduction of pollution and greenhouse gas emissions.

Lastly, the need to improve efficiency — against a still volatile fuel oil price curve — has seen the range and scope of voyage management applications increase exponentially.

From the back of any reasonably modern ship’s bridge, it is possible to actively improve vessel routing to avoid weather or risk areas, more accurately schedule passage and arrivals, download navigation chart data as well as receive safety updates; all without touching the regulated front of bridge network.

Digitalization will ultimately create a two-tier shipping market, divided into those owners and operators who have the best access to the latest information and those who do not possess such access.

The difference between this relatively recent position and the days of employing simple but effective means of checking vessel arrivals or departures, or bidding for cargoes, is that almost anyone who wants can pay to access the data on vessel positions, port traffic, weather or other information.

This matters because, in the space of a little over a decade, new targets on environmental efficiency will force the industry to adopt new working practices. Most critically, this includes new fuels as the means of complying with International Maritime Organization (IMO) targets on the reduction of carbon intensity on a vessel by vessel basis.

Collection, analysis and interpretation of every bit of data from ship systems at that point becomes critical — potentially the difference between success or failure to comply. The data that ships produce on their emissions will be reported automatically and this data will inform not just regulations but market measures, including the cost at which lenders make capital available to shipping companies.

New technology and the need for sustainability are two fundamental forces acting on the maritime industry; the other is security of the IT networks on which both rely. The IMO has adopted cyber-security related amendments to the International Safety Management Code (ISM Code), while the tanker sector has already made similar requirements part of Tanker Management Safety Assessment (TMSA) version 3.

While the first represents mandatory regulation, the second is a ‘license to operate’ for owners carrying hazardous cargoes. The ISM Code will require demonstration that action has been taken to address cyber security. TMSA will require shipowners to demonstrate that they have the latest available IT operating system and other software updates as well as specific security patches, either as part of a Port State Control inspection or in pre-qualifying a vessel to carry cargo. 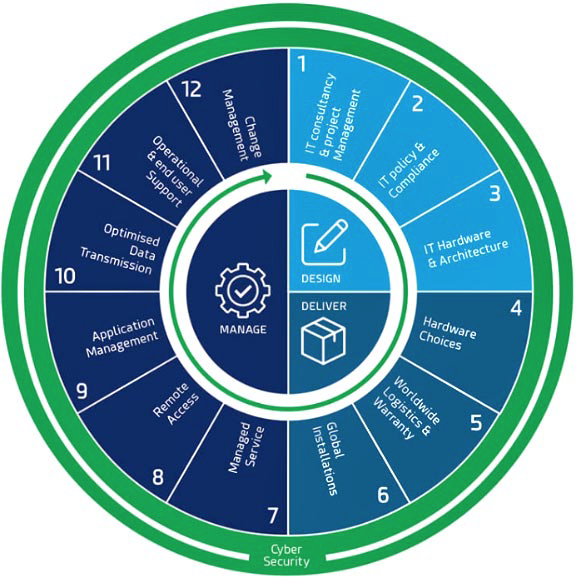 The industry’s largest, long term players are likely to already meet these requirements; however, for an operator with limited IT outfit, they present an unwelcome burden. For one with a sophisticated network encompassing IT and OT, it presents an additional series of tasks for crew unless it can be managed with a minimum of additional administration.

Compliance with voluntary cyber security guidelines until now have tended to succeed or fail on the basis of the human element, relying on an intention to do the correct thing. It is precisely this lack of transparency over how the tasks are performed and the updates recorded that the regulation seeks to change.

Marlink estimates that at least 50 percent of software updates are still performed by the collection of physical media, such as a CD for manual update with the balance performed ‘over the air’ and automatically applied.

Marlink realized some years ago that as maritime connectivity continued to improve, so would shipowners need to shift toward deeper relationships with partners who could support their digitalization and decarbonization strategies and provide them with integrated, compliance solutions.

At the heart of our digital enablement strategy is IT Link, which allows shipping companies to develop, test and deploy IT solutions fleetwide. This can extend from operating system patches or upgrades to applications and even complete ERP systems.

Marlink is enabling owners to transfer these tasks away from crew toward specialists onshore who can develop and implement the programs they need, test them for robustness and share them across a fleet with a single click.

When it comes to IMO2021 compliance, that means crew no longer have to worry about proving their systems have the latest updates. IT Link’s intuitive dashboard provides inspectors with single view of system status.

Unlike some asset management application providers, Marlink believes the data from these shipboard systems is the property of the shipowner and that the enhanced visibility of asset condition is something that they should be able to act on, knowing the data is secure and confidential.

Finally, our use of advanced cloud technology enables the transfer of data with far higher compression and greater efficiency, offering an intriguing glimpse into where the industry is going in terms of access to data and navigation content for ships.

This means a greater number of maritime information vendors can digitalize their products and improve access by mariners to high quality data and applications. This enables services such as ITLink to provide ‘over the air’ security and other updates and offers the potential to provide further applications and digital content for safety, operations and route optimization.

The Future Has Arrived

Regardless of short term shocks and disruptions, the course ahead for the shipping industry is set.

In the medium term, as owners engage with more complex IT network requirements, they will be able to enjoy expanded access to cloud-based applications and storage, increasing asset connectivity and bringing ‘virtual’ systems and applications onboard.

The ability of shoreside personnel to maintain and troubleshoot IT networks and to provide crew with the tools they need to demonstrate cyber resilience and compliance means that seafarers can concentrate on safe operations rather than be distracted by technology.

As the long term trend sees the cost of IT capex, opex and compliance fall over time, the resulting gains in terms of improved voyage performance and vessel efficiency will combine to improve shipping’s environmental profile. This will move the industry toward the goal of digitalized, decarbonized and cyber-secure operations.
marlink.com/

Tore Morten Olsen holds a M.Sc in Telecommunications from the Norwegian Technical University from 1993, and has participated in Executive MBA programs at Wharton Business School in the United States, Insead in France and Stockholm School of Economics in Sweden. He has 25 years of experience in the satellite communications sector, starting out as a technical product manager in 1994 and moving on to hold several senior management positions with Telenor, Marlink and Astrium Services / Airbus Defence and Space, and now most recently heading up the maritime division as President of Maritime at Marlink.