We call them Nanos, Picos and CubeSats—vessels of voyage that 500 years ago might have been the Niña, the Pinta and the Santa Maria. 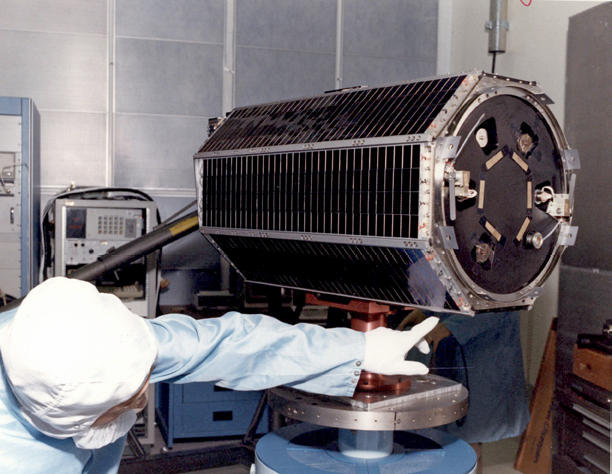 A Look @ History: One of two, Get-Away-Special Smallsats built by Ball Aerospace in the 1980s to launch from the bay of the space shuttle. Photo is courtesy of Ball Aerospace.

From the shores of Spain to the frontiers of space, humanity’s quest for knowledge now includes a small satellite (smallsat) revolution to advance Earth Observations (EO), remote sensing and boundless scientific research and discovery.

Ball Aerospace is currently building an instrument for the company’s first official CubeSat mission. However, the company’s foray into the smallsat sphere began well before this segment became an emerging market. In the 1980s, Ball Aerospace developed two human-rated Smallsats designed for launch from the Space Shuttle.

“Ball’s project included the two small spacecraft plus a release canister to launch the CubeSat-sized experiments from the shuttle’s bay called the modified Get-Away-Special, or GAS can, launch system,” said Mark LaPole, director of Ball’s Advanced Imaging efforts. “Our smallsat design included multiple miniaturized and light-weighted innovative components designed for experimental missions as part of a low cost solution to support research payloads on the shuttle.”

The short-lived Get-Away Special (see photo below), officially known by NASA as the Small, Self-Contained Payloads program, came to an end following the 2003 Columbia Shuttle disaster when NASA redefined their funding priorities. That didn’t stop Ball Aerospace, however, from thinking large and small about the future of critical technologies and capabilities.

Pivot Point
Fast-forward to 2015, when NASA’s Science Mission Directorate announced the agency would fund Ball’s Compact Infrared Radiometer in Space (CIRiS) as part of a program that tests new technologies in space before they become part of a full-fledged mission. The program is called In-Space Validation of Earth Science Technologies (InVEST) in support of NASA’s Earth Science Division (ESD). 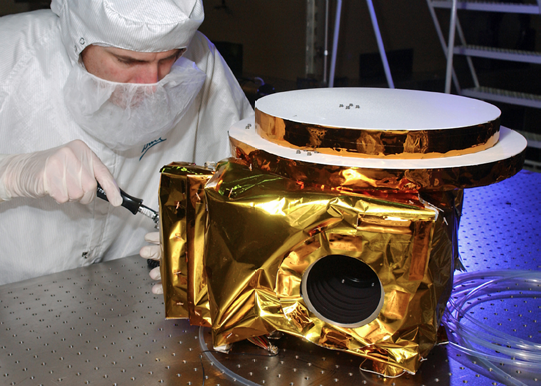 With solar panels folded inward for launch, Ball’s CIRiS could fit entirely within a small shoebox (4x8x12 inches). This volume will encompass an earth-observing instrument and all components for communication, stabilization and other spacecraft operations in low-earth orbit. The CIRiS instrument is an uncooled radiometric imager whose high performance benefits from an on-board absolute calibration system based on new technology developed at Ball.

The CIRiS radiometer joins a portfolio of advanced sensors Ball Aerospace has developed over six decades. 2016 marks the company’s 60th anniversary in the aerospace industry.

COSTAR is one of seven optical instruments Ball has built over the life of the 25 year old landmark telescope, plus two star trackers, five major leave-behind equipment subsystems and more than eight custom tools to support astronauts during servicing missions.

Hello Pluto
COSTAR may have put Ball on the map for the firm’s technical ability to solve hard problems in space, but in July 2015, another Ball camera was taking center stage. It turns out that no matter how far from Earth you travel a picture is still worth a thousand words.

Journalists around the globe proved the adage in trying to find words to describe the first astounding images of Pluto taken by Ball’s light-weight Ralph camera (see photo below). Traveling aboard the New Horizons spacecraft for nearly 10 years, Ralph revealed for the first time maps that show what Pluto, its moons, and soon what other Kuiper Belt objects look like. Ralph’s suite of detectors is fed by a three-mirror telescope with a resolution 10 times higher than the human eye. Small but powerful, the camera weighs only 23 pounds and uses approximately seven watts, the power of a standard night light. 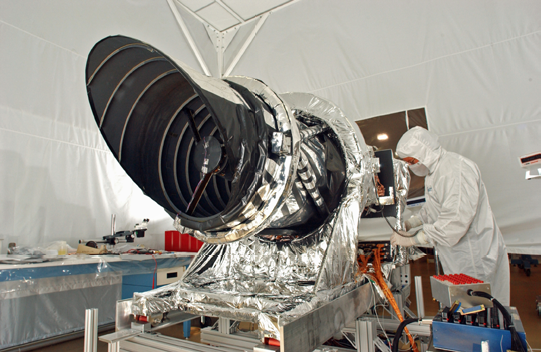 The HiRISE camera aboard the Mars Reconnaissance Orbiter arrived at the Red Planet on March 10, 2006. Photo is courtesy of Ball Aerospace.

Ball engineers who worked on the Ralph camera say the short time they had to build Ralph was challenging, which made the wait to see the mission’s outcome even more challenging.

“We had 20 months to build Ralph, but a decade to wait before we knew whether or not the instrument would last and successfully do what it was built to do,” said Ball’s Ralph Program Manager, Lisa Hardaway. “That’s a long time in our industry to wait for anything.”

The wait proved to be worth it, as Ralph and the companion cameras worked perfectly to capture historic high resolutions images of Pluto as New Horizons passed by the dwarf planet.

A Celebration Of Longevity
The ten year wait for a “mission accomplished” might feel long, but when an instrument lasts that long in the harsh environment of space, that’s cause for celebration. Ball will celebrate two such milestones this year.

First up is the 10th anniversary of Ball’s HiRISE camera (see photo above), aboard the Mars Reconnaissance Orbiter which arrived at the Red Planet on March 10, 2006. HiRISE has allowed the study of the age of Martian features, identified landing sites for future Mars landers, and in general, provided far greater detail of the Martin surface than has previously been captured from orbit. By doing so, it is allowing better studies of Martian channels and valleys, volcanic landforms, possible former lakes and oceans, and other surface landforms as they exist on the Martian surface. 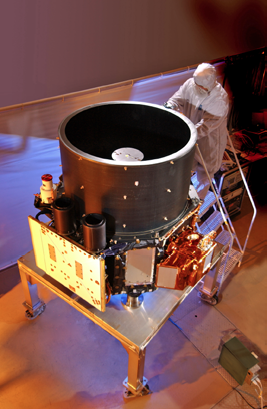 CALIPSO—The Cloud-Aerosol Lidar and Infrared Pathfinder Satellite Observation will mark 10 years in orbit as of April 28, 2016. Photo is courtesy of Ball Aerospace.

As of early 2016, HiRISE had acquired more than 41,000 observations of Mars’ surface in unprecedented detail. The camera operates in visible wavelengths, the same as human eyes, but with a telescopic lens that produces images at resolutions never before seen in planetary exploration missions.

These high-resolution images enable scientists to distinguish 1 meter size (about 3 foot size) objects on Mars and to study the morphology (surface structure) in a much more comprehensive manner than ever before. HiRISE also makes observations at near-infrared wavelengths to obtain information on mineral groups.

A month later, on April 28, 2016, a pair of NASA satellites—CloudSat and CALIPSO—will mark 10 years on orbit. CALIPSO, the Cloud-Aerosol Lidar and Infrared Pathfinder Satellite Observation, and CloudSat were launched into a 705 kilometer (438 mile) circular sun-synchronous polar orbit. They fly in orbital formation as part of the “A-Train” constellation of three other EO satellites that include Aqua, Aura and Centre National d’Etudes Spatiales’ PARASOL. Together, the A-Train satellites have substantially increased understanding of the climate system and the potential for climate change.

For CALIPSO, Ball Aerospace built the LIDAR (Lidar Detection and Ranging) and wide-field camera instruments, the communications equipment, and integrated the payload for the CALIPSO program. (Ball also built the CloudSat spacecraft for the NASA mission, and tested and integrated the Cloud Profiling Radar payload.)

Across The Spectrum
Like CALIPSO and CloudSat, NASA’s Global Precipitation Measurement (GPM) mission has played a critical role in Earth’s weather and environmental forecasting since its launch in February 2014. Ball’s radiometer for the mission called the Global Precipitation Measurement-Microwave Imager is currently setting the gold standard for data accuracy for all other radiometers in the eight satellite GPM constellation. 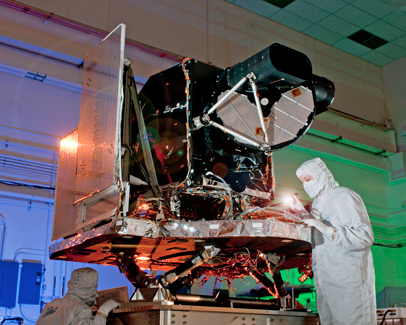 Ball also has a long history in providing instruments to study the ozone layer dating back to the 1980s. The company is currently providing NOAA and NASA with the Ozone Mapping and Profiler Suite (OMPS) flying aboard the Suomi National Polar-orbiting Partnership satellite. The OMPS sensor will also launch aboard the 2017 Joint Polar Satellite System and future JPSS iterations.

Ball is known as an industry leader in remote sensing and is currently building its second EO Operational Land Imager (OLI) for the next Landsat mission. Ball Aerospace earlier teamed with NASA and the U.S. Geological Survey to provide the OLI for Landsat 8, returning continuous land surface observation unmatched in quality, detail, coverage and length since early 2013.

When it comes to instruments and sensors, Ball has proven experience across the entire electromagnetic spectrum. Two spectrometers currently in house are being built in tandem in order to capture design efficiencies between the two instruments, which share the same technology.

The air quality and environmental monitoring spectrometers are called TEMPO and GEMS and are being built for NASA and Korea Aerospace Research Institute, South Korea, respectively. GEMS is a geostationary scanning ultraviolet-visible spectrometer designed to monitor trans-boundary pollution events for the Korean peninsula and Asia-Pacific region.

The GEMS instrument has a 2-axis scan mirror and a 1k x 2k focal plane array using a Charge Coupled Device to image the ultraviolet/visible spectrum. 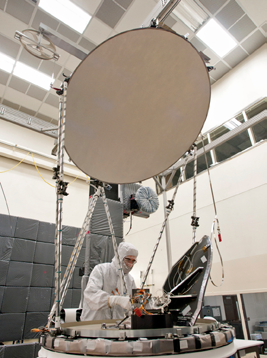 TEMPO, NASA’s Tropospheric Emissions: Monitoring of Pollution mission, will make unprecedented air pollution measurements over North America, from Mexico City to Canada and from coast to coast. The TEMPO instrument, being developed under a firm, fixed-price contract, is also a geostationary ultraviolet visible spectrometer that will provide daylight measurements of ozone, nitrogen dioxide, sulfur dioxide, formaldehyde and aerosols.

Smallsats + The Sensors of the Future
As the emerging market for smallsats continues to grow, powerful new uses will be found for imaging, space science, weather and climate, biology research, growing security threats and communications.

Sensor designers will be called on to minimize size, mass, and power requirements and leverage new or improved measurement capabilities with lowered costs. Those missions rely on a short lead and development timeframe which suits Ball’s agile and flexible business development model.

“Our customers are increasingly interested in new architectures for their missions and are looking for innovative ways to complete their goals,” said Makenzie Lystrup, director for new business at Ball.

“Never-before-imagined missions are the life-blood of Ball and we’re looking forward to another sixty years of challenges as the industry and marketplace continue to evolve,” she said.

Like the iconic ships that set sail for the New World, Nanos, Picos and CubeSats—the smallsats fleets—are poised to deliver boatloads of discoveries for decades to come.
ballaerospace.com/ 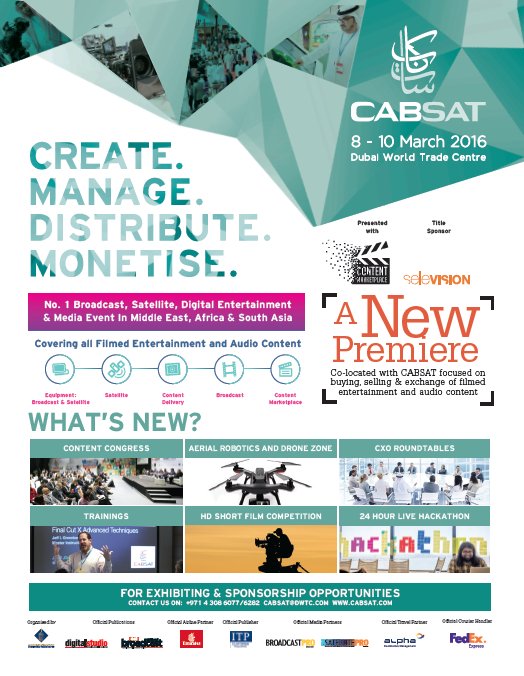