The Earth’s polar regions present significant challenges for individuals, enterprise, scientists, and governments that operate within them. While variations in geography, climate, and infrastructure make it difficult to broadly characterize the poles, one key challenge of these regions that remains unsolved is access to reliable and affordable connectivity. 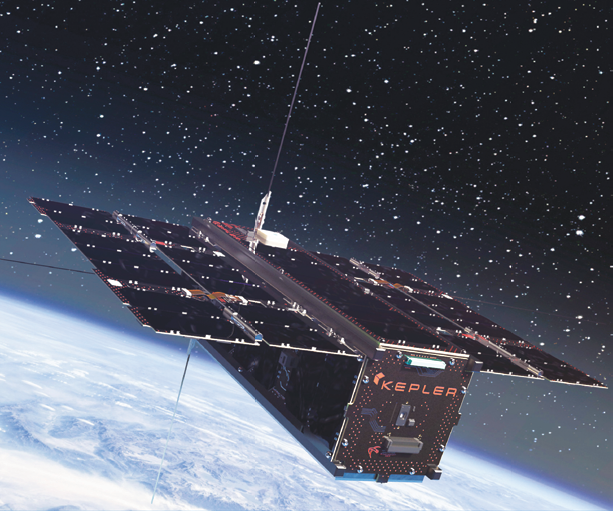 Polar activity has been steadily increasing across a variety of industries. With this increased interest comes the question of whether existing infrastructure can support an ever-growing demand for connectivity.

Tourism
Arctic tourism is a mature and substantial industry, because it includes those traveling to the high latitude regions of the eight Arctic Member States (U.S., Canada, Norway, Iceland, Sweden, Finland, Denmark, and Russia). Arctic tourism includes everything from stays in 5-star hotels in Reykjavik, to boat cruises to view glaciers in Alaska.

Tourism in Antarctica is more nascent but growing. More than 500,000 people visited in 2017, with 17 percent yearly growth.1 It consists primarily of adventure tourism on vessels, allowing travelers the chance to disembark to explore the landscape and wildlife.

Shipping
Receding ice has opened the possibility of new Arctic shipping lanes that would dramatically reduce travel time and fuel consumption. A trip from London to Tokyo, for example, would be shortened to 8,000 miles if routed through the Northwest Passage, instead of the nearly 15,000 mile current route through the Suez Canal.

Science
Scientific activity in the Arctic is incredibly diverse, with hundreds of permanent and semi-permanent research stations already established. These stations are actively studying everything from the atmosphere and cryosphere to marine life, as well as human activity and society. The vast majority of human activity on Antarctica is scientific. Dozens of research stations are operated by the more than 50 countries that are signatories to the Antarctic Treaty, with most scientists focusing on environmental studies.

Why is Connectivity Tough?
Finding a provider of robust and affordable connectivity in the poles is a considerable challenge. Outside of the more densely populated regions in Iceland, Scandinavia and parts of western Russia, communications infrastructure is either exceptionally poor, or completely non- existent. This reality is not surprising, owing to the following factors:

1. Remote and Sparsely Populated
Large distances between subscribers and a low subscriber volume make it uneconomical to deploy fixed infrastructure. Lower cost DSL connectivity (i.e., copper wires) is limited to only a few 10s of kilometers, making it unsuitable for backhauling.

3. Geography
The highly mountainous terrain of many parts of the polar regions presents two key challenges to establishing communications infrastructure. First, the cost of deploying fiber optic backhaul skyrockets in this geography. And second, microwave backhaul can be impeded by mountains since it requires line-of-sight to neighboring towers.

4. Offshore Activities
Although not unique to the polar regions, the considerable offshore activity in these areas leaves a multitude of vessels and offshore platforms particularly limited by connectivity, since they have no means of acquiring fixed line access to land when far from shore.

Looking to Satellites
When terrestrial infrastructure cannot provide reliable and affordable connectivity, users turn to satellite systems to support their communication needs. Satellites provide a broad range of connectivity options, including broadband internet to entire communities via fixed antenna, mobile connectivity for maritime applications through VSAT (Very Small Aperture Terminal) systems, as well as satellite phone services. However, when it comes to polar connectivity, a significant challenge for satellite services is that it becomes unreliable at high latitudes.

Most communication satellites operate in geostationary orbit (GEO), which is about 35,000 km. in altitude and fixed on the equator. At high latitudes, the view from ground to a satellite is blocked by the curvature of the Earth. Local phenomena can also create significant problems for satellite communication. Mountainous terrain can block the view of satellites from many locations. On ocean vessels, rolling waves can intermittently block the view of satellites, which will cause disconnections that render the service unreliable. And we can’t forget that satellites are exceptionally expensive, with data costs exceeding terrestrial by 10 or even 100 times.

NewGen Satellite Services
Communications in the poles is complex. There is no single solution that can address all the challenges faced by those who operate in these regions. Instead, a number of solutions will be needed, combining the strengths of traditional fixed infrastructure, as well as contemporary and new satellite systems. A new generation of satellite technology will be a critical component of the overall solution for communication in the polar regions. Constellations of low-cost, breadbox-sized nano- satellites, flying in Low Earth Orbit, will provide affordable data services for those situated at the polar extremes.

Why Kepler’s LEO Satellites?
Low Earth Orbiting (LEO) polar satellites have significantly higher coverage at the poles, making them uniquely positioned to provide communication services in these latitudes. A single low-Earth-orbit satellite, at no more than 2,000 km. from the planet, circles the Earth every 90 minutes. Weighing less than 5 kg., and with a 10cmx10cmx34cm shape, Kepler’s satellites are far less expensive and faster to launch and they can also be replaced every three years — meaning they can rapidly incorporate new technologies.

While a single satellite is sufficient to provide global coverage including the poles, capacity is augmented with every satellite added to the constellation.

Kepler’s satellites are capable of providing high- data-rate store-and-forward services through the use of Ku-band where signals from the user terminal on the ground are decoded and stored digitally on the satellite. Thereafter, the same in- formation is downlinked to Kepler’s gateway at northern Canada. This allows for an effective use of bandwidth and reduces the need for multiple ground station sites in order to provide a global service (unlike in the case of a bent pipe type of communication service).

This also increases the speed with which large amounts of data can be transferred across the network, as portions of data can be uplinked to multiple satellites as they pass over a given user terminal (rather than waiting for the return of a single satellite).

With a shoebox sized satellite, Kepler’s network is capable of moving upwards of 5 GB of data per 10 minute pass from a single location. This means a total of 75GB/day can be transferred from the poles with a single satellite. Now imagine a constellation of these satellites.

Beyond the Horizon: Above 80 degrees latitude, the curvature of the Earth completely blocks visibility of traditional geostationary satellites.
Between 70-80 degrees, shown below, local obstructions such as hills or
canopy can limit visibility.

Applications for store-and-forward services offered by Kepler include:

Customers access the service using user terminal systems. A customer will have the option of either moving data from their terminal to a standard, Internet-accessible gateway, or to another user terminal of their choosing.

Service plans are available in two tiers: basic access and priority access. The latter option is available to customers who pay a premium to move their data through the network at a higher priority, thus being able to move more data faster.

Modem
Kepler’s Software Defined Radio (SDR) offers flexibility in center frequency and channel size, allowing for a more versatile modem that is compatible with multiple service devices. This technology can be partnered with other service providers to deliver a multi-layered, comprehensive telecommunications service to customers using a single rack-mounted modem.

Antennas
Thanks to Kepler’s custom designed modem — compatible with any off-the-shelf mechanically steerable dish- customers can use their existing antennas eliminating switching costs.

By contrast, electronically steerable antennas have no moving parts and in fact benefit from cold ambient temperatures.

Kepler’s SDR is already capable of modulating and demodulating to the DVB-S2 standard up to 32-APSK with adaptive modulation encoding.

The work on this technology that Kepler is doing with its partner, Phasor Solutions, will bring to market an integrated antenna and modem terminal that will be ideally suited for deployments in polar environments.

Wrapping Up
While a wide variety of activities in the polar regions continue to gain interest, connectivity has remained a significant challenge, and oftentimes a deterrent, to those activities being undertaken more broadly.

New satellite technology, combined with existing infrastructure and contemporary satellite systems, offers the promise of reliable and inexpensive communications in all parts of the globe. Kepler is leading the industry in making this solution available in the polar regions.
www.kepler.space