The new space race is heating up with leaders such as Starlink and OneWeb capturing the minds of the aerospace community young and old for broadband. While these efforts are showing enormous potential, there is something else that is driving the satellite market that promises to have large, immediate impact above the Earth and on the ground — and that is the Internet of Things (IoT). 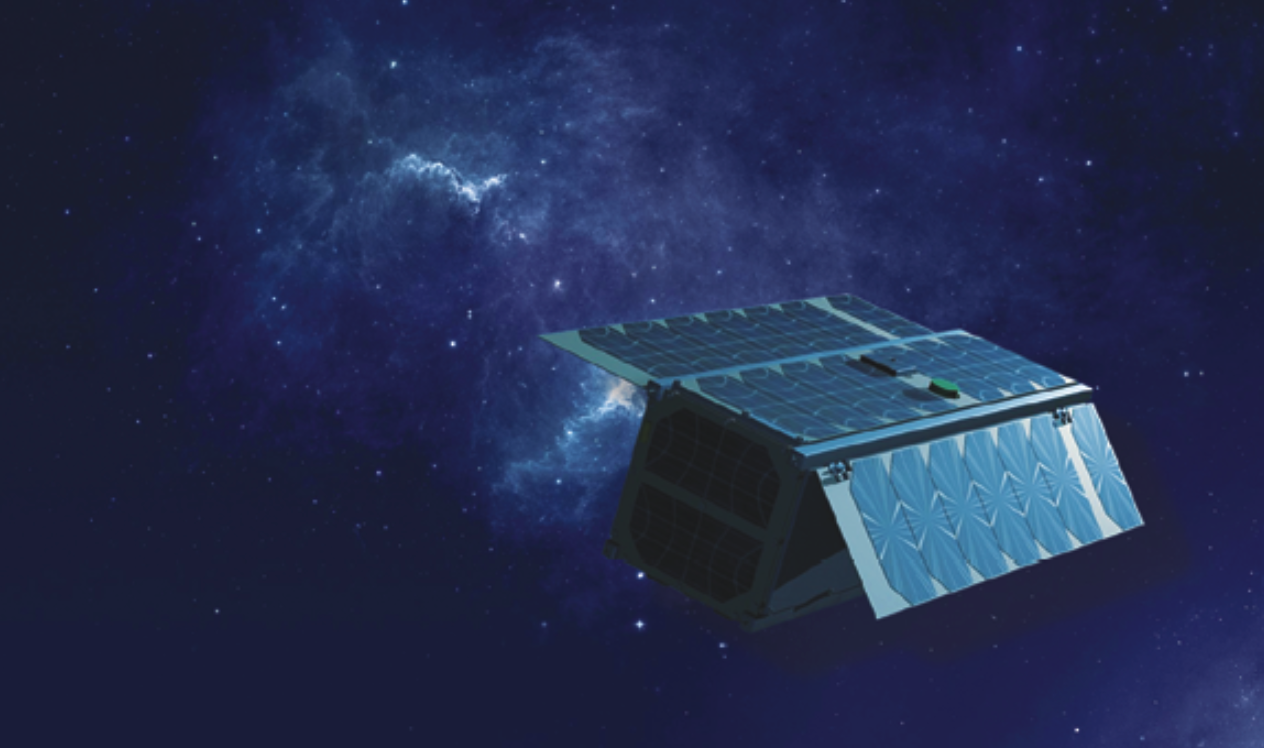 The IoT Data Revolution IoT is changing the way businesses innovate, make decisions and respond to market demand through the continuous acquisition of data that is received through remote sensors and locked in proprietary systems that sit around the world. IoT allows this data to be collected, analyzed, and made available for decision makers. Now companies can monitor, learn and respond to changes in internal and external conditions much faster.

With IoT, companies are...

• Digitally connected — all systems are connected and monitored centrally.
• Data driven — new data is now available for analysis with AI and will drive better real time decisions.
• Model based — allowing data to automatically influence and affect the existing plan, as they are inherently linked through a common data model.

What is more interesting is that IoT data is small. IoT devices are low data rate, low power devices. It is not constantly streaming communications. It is receiving millions of blips of information from systems that can be located anywhere in the world and sending it home for analysis. This type of communication is the first location data received from a remote sea beacon or a quick command sent to a water filtration system in the sub-Sahara. Plus, the demand for IoT connectivity is exploding.

Market size estimates vary greatly depending on the marketing research firm, but all forecasts point to very significant figures. Cisco predicts that there will be 50 billion IoT connected devices by 2020, while their current estimates suggest that there are already over 25 billion devices connected to the Internet as of today. The more conservative Gartner forecasts that 20.4 billion connected things will be in use worldwide by 2020, and a new Business Insider Intelligence study predicts that the IoT market will grow to over $3 trillion annually by 2026.

The growth in IoT is driven by a number of markets where the usage of advanced technologies has increased drastically to reduce manual interventions. This led to the advent of Machine to Machine (M2M) or IoT applications and networks. The rise of IoT is supported by the continuous developments in networking technologies which enable greater efficiencies in the collection, transmission, analysis and processing of data.

With the promise of making smarter decisions faster, IoT has one simple challenge — connectivity. With only 10 percent of the world having cellular connectivity, hundreds of millions of devices that need to communicate don’t have cost-effective, battery-friendly networks to do so. And this will only become more urgent due to the proliferation of connected devices and the vast variety of possible use cases.

This need for better data and improved analytics will also drive the creation of new applications and new ways to connect these remote devices.

The Satellite IoT Opportunity
Satellites, in particular smallsat constellations with L-band frequency and the ability for two-way communications, deliver an affordable answer to the problem of connectivity, specifically for small amounts of data from millions of devices, located anywhere in the world. However, Satellite IoT is not a new idea or use case but has been very difficult or almost impossible to implement both technically and as a viable business case. Only recently, some of these challenges have been solved by pioneers in space-tech:

• Affordable satellite launch prices as a service — led initially by SpaceX, Indian Space Research Organization (ISRO), Arianespace, RocketLab and others.
• Established ecosystem of specialist vendors — from insurance to module partners to manufacturing, suppliers of technology, products and services, a diverse and widespread base of suppliers are established in the market.
• The development of smallsats’ ability through a smaller payload with better technology to be able to achieve performance that in the past had taken larger, costlier satellites.

These broad aerospace advancements allow for affordable access to the other 90 percent of the Earth’s surface to remote areas on land, oceans, and skies, that have been previously untouched. Northern Sky Research (NSR) points out that while the majority of connected IoT devices will connect via terrestrial means, there remains a niche for low cost satcom services to deliver uninterrupted connectivity for devices operating outside of terrestrial network footprints and move in and out of terrestrial networks. More specifically, Rethink Technology Research reports that the Satellite IoT market is expected to grow at a compound annual growth rate (CAGR) of just under 40 percent, reaching 30.3 million connections by 2025. Other firms think this number is even bigger. Frost & Sullivan reported that while only accounting for 25.5 million units globally in 2015, the satellite IoT market is expected to grow at a faster pace than any other satellite market, with a CAGR of 19.9 percent, which implies more than 150 million connections by 2025.

As low-cost technology and data plans new applications are being developed to take advantage of this connectivity. Brand new applications could include drones for agriculture, remote beacons for life vests, medicine and vaccine monitoring, and maintaining heavy machinery in developing countries. Demand for this type of connectivity could also be driven by new markets and projects such as the “One Belt One Road” infrastructure push to connect China to Europe, and to East Africa through Central Asia. Most of these trade routes pass through the remote areas with little to no connectivity. The supply chain and logistics tracking requirements for goods moving on these routes will be huge, requiring reliable monitoring solutions that Astrocast can help supply.

Through all of this, one thing is clear. New advances in smallsat technology and the acceleration of IoT are on an intercept course that will push both industries into new technological realms. Satellite IoT has the ability to change not only the decision making process. It also has the ability to open up new regions and opportunities in a way that is economically sound for businesses, organizations and governments. In addition, it can serve as a backup to terrestrial operations of smart cities or during natural disasters. The opportunities are limitless. And the satellite industry is ready to help in the IoT expansion.

Author Fabien Jordan brings more than 15 years of technology and engineering experience to Astrocast. He is widely recognized for his work on Switzerland’s first satellite, SwissCube, while serving as Systems Engineer for the Swiss Space Center at EPFL. SwissCube is a highly successful smallsat mission that still remains functional in orbit today, an impressive nine years post launch.

Fabien’s expertise also spans technical work for the PanCam WAC Instrument of the ESA ExoMars Rover, while at the Space Exploration Institute in Neuchatel.

Fabien has always been convinced that smallsat constellations would one day disrupt specific segments of the satellite industry. With his team, he developed a sustainable business model that led to the creation of the first satellite operator from Switzerland: Astrocast. He successfully raised the funds required to demonstrate the system in orbit and is now leading the company towards the deployment of a 64 satellites network to offer IoT communication services, globally, starting in 2020.

Fabien obtained his Electrical Engineering Degree with a specialization in Energy Systems, from the University of Applied Sciences Western Switzerland.

Astrocast is an IoT company using a network of nano-satellites to offer low-cost and global communication services to a wide range of industries. Astrocast is also the first satellite operator originated from Switzerland. The company’s mission is to track assets, monitor the environment and save lives by building and operating the most advanced and sustainable satellite IoT network.