This is no secret to anyone — connectivity demands are on the rise. The days when computers and mobile phones were our only connected devices are far, far in the past, and we are now using more tablets, smart watches and connected gaming devices than ever before experienced. 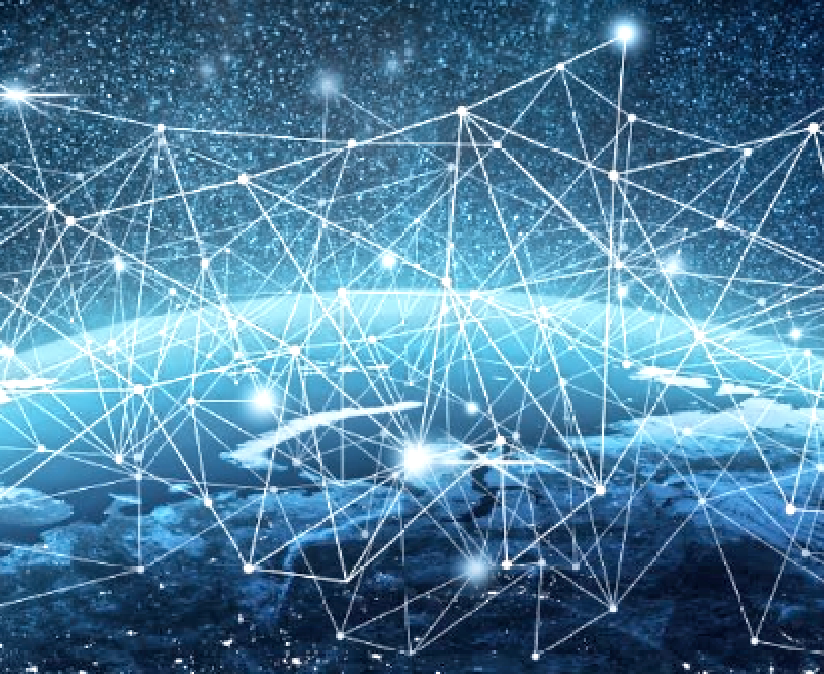 Not only are we using more connected devices, but we spend a lot more time being connected using them. Living in a smartphone generation means we all expect to be able to access search engines, social media and the latest news at any given time. In fact, recent studies show the average adult spends between three and four hours on their mobile phone every single day.

Within industry, connectivity is also on the rise. Factories, mines and energy platforms at sea are using connected Internet of Things (IoT) devices to streamline operations, reduce the risk of human error and maximize profits through efficiency. The prediction is that the number of Industrial IoT connections will increase from 17.7 billion in 2020 to 36.8 billion in 2025, representing an overall growth rate of 207 percent. 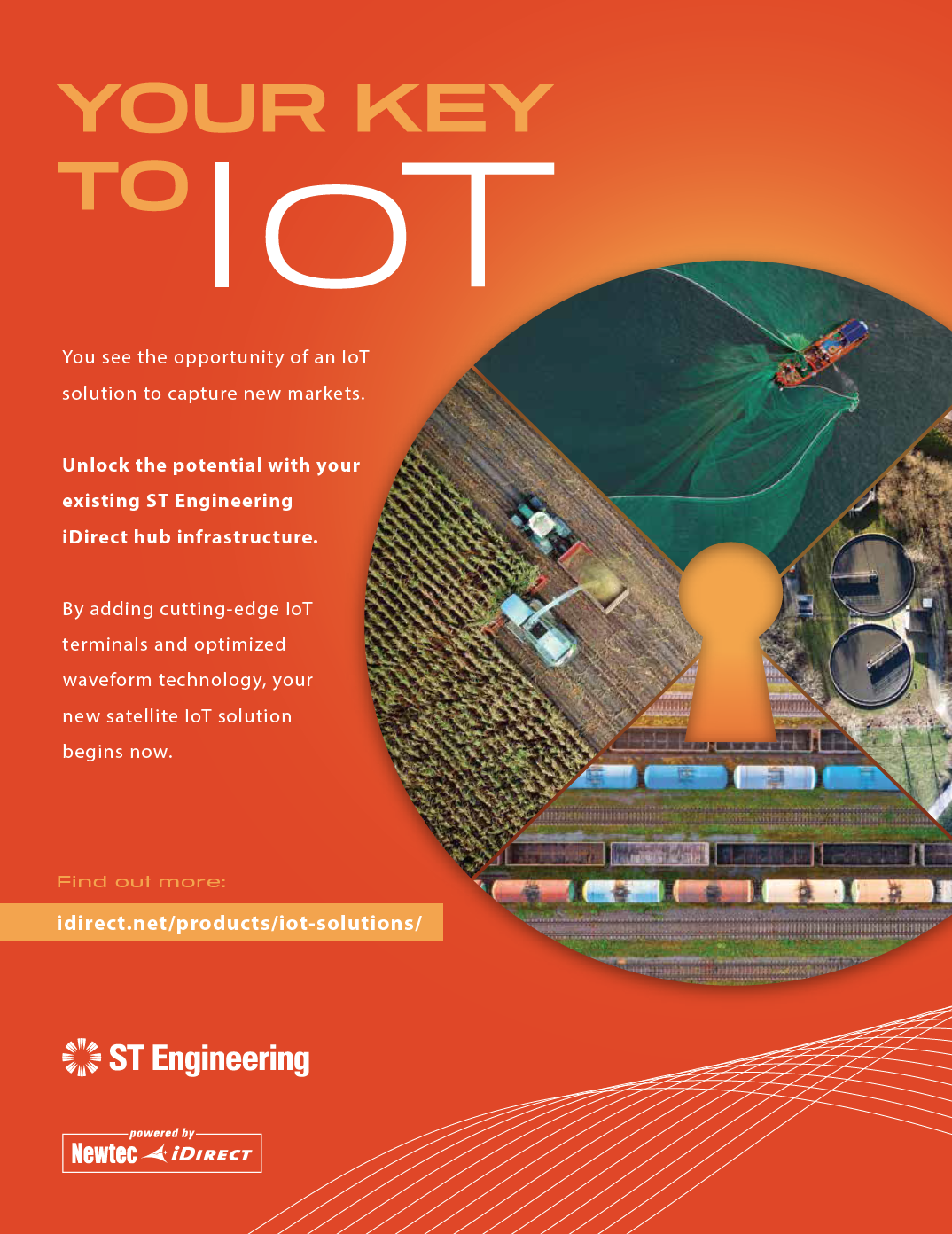 In urban areas, connecting to the internet is rarely a problem. The same cannot be said for rural locations, which are often beyond the reach of terrestrial networks. As a result, the general assumption is that the more rural or challenging your location, the poorer your connectivity is likely to be.

However, thanks to the potential of LEO satellites, those that are far from the reach of terrestrial networks can enjoy internet connectivity as if they were in a bustling metropolitan area. That means that even the most isolated locations — such as oil and gas rigs, cruise ships or rural mines — can use the same connectivity for entertainment and industrial IoT as those at less challenging locations.

This could be a game-changer for applications that require a real- time connection to function.

New generations of internet, such as 5G, are enabling innovative use cases that thrive on a high-speed connection as well as require it to reliably function.

Applications such as Enterprise Resource Planning (ERP) systems cannot withstand latency, and industrial equipment controlled via the internet could potentially become dangerous if that connection were to fail.

The Evolution of Satellite

Although there is currently an undeniable buzz around LEO satellites, they, themselves have been used for off-grid connectivity for decades. Geosynchronous Equatorial Orbit (GEO) satellites have been around for 50 years and, thanks to their size and extreme distance away from the ground, only three such spacecraft are required to cover the entire surface of the Earth.

Of course, today there are many more than that — in fact, according to the UCS Satellite Database, as of 2021, there are 562 operating GEO satellites. However, this distance from Earth does mean their connection has high latency plus they are expensive to produce and send into orbit.

In recent years, this decrease in latency has enabled use cases, such as safety monitoring, that GEO satellites were just too slow to handle. A similar example to this improvement is that a signal to and from the satellite is equivalent to a call between major cities halfway around the world.

Our connectivity demands are only increasing, and even the relatively speedy MEO signals cannot enable the innovative use cases that are developing. As cellular technology has progressed from 3G to 4G, to 4G LTE and now to 5G, our software is becoming more complex and demands faster data transmission than ever.

LEO satellites are being used to meet this demand, offering higher speeds of transmission and lower latency than was previously possible. At-home connectivity LEO satellites enable such high- speed connectivity because of their low altitude position, just 500 to 1,600 km above the Earth’s surface. This allows a delay of 0.04 seconds, enabling technologies that need a real-time connection.

Recent Phase I performance testing by Speedcast of LEO satellites showed latencies of just 35 milliseconds plus the ability to move data reliably across the satellite. This test demonstrated data passing dependably across a Ka-band link, with latency equivalent to a home or urban office setting.

The results indicate that, while connected to a LEO satellite, those working or living in remote onshore and offshore locations can use innovative connected technology as freely as those connected to terrestrial networks.

Unlike their GEO counterparts, LEO satellites are not able to cover a large range due to their proximity to Earth. This means that, in coming years, expect to see tens of thousands of LEO satellites deployed into orbit, forming entire LEO constellations.

This need is driving mass production and lowering costs per unit, which makes them increasingly, financially viable. Not only will a stronger connection be received on existing devices, but technologies that were previously not able to use satellite connectivity will now be able to rely on it.

The surge of popularity in LEO satellites does not mean that GEO and MEO satellites are not still valuable assets. Companies that are leveraging the potential of LEO satellites will not be entirely replacing MEO and GEO, but instead adding LEO to their existing toolkits of dependable, connectivity infrastructure. Then, depending on the unique application, location and other requirements, the most appropriate satellites can be selected.

Similarly, 5G plays a vital part in the final equation — 4G and 5G share capacity between users through network slicing and have seen billions worth of financial investment, meaning they are very advanced, and when installed on a remote site for local connectivity, outperform private LTE and Wi-Fi. Sites that are within an area served by 5G could receive bandwidth greater than that of 4G or private LTE. However, 5G does not currently have the global reach that satellite can offer, which is why a collaborative approach should be taken.

Software that seamlessly manages the transition between terrestrial networks and different satellite types allows organizations to get the best of whichever signal is going to serve them most effectively. They benefit from always-on connectivity, using complimentary technologies to ensure a connection, even if one method fails.

Companies like Speedcast offer automated management technologies, such as SIGMA or SD-WAN, which can make the correct choice of network based on programmed, priority parameters.

When you are out of range from the cellular network, the LEO, MEO or GEO satellite that is the most effective for each unique situation will be automatically selected. Once 4G LTE or 5G becomes available again, the software can automatically switch to the best available option.

A strong internet connection is not enough to ensure seamless business operations. As satellite networks grow, enterprises should use network management solutions to transition between terrestrial networks and solutions such as LEO satellites. Doing so will enable fast connectivity, maximize bandwidth and give rise to innovative IoT technologies. 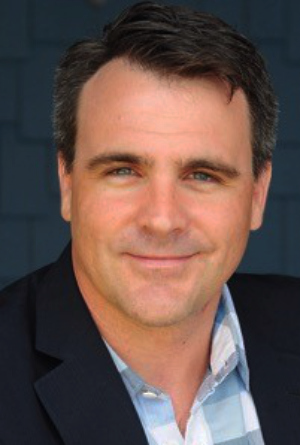 Author Will Mudge is Vice President Engineering Operations at Speedcast developing global teleport and Low Earth Orbit Constellation strategies. Prior to his current role, Will was the Director of Satellite Capacity and Technology USA, head of R&D engineering, Strategic

Product Marketing Manager, and Program Manager at Speedcast and Harris Caprock. Will has a degree from Embry-Riddle Aeronautical University in Engineering Physics.
www.speedcast.com

Speedcast has recently received a contract from JSC Chukotka Mining and Geological Company, a Kinross subsidiary, to expand the company’s very small aperture terminal (VSAT) network supporting the development of the Udinsk Gold open-pit mine to two new license areas in the Russian Far East.

Kinross Gold Corporation is one of the world’s leading gold mining companies.

The Kayenmyvaam and Kavralyanskaya areas are early-stage gold prospecting sites that previously depended on satellite phones for connectivity.

Speedcast will provide a fully managed wide-area network (WAN) connectivity service for Kinross and has installed dedicated WAN connections over VSAT at each site to establish a corporate virtual private network (VPN).

The contract is the second extension received by Speedcast since its original start of service in 2020.

Recently, Speedcast doubled bandwidth speeds available at the Udinsk mine.

“Kayenmyvaam and Kavralyanskaya sites required a compact Ku-band VSAT terminal which needed to be flown in by helicopter due to their extremely remote locations. Providing this type of critical communications solution at the most challenging and remote sites is our business,” said James Trevelyan, Senior Vice President of Enterprise and Emerging Markets at Speedcast.