Monitoring & Control Systems (M&C) and Network Management Systems (NMS) have always been important sub-systems of satellite ground stations and VSAT networks. However, we see a new trend wherein the importance of that sub-system for the operators and service providers has increased significantly. This demands implementation of new technologies. This article will present some highlights of these new trends and technologies.

Integration + Interoperability
The technology and implementation of M&C systems has improved so drastically that the equipment of one satellite ground station is not just integrated into one M&C system but into several ground stations. In example, the ground stations all located at a single site are now being monitored and controlled from one server system. This has the advantage of investment and maintenance costs being distributed over a larger number of ground stations—certainly the CFOs of such operations are all in favor of implementing. The decision and subsequent design for such an approach has to be performed quite carefully. The drawback of availability must be considered, perhaps requiring a redundant M&C system.

Another new feature that is much in favor by multinational operators are M&C systems, located at different sites, can now “talk” to one another, exchanging important monitoring information and automatically reacting with special software algorithms, such as site diversity switching, or backup antenna selection and setup.

User Screens Improvement
Surprisingly to many, engineers don’t operate the M&C systems day by day. This task is performed by operators who are normally not engineers. The operators are not interested in the behavior of installed equipment such as IRDs, encoders or up-converters, just to name some typical satellite ground station equipment. 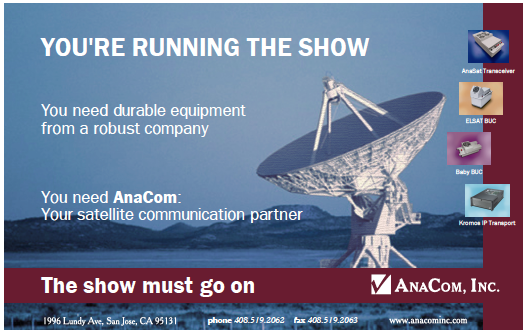 Operators are interested in performing tasks. For example, in an occasional use scenario, they perform an uplink on Intelsat 905 Trp 81, TX Pol X, uplink frequency 14,123Mhz, RX pol receive frequency 11,105MHz with modulation DVB-S2 16APSK, FEC ¾, symbol rate 10Msbps. These operators want user friendly graphic user interfaces (GUI) that are dedicated to their workflows and not to simply define the workflow around the equipment. The new technology of modern M&C systems takes this user demand into account and provides more user friendly GUIs. There is also a demand to configure new workflows, even on-the-fly and directly into the M&C system without changing software.

Integration Of More Functionality
Another user demand and trend is to integrate more functionality into the M&C system. Many different PCs are now necessary in a satellite ground station. This number is being reducced because functionality is being integrated into a single M&C system. Candidates for these PC reducations include: antenna pointing and tracking systems, uplink power control systems and redundancy switching functionality.

Take the transmit system redundancy controller as an example. Some customers still like to have an independent redundancy controller for each sub-system. If the customer decides to procure a TWTA subsystem from a certain company, then there is a tendency to also procure the matching redundancy controller from the same manufacturer. This same customer then decides to acquire an up-converter and DVB-S2X modulators from another company, with the tendency to then also invest in that same manufacturer’s redundancy switching systems, in this case two additional 19-inch drawers, one for the up-converter and one for the satellite modulators. There are now three different units to be procured and interfaced via device drivers into the M&C system, with quite some cost involved.

More operators and system integrators want to integrate these as a single function into the M&C system. The main reasons: cost reduction, fewer rack units to be used, less equipment which can become defective and, therefore, less service interuptions. The redundancy switching philosophy is under local control—no longer does one have to rely on different redundancy switching implementation from different manufacturers which are, unfortunately, not standardized. Certainly the drawback is that you need a stable and reliable M&C system as well as a redundant system, for if you lose the M&C system, the redundancy switching capability is also lost for some period of time.

Another completely different example would be the implementation of uplink power control (UPC) functionality within an M&C system. The M&C system already interfaces to all of a satellite ground station’s equipment, so all input data for this UPC functionality is already present. The M&C system has, in real time, the beacon level and beacon frequency information.

The system integrator or the operator owning the M&C system can decide if he or she wishes to adjust the uplink power via the satellite modems’ output levels, the gain setting of an up-converter, or even the gain setting of an TWTA—such makes no difference. Certainly also needed is a comprehensive error handling algorithm. A user friendly, open and parameterized software module is all that is required from the M&C vendor.

Continuous Upgrades Of M&C + NMS
The definition and implementation of new features and standards, such as DVB-S2X, drives the development of new satellite ground station equipment, or at least the upgrades of existing equipment. The operator has to integrate these into their existing M&C infrastructure in a smooth and cost effective manner. Such is definitely not occurring in many cases, thanks to proprietary software implementations in a widely installed base. Operators do not appreciate investing resources into proprietary software drivers and graphical user interface (GUI) upgrades. A trend has become quite clear—operators will now invest in open, widely distributed, non-proprietary, subsystems. To protect the customer’s investments in terms of license costs, operator and administrator training and configuration time, it’s important to have an M&C system with a clear upgrade path philosophy. It is most helpful if the M&C system is based on an open platform, such as Linux, with lifetime support to ensure future developments can be acquired, managed and implemented.

Scheduling + Transponder Allocation
Operators and multinational organizations like to reduce their overhead when it comes to transponder allocation and usage, especially in the occasional use (OU) applications such as satellite news gathering (SNG) or TV contribution from fixed, uplink stations. There is a growing demand for M&C systems to “talk” to one another and to implement an overall network management system that includes transponder slot management, channel databases for uplink and down-link and, last but not least, complete equipment configurations.

The goal is that the operators in the master control room—normally the site where the NMS is located—have control over the “fleet” of SNG terminals or the various uplink stations that are delivering their contents to different partners. This technology will, in the near future, also be used by smaller organizations in order to reduce overall operational cost—certainly the driver for reducing the cost of transponder usage and manpower.

There remains a lot of room for new technologies and fine tuning for M&C systems. The future will reveal how the various manufacturers will react to the new trends and demands of the user and associated customer requirements. 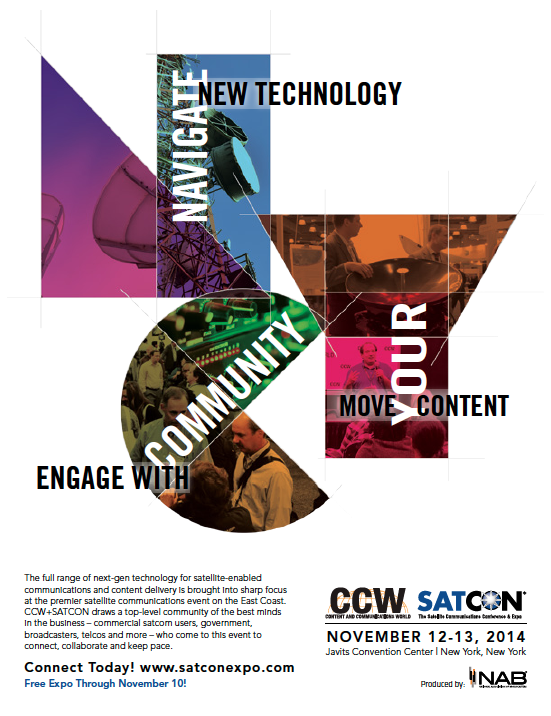