[This is the second of two articles on smallsat ground systems, by Matt Prechtel. The July/August issue dealt with cost reductions in ground system design. This article contrasts smallsat and traditional satellite ground system architecture.]

Small satellites (smallsats) are finding new and disruptive opportunities in today’s space industry. Space applications that were once the domain of big satellite systems are finding that they are being augmented and, in some cases, displaced by lower cost smallsats.

The term “smallsat” can mean multiple things to different people; however, for the sake of this article, a smallsat is nominally a satellite under 500 kilograms. Applications such as Earth Observation (EO), space to ground communications and weather monitoring have requirements that can be met with these newer, smaller platforms.

The benefits of using smallsats (when applicable) are significant—lower costs to acquire and launch plus a higher refresh cycle that supports rapid technology insertion as programs and technology evolve. Big satellites programs can take decades to procure, build, launch and operate in today’s space climate at price tags in excess of a billion dollars.

Smallsat projects can shrink those timelines to a couple of years by leveraging COTS (Commercial-Off-The-Shelf) bus architectures, launch ride shares, commodity flight processors and flight software, software radios, optics, and so on. In some cases, smallsat programs have become assembly efforts versus custom development programs to realize the program goals. However, until now, the ground systems have not kept up with this rapid rate of innovation and reduction in cost. Software based ground systems can both influence spacecraft program design as well as be cost effective when compared to traditional architectures or building ground systems in house.

Typical Ground System Architectures
In a typical ground station, the architecture follows the pattern shown in Figure 2 located on the next page. Of the elements depicted in the architecture, the antenna systems tend to be more expensive and inflexible than the other elements, due to their size, power requirements and physical location constraints.

In order to mitigate the need for every satellite program to build their own antenna farm, shared antenna systems, such as the Air Force Satellite Control Network (AFSCN), were created to provide a common, distributed antenna system through which multiple Department of Defense (DoD) programs could interface for antenna uplink and downlink services.

The basic elements required to implement a traditional satellite ground system include:

Not all satellite programs will require the same architecture; however, at some level, each program must address all of the functional requirements of the ground system that are listed in Figure 1.

For example, not all space programs will encrypt their telemetry links. For the National Aeronautics and Space Administration (NASA) and the National Oceanic and Atmospheric Administration (NOAA) programs, where the missions are science based, the data is intended to be shared with other institutions and the encryption of the downlinks would only get in the way of sharing science data.

This architecture in Figure 2 can work equally well in smallsat operations in all areas save for cost and scalability. The architecture shown tends to drive significant hardware investments, datacenter floor space, and cost associated with procurement, integration, test and sustainment.

Scaling to hundreds of spacecraft as some smallsat programs are proposing can become unwieldy as additional hardware is required to add additional spacecraft contacts. Cabling alone can take significant amounts of installation time as the equipment strings are all pieced together using legacy serial cables.

The required set of functions and capabilities of a traditional ground system were distilled into the software applications that make up quantumGND, which consists of three discrete and separate components, all of which feature Generic Equipment Model (GEM) and Representational State Transfer (REST) compliant status and controls, and multi record, archival and playback points.

quantumGND takes into consideration the needs of smallsat programs and bundles the necessary features and functions into a suite of modular software components that comprise an integrated ground station from C2 to RF. Each component is a software application provided as a hypervisor ready virtual machine appliance, complete with operating system and application.

quantumGND does include one element of hardware; a SpectralNet™ Lite digitizer that converts analog signals at RF frequencies up to S-band into digital IF packets and is shown in Figure 4.

In all cases, the received RF analog signals from the smallsat must be captured and converted into digital waveforms.

Command and Control
quantumCMD™ performs Command & Control (C2) for a single smallsat or a smallsat fleet and manages contact scheduling and execution on all passes, provides a single portal for viewing all ground and space status, consolidates data and assists with system administration tasks. quantumCMD’s powerful capabilities feature: 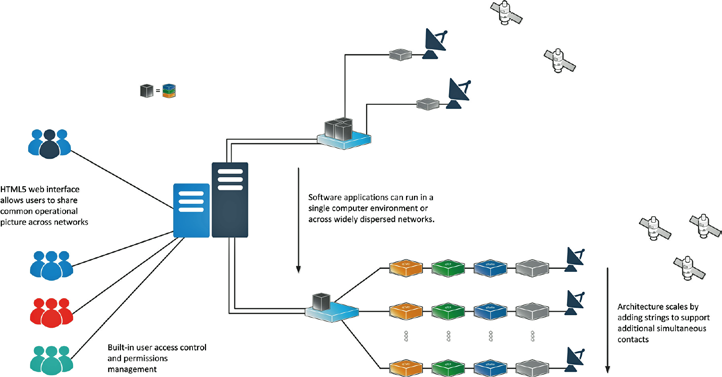 quantumGND is not tailor made for a particular spacecraft bus or processing function—the product focuses on the most common standards, protocols and waveforms needed by the smallsat world. Compliance with industry standards dramatically shrinks the time to full operations and provides maximum flexibility for future enhancement.

quantumGND Scalability
quantumGND is designed to support individual spacecraft missions, spacecraft tests, and spacecraft fleet operations. Like traditional ground equipment, quantumGND can be utilized in strings of software. Each single string is intended to support contact with a single spacecraft, through a single antenna as shown in Figure 5.

The benefit of using this approach over the architecture shown in Figure 2 is a significant reduction in physical equipment (and cost) as the constellation grows. As quantumGND uses a virtualized approach, software runtime instances can be stacked on a single piece of high density computing equipment; a blade center for example.

The only hardware in quantumGND that must be scaled linearly for additional contacts is the SpectralNet Lite digitizer. The end result is a satellite ground system that, using previous architectures, would have required tens of racks of equipment can be consolidated down to a single small footprint set of equipment that still supports dozens of simultaneous contacts to fleets of smallsats.

Most importantly, quantumGND allows you to focus on your smallsat mission while we focus on the ground system.

As traditional ground operators must reduce costs to remain profitable in an increasingly competitive environment, they are beginning to adopt many of these smallsat ground innovations.

Mr. Prechtel has more than 20 years of experience in management and engineering positions in the satellite and radar industries.  At RT Logic, he manages the company’s space control center product lines and their integrated small satellite ground system offerings.

Before joining RT Logic, Matt was a Project Manager at ITT Exelis Corporation leading service life extension projects for space track and missile warning phased array radar systems. Matt’s education includes a BS in Electrical Engineering from the University of Pittsburgh, an MS in Electrical Engineering from Temple University and an MBA from the University of Colorado at Colorado Springs.
www.rtlogic.com/
www.kratosdefense.com/ 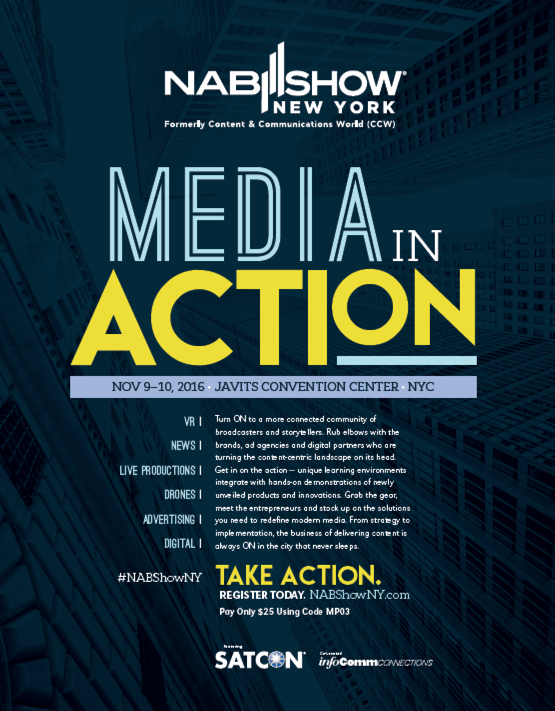