The European Space Agency is taking a practical step towards a new viewing experience — 3D television (3DTV) at home, delivered by satellite.

Through the agency’s Advanced Research in Telecommunications Systems (ARTES) programme and the Stereoscopic Broadcasting project, ESA is supporting the OpenSky and SkyLogic companies in providing a 3DTV service to consumers. The 3D televisions and standard reception equipment are being deployed across Europe, at selected sites. Transmission of a continuous 3D channel was initiated on March 12th, via the Eurobird 9A satellite. The channel offers a range of programs and material, including sport, a short film and trailers — soon, events filmed in live 3D will be also be added to the channel. 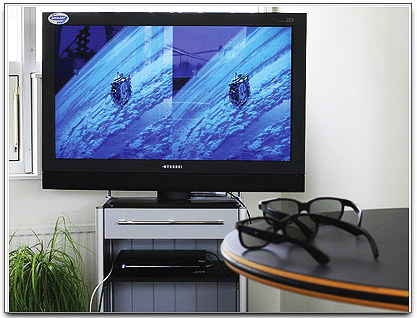 Since the first broadcasts in the 1920s by Scottish engineer John Logie Baird‚ “the first person to produce a live, moving, television image from reflected light,” broadcasting and viewing have constantly improved. In 2008, there were more than 100 million European homes receiving TV programs transmitted by satellites, either via direct reception or through cable distribution systems .

Viewers have enjoyed the arrival of High Definition (HD), surround-sound, as well as widescreen and flatscreen televisions, all aimed at enhancing the user’s experience.

Many of these developments were the result of technical advances pioneered in the cinema. This trend continues, with a recent crop of high-quality 3D productions being released in cinemas, whetting the appetite of the viewing public.

ESA, recognizing the importance of assisting in the development of new technologies, is supporting OpenSky and Skylogic in the delivery of 3D television into viewers’ homes. The project objectives include...
Two types of reception sites are being created: one mimics a home environment using longer content, while the other is a public venue with shorter content. A “home site” has been set up at ESTEC, ESA’s research and technology centre in Noordwijk,the Netherlands. 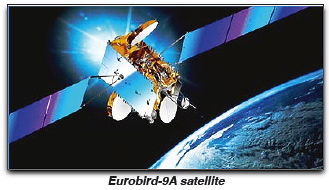 Marco Sartori, ESA’s technical officer for this project, explains, “3DTV is a step forward from HD by offering an exciting new dimension to home viewing. It benefits from the ability of a satellite HD channel to carry the necessary 3DTV information. This is a first-generation system but, importantly, it is available now, can be installed easily at home and generally provokes a ‘wow!’ from viewers.”

This ARTES project has given partners OpenSky and SkyLogic the opportunity to explore the different aspects of running a 3DTV channel, says Walter Munarini from OpenSky.

“The first challenges overcome by OpenSky were a proper architecture for delivering the service and the different critical aspects, such as maintaining frame-accurate synchronisation over a long period between the left- and right-eye images,” he explains. “In addition, the project is giving evidence of the content management process that is needed behind the broadcasting in order to provide and play the 3D content properly.”

The perceived quality of 3D content is dependent on more factors than 2D, including resolution, bandwidth and the size and aspect ratio of the screen. “Now, thanks to the ESA ARTES program, we know all these aspects and we can do it properly,” concludes Mr. Munarini. ESA’s Telecommunications and Integrated Applications directorate is supporting the development of 3DTV through several ARTES elements. 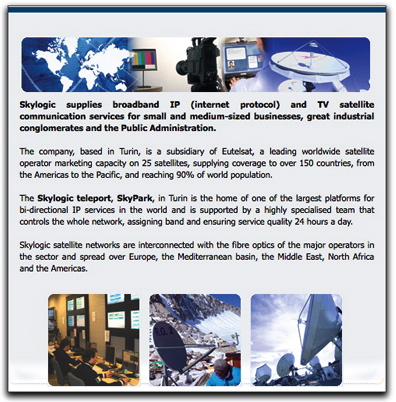 In the longer term, for example, a study is being conducted under ARTES 1 called 3D@SAT (3D Scalable Multi-View SATCOM Services), while activities are being proposed in the ARTES 5 work plan to maximize the data throughput for next generation satellites.

For those with the capability for viewing the 3D channel, Eurobird-9A is located at 9 degrees East (transponder frequency 11 747 MHz, symbol rate 27 500, horizontal polarisation). Videos are transmitted in a modified side-by-side arrangement. To view them properly, a 3D-capable TV and glasses are required.