Make no mistake, satellite broadband has definitely arrived.
From Bangkok to Lagos and from Moscow to Chicago, High Throughput Satellite communications are being delivered today to millions of users at subscription rates that transform the broadband value proposition… as well as the business plan. 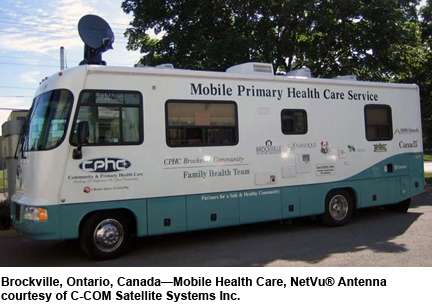 On planes, trains and ships, and in cities, villages and living rooms, the full spectrum of enterprises—and now consumers —are taking advantage of 30-100 Gbps connectivity and applications that require new definitions of “access.”

Indeed, there have been a number of new announcements recently, including United Airlines discussing plans to use both Ka- and Ku-band technology for in-flight connectivity. Euroconsult predicts that in-flight connectivity will be a strong growth area for Ka-band take-up, but there are a whole multitude of applications already benefiting from High Throughput Satellite (HTS) and a lot more potential still to be fully seen.

Reaching The Unreachable
HTS opens up a wealth of opportunity for a wide range of applications, often in locations which were previously unreachable. Indeed, for the consumer market, it provides cost-effective broadband access where there isn’t any, as well as being a competitive alternative to existing broadband services. Crucially, HTS means that people who previously couldn’t afford access to broadband satellite can now. For the enterprise market, HTS provides a new type of offering, with higher throughput and again, a cost-effective offering.

The introduction of HTS has led to rapidly deployable consumer class terminals that provide much greater throughput than their predecessors. This has already brought astounding benefits to crucial groups, such as first responders and humanitarian organisations, as well as warfighters. Wireless operators are tapping markets that were previously unreachable through satellite backhaul of not only GSM, but also LTE, WiMAX, WiFi, Pico, and Femtocell solutions. 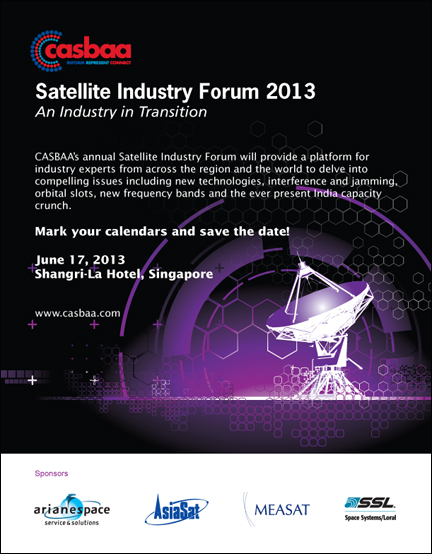 The Perception
Despite all this success, there is still a feeling among some that HTS, such as Ka-band, is just not quite up to scratch. There is especially a certain amount of caution around the issue of rain attenuation. However, the industry has been working hard to ensure that any possible rain attenuation has minimal effect on the service being provided. Indeed, there are two main mitigation techniques:

– Site diversity—typically, the operator will ensure there are uplinks in geographically diverse locations, which naturally means that if one site is being impacted by heavy rain, they can simply switch to another site. This is not a new approach, indeed it has been applied with good effect for decades
– Adaptive coding modulation—this works at the modulator end, by working out the whole picture, even where there may be some information missing

From the experiences of people using Ka-band right now, the customers really are not seeing significant degradation or signal loss due to rain.

That said, I still believe it’s important to remember that as with every other service, Ka-band is well suited for some applications, but not others. It is a question of having another tool in the kit from which to choose.

The Business Opportunity
The business benefits are potentially huge and fall into two categories, the first being the opportunity for the consumer, and the second the enterprise business opportunity—I will deal with each piece separately. 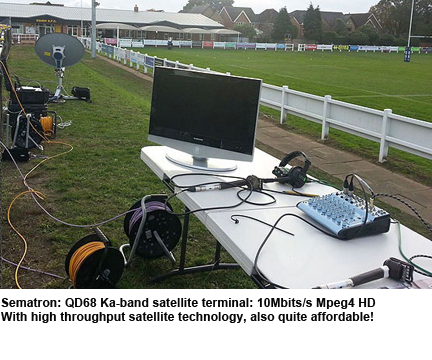 The Consumer Business Opportunity
To fully appreciate the consumer business opportunity, we need to look back at the rollout of first satellite consumer service, Direct-To-Home (DTH) broadcasting, which was first rolled out to consumers in markets such as Japan, U.K., and the U.S. For many, the expectation was that satellite DTH broadcasting would be what consumers would purchase when there is no terrestrial access.

Such turned out to be true, to some extent, but the industry was taken aback by the growing interest in the urban and sub-urban areas of these territories. It turned out that satellite DTH was a competitive offering for consumers, which led to tooth-and-nail competition between satellite and terrestrial—today the satellite industry is doing very well in the broadcast market. I only have to look out my window in Washington to confirm that statement, with a street full of satellite dishes.

Coming back to HTS, there has similarly been an expectation, as these services roll-out, that satellite broadband will be on offer when no terrestrial service is available. However, if you were to talk to some of the satellite operators rolling out consumer DTH broadband, you would discover there is a similar trend starting to play out as occurred for satellite broadcasting. The satellite and terrestrial industries will once again be in a pitched battle for hearts and minds of consumers everywhere.

That is great, as competition is good. For the consumer, this creates a huge opportunity as both industries will refine and offer the most competitive pricing and bandwidth for the consumer. 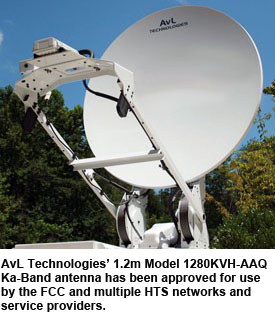 The Enterprise Business Opportunity
The terrestrial industry has predicted the imminent demise of the satellite industry in the enterprise communication technology space—yet every single year, without exception, the satellite industry delivery of services in the enterprise market has grown. The reason being that the more point to multipoint the application, the more satellite is the best option. The fullest expression of this can be seen in markets such as the U.S., where there is the highest amount of terrestrial services, but also the largest installed base of enterprise VSAT terminals. Terrestrial is unbeatable on point- to-point, but for point to multipoint, satellite is unbeatable.

In comes HTS, one more tool for the satellite industry, bringing enterprise class service provision to the next level.

Getting The Correct Business Model
As with any new satellite band, there are numerous questions about getting the business model correct. For example, what are the new pricing metrics? Have service level agreements changed fundamentally and, if so, how? What about reliability? How high is “high throughput”? New value-added resellers are entering the market; who are they (and do they know what they’re doing)?

We are starting to obtain answers to these, drawing upon the recent track record of a growing list of industry leaders, including Eutelsat and Avanti in Europe, Yahsat and Arabsat in Africa and the Middle East, IPStar in Asia, and Hughes and ViaSat in the Americas. Added to their experience are the innovation and short-term plans of competitors such as Inmarsat’s Global Xpress service, Intelsat’s EPIC offering, O3b’s mid-Earth orbit solution, and more than a dozen other launches. 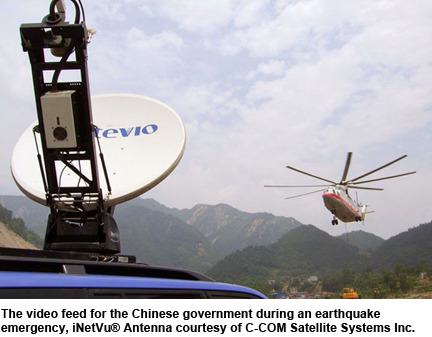 Indeed, more than half of the world’s dozens of satellite operators have either ordered, or plan to order, High Throughput Satellites and 14 million households and 50 percent of enterprise terminals are predicted to be using high throughput platforms by 2020.

Discussions Abound
Naturally, while the future looks bright for HTS, a number of questions remain. We now need to draw on the experiences of those doing it already to find the best way forward. The GVF High Throughput Satellite Conference will serve as a forum where these trends, these companies—and their customers—will provide insights into how this exciting new chapter in satellite communications is rewriting the way that applications are delivered in the world today.

The GVF High Throughput Satellite Conference takes place from 21st – 22nd May in Washington D.C. For further information or to register, please contact...paul.stahl@uk-emp.co.uk

About the author
David Hartshorn is Secretary General of GVF and has worked in the satellite industry for more than 20 years. Mr. Hartshorn leads the Forum’s efforts to facilitate the provision of satellite-based communications solutions throughout all nations of the world. In particular, Mr. Hartshorn works closely to support national-, regional- and global-level policy makers as they formulate state-of-the-art satellite regulatory frameworks.  He is also responsible for creating greater awareness of the commercial, economic, political and technological advantages that satellite-based communications provide.

Mr. Hartshorn also currently serves on various public and private-sector advisory boards, committees, working groups, and project teams where he is involved in facilitating satellite-enabled disaster preparedness, community engagement, financially sustainable business, health, education and more. He is an ex-officio member of the Board of Directors of the Society of Satellite Professionals International, and is Founder of its U.K. Chapter. 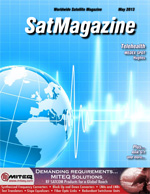