Imagine this: You are a major global satellite operator with massive borrowings of some US$15 billion. You control huge swathes of valuable C-band capacity that, for years, you have defended against the demands from telcos that would like to gain access to
that frequency. 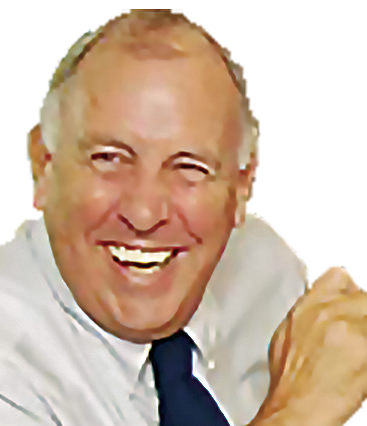 Then, along comes Intel. The company states — in effect — ‘let’s re-think C-band, at least over the U.S.' That re-think could result in a blissful future for Intelsat as well as for its U.S. fellow-supplier of C-band, SES and their fleet of Americom and SES satellites, and a true windfall of life-changing dimensions.

The prospective numbers are truly fascinating and it is no surprise that at the start of May savvy investors also saw the massive dollar signs on the horizon for Intelsat (and SES) and lifted Intelsat’s share price by a massive 42 percent in a single day, so great was
their optimism.

Is it any wonder that speculators — and Intelsat’s management — are enthusiastic? Last year Intelsat’s total revenue was US$2.14 billion. There will be — as yet unstated — costs associated with a C-band repurposing; however, even allowing for those costs, there will still be ample profits. 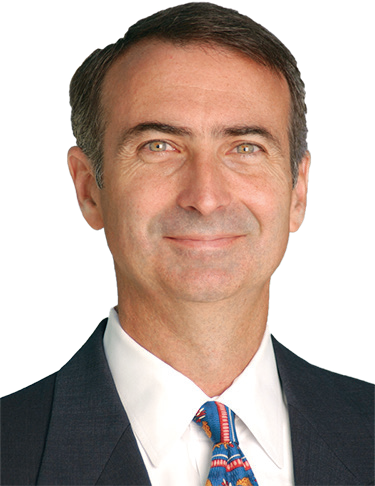 The double news-flow started with Intelsat’s Q1 results unveiled on May 1. Steve Spengler, Intelsat’s President and CEO, told analysts on his conference call that he preferred not to speculate on C-band because it was going to be a complicated process.

“Let me just say this, we do believe it’s possible to clear more than 100 megahertz over time. But it really is going to be a matter of timing, cost and complexity. It’s not a small undertaking. And as we assess that potential, our priority is always to maintain quality of services, continuity of services for our customers. And so, what we have focused on so far is what we believe we can do in a very short timeframe and that’s the 100 megahertz. We’ve stated that 100 megahertz could be made available within 18 months to 36 months after an order from the FCC.”

Spengler also added “there is significant interest from the FCC, the U.S. Congress and the Trump administration [in the proposal]” — “we believe that a Notice of Proposed Rulemaking (NPRM) could be issued by the FCC in the summer of 2018 with the potential for a final order in early to mid-2019.”

Intelsat is quite clear to caveat any optimistic tone with a typical “no assurances” language today but with strong hints of a more
positive future.

A few hours later, still on May 1st, the FCC jumped into the argument with both feet, saying that it wants to consult on the prospects for 5G’s roll-out in the U.S. and how C-band might help make those prospects happen. Moreover, the FCC wants the results of their consultations to be in their hands by June 15th — a sense of urgency that is not normal for any agency. 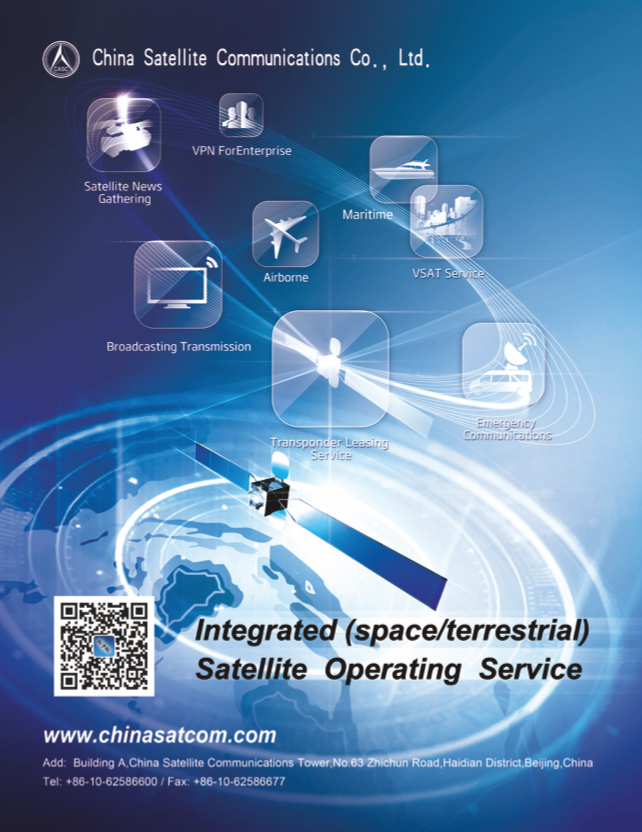 Intelsat and SES between them manage around 90 to 95 percent of the C-band capacity over the U.S.

Analysts at Deutsche Bank, in a detailed examination, suggest that an auction of C-band capacity could generate around US$11 billion in total and probably some 4 billion euros for SES. There are admitted “substantial” costs involved in repurposing this capacity.

The C-band proposal provides for certainty, control and expediency of re-farming of the spectrum which would help expedite 5G; the process going forward will be a “complicated” series of events that the FCC controls; Intelsat believes it can clear more than 100 MHz over time — it’ll be a function of timing, cost and complexity — the priority right now is quality and continuity of existing services, the company said.

Intelsat, as noted, has focused on 100 MHz because that is readily achievable within 18 months of an FCC order; however, as analysts at investment bank Jefferies advised, the spectrum re-farming requires modifications in the network, such as additional equipment, relocation of some facilities, even some change in the configuration of existing / future satellites.

Neither Intelsat, nor SES, control the C-band timing and won’t manage its capital structure to C-band developments; the question as to whether Intelsat tries to inject a sale of satellite capacity for 5G cellular backhaul into the “market-based mechanism” is an interesting one and something that management are obviously mulling, and to date there’s no comment on how SES and Intelsat have worked out the split of a windfall. 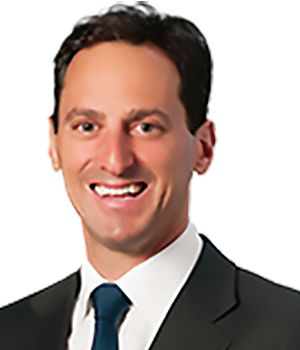 Also, and not to be ignored, are the two ‘minor’ suppliers of satellite capacity over the U.S.: Eutelsat (via its Eutelsat Americas/SatMex craft) and Canada’s Telesat (and its powerful Anik craft). Telesat’s President and CEO, Dan Goldberg, said bluntly that unless his company is welcomed into the C-band ‘club,’ he’ll be objecting to the scheme. “As it stands, unless we can be persuaded that these proceeds are in fact going to be distributed in an equitable way, we are going to oppose this and will oppose it vigorously,” Goldberg said during a May 3 conference call.

SES stated the company would welcome Telesat into the C-band consortium.

The FCC’s aim for the U.S. is to measure the “most fertile” source of C-band (3.7 GHz to 4.2 GHz) spectrum. According to a filing from Verizon last November, the 3.7 to 4.2 GHz spectrum “is the most favorable mid-band spectrum range to introduce 5G services in the U.S.” FCC Commissioner Mike O’Reilly is seeking 200 to 300 MHz of spectrum.

Other terrestrial operators have said that the spectrum on offer as the “sweet spot”, but there are dissenting voices. 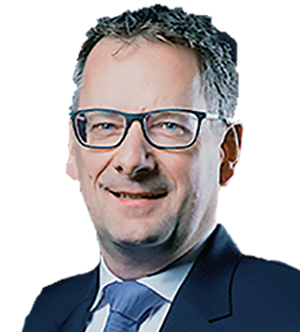 First up are the satellite operators themselves. SES’s newly-appointed CEO Steve Collar, who, while not pessimistic is, at least, realistic in the amount of work ahead. SES supports the Intelsat thrust, but cautions that anything over and above 100 MHz of spectrum would be expensive to manage and implement.

T-Mobile (in a filing made on November 15 last year) said, “Not only does this approach give the satellite industry a multi-billion dollar reward for using spectrum inefficiently, it creates tremendous uncertainty regarding the availability of this spectrum for mobile broadband services and will likely result in inefficient reallocation of spectrum.”

These, and other telco dissenters, also argue that the FCC should take back inefficiently managed C-band spectrum and auction off the bandwidth to the highest bidders, as it would with any other new frequency allocations.

However, Deutsche Bank said that their view is that Intelsat and SES will win FCC approval to mount a private market solution to solve the problem.

An analyst at investment bank Jefferies stated (immediately following Intelsat’s Q1 results), “Stuff the results: Let’s talk C-band again!” Indeed, Giles Thorne at Jefferies said that Intelsat’s comments, while highly useful, and that “there is significant interest from the FCC, the U.S. Congress and the Trump administration [in the C-band proposal].” He, nevertheless, reminded investors that while Intelsat has focused on 100 MHz of its capacity “because that is readily achievable within 18 months of an FCC order; re-farming requires modifications in the network such as additional equipment, relocation of some facilities, even some change in the configuration of existing / future satellites; Intelsat doesn’t control the C-band timing and won’t manage its capital structure to C-band developments; the question as to whether Intelsat tries to inject a sale of satellite capacity for 5G cellular backhaul into the ‘market-based mechanism’ is an interesting one and something that management are mulling; no comment on how SES and Intelsat have worked out the split of a windfall.”

That windfall is the prize. Adding a (net) few billions of income to Intelsat, SES and a commensurate amount to Eutelsat and Telesat would completely revitalize the financial prospects for satellite operators over the U.S.

What America does today, the rest of the world might do tomorrow and 5G could end up being the best thing that has ever happened  to satellite.

“The C-band Joint Use Proposal was made in response to an FCC Notice of Inquiry about potential other uses for this mid-band spectrum. There is significant interest from the FCC, the U.S. Congress and the Trump administration to make additional spectrum available for terrestrial use in deploying future 5G networks in the U.S. Intelsat continues to meet with relevant parties, including our customers, mobile operators and regulators, to advocate for our commercial framework that would allow us to protect the reliability of the services we deliver and result in an efficient and timely process should the FCC implement the proposal. We believe that a Notice of Proposed Rule Making (“NPRM”) could be issued by the FCC in the summer of 2018, with the potential for a final order in early to mid-2019. However, we can provide no assurance as to the likelihood of the FCC’s acceptance of the various facets of our proposal, or as to the actual timing of issuance of an NPRM or a final ruling, all of which are in the control of the FCC.”