A dry continent with huge expanses between urban centers is a great environment for radio communications and experimentation—that’s why ever since its early days, regional and outback programs in Australia such as the Royal Flying Doctor Service and School of the Air have relied on HF radio, and more recently satellite communications, to deliver their core services.

This dependence on radio communications has spawned a number of radio equipment manufacturers in Australia and New Zealand, such as AWA and Mitec. Today, the best known of these are probably Tait Communications (in New Zealand) and Codan and EM Solutions (in Australia). 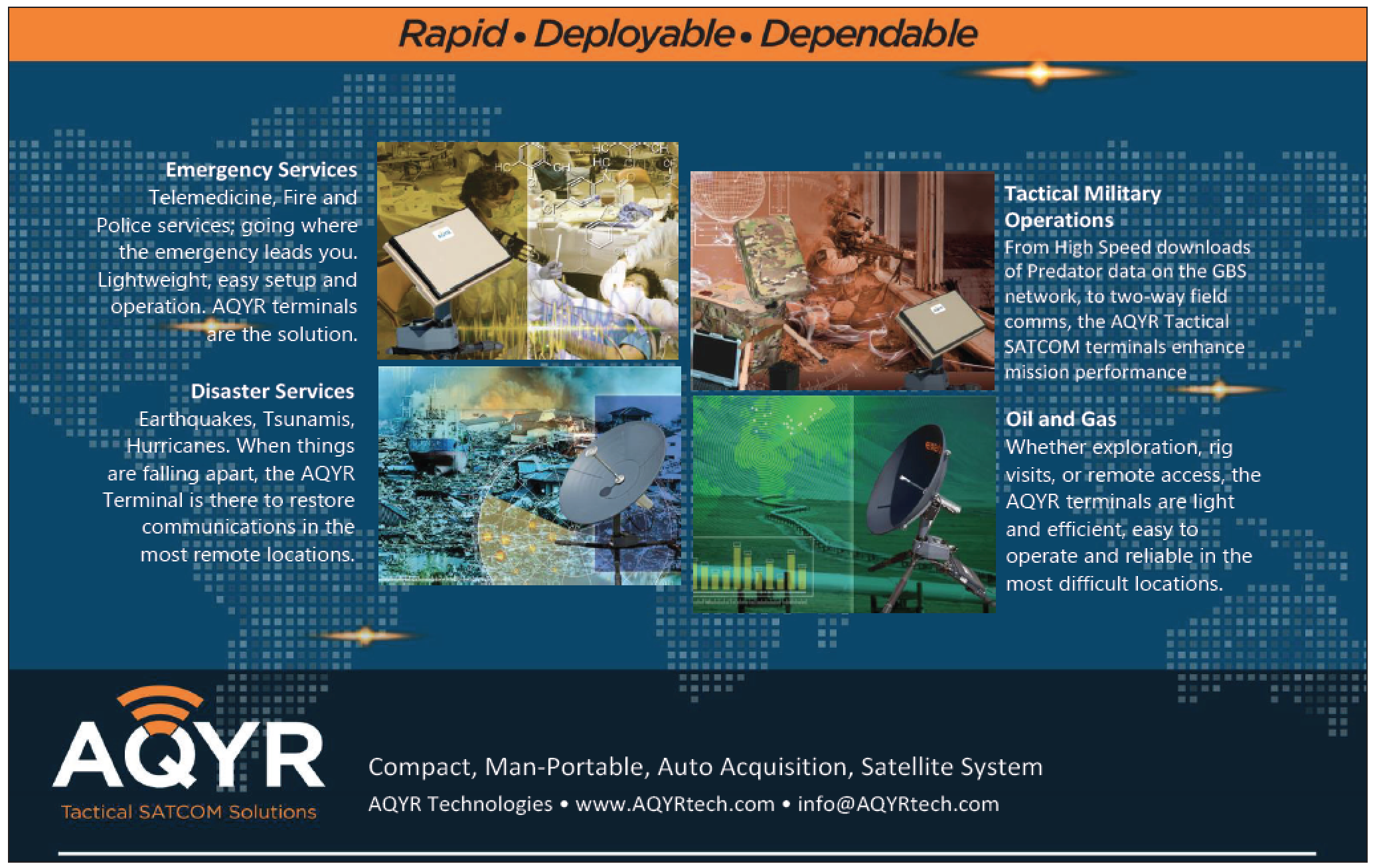 EM Solutions originated after the takeover of its founder’s earlier company, Mitec, by Codan in 1998. Initially established to design and manufacture microwave components, such as filters, low phase noise oscillators, and power amplifiers, EM Solutions recognized early on the promise of Ka-band satellite communications to provide high throughput links.

The company began to specialize in robust and powerful block up converters (BUCs) and low noise block down converters (LNBs) in the early 2000s, which it has continued to innovate with the introduction of GaN devices and broadband power combining techniques for high power amplification. Today, EM Solutions’ BUCs and LNBs are leaders at the premium end of the market for their size and the power levels over the Ka-band bandwidths in which they operate. 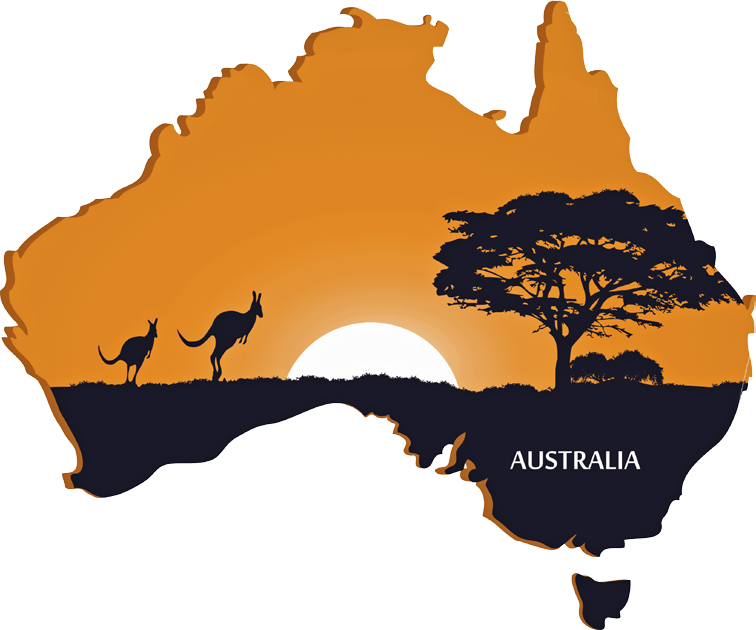 Seeking to differentiate itself in an increasingly crowded market, the company continued to move up the value chain and soon developed a unique on-the-move satellite ground terminal that was characterized by its ability to stabilize itself and point to the satellite, even under the most violent motion conditions.

That terminal used a clever technique to generate a pointing vector from the satellite signal itself. Unlike existing systems that measured only the amplitude (signal strength) of the incoming signal and were dependent for this upon delayed feedback from the modem, the EM Solutions pointing and tracking system directly measured both relative amplitude and phase of the so-called TE21 mode launched in its antenna feed. This gave a highly precise indication of the distance the feed needed to be moved to return to boresight, as well as the direction in which to travel.

Because it did not rely on a one-dimensional absolute amplitude that (in addition to pointing error) was also affected by scintillation and fading, the resulting terminal proved much better at acquiring and tracking the satellite than its existing competition. As a result, the new EM Solutions on-the-move “Taipan” terminal (shown in Figure 1) has begun to displace an installed base of competitor land mobile terminals that fail to acquire or retain the satellite under even the simplest of maneuvers, such as sharp figure-of-eight turns, or after intermittent signal blockage. Its use of a three axis gimbal system is also beneficial in areas with a high satellite look angle, as that avoids the keyhole effect and the slow response of the azimuth axis on its own to maintain accurate pointing. 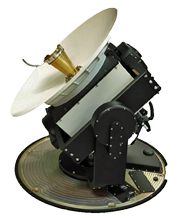 Figure 1. The Ka-band Taipan on-the-move land terminal permits high speed communications with any Ka-band satellite system even over the most rugged terrains.

EM Solutions recognized early on that as a smaller user to the much larger US presence, Australian defence forces would frequently face congestion or pre-emption in critical situations. The company then developed a broadband antenna configuration that would operate on both the WGS frequency band, but also fall back to the commercial Ka-band in the case of congestion or pre-emption of the military services.

This required the development of a new BUC and LNB architecture that could support dual-band operation as well as a more complex feed system—one that passed not only the broader bandwidth signal itself, but also generated the more complex TE21 signal required for tracking both bands as well. The resulting Cobra dual Ka-band maritime terminal (Figure 2) was the result. 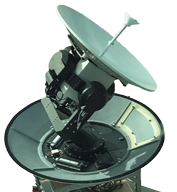 Later, X-band capability was also added, so that the terminal could track both military X- and Ka-bands simultaneously. Not only did this new innovation increase redundancy, since a second transmit and receive chain were added to manage X-band communications in addition to Ka-band, it increased the system capacity since the terminal allowed simultaneous usage in both bands and provided protection against weather related impacts that could occur at Ka-band.

EM Solution’s 1 meter Cobra tri-band X/Ka terminal shown in Figure 3 is the latest satellite innovation to come out of the Australasian region. For the first time in a relatively small terminal, true broadband communications can be provided with increased redundancy, assuredness, and diversity—in either a maritime or land environment.

Available in the Taipan form factor for use on land mobile, or as a Cobra for below-the-horizon maritime operations, the system is now being repackaged for airborne use as well, to reduce the weight and profile required in such a terminal. The company’s BUCs are already being used by major systems integrators around the world to work in an airborne atmosphere and offer multi-band communications. 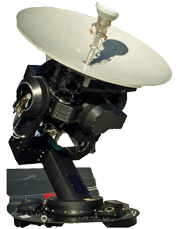 Figure 3. The Cobra 1m tri-band X/Ka maritime terminal is similar to the dual Ka-band terminal shown in Figure 2, but permits simultaneous X-band services with military Ka-band, and fall back to commercial Ka-band as required. This is supported by a more complicated antenna feed system and a second X-band transmitter and receiver chain.

Perhaps the most exciting innovation the company has pursued in the past year is their new line-of-sight mobile terminal, which provides incredibly fast and high throughput communications—up to 10 Gbps, at sub microsecond latencies—between two moving platforms within line-of-sight.

Not requiring a satellite at all, this system combines the stabilized tracking platform of the on-the-move satellite terminal with an ultra high-speed ‘Exomux’ radio developed in conjunction with sister company EMClarity and Australian research laboratories Data61 (previously the ICT arm of CSIRO). This terminal is shown in Figure 4.

This mobile Exomux system uses a patented tracking technology that tracks a beacon signal transmitted by the remote terminal and locks on to its boresight by generating the same TE21-derived pointing vector as used in the company’s satellite terminals. The beacon signal has a wide beamwidth, enabling a large capture angle at both ends, once the correct search quadrant in the sky has been input to the system. 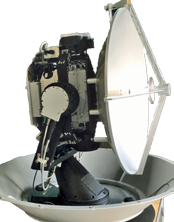 Figure 4. The new Exomux mobile terminal provides for line-of-sight communications at 10 Gbps data rates between any two moving platforms. Independent of satellite, the system operates at E-band and uses a patented pointing technology to ensure both terminals remain locked onto each other.

Once automatically acquired and pointing toward each other, the radios use 80 GHz E-band transmission to code the data stream over a
5 GHz bandwidth. This supports full duplex 10 Gbps data throughput with a relatively simple modulation scheme, and allows the radios to communicate over distances of up to 20km at ground level—and much longer in free space, even when both ends are moving. Such technology can be used for ship-to-ship, ship-to-shore, ship-to-air, or air-to-air communications, and can download truly massive amounts of surveillance or reconnaissance data
in seconds.

A dry and rugged sunburnt country like Australia is a great proving ground for radio innovations. Adopted by the Australian Border Force and the Royal Australian Navy, EM Solutions’ satellite terminals are increasingly being used for high reliability and mission critical applications around
the world.

Heard of “Men at Work” and their hit song about the men down under? Think radio waves hard at work.
emsolutions.com.au 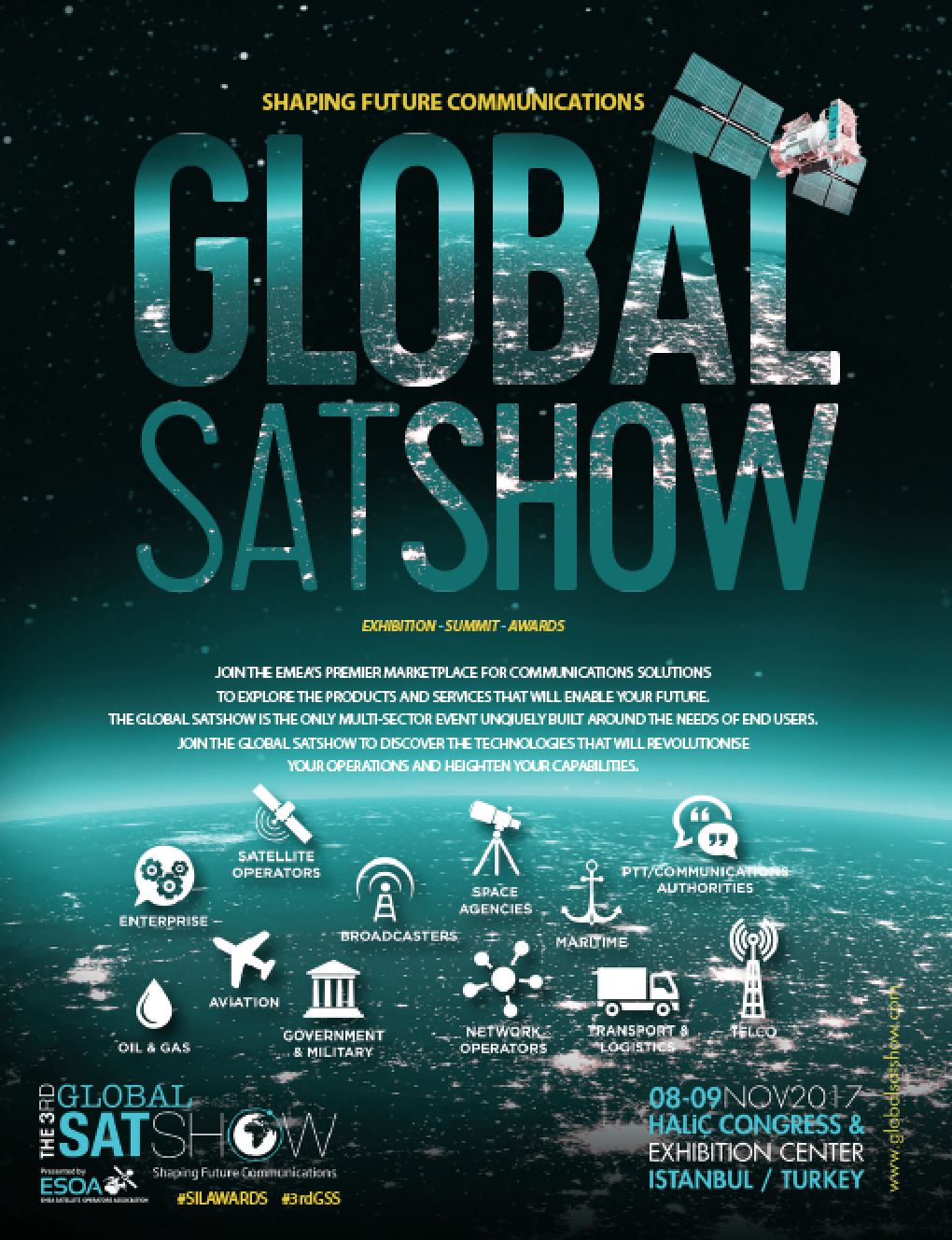