Figure 1. This diagram illustrates the highlighted approaches for optimization.

Today’s IP Modem Technology
There are multiple technological steps involved with establishing a network connection over satellite, starting with the IP stack, including IP-based optimizations. This is followed by encapsulation, forward error correction, and modulation and signal shaping.

IP-based optimizations comprise a wide range of methods, including IP header compression, TCP acceleration, prioritization of different traffic types, and reorganization and repackaging of the packets to optimize packet rate or size. Since they’re not satellite-specific, these techniques are not always included in the IP modem itself. However, adaptive coding and modulation (ACM) can change the available bandwidth rapidly, making it critical that operators deploy an IP modem with some type of IP optimization technique in order to account for changing environmental conditions.

During the encapsulation process, IP packets are organized into a stream for transmission over satellite. For many years multi-protocol-encapsulation (MPE) was the common method for encapsulation. MPE packages IP data into an MPEG transport stream, which is transmitted over DVB-S or DVB-S2. Given the significant overhead that MPE requires, the industry recently developed a more efficient method of encapsulation called generic stream encapsulation (GSE). GSE improves the overhead situation by adding a 4-byte header and an optional MAC address to the IP packet. 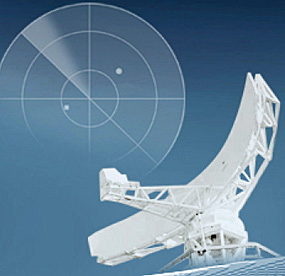 Forward error correction, modulation, and signal spectrum shaping are then the elements that make up the DVB-S2 standard. Implementation of these parts is usually done in silicon, so any contact with this specification requires hardware changes. Thus, this is a rather complex subject matter, as operators want to protect the ROI of their equipment and remain interoperable with existing platforms. Therefore changes in this field are made with respect to backwards compatibility and/or as optional extension, which are commonly being referred to as DVB-Sx and currently in the processing of being written into a standard.

Next-Generation Technology Developments
The DVB recently published an extension (Annex M) to DVB-S2, introducing a new physical layer header and a time slicing method for wide Ka-band transponders. Focusing on the 200 to 500 MHz bandwidth spectrum, a carrier can now be shared between multiple receivers without each of them having to decode all frames before content selection. The benefit is that the LDPC decoder does not have to run at full carrier speed, which saves expensive silicon area, given that the full carrier could now be beyond the Gigabit frontier. Thus, the multiple input stream feature of DVB-S2 has been expanded down to the physical layer.

Advanced ModCods
With DVB-Sx a wider set of ModCods will provide a better granularity in highly optimized ACM links over the long term. Although proprietary solutions have been demonstrated, a common standardized solution is not yet defined. Should it be fully backwards compatible with the existing DVB-S2 standard? Or does the improvement and extension of use cases justify more daring extensions? The answer to that question, both from a technological perspective and commercial acceptance, will determine the future.

New Roll-Off Factors
New roll-off factors, down to 5 percent, were the first enhancement to DVB-S2 that has been widely deployed. This was made possible due to the fact that receivers could accept the lower roll-off and compensate for the difference in filter adaption during the equalization phase. With high Es/N0 there is an influence of a few tenths of dB; however, in most cases, this does not even change the ModCod. 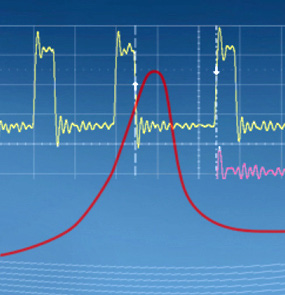 In the beginning there was a lot of excitement about the savings in bandwidth simply due to less occupied bandwidth. The reality showed that lower roll-off factors come with a trade-off: The peak-to-average power ratio (PAPR) increases, making the signal more susceptible for distortion. While 5 percent has been proven a bit too low for many environments, roll-offs between 7 to 15 percent are an advantageous alternative to DVB-S2 defined values.

Predistortion
Using higher modulation types causes nonlinearities, significantly reducing the Es/N0, especially on the transponder edges. Implementing a 5 percent roll-off within a full transponder operation increases the power transmitted to these critical parts, also increasing the influence of group delay. Anticipating these effects in the signal is the only reliable way to eliminate degradation. However, it’s challenging to implement predistortion while ensuring it can be easily modified by users, who may or may not be RF experts. Choosing a device with a predistortion feature that automatically performs measurements for linear and nonlinear distortions is an effective way to address this issue. 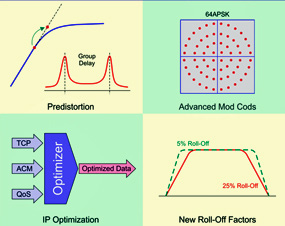 Figure 2. This diagram illustrates the most up-to-date-technology developments.

IP Optimization
While signal-specific technologies are trending, there is at least one IP-centric issue that’s receiving attention. As ACM has become a common feature on IP links, network operators are presented with the challenge to identify and manage bandwidth issues when facing a capacity that is frequently changing. For example, during adverse weather conditions such as a hurricane, tornado, or sandstorm, Es/N0 could fluctuate by a factor of several dB within seconds, up and down. Typically bandwidth managers are not equipped to handle these rapid changes, causing remote monitoring to stop functioning.

An identified solution configuring ACM functionality and bandwidth management together in the same system is one approach that resolves this issue. The encapsulator shares the ACM ModCod information with the traffic shaper, enabling it to respond to changing the bandwidth.

Conclusion
Having been around for nearly a decade, the digital satellite transmission standard is ready for its next step. While the professional market is already using many of the technologies discussed throughout this article, the consumer market is concerned about the confusion that might arise with the introduction of a third-generation standard. Thus, the goal for the industry should be to develop a stable and understandable situation for both the technology and standardization. Now is the time, as another big change in the industry might take place another 10 years from now.

About the author
Jörg Rockstroh is the Product Manager—Modem Technologies with WORK Microwave GmbH. He is responsible for the products and the features roadmap for the digital SATCOM portfolio as well as the reference point (“Champion”) for that portfolio with key internal stakeholders (sales, engineering, production, logistics and is an active participant with industry bodies such as the DVB Project for future standards setting.