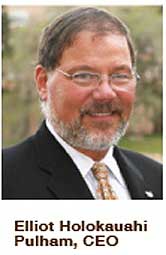 Given the gnashing of teeth surrounding the FY11 budget proposal for NASA, one could suspect that the tumult signals the “winter of our despair” in the space community. But that would be to color the entire global space enterprise based upon a single agency that accounts for only 7.2 percent of the action. The global space economy grew by about that much (7 percent) in 2009, with U.S. government spending up 11 percent and spending by other governments up 22 percent.

These data come from the Space Foundation’s The Space Report 2010: the Authoritative Guide to Global Space Activity, which was released a few weeks ago in conjunction with our 26th National Space Symposium. This is the fifth year we’ve published The Space Report. During those five years, which include a significant period of global economic recession, the worldwide space economy grew a whopping 40 percent.

Surely, The Best of Times
The Space Foundation has a global mission: To advance space-related endeavors to inspire, enable and propel humanity. Looking across the vast global spacescape, certainly we are in a “spring of hope.” For example: 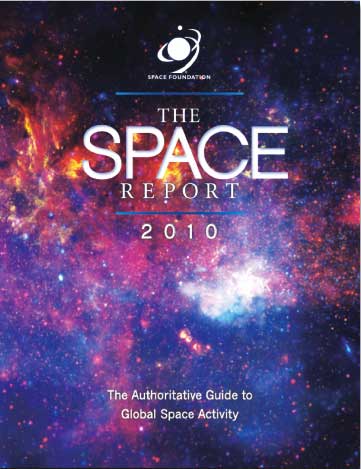 This flurry of forward momentum in the international space community was certainly reflected at the National Space Symposium — where featured speakers included Paul Weissenberg, Ph.D., a director of the European Commission; Wang Wenbao, director general of the China Manned Space Engineering Office; Air Commodore Mark Ashwell, UKRAF (Retired); and Major General Yáng Lìw&#283;i, China’s first man in space. In all, more than 20 nations were represented at the Symposium, including official delegations from China and Poland, and an industry delegation from China.

In the U.S., of course, there were successes as well. The Ares I-X test vehicle was successfully launched from Kennedy Space Center and was quickly named one of the top inventions of 2009. Virgin Galactic’s White Knight 2 began a rigorous, and successful, flight test program. United Launch Alliance continued a perfect launch record, and recently completed its 40th consecutive successful launch since its formation.

The Space Shuttle orbiter continued to fly safely, including a spectacular servicing mission to the Hubble Space Telescope that will extend the life and capability of that venerable instrument (the Space Foundation awarded that mission with its prestigious Space Achievement Award, presented at the 26th National Space Symposium). Ground was broken at Spaceport America in New Mexico.

The presence of water ice on the Earth’s Moon was definitively confirmed (the definitive mission, LCROSS, was honored by the Space Foundation with the John L. “Jack” Swigert, Jr., Award for Space Exploration, also presented at the National Space Symposium). More Earth-like “Goldilocks Planets” in deep space were discovered.

An Age Of What?
Make no mistake: the proposed cancellation of the Constellation program and redirection of NASA exploration resources raises questions about the agency’s future, and casts a shadow of doubt about continued U.S. leadership in space. Whether Americans come to view this time as an “age of wisdom” or an “age of foolishness” remains to be seen. (I’ve said all I have to say on the subject.)

The View from Here is that the data in The Space Report 2010 are clear. 2009 was, for global space activity, “the best of times.” With space activity accelerating around the globe, 2010 could yet prove to be another “spring of hope.” 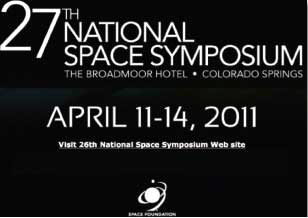 About the author
Named chief executive officer of the Space Foundation in 2001, Elliot Pulham leads the premier team of space and education professionals providing services to educators and students, government officials, news media, and the space industry around the world. He is widely quoted by national, international, and trade media in their coverage of space activities and space-related issues.

Before joining the Space Foundation, he was senior manager of public relations, employee communication, and advertising for all space programs of Boeing, serving as spokesperson at the Kennedy Space Center for the Magellan, Galileo, and Ulysses interplanetary missions, among others. He is a recipient of the coveted Silver Anvil Award from the Public Relations Society of America— the profession’s highest honor. In 2003, the Rotary National Awards for Space Achievement Foundation presented him with the coveted Space Communicator Award, an honor he shares with the late legendary CBS News Anchor Walter Cronkite and former CNN News Anchor Miles O’Brien. Pulham is a member of the national board of advisors of the RNASA Foundation and a member of the board of advisors of the National Institute for Space & Security Centers (NISSC). He is a former Air Force Civic Leader and advisor to the Chief of Staff and Secretary of the Air Force, and a recipient of the U.S. Air Force Distinguished Public Service Medal.