The Internet of Things (IoT) and associated Machine-To-Machine (M2M) connectivity has been named the next Industrial Revolution—these technologies will bring major changes in the way all businesses, governments, and people will interact with each other, as well as with the entire world. 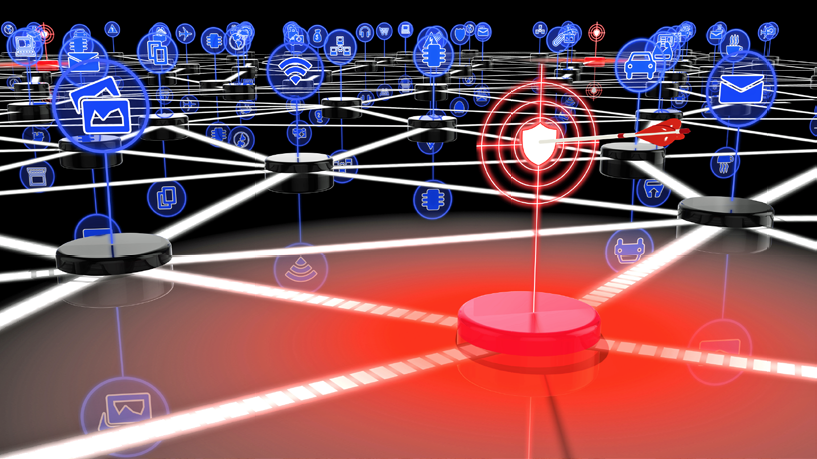 Forecasts for growth and the expected numbers of IoT/M2M devices are staggering. One example is the Ericsson Mobility Report1 which states that at the start of 2016, predictions were made that IoT will overtake mobile phones by 2018. Additionally, between 2015 and 2021, the number of IoT/M2M connected devices will annually grow at a rate of 23 percent.

Ericsson also predicts that 28 billion total devices will be connected by 2021, of which close to 16 billion will be
IoT devices. Other notable forecasts summed up by Forbes2 in November 2016 are estimates that the total IoT market size in 2015 was up to $900 million, growing to $3.7 billion in 2020 for a CAGR of 32.6 percent. The General Electric prediction is that the IoT investment is expected to top $60 trillion during the next 15 years. The IHS forecast predicts that the IoT market will grow from an installed base of 15.4 billion devices in 2015 to 30.7 billion devices in 2020 and then to 75.4 billion in 2025.

Predictions are predictions; however, one elements is for certain—IoT is going to be big. 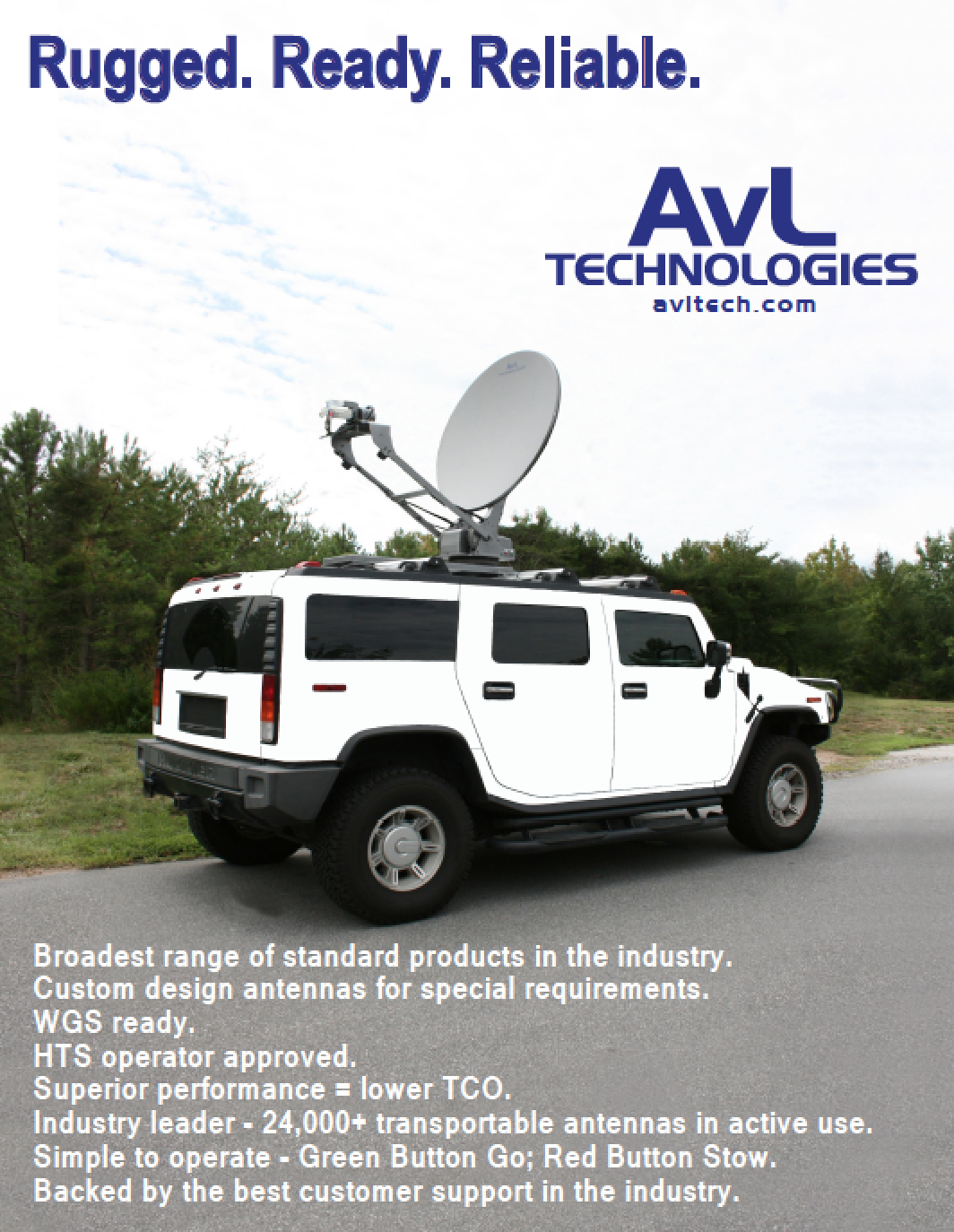 OK, then, what about IoT and SATCOM?

Published in November of 2016, NSR’s Machine to Machine (M2M) and Internet of Things (IoT) via Satellite, 7th Edition, predicted the global satellite M2M and IoT market will reach 5.96 million in-service satellite M2M/IoT terminals by 2025. That corresponds to nearly $2.5 billion in annual retail revenues, with a doubling of those revenues expected over the 2015 revenues.

Following extensive research at Advantech Wireless, the company has come to some interesting conclusions—IoT/M2M over satellite will also experience a dramatic growth over other SATCOM markets.

Due to these expectations, Advantech Wireless has already readied the firm’s award winning ASAT™ Dynamic WaveSwitch™ Multi-Service SATCOM System for IoT. The company also recently released the ASAT Ka/Ku-8200 SATCOM terminal that is specifically designed for IoT/M2M/SCADA and Telemetry applications.

Interesting Facts About IoT/M2M Over Satellite

SATCOM has always been used for industrial M2M. In fact, some industries such as Utilities, Oil & Gas, Lottery, Banking, Government, Sensor Network and Security depend on SATCOM for their service deployments.

Considered by some as the first IoT/M2M objects were the ATM machines that conducted their transactions online as far back as 1974. Since then, SATCOM has always been involved in M2M, Industrial SCADA (Supervisory Control and Data Acquisition) network deployments, telemetry and other concerns.

For many years, this market segment was named in the SATCOM circles as “transactional low data rate SATCOM applications,” which is in contrast to Enterprise and Consumer Broadband applications over satellite. 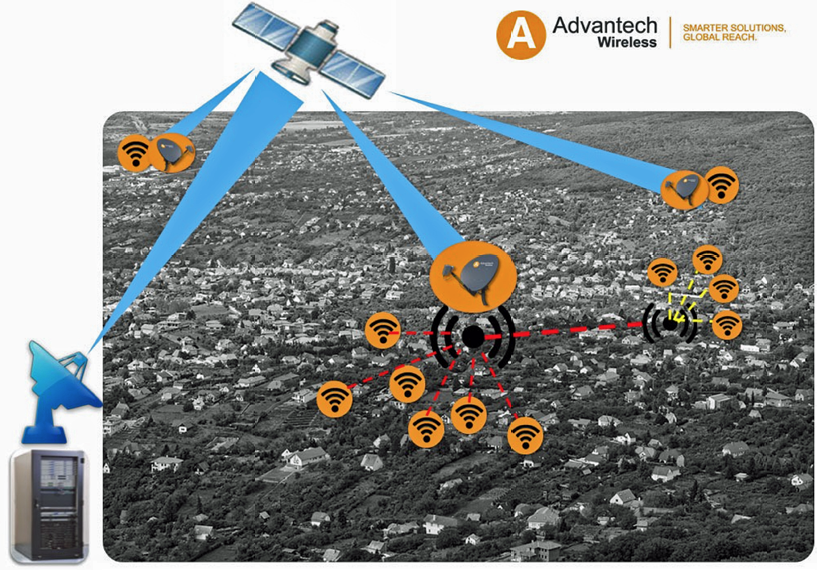 Over the last 10 years, a new and growing SATCOM market has emerged—cellular backhaul over satellite. As cellular connectivity is also often used for IoT and M2M, SATCOM has also been used to backhaul larger numbers of IoT/M2M devices that are connected via cellular, WiFi or other wireless communication methods.

The IoT/M2M market is currently experiencing the advent of ultra-low cost radio transmission standards for IoT, such as LoRa™, Sigfox™, LTE-M, Weightless and NB-IoT. These technologies target the less than $5 per radio transmitter cost range and there are a number of low cost, localized gateways that could concentrate larger numbers (potentially thousands) of IoT/M2M devices in their vicinity.

This trend leads to a new SATCOM application segment for the company— IoT/M2M Gateway Backhaul over satellite. Advantech Wireless expects that if the general IoT/M2M market grows as dramatically as expected, such growth will also spill over into SATCOM. 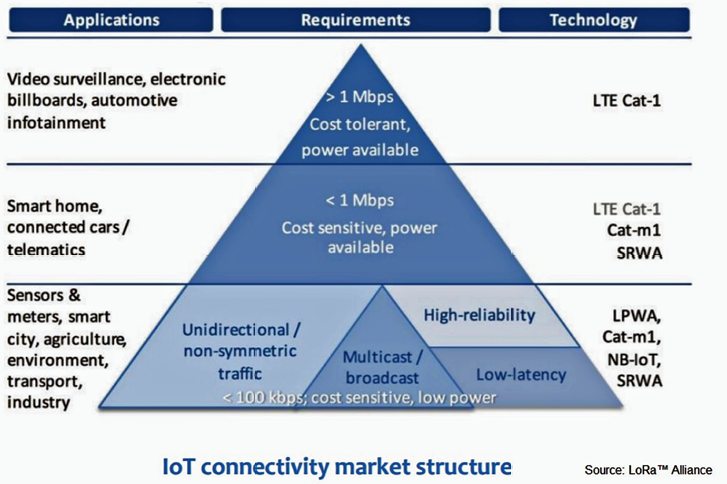 This is a belief held by numerous companies as well as Advantech Wireless. For example, the October announcement of the IoT partnering between Inmarsat and Vodafone3 shows the importance of satellite in this sector—

“Thanks to its ubiquitous coverage and high network availability, even in extreme environmental conditions, satellite-powered IoT allows organizations to extend their services beyond terrestrial networks, where they have remote connectivity requirements, for example in the agri-tech, utilities, oil and gas and transportation sectors.” 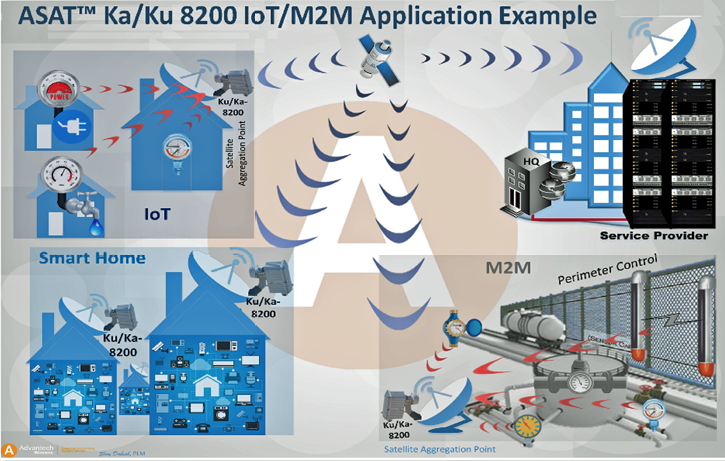 In addition, with such massive numbers of IoT/M2M units being deployed, as well as the advent of new IoT/M2M communication standards with low cost transmitters and gateways, it is hard to envision SATCOM or even LTE to be used solely for each individual IoT/M2M device or also for IoT/M2M Gateways backhaul over satellite. 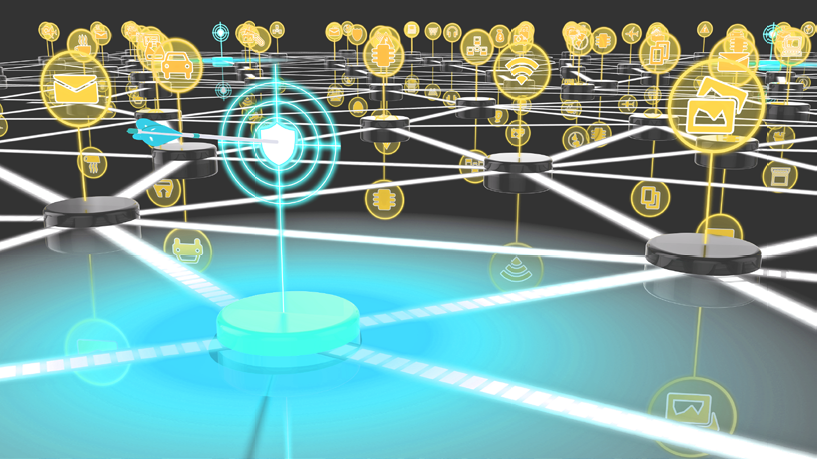 The ASAT Ka-8200 is an integrated VSAT transceiver router that features technological advancements such as Software Defined Radio (SDR) and Direct Modulation, fully integrated with a Ka- transceiver-router in an Ultra-Compact All-Outdoor configuration.

This new ASAT SATCOM Terminal delivers the versatility and ease of deployment required in M2M, IoT and SCADA/Telemetry applications over Ka- HTS satellites.

The ability to combine the ASAT Ka/Ku 8200 with the company’s complete line of ASAT VSAT Broadband terminals further enhances deployment flexibility—VSAT terminals could be used for satellite backhaul of a concentration of SCADA, M2M, IoT devices connected via other wireless mediums such as LTE or WiFi, where the Ka-8200 can be utilized for those locations only reachable via satellite, and where data rate requirements exceed 1Mbps.

The Ka-8200 was designed for a wide variety of IoT/M2M/SCADA and Telemetry satellite applications such as:

Another ASAT IoT/M2M addition to the custom designed ASAT Ka-8200 IoT/M2M SATCOM terminal as the enhancement of traditional VSAT Bandwidth-On-Demand (BOD). This was transformed into a dynamically configurable SATCOM access method that enables dynamic configuration to the exact polling requirements of IoT/M2M, guaranteeing bandwidth when and where needed, as well as preventing the loss of IoT/M2M data. 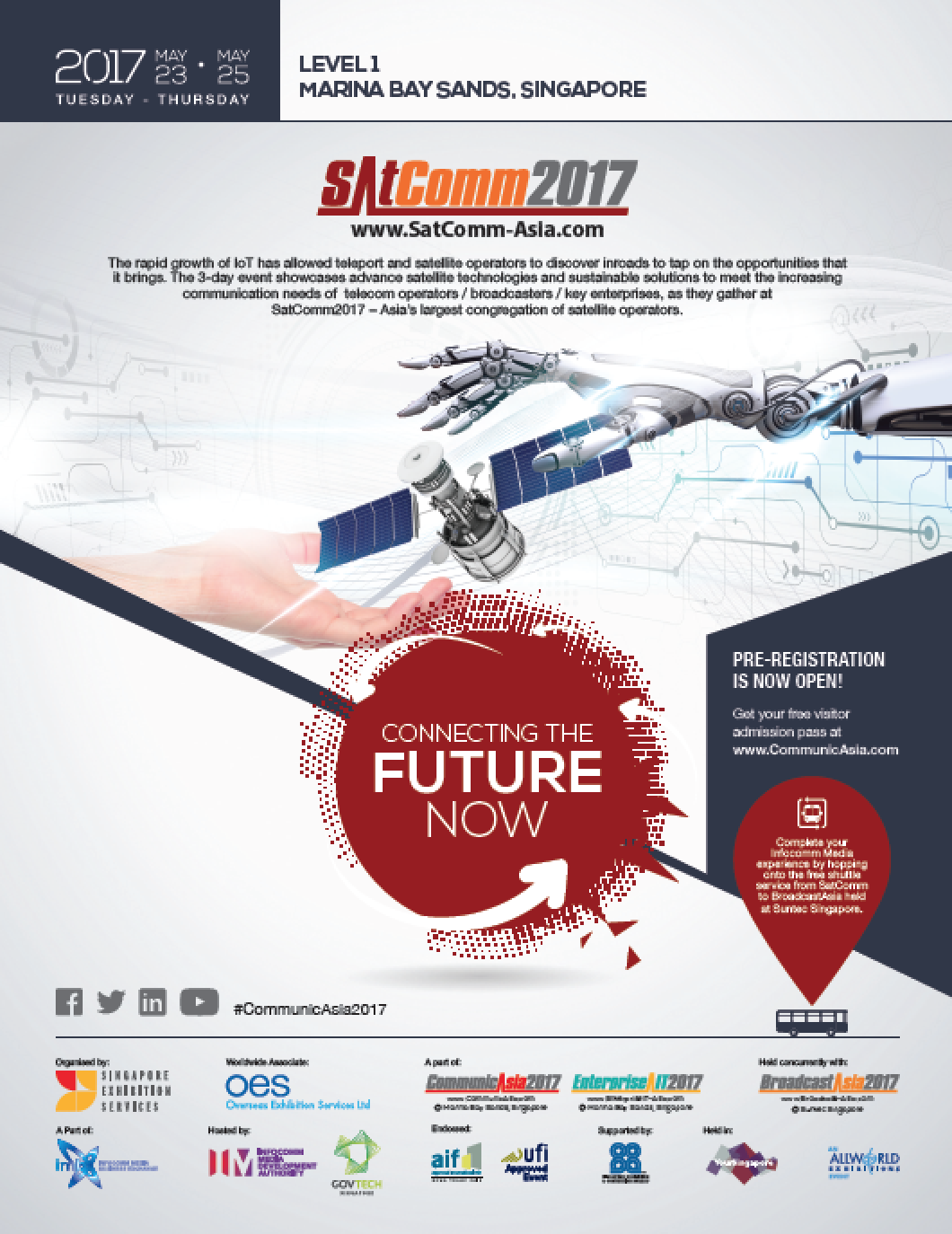 The result is Advantech Wireless’ ASAT versatile SATCOM multi-service access method that dynamically supports multiple modes of operation, such as:

The Next Industrial SATCOM Revolution

With the massive tripling or quadrupling of a new age of IoT/M2M devices and new applications, IoT/M2M will deliver a massive change to this industry over the coming years. Ubiquitous broadband Internet and mobile cellular technologies brought to users the “Connected Society”—new generations and new businesses now interact differently and more effectively than was previously possible.

SATCOM has definitely played an important role in the birth of the “Connected Society,” especially in areas where cellular coverage access was not available.

Now, with the shift from Internet-of-People to Internet-of-Things, Advantech Wireless believes that, in a few years, this transformation will lead to the equivalent of a new industrial revolution as well as a new SATCOM revolution. Satellite communications will play an even greater role, especially when combined with the advanced technologies of HTS and LEO satellite constellations.
advantechwireless.com 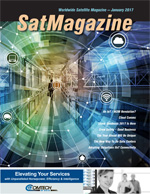