In a little more than a decade, KSAT has moved from being a newly established station operator in Svalbard with a few antennas to support polar orbiting satellites to be one of the world´s leading ground station providers. 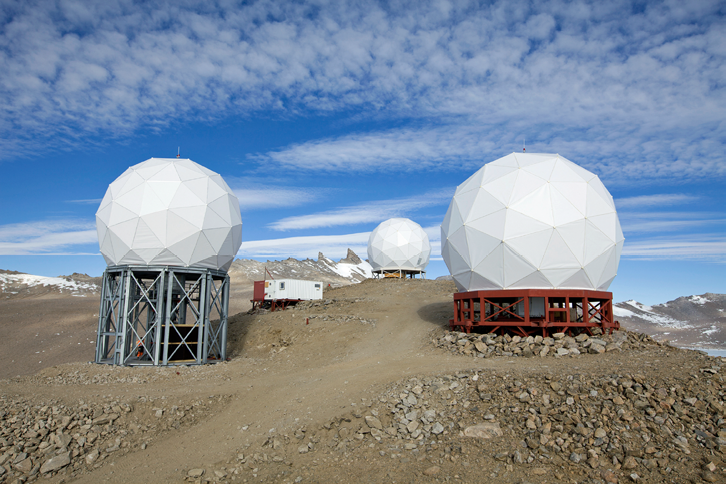 Today, KSAT is able to provide support for any satellite and possesses an antenna network that enjoys world coverage.

Pole-To-Pole Concept
Situated almost at the top of the world, approximately 1,300 km from the Arctic North Pole, is the commercial ground station operated by Kongsberg Satellite Services (KSAT). Even though the average citizen perhaps does not know much about KSAT, the company is well known among leading space agencies and satellite operators as the preferred ground station for all polar orbiting satellites.

The Svalbard site is uniquely positioned and is the only ground station in the world that can provide contact opportunities for satellites each time they pass over the North pole. This equates to the fact that the Svalbard site can uplink and downlink ~14 times per day, on average, or every 90 minutes or so.

The smaller and even more extremely located ground station, the Antarctic Ground Station at 72 degrees south, has similar attributes on the opposite side of the globe. Combining the two stations, Svalbard and Antarctica, is what KSAT refers to as their pole-to-pole concept. 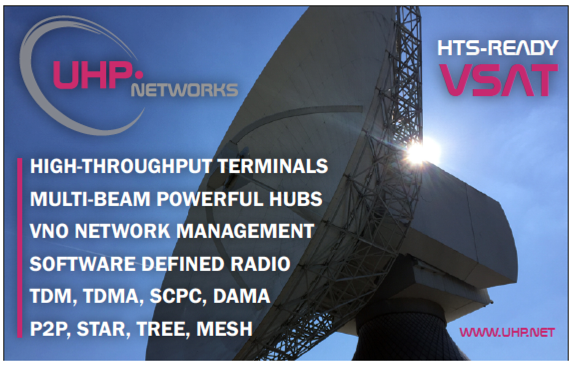 This allows contact with a satellite nearly every 45 minutes using the two ground stations. This is a service that is only provided by KSAT and this solution has—in just over a decade—made KSAT a leader in the LEO market segment. From the position of being a company working in the extreme north and south, KSAT now operates a global ground network with 20 global ground stations, with antennas located on all of the world’s continents.

Location, People & Infrastructure
Location is one important reason why KSAT has been able to acquire a market leading position. However, as always, the people behind the company are equally as important. What started out as a close collaboration between the Norwegian and US Government originating as a temporary ground station and trailer at the Svalbard location to support NASA sounding rockets has now resulted in the largest polar ground station in the world.

In this trailer in 1996, working as the Station Manager, was Reidar Nordheim who, 20 years later, continues to work at KSAT, now as the Head of Infrastructure—he has been instrumental in building up the Svalbard and Antarctic Troll stations. Many of his original team members continue to contribute to the rapid expansion of the KSAT network.

Reidar Nordheim said, “The knowledge and the people in Tromsø and Svalbard is really paramount for KSAT, as they offer a “can do” attitude and a highly positive approach toward our customers.”
The market leading position KSAT has acquired is the result of an intensive effort to reliably operate under adverse conditions. Nordheim explained that the company has spent a significant amount of time on the overall infrastructure design of their sites, which includes diverse fiber communication, dual sets of power generators, data halls with HVAC and more. He added that when building in the Arctic, several important considerations must be made, including how to build in permafrost terrain. Additionally, extreme weather conditions are “business as usual” in locations such as Svalbard and Antarctica.

Nordheim also highlighted the fact that KSAT´s team has the proven know-how on logistics handling, as working in Antarctica places operators in a positions where they are, quite literally, on their own—the adverse conditions do not allow for the delivery of personnel and equipment as often as one might wish could be managed.

Technology & Solutions
“Implementing new technology and SW solutions has always been important for KSAT. But to combine it with the best customer-centric models, providing the customer with optimized solutions, and optimizing their success, that is when we succeed,” explained KSAT COO and the Vice President of Ground Station Services, Arnulf Kjeldsen. “Rather than selling traditional services per pass or per hour of support, over the past six to seven years, we have been providing network services, that integrate global networks for our clients, similar to a one-stop-shop, to deliver world class services.”

Arne Nylund is responsible for the evolution and development of KSAT’s global network as the Director of the Ground Network division. He elaborated more on KSAT’s value proposition, “Creating multi-mission solutions and offering to the customer the full value chain as a service, our bread and butter is to provide to the customer hassle free and high proficiency operation, and allowing them to focus on their core business—turning their satellite data into valuable information for their customers.”

He continued, “We primarily buy our software and baseband equipment, but much of the brainpower in our Tromsø Network Operations Centre (TNOC), is designed in house. This includes scheduling functionality, which allows us to operate closely to 100 satellites and to provide 24,500 passes on a monthly basis. This TNOC functionality is part of our secret sauce. We have also developed a web presence that offers a human-to-machine based interface. And there is more functionality on the way, functionality which we expect will help our customers obtain easier and more rapid access to their satellites.”

NewSpace
Maintaining a lead position in the market is important to KSAT and the company believes strongly in continuous innovation. KSAT built and launched a NewSpace Ground Network called KSAT lite, and is already supporting several companies with typical NewSpace needs and requirements.

In spite of many other companies having already launched satellites with lower inclinations due to their ability to then offer less expensive ride shares, the NewSpace market is heading toward more polar Sun-Synchronous Orbit (SSO). One reason for these actions is that satellite operators note the operational cost can be significantly improved for the same contact time for SSO access.

NewSpace operators have realized they need many more antennas and globally distributed locations to be able to obtain identical contact time and the same amount of data that was obtained in lower inclinations—KSAT is able to support any type of orbit.

KSAT will continue to deliver services to assure that all clients and end users obtain their required data, no matter if that is AIS, weather, navigation signals, maritime monitoring or other Earth Observation (EO) services. The KSAT network will continue to grow as satellite owners realize they can obtain access to their satellites—anywhere, and at anytime.

Stig-Are Thrana is US Sales Director and the Head of Kongsberg Silicon Valley Office. He holds a Bachelors degree in Entrepreneurship and Innovation and has been working with professional radio and satellite communication for more than ten years. Stig has been one of the entrepreneurs and pioneers of the KSAT lite network, the world largest NewSpace network.  Kongsberg Satellite Services—KSAT—is a world-leading provider of ground station services for LEO satellites , thanks to the company’s uniquely positioned global ground network.