Satellite interference is a relatively new topic for VeriSat. We have worked in the industry for a number of years, providing test equipment and monitoring solutions for interactive satellite communications and VSAT technologies. 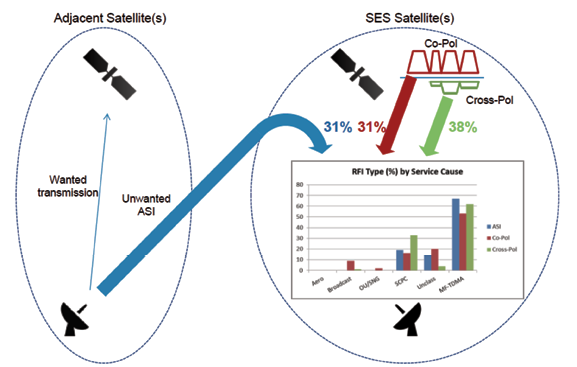 Last year, SES approached us with the problem of VSAT interference and asked us if we could find a way to identify the terminal ID, to which I naturally replied, “Of course.”

The VSAT Story
VeriSat is already well versed in the VSAT environment, where systems are often operated in remote, unmanageable locations and increasingly used in mobility applications. As IRG explored in their previous column, equipment quality and accuracy of the installation is paramount, all the while quite difficult to achieve under all the circumstances that can present themselves over the life time of operation. Antenna misalignment and faulty hardware may easily lead to cross polarization or adjacent satellite interference (ASI).

SES explained VSAT MF-TDMA systems cause a significant amount of interference for their fleet, and, due to the nature of VSAT systems, they also require the longest time for the resolution of all RFI types. The main problem is that there is no standardized way to detect the identity of the interfering VSAT terminal, as there is no mechanism—such as Carrier ID—in place for that identification.

Naturally, the business impact is less than ideal and leads to degraded services, loss of revenue due to unusable bandwidth, unsatisfied customers, and annoyed neighboring satellite operators, all elements which no operator wishes to experience and a problem they are all working hard to avoid and control.

The Existing Process
Today, satellite operators use various tools and manual processes to identify and manage VSAT interference. These tools include automated X-Pol measurements and manually moving groups or individual terminals to other frequencies. If only one terminal is causing interference, geolocation solutions can be used, but this is generally not feasible without knowing which burst belongs to which terminal.

VeriSat was asked to derive a solution that would quickly and efficiently identify the terminal ID causing the interference, while measuring the ASI at the lowest level possible, ideally at a level lower than where the interference causes significant problems. The other requirement was that the solution should be able to run independent of the VSAT hub.

The Solution
SatGuard, which is able to identify the source of adjacent satellite interference (ASI) and cross-polar interference (XPOL) caused by VSAT terminals, was our developed solution.

SatGuard uses VeriSat’s software radio technology combined with off-the-shelf hardware and captures and analyzes the signals from the operational and the interfered links. The system then finds the terminal ID by decoding the operational satellite links and correlates this information with the bursts detected in the interfered signal, where it is only the burst presence that is detected, as the SNR here is normally too low to decode any content. The source of interference—the terminal ID—is then determined. By providing the terminal ID to the VSAT network operator, the necessary actions to halt the interference can be performed.

Burst Detection
Two approaches are used: power level measurement and waveform correlation. Good results based on power level detection require accurate measurement of the noise floor, as well as synchronization to frame and time slot structure. Also needed is the averaging of a reasonable amount of bursts for each terminal.

VeriSat has conducted a series of successful tests on live networks to find the terminal IDs of interfering terminals. Tests show that interference levels as low as -10 dB SNR can be measured, corresponding to a level where the interference is no longer an operational problem.

The technology will be enhanced in the coming months to allow measurements of interference at nominal levels for use under terminal
line-up and commissioning. SatGuard will—for the first time—allow operators to actively monitor VSAT terminal interference levels on a regular basis (daily or weekly), thereby detecting interference problems as they occur.

Petter Amundsen is the Chief Executive Officer of VeriSat, which is headquartered in Norway. 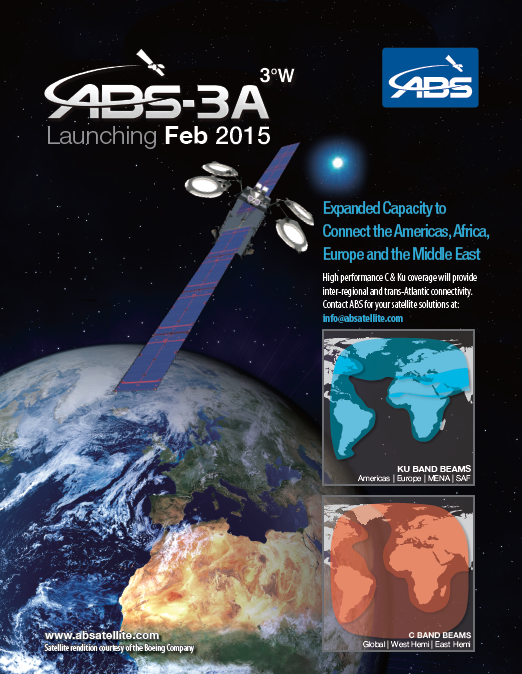