Intelsat’s latest announcement of a new High Throughput Satellite (HTS) platform (EPIC) for, among others, mobility services is a sure sign that the focus on higher capacity has taken hold of the mobile satellite market. What does this mean for the industry and customers, and how will other operators, such as Inmarsat, react? 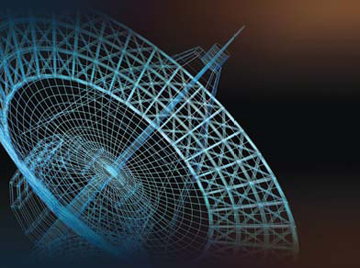 The introduction of the EPIC platform by Intelsat is a signal that FSS operators are more and more convinced that the mobility market is ripe for broadband solutions at a cheaper cost per bit. But HTS capacity, which has been mostly aimed at broadband consumer markets, is not necessarily designed to be a hit in all markets, even in the mobility segment.

As noted in the recently released Mobile Satellite Services 8th Edition report, NSR sees a developing trend in defining HTS for the mobility segment by taking a more in-depth look at region-by-region traffic to fine-tune the coverage where users are most likely to be found. In targeting specific maritime and aeronautical corridors with Intelsat-29e, in particular, the EPIC platform refines the thinking that Inmarsat introduced in the mobility market with Global Xpress by picking coverage over high-travel routes. For example, the North Atlantic corridor coverage of IS-29e is a key area for aeronautical connectivity going forward, and Intelsat could easily convince both Panasonic and Row44 (for example) to use it for their long-haul passenger airline customers.

Furthermore, with the first Ku-band HTS payload aimed at mobility, Intelsat will offer backward compatibility at a higher throughput. This is not the case for Inmarsat, which has planned a comprehensive (and perhaps costly) migration path from L- and Ku-band to its Ka-band HTS. Inmarsat’s fifth generation network coverage will bear a striking resemblance to its fourth generation network, with HTS capacity covering the globe, and aimed at as many current Inmarsat subscribers as possible.

With a few thousand Ku-band customers, Inmarsat has a far broader scope and reach with its next fleet but also more “ground” to cover to reach and attract its current user base to high-capacity services. Thus, its marketing efforts will likely be more intense—the fact that Inmarsat will be operational before Intelsat’s HTS platform gives them a leg up.

However, NSR also believes that users, especially in the more traditional maritime market, will initially prefer to stay with what they have (L-or Ku-band) rather than switch to a new and unproven technology, even if it still sees a transition taking place later in the decade as some HTS applications become more successful.

As for other operators such as Eutelsat, Viasat and Telenor that offer mobility within their HTS offering, they will be somewhat impacted by the Intelsat announcement, but to a lesser extent as their core focus is not currently on mobile users, and even then, it is aimed at specific applications and markets such as satellite newsgathering (SNG) for Eutelsat, maritime and oil and gas for Telenor, and continental air travel for Viasat.

The Bottom Line
The mobile satellite market will experience more competition in the high capacity business, with more operators selling HTS bandwidth across a range of frequencies. However, most operators with an HTS mobility solution will continue to fine tune their coverage to target high traffic areas and to transition customers to higher capacity services.

About NSR
NSR provides insightful satellite industry Market Research and Consulting Services to clients around the world.  Founded in 2000, NSR specializes in analysis of growth opportunities across four core satellite industry sectors: Satellite Communications, Broadcast & Digital Media, Hybrid & Emerging Applications and Commercial Space. NSR’s expert consultants are located globally and possess over 100 years of combined industry experience and the Company focuses on all analytical aspects of each sector, including business, market, financial, and technical issues, thereby enabling clients to clearly understand the current and future state of any opportunity. NSR clients range from start-ups to market leaders in various sectors of the telecommunications industry. The common theme across our clientele is the requirement for unbiased, actionable analysis that provides each client with the intelligence it cannot find elsewhere. For further information, access NSR’s website at this link.

About the author
Mr. Rousseau has more than 20 years of experience in the space sector in various roles, including business and program management, consulting, research, administration and communications. Mr. Rousseau started his career in Ottawa, Canada as Special Assistant for space and science in the Office of the Minister of Industry, Science and Technology of Canada. He then joined the Canadian Space Agency in 1992 in Montreal, Canada where he was Assistant to the President, then successively Analyst for Industrial and Regional Development, Administrator for the RADARSAT program and Manager for Strategic Planning in the Long Term Space Plan Task Force.

In 1999, Mr. Rousseau became Manager, Professional Development Programs and Forum Activities at the International Space University (ISU) in Strasbourg, France. Mr. Rousseau then co-founded Futuraspace, an international space consulting company specialized in space business and management located in California and France. While at Futuraspace, Mr. Rousseau serves as regional and applications expert on satellite communications for NSR and directs both multi-client research reports and consulting projects. He is a key element of NSR’s presence in the European, Middle-East and Africa market.