NASA Is SMAP’in The Earth 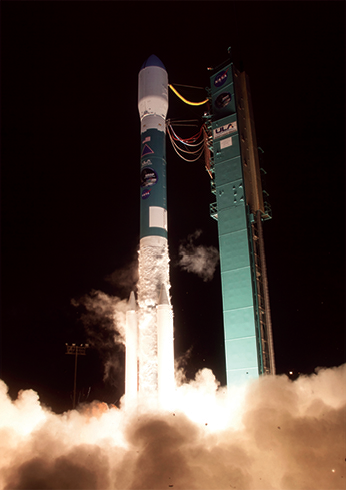 This launch marks ULA’s second launch of 13 planned for 2015, and the 93rd successful mission since the company was formed.

An Aerojet Rocketdyne AJ10-118K engine powered the second stage. The payload was encased by a 10-foot-diameter composite payload fairing. In addition to SMAP, the Delta II delivered four educational cubesats as part of NASA’s Educational Launch of Nanosatellite (ELaNa) initiative.

The SMAP mission is NASA’s first EO satellite mission designed to collect global observations of surface soil moisture and its freeze/thaw state, data that have broad applications for science and society. SMAP will provide direct measurements of soil, all needed to improve our understanding of regional water cycles, ecosystem productivity, and processes that link the water, energy, and carbon cycles. SMAP science measurements will be acquired for a period of three years. A comprehensive validation program will be used to assess the accuracies of the soil moisture and freeze/thaw estimates.

Moog Inc. provided propulsion control for the SMAP. The ULA Delta II launch vehicle is equipped with a Moog engine swing check valve and servovalves on its first stage to aid in engine control upon liftoff. Moog also supplied the second stage engine control pilot valve for the AJ-10 upper stage engine, which controls hydrazine to the main valve.

The second stage of the Delta II guided the SMAP satellite into its injection orbit where it will perform propulsive maneuvers to reach its final, sun-synchronous orbit 426 miles (685 km) from Earth.

Moog delivered nine MONARC-5 thrusters and one qualification thruster to JPL. Thrusters were integrated onto SMAP and activated soon after separation from the Delta II second stage to de-tumble the spacecraft and initiate sun acquisition after solar array deployment.

What’s Up With NASA’s SMAP?

If you were trying to forecast tomorrow’s weather, you would probably look up at the sky rather than down at the ground. 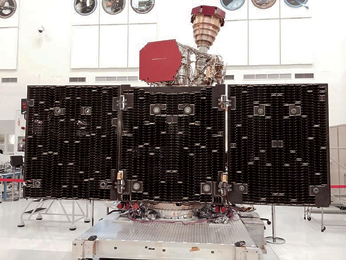 The unfolded solar arrays to power SMAP and the golden feedhorn for its radar and radiometer are visible in this image taken during assembly and testing. Photo is courtesy of NASA/JPL

However, if you live in the U.S. Midwest or someplace with a similar climate, one key to a better weather forecast may lie beneath your feet.

Evaporating soil moisture also makes air cooler, so it affects temperature. In certain kinds of climate, scientists believe, soil moisture is so influential that better observations of it might improve weather forecasts.

These climates are transitional: not too humid and not too dry. For example, the agriculturally productive states of the U.S. Midwest fall into that category.

“Better soil moisture observations lead to better land-atmosphere interaction in weather forecasting models and ultimately to a better prediction of temperature and precipitation,” said Michael Ek, leader of the Land Hydrology Team at the Environmental Monitoring Center of the National Oceanic and Atmospheric Administration (NOAA). “Weather models need good initial observations of the land surface, or you’re starting from the wrong place.”

Better soil moisture observations are just what the Soil Moisture Active Passive (SMAP) mission will provide. SMAP will collect the most accurate and highest-resolution soil moisture measurements ever made from a satellite. SMAP will cover the entire globe in two to three days. The leading question has been how best to incorporate the new data into national weather forecasting models. 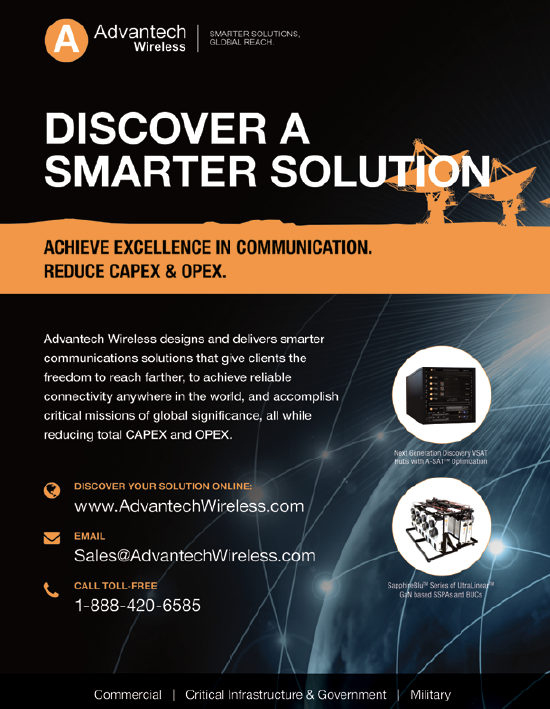 Forecasts will not improve the moment SMAP starts collecting data. U.S. Department of Agriculture research scientist Wade Crow, a member of SMAP’s science team, explained that, as closely spaced global soil moisture measurements have never existed before, the mathematical models used in weather forecasting are not configured to include them directly.

Acquiring the best use out of the new observations has been a subject of active research for several years and will require some significant changes in how soil moisture data are assimilated into the models.

Data assimilation is necessary because weather forecasting models all drift a bit, just like cars. If you’re driving on a perfectly straight road, you still need to keep a hand on the steering wheel or you’ll run off the edge, sooner or later. Data assimilation in a model serves the same purpose as the slight movements of your hands that keep your car on course.

Drift is not a fatal flaw for a weather forecasting model any more than it is for a car. It is simply a sign that the Earth system is too vast and complicated to model perfectly with the resources available today.

To steer forecasts toward greater realism, models ingest, or assimilate, real-world data and use them in sophisticated mathematical techniques. Each time updated observations become available, they are assimilated to improve the starting point for the next forecast.

Closely spaced and highly accurate global measurements are an important part of the process. For soil moisture, however, current observations are not on a fine enough scale to meet the needs of weather forecasting models directly.

“Modelers compensate for the lack of direct observations of soil moisture by using more indirect measures, such as estimating it from observations of temperature and precipitation,” Crow said. “As a consequence, modeled soil moisture tends to diverge from reality. SMAP will be directly observing the state that they want, so they won’t have to back it out from proxy measurements.” 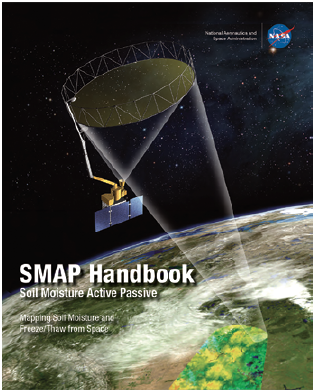 JPL scientist Eni Njoku is working with researchers at another forecasting center, the European Center for Medium-Range Weather Forecasts (ECMWF) in Reading, England. He said, “SMAP will provide benefits of higher soil moisture accuracy and spatial resolution than have previously been available from satellites. This could lead potentially to improved regional and global weather forecasts by ECMWF.”

Environment Canada, the branch of the Canadian government responsible for weather forecasting in that nation, is also working on assimilating SMAP data into its models.

“The numerical weather prediction centers are adapting to the new availability of soil moisture information and thinking of ways they can exploit it,” Crow summarized. “It will be really exciting to see what they find.”

SMAP is managed for NASA’s Science Mission Directorate in Washington by the agency’s Jet Propulsion Laboratory in Pasadena, California, with instrument hardware and science contributions made by NASA’s Goddard Space Flight Center in Greenbelt, Maryland.

Both centers collaborate on science data processing and delivery to the Alaska Satellite Facility, in Fairbanks, and the National Snow and Ice Data Center, at the University of Colorado in Boulder, for public distribution and archiving.

Taking The Strain Out Of Assembling A Satellite

Making final adjustments to the SSTL-300 S1 spacecraft in the horizontal position before the crane hooks are attached. Photo is courtesy of SSTL.

How is a satellite safely repositioned? Surrey Satellite Technology Ltd. (SSTL) reports such is done... delicately and slowly…

At SSTL, a highly regarded manufacturer of small satellites, the challenge is that, but despite their small size, they are often too big to manhandle. That’s when the company relies on their overhead gantry cranes—this process was demo’d by SSTL in their Guildford-based Assembly, Integration and Test (AIT) Hall. 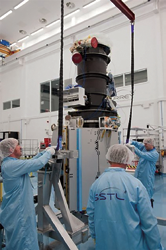 Attaching the crane hooks to the frame. Photo is courtesy of SSTL.

The twin three-axis cranes in SSTL’s main AIT Hall are mounted on sliders so that they can be used almost anywhere on the main floor area. They have a lift capacity of 10 tons and 8 tons and the crane hook is 9.7 meters in height. These cranes are able to work independently, or together, and are precision-controlled using a handheld remote control. Operating them is a skilled job, requiring specialist training.

Surrey’s “smaller” small satellites, such as the SSTL-100 and SSTL-150, are the size of a dishwasher. The process of constructing the panels on these satellites and integrating all the modules and instruments on board takes place on a wheeled platform that allows the engineers to work on the spacecraft from every side. The overhead crane is usually only required when the spacecraft is complete and needs to be lifted into its flight case for transportation to the launch site.

However, the larger platforms from the SSTL-300 range are the size of a mid-sized car. Some of the assembly for these platforms takes place on metal frames that allow SSTL to tilt the satellite from vertical to horizontal, and vice versa, in order to access all the panels.

The tilting maneuver is achieved using the overhead cranes, which allows the company to precisely control the movement of the extremely delicate engineering.

Slowly does it... Photo courtesy of SSTL.

Making final adjustments to the SSTL-300 S1 spacecraft in the horizontal position before the crane hooks are attached, an SSTL photographer was present on the day that one of three SSTL-300 S1 spacecraft, currently under construction in the AIT Hall, was being precision-maneuvered from a horizontal to a vertical position, and then transferred to a new static working jig.

Final tiny adjustments are made to bring the spacecraft down onto the new frame in exactly the right position so that it can be safely secured. Photo is courtesy of SSTL.

The process took place over a period of approximately an hour and a half—everything is done at a slow speed to ensure safety and accuracy. A small team stages and choreographs the sequence, as one of the team members controls the crane with a handheld remote control.

There are three SSTL-300 S1 spacecraft currently under construction at SSTL. The satellites will form a new imaging constellation called DMC3 and are scheduled to launch this year. 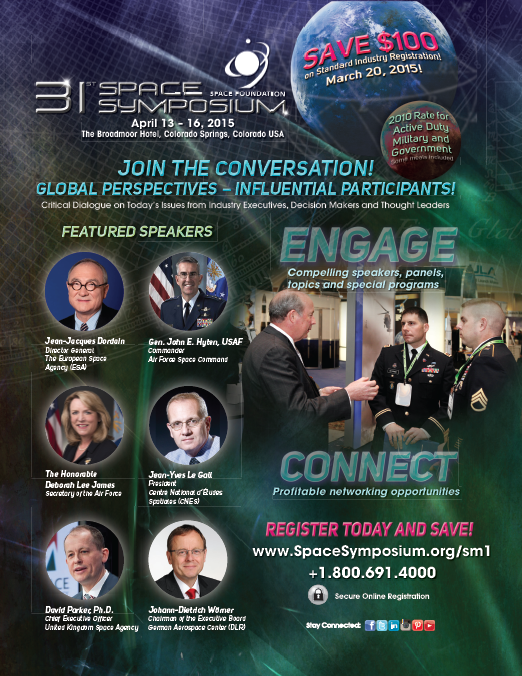