‘Data’ is not just a buzzword. It’s a global business phenomenon that’s rapidly escalating into multi-billion dollar revenues for the communications industry. Broadband connectivity for all is top of the agenda for leading telecom organizations and governments around the world. Short-term forecasts dictate that certain Middle Eastern countries are set to overtake Western Europe in Long Term Evolution (LTE) 4G wireless broadband technology penetration. However, despite accelerated efforts in the Middle East to ease accessibility to broadband services, available networks are still behind the curve when it comes to addressing market needs. As a result, in many areas, broadband penetration remains quite low, particularly in remote areas located outside of urban centers.

This is where satellite communications come to the fore; the most reliable and convenient choice for high-speed data services in remote areas, satellite communications serve as the ideal alternative. As a market-leader in satellite voice products, and a recognized mobile satellite solutions (MSS) operator in the Middle East, Thuraya is using its technical knowledge to enable broadband service across the region, in even the most remote areas. Thuraya’s powerful, robust network and portfolio of innovative products allows subscribers to create remote office capabilities with the same functionality of those equipped with modern communication tools.

Thuraya IP, the world’s smallest satellite broadband solution to support 384 Kbps streaming, lies at the heart of the broadband offering, delivering 444 Kbps standard IP and backed by a dominant network that features unique capabilities to ensure constant connectivity. Specifically designed to be one of the most powerful in the world, Thuraya’s network benefits from ‘high gain spot beams’, a system that allows vast numbers of simultaneous users at any one time; far more than some of our competitors. In addition, the network is able to intelligently and instantly move bandwidth around various coverage zones (more than 140 countries), enabling areas with large surges in traffic to benefit from additional resources, making sure congestion is avoided and robust communications is maintained. These qualities, combined with the innovative design, size and functionality of Thuraya IP, appeal directly to various vertical markets in the Middle East.

One of the prime examples is the broadcast media. Thuraya IP is the solution of choice to relay live video transmissions to studios in separate locations, particularly during breaking news alerts. In Sudan, prominent events such as the elections and referendums were instantly available to viewers due to the advanced streaming capabilities of the product from remote areas.

Broadcast is, by nature, a fast and competitive industry where news channels fight to break stories and update compelling issues as they happen. To be able to gather news quickly and efficiently, broadcast media channels require compact, portable and highly mobile satcom broadband services, especially in hotspots. Again, Thuraya IP proves to be a most authoritative choice; it is the only mobile satellite broadband terminal to be A5 sized and weighs 1,300 grams, easily fitting alongside broadcasters’ equipment. Additionally, the solution supports a full media solutions suite and is the only satellite broadband terminal to provide asymmetric streaming, which allows consumers to select their upload and download speeds, resulting in impressive cost savings. Typically, reporters in the field will upload video to the studio, a process that uses a large amount of bandwidth. However, they do not need to receive large files in return. Most operators have a pricing structure based on uploading and downloading the same amount of content, Thuraya does not have that pricing structure. Our asymmetric streaming means you pay only for what is used, making it a far more cost-effective option. 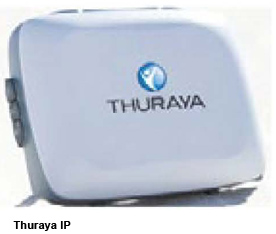 Similarly, in North Africa, the Company has witnessed a growth in adoption of Thuraya IP by large energy corporations. Key features for this particular market were, again, size and mobility, both of which are extremely important during exploration phases. The terminal’s reliability and powerful supporting network were also deciding factors. Whereas VSAT alternatives are affected during bad weather conditions, Thuraya products are not so affected.

Portability is also key. The lack of large antennas and extra engineers to carry them makes Thuraya IP a simple, affordable option. Enabling constant communication with head office is vital, but just as important is the ‘feel-good’ factor for users. The offering allows access to applications such as Skype and other web-based software, enabling users to remain constantly in touch. Most importantly, the terminal supports industry-specific applications that facilitate operational efficiency.

Government organizations in Saudi Arabia depend on Thuraya IP for border control. NGOs such as the United Nations use the solution for refugee control operations in the MENA region. The solution is also deployed as a backup for ATM machines in remote areas as well as in the mining sector. Miners tend to be located in areas that provide limited terrestrial coverage making the spacebased nature of the Thuraya network highly appealing. Moreover, as Thuraya IP is a plug-and-play system, it requires no additional software for operation and does not demand sophisticated programming which also adds to its attractiveness among all these mentioned vertical market segments.

Thuraya IP’s success across vertical markets, and even with individual users is based on its key qualities: Power, portability, reliability and ease-of-use. When these qualities are combined with affordable packages, there’s little competition from the marketplace. The robust network, specifically designed by the Company to handle high volumes of simultaneous users and minimize congestion, has proven to be a key deciding factor for many customers and Thuraya is extremely proud of this fact.

Over the coming years as Thuraya continues its product innovation and produces further upgrades of its powerful network, the market can expect an exciting evolution in the mobile satellite services industry, of which Thuraya will be a key player. 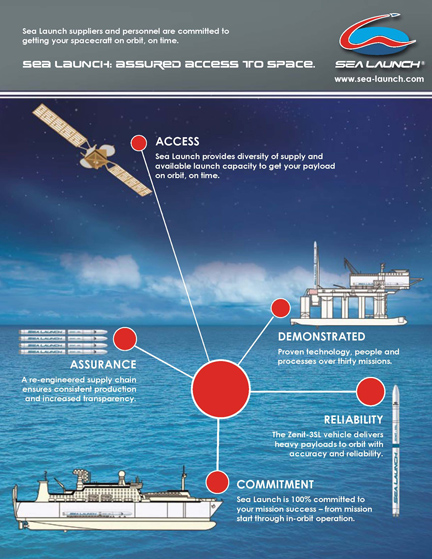