From mission-critical communications to virtual business meetings, advancements in consumer and government communication technologies over the years have driven a rising demand for reliable connectivity around the world via Low Earth Orbit (LEO) satellites.

LEO satellites are equipped with solar panels as the primary power source. When the satellite travels out of the path of direct sunlight in its rotation around Earth, known as an “eclipse,” batteries kick in to continue providing power to the satellite. A vital component of a satellite’s infrastructure, the batteries provide a secondary power source for seamless, uninterruptable operation.

For satellites on orbit, it is impossible to access the satellite after launch to repair or replace a component, so it’s imperative that the batteries are designed and tested for space applications to ensure a successful mission. 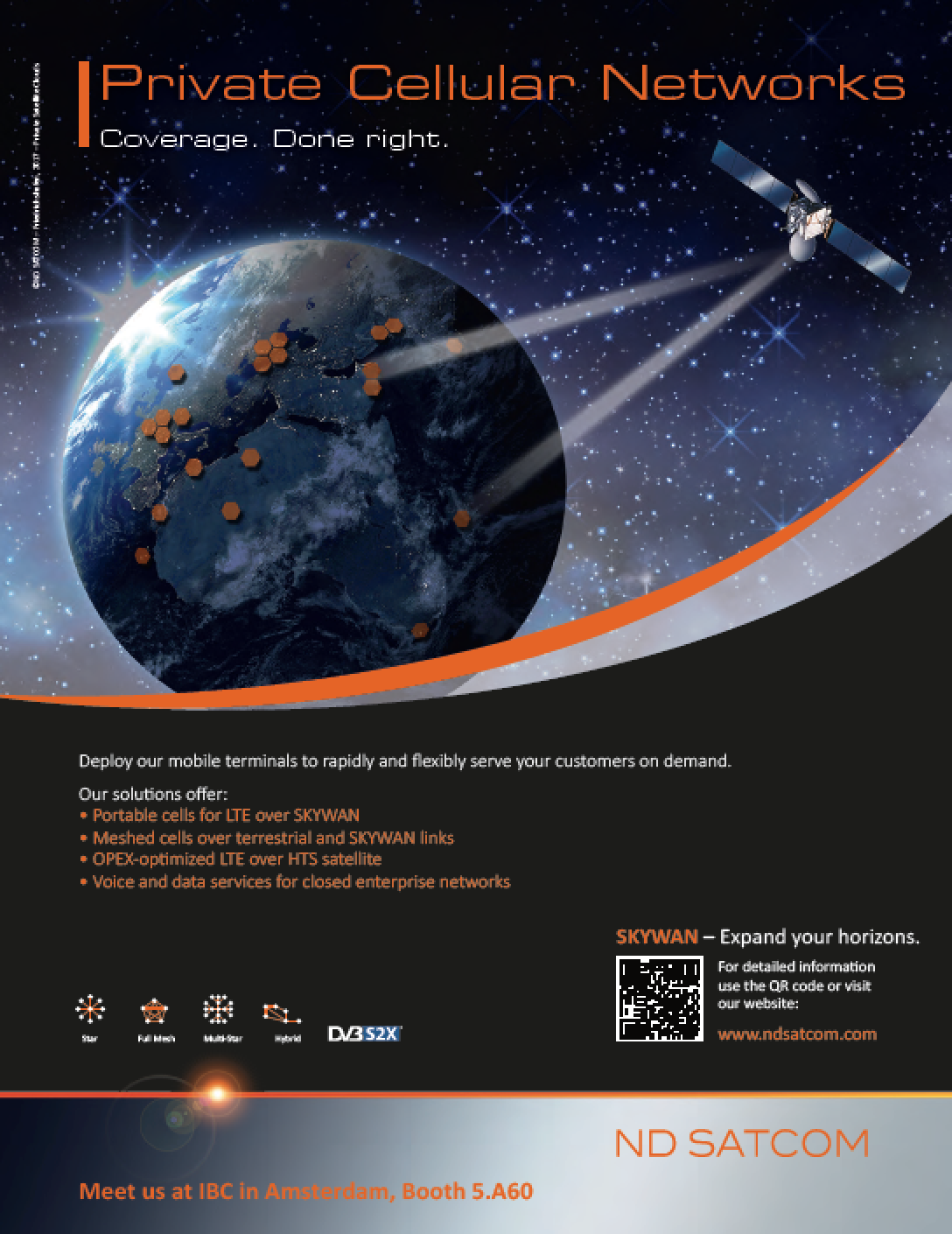 Challenges
Designing batteries for satellites presents a unique set of challenges due to customer specifications and harsh space environments. No two space application batteries are identical. Battery designers work closely with satellite manufacturers to customize the batteries to meet the precise parameters set by the customer, in addition to the main space standards directing the project. Some of the biggest challenges for designing batteries for satellites include:

1.    Cost/Weight
One of the biggest cost factors of a satellite is the launch. Launching a satellite costs thousands of dollars per kilogram depending on its final orbit, which is why reducing weight is a top priority for satellite manufacturers. Batteries and battery parts alone can comprise 10 to 20 percent of the satellite’s total weight. For satellites, weight and cost go hand-in-hand.

2. Lifetime
Once a satellite has been launched into LEO, it’s nearly impossible to replace a dead battery. Battery selection is critical for manufacturers to meet a mission’s lifetime requirements to ensure the battery will last the length of the satellite’s mission, which can last up to 12 years in LEO.

3. Harsh Conditions
Satellite batteries face constant exposure to some of the most severe environments. During the launch, the batteries are subject to vibration and shock. In orbit, the extreme temperature fluctuations, radiation levels and vacuum conditions are unlike anywhere on Earth. These harsh conditions put the batteries at risk of failure.

4. Safety
While Li-ion’s high energy density can achieve a smaller size and lower weight, this combined with a flammable material in the batteries can be hazardous. Similarly, the batteries can be a risk if overcharged, improperly balanced, or if they experience a short.

To address these challenges, battery manufacturers must consider factors such as technology choice, cell construction, overall system design (including electronics for safety), reliability and performance.

The Rise of Li-ion Technology in Space Applications
In the past, heavy nickel-cadmium (Ni-Cd) batteries were reliable and sufficient for LEO satellites, but they were unable to keep up with the weight and energy requirements for satellites at higher altitudes. Nickel-hydrogen (Ni-H2) became popular in the 1990s as a higher power, lower weight battery technology for Geosynchronous Earth Orbit (GEO) satellites. 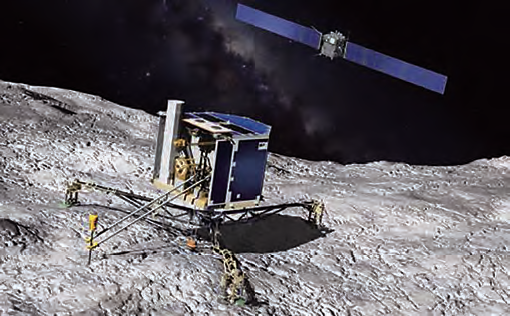 Today, satellite manufacturers are turning to Li-ion batteries to maximize energy for significant weight and size reduction of at least five times less than previous technologies. Li-ion is able to achieve a lower weight and smaller size due to its higher specific energy (or mass energy density) combined with lower thermal dissipation and better charge efficiency. Its benefits in higher-altitude orbit are permeating the LEO market, and satellite manufacturers are incorporating the modern technology into their designs to realize cost/weight savings and longer lifespans.

Driven largely by price, commercially available 18650 Li-ion cells have historically been a relatively popular choice for battery integrators and satellite designers. While 18650 cells are optimized in terms of their small size and energy density, they also create challenges in terms of quality control and, when compared to Saft’s VES16 Li-ion cells, system level content. Furthermore, VES16 batteries are equipped with a balancing system that most 18650 batteries lack.

The VES16 was created by Saft to support the increasing need to reduce weight and save cost. Saft has developed Li-ion batteries allowing for 30 to 50 percent depth of discharge (DoD) for LEO missions and up to 90 percent DoD for GEO missions.

This increased DoD allows satellite manufacturers to incorporate fewer cells in their design. In turn, this cell reduction allows for smaller, lighter batteries, as well as a reduction in associated hardware and potential failure points, while satisfying mission power, size, and weight requirements, with margin.

Li-ion also empowers the battery to operate for a longer lifetime due to its high DoD and number of cycles it can endure. Due to LEO satellites’ frequent eclipse periods, the batteries need to be able to endure a high number of charge/discharge cycles. This degrades the battery over time and hinders its ability to store energy. However, Li-ion has no memory effect compared to Ni-Cd and Ni-H2, so its degradation isn’t as severe. For example, Saft’s space VES16 Li-ion batteries perform at 30 to 50 percent DoD at over 65,000 cycles over 12 years. The typical lifespan for Ni-Cd and Ni-H2 LEO satellite batteries is only 5-7 years and they sustained less than half the number of cycles.

Designing and Testing Battery Operation and Safety
From launch to orbit, satellite batteries are exposed to some of the most intense environments. Batteries for space applications are robustly designed and packaged to withstand vibration and shock levels upon launch, as well as extreme temperatures and vacuum conditions during orbit.

Satellite battery designs are submitted to qualification and endurance testing on ground to reproduce the space environments (vibrations, temperature, vacuum, radiation, cycle life) and ensure the batteries are safe and can withstand the unavoidable strains of space applications.

The initial launch and acceleration into orbit places a great deal of stress on the satellite and its components. To defend the Li-ion cells against vibration and shock, the protective packaging that houses the cells is comprised of material that dampens and absorbs the external stress.

Once a satellite is placed into LEO, external temperatures can range from -150°C to +250°C depending on the sun’s position during orbit. Li-ion batteries face irreversible capacity loss, in addition to voltage decreases and delays, when the temperature at which the cells are stored or cycled exceeds or falls below the battery’s optimum temperature.

There are several ways battery manufacturers prepare batteries to operate in temperatures outside their normal range. Compared to other battery chemistries, Li-ion has a greater tolerance for extreme temperatures. However, Li-ion batteries still require insulated protection and active thermal management against exposure when the temperature deviates outside of its optimal range. Multi-layer insulation is commonly used on satellites to reduce heat loss, and a modular battery construction aids in further temperature regulation of the cells.

While most of these elements can be found in other applications (i.e., automotive, downhole oil and gas, industrial, etc.), vacuum conditions are unique to the space industry. The low-pressure environment can cause Li-ion batteries to fail if not packaged correctly. Therefore, satellite batteries are hermetically sealed to protect against leakage or opening of the cell, and safety vents incorporated into the battery’s infrastructure alleviate pressure buildup.

Satellite batteries are subject to extensive testing to ensure they meet agency standards and are qualified for use in space applications. The batteries are evaluated on their performance under simulated space conditions, which involves tests on the battery’s ability to withstand harsh environments, vibration and shock, rigorous cycling and other abuse.

Space agencies, such as NASA (US), ESA (Europe), JAXA (Japan), CAST (China) and ISRO (India), impose stringent standards to ensure batteries operate safely and reliably for the duration of the mission.

The system will be comprised of 76 LEO satellites and five on orbit spares following the final launch in late 2018. Iridium-NEXT is the first commercial satellite system to offer spaces on each satellite for hosted payloads in a Public-Private partnership arrangement. The system enables a sizable number of Earth-monitoring payloads to be established at a lower cost.

Iridium-NEXT is replacing, enhancing and extending the mobile communications capabilities of the former Iridium satellites that were launched in the late 1990s. The new constellation has a projected mission life of more than 12 years and will also deliver higher data speeds, enable powerful new services and devices, offer the advantages of IP technology and provide backward compatibility with current handsets, data devices and applications.

Thales Alenia Space was tasked with building the satellites. The previous Iridium satellites were powered with Ni-H2 batteries, but they needed a battery that combined high performance with low weight and reduced volume. The energy/mass advantage and specific energy performance of Li-ion technology was ideal for the specifications of the project.

The Future of Satellite Batteries
It is no secret that LEO satellites are becoming more popular for their lower weight and price point. The LEO constellation market is also expected to grow by a factor of ten to twenty over the next year for telecom and internet applications.

Saft’s satellite batteries will continue to support this trend through further advancements to increase energy and reduce the number of cells to meet smaller size and lower weight requirements.
www.saftbatteries.com/