Humans have been a space-faring species since the 1960s. Directly from the first satellite launch with Sputnik in 1957 to the moon landing in 1969, the idea of traveling beyond Earth’s frontiers has captured our imagination. Since then, we have successfully established space stations in place, used satellites to enable global transmission and broadcasting and developed our GEO imaging capabilities, among various other accomplishments. A number of recent trends are driving a new space economy that envisions going beyond exploratory missions and making space accessible for business and travel.

The New Space Economy Entry Of The Private Sector

All of these endeavors remained national bets and advances — government bodies have led the innovation for space programs. However, starting in the late 2000s, the space sector across countries began opening to the private sector and that ushered in a new era of space startups that envisioned the commercialization of space. 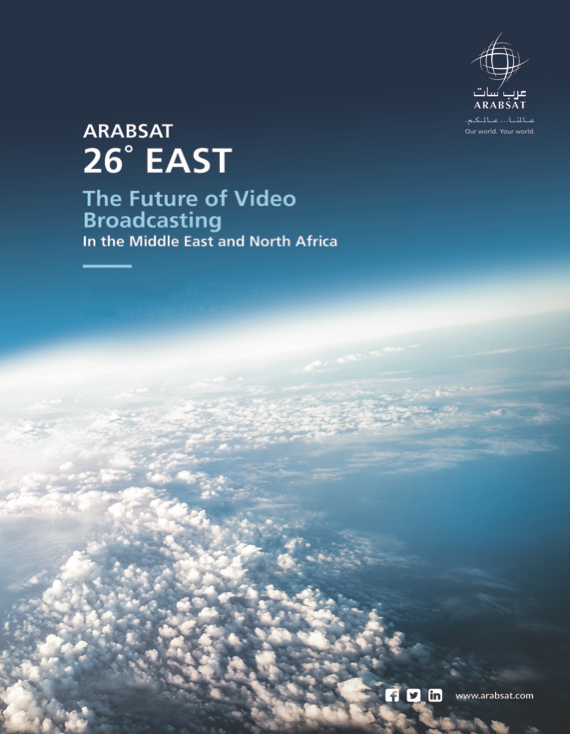 In 2008, SpaceX became the first private company to launch a rocket to space, setting in motion the dawn of a new era — a contemporary space economy. The entry of the private sector also injected a new urgency — startups and space companies began looking at space beyond just exploratory and certain critical capabilities. Space-based systems were used to capture Earth Observation (EO) data for use cases across telecommunication, agriculture and weather to military and tracking systems. Over the last decade, commercial payload launches to space have emerged and, today, form the bulk of launch traffic.

The race to commercialize Lower Earth Orbit (LEO) space-based internet and communication systems is one of the key areas where companies are looking to use space. The new space economy, instead of using traditional GEO satellites, are now focusing on building services that are based in LEO. This minimizes the potential lag between transmission and, hence, serves as an ideal option for communication services.

Another striking feature is the design of the satellite systems. While traditional GEO satellites were bulky transmission devices, LEO based services focus on using a constellation of smallsats that can create a ubiquitous network to provide global coverage. These constellations can consist of hundreds — or even thousands — of satellites and the growing focus on LEO means that the number of satellite launches to orbit is expected to continue their growth pattern.

In the privatization of space, governments and space agencies across the globe have been key enablers, nurturing local startup ecosystems to enable the emergence of startups driving forward in the space economy.

NASA has been pivotal in boosting private participation in space in the U.S.

In Europe, countries such as Luxembourg have developed support programs and grants to encourage startups to build from the country.

India, in 2020, decided to open the space sector to private participation. Since then, the Indian Government and the national space agency, ISRO, have enabled and supported early-stage companies with technical support and mentorship to build Space From India programs.

Spurred by the support from government agencies, private investments have also rapidly grown in this sector. Over the last decade, almost $200 billion has flowed through equity investments into the new space economy. The latter half of the last decade has seen significant capital growth, while the SPAC frenzy in 2020 led to more than 14 space companies to grow their valuations and enter the public markets. 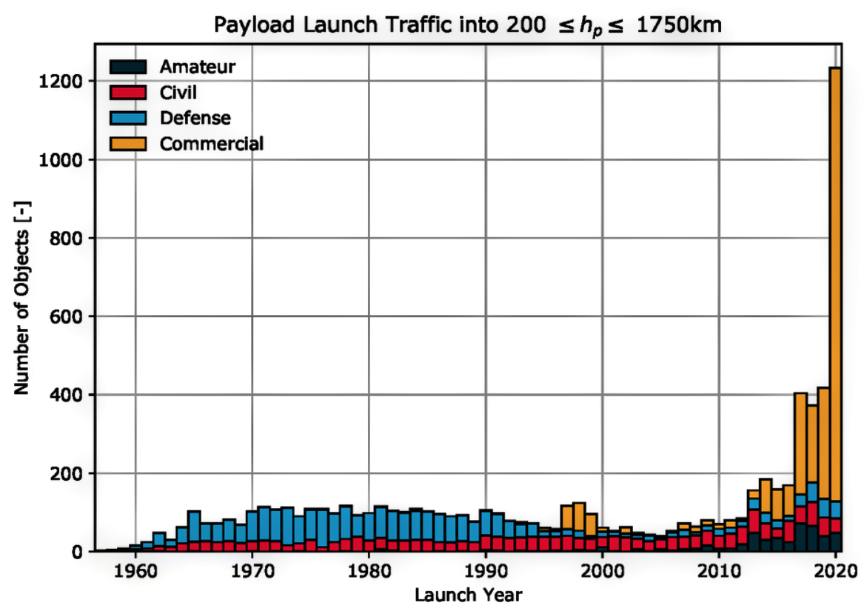 These investments sparked the first exits and returns for early investors, which provided the impetus for more capital to flow in as ground was broken on space as a business and investable opportunity.

The Growing Problem Of Space Debris

Over the 60 years of space exploration, space missions have left behind numerous defunct satellites, components, specks of paint and metal, all having accumulated in the Earth’s orbit, giving rise to increasing debris that continues to congest orbits. These debris particles pose a significant threat as they may collide with an active spacecraft or satellite. A number of these defunct components also carry residual propulsion fuel that can cause even more damage should a collision with another orbiting object occur.

The estimate is that there are more than 34,000 particles of space debris greater than 10 cm in size, while more than 128 million particles exist that are larger than 1 cm. While these may seem small and harmless to the average citizen, the density of space debris is at its maximum in LEO, where orbital speeds can result in speeds of up to 27,000 kmph. At such high speeds, even particulate debris, such as millimeter-sized flecks of paint, can carry enough momentum and kinetic energy to damage any satellite they strike.

In 1978, NASA scientist Donald J. Kessler, hypothesized that with the growing space debris, any single collision in space would lead to a chain reaction, where the particles and projectiles from one collision would hit neighboring debris, resulting in a domino effect of destructive contacts. The hypothetical doomsday would leave all active satellites in space hit and impacted, potentially paralyzing all systems and rendering future missions unfeasible due to the accumulated belt of debris.

The U.S. Department of Defence and a number of commercial companies and developers of military technology have developed ground-based radar systems to track and map debris particles. This data is intended to provide space operators the capability to be forewarned regarding potential collision. However, given the size and speeds of space debris, ground-based systems have typically been successful only in tracking particles greater than 10 cm in size. Most debris, which is smaller than 10 cm, remains untracked. Such ambiguity remains a threat to operational safety, which is a major roadblock to the commercialization of space. 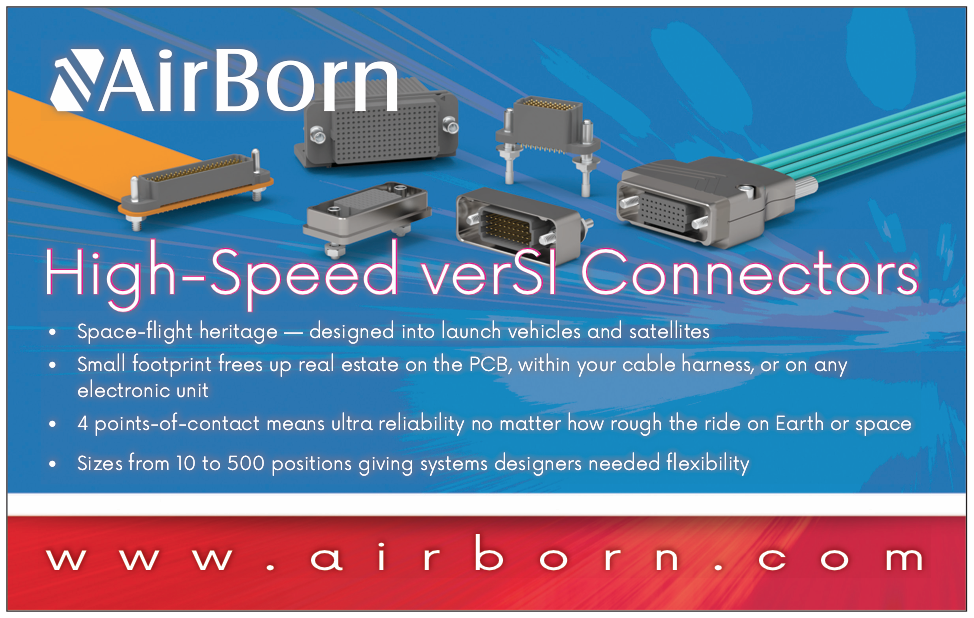 There have been a number of efforts to highlight the growing issue of space debris and to find consensus around viable solutions. Any effective strategy to deal with space debris will need to address both problems, the first being to look at measures to remove the current space debris, and secondly, to enable standard launch and operating procedures that limit any further junk in space.

Since 2007, multiple space agencies, including ESA, have issued guidelines on operating practices to reduce the potential for space debris. While several countries have included these in their space missions, there is still no universally binding and accepted set of debris avoidance regulations.

Startups are also working toward developing systems that can retrieve space junk, thereby clearing it from orbits. Multiple potential solutions are being developed, including claw and net based solutions, to capture debris. One such commercial mission was launched by Astroscale, a Japanese-based company that is seeking to build solutions to remove space debris and provide after-life services to satellite manufacturers. The company will soon be testing and validating their docking- based solution that can dock and carry a space object and deorbit it.

While companies and agencies continue to work to limit and deal with space debris, another critical piece of the puzzle is Space Situational Awareness (SSA). For any potential solution to be feasible and applicable at scale, the first need will be to have the ability to track and trace these debris particles, which would provide an understanding of their profile, orbital paths and velocity. Data will be crucial in removing present space debris to ensure the operational safety of spacecraft and satellites by affording companies the ability to project any collision maneuver mitigation methods.

While ground-based tracking systems are currently not capable of tracking all debris, companies have also emerged looking to solve this problem from space. Digantara, a Bangalore-based company, and Northstar, a Canadian-based company, are looking to deploy satellites in space that will map and provide data for resident space objects, thereby providing real-time awareness of the density and velocity of particles in space orbits.

Dealing with space debris is essential to ensure sustainable commercial and military operations in space. SSA will form a most vital role in the long-term reliability of space operations.

Author Ravinder Singh is an award winning technologist with numerous inventions. He has been acknowledged as a world’s top 10 Robotics Designer, #1 Artificial Intelligence Leader in Asia and among the world’s top 25 CIOs. Ravi is an HBS alumni and global speaker with more than 200+ published papers and lectures to audiences in North and South America, Asia, Africa and Europe.

He also teaches Innovation, Design and Leadership. He has been C-level leader and engineer with global fortune institutions such as Wipro, Accenture, Microsoft in the USA, Europe and Asia. His body of work is enveloped within the aread of Robotics, Blockchain, AI, VSAT, Intelligent Networks, Industrial Cloud, Adaptive manufacturing and Cognitive computing. He was most recently Chief Information and Innovation Officer of Tata Singapore Airlines.

Kalaari Capital is an early-stage, technology- focused venture capital firm. We invest across Seed and Series A startups and empower visionary entrepreneurs to build unique solutions that reshape the way Indians live, work, consume and transact.