A smallsat owned and operated by GHGSat Inc. of Montreal, Canada, will soon offer a revolutionary new way to measure greenhouse gas emissions from industrial sources around the world. 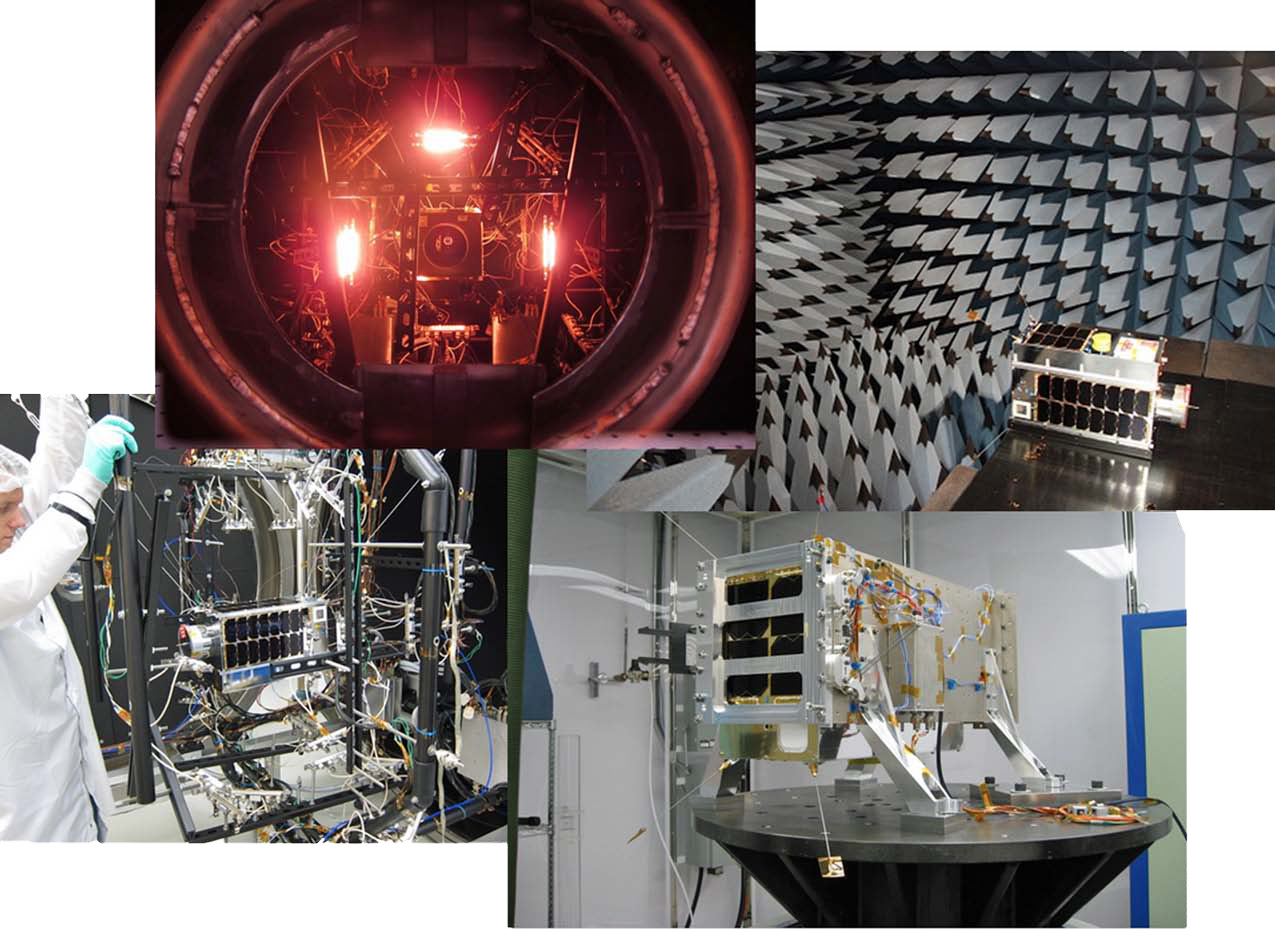 For the first time, a satellite-based instrument will measure emissions from targeted industrial sources. This will provide industrial site operators and government regulators with measurements that are far more precise and at a lower cost than existing, ground-based alternatives.

GHGSat is launching this system to serve a carbon market that is estimated by the World Bank to be worth just under US$50 billion in 2015. Industrial site operators around the world are increasingly subject to various carbon pricing instruments, such as carbon taxes, cap and trade schemes, or carbon credits, and must consider the cost of their greenhouse gas emissions as part of their business models. GHGSat’s system will measure emissions from industrial facilities such as oil wells, gas plants, thermal power stations, coal mines and landfills.

Background
In the summer of 2011, the state and provincial governments of California and Quebec, respectively, announced they would implement a market-based “cap and trade” system to attribute a value to each ton of carbon emitted by industrial operators. Industrial site operators would, therefore, be motivated to better measure their emissions in order to control and ultimately reduce such toxic discharges.

This announcement by these governments inspired GHGSat’s founders to develop such a value system. They understood that where there was a value to a ton of carbon, industrial site operators and their government regulators would need precise measurements of emissions from industrial facilities, to be obtained at attractive prices.

GHGSat’s parent company had already been working closely with a partner company through the 2000’s for the Canadian Space Agency (CSA) to develop key technologies to acquire such measurements from a satellite. The company began customer interviews, technical evaluations and financial analyses to determine whether a profitable solution could be developed. 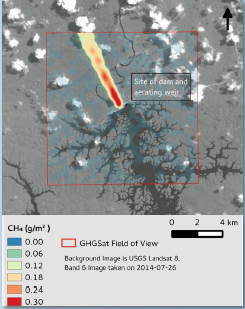 They discovered an existing multi-billion dollar market for carbon emissions, one that is growing steadily as ever more jurisdictions impose taxes or implement carbon trading mechanisms, all being served by a vast array of measurement products and services. GHGSat believes their technology could disrupt this large and growing market by offering a single solution with greater precision and lower cost than the alternatives, capable of use across a wide range of industries, anywhere in the world.

Within three months of the announcement, the company located two blue-chip launch customers, architected a technical solution, recruited a core set of vendors, and then developed a business plan. GHGSat was incorporated in December of 2011, secured initial financing through 2012, and started project development in the spring of 2013.

Technology
In a little over two years, from the spring of 2013 to the summer of 2015, GHGSat followed a streamlined development process to design, manufacture, integrate, assemble and test their first satellite system.

• The underlying science leverages similar satellite measurement technologies pioneered by NASA, the European Space Agency (ESA), and the Japanese Aerospace Exploration Agency (JAXA) over 30 years. Those missions were generally designed to measure the absorption of sunlight at specific wavelengths that corresponded to molecular transitions of certain greenhouses gases. The system then analyzed these measurements to determine regional and global greenhouse gas concentrations and their influence on climate change. GHGSat performs a similar measurement, but on a different scale. 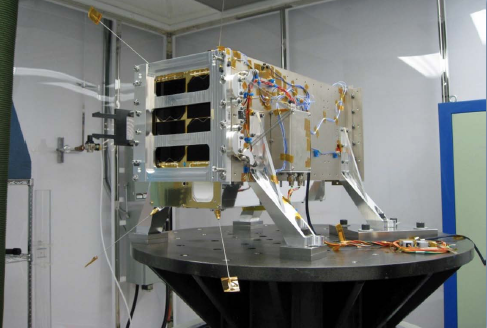 The first smallsat from GHGSat. Photo courtesy of GHGSat.

• The primary instrument was designed to provide comparable precision to these larger missions, but with 100x better spatial resolution to measure emissions from targeted sites. The heart of this instrument is a miniature 2D Fabry-Perot imaging spectrometer, which provides measurements with spatial resolution on an order of tens of meters. These local, or “microscale,” measurements from this instrument will complement regional and global scale measurements that are provided by larger missions. Expert external reviewers were recruited to evaluate the design as well as to support development.

• In order to meet a reasonable budget and to reduce risk, the primary instrument was designed to fit in a smallsat of < 20 kg with proven space heritage. This resulted in a total satellite cost on order of 1 percent of that for comparable missions.

The system was built and tested at component, sub-system, and integrated levels. External references were used where possible to verify performance.

Commercial Satellite Imagery
GHGSat imagery is acquired in the short-wave, infrared band. The imagery combines a pseudocolor representation of measured concentrations of greenhouse gases (specifically, carbon dioxide and methane) in the atmosphere immediately above a targeted industrial facility, with a surface reflectance map of the same field of view at full spatial resolution.

A simulated example of GHGSat satellite imagery is shown below for a hydro-electric power station in South America. GHGSat will have spatial resolution comparable to the Landsat image used as background for this simulation. The plume emitted from the hydro-electric dam in this simulation is methane (CH4).

What’s Next?
GHGSat’s first smallsat is ready for scheduled launch in Q2, 2016, from India’s Satish Dhawan Space Centre. The image above shows the satellite in its separation mechanism undergoing vibration testing.

GHGSat’s first satellite will initially serve to validate the performance of the instrument. A full year of demonstrations is planned for this effort. Once validated, the same satellite will be used to offer commercial services.

As many of GHGSat’s target customers report annual emissions, only a small number of site measurements are necessary, in most cases. This single satellite has sufficient capacity to acquire thousands of measurements per year and can serve a modest number of initial customers over an expected lifetime of five years.

GHGSat will scale satellite capacity with demand and, within ten years, expects to operate a constellation of approximately 20 instruments/satellites. Follow-on satellite decisions will be made based on system performance and market reaction during the first year of operation.GHGSat’s technology can also be used for complementary applications or adjacent markets. Initial designs have already been considered for satellite-based air quality measurements (sulphur oxides and nitrogen oxides, for example), and for aircraft-based measurements of various trace gases.
ghgsat.com

Bulletin
GHGSat has been selected as one of the “Top 10” in the Production category for the international GreenTec Awards. GHGSat will be launching its first greenhouse gas monitoring satellite (named “CLAIRE”) in April 2016. The satellite will measure carbon dioxide and methane emissions from individual industrial facilities, anywhere in the world. GreenTec Awards have been hosted in Germany since 2008. Germany is the world’s #1 exporter of clean technology, and these awards are an example of the country’s commitment to environmental issues. The GreenTec Awards Jury is supported by leading European experts (including the heads of the European Space Agency and the German space agency – DLR), as well as popular artists and public figures. 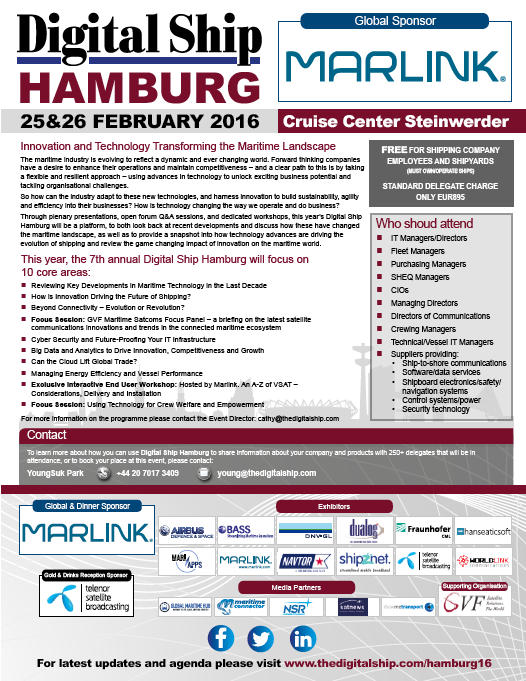