Today’s satellite industry has become a mix of what is being labeled as “Old Space” and “New Space” technology. 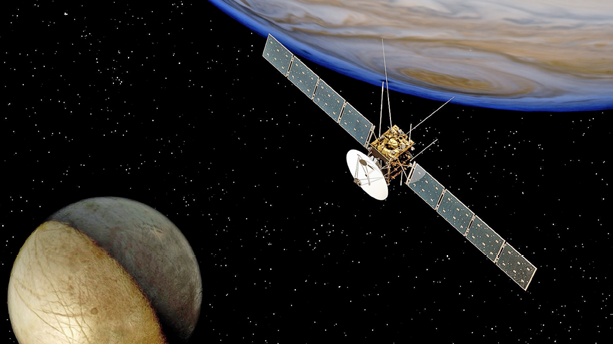 Older space programs follow long established protocol while the newer space seems to be changing rapidly to meet many advanced expectations. The evolutionary changes are coming from a range of different sources.

Heightened interest in government programs have broadened the company’s space project goals from those aimed at deep space exploration to a wider range of Earth orbit and sub-orbital programs. Omnetics has a wide range of interests from mapping, surveillance and observation to control system satellites.

Joint government satellites are also a part of the driving forces of the changes as well. An example is the JUICE Satellite, pictured below, which is a jointly planned international program with NASA and the European Space Agency’s (ESA) Cosmic Vision program. The mission’s target is Jupiter’s Icy Moon and will include a massive array of sensors and monitors for watching electro-magnetic fields to atmospheric mapping. Deep space probe systems must follow long established design methods and testing to insure success and performance. 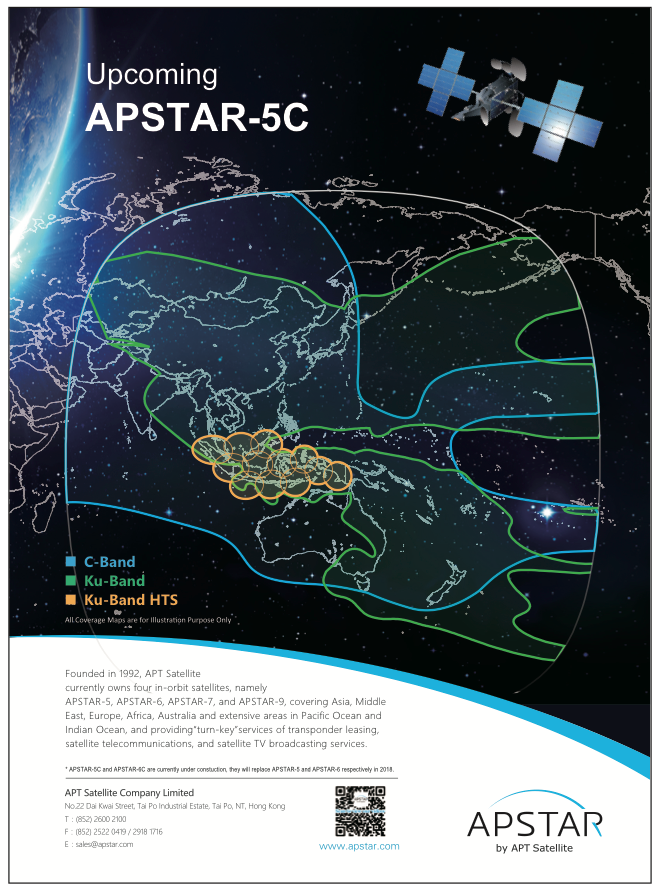 Driving change has also comes from newer electronic device technologies that can provide capabilities to coordinate multiple operating systems within the satellite to serve a number of project functions, all from a single orbiting system. In addition, commercially driven changes are coming from renewed interests that range from space travel programs to asteroid mining for unique materials.

University programs have enjoyed significant interest in satellite technologies through their global smallsat programs. Trying to define the blends of Old Space versus New Space is a bit tricky as so many changes are coming from a number of directions and being applied to various programs based upon the controlling agency driving it.

Generally speaking, Old Space designers are working on government programs such as those from NASA and ESA. These projects have previously defined rules, tests and certifications that go into extensive depth to prevent surprises after the vehicle is deep in space. They tended to focus on larger satellites and began years ago with predominately analog signal technology that requires somewhat constant temperature control, tuning and reference circuits.

The power required for those analog circuits is often higher and, therefore, power supplies must be robust and capable to sustain long periods in deep space. Significant testing and retesting of even currently used products is done to insure success.

The pre-testing takes a fair amount of additional investment and time and also follow the rules of NASA- and ESA-type government programs. These procedures are often rewarded with long range success and should not be condemned as they are what has moved the industry so far.

As expected, these OLD Space products were often large and heavy. Mass matters, however, and traveling space products can benefit significantly if the size and weight of each item were smaller — smaller units can result in more technologies due to increased space availability onboard the satellite.

New Space satellite programs are benefiting from the many years of old space investment but appear to be rapidly evolving in their own direction. Many new space programs are funded by commercial groups and individuals.

There is frequently a profit and individual achievement goal behind these projects that give an excitement feature as well. The development-to- launch process is aimed at moving more swiftly and cost competitively. 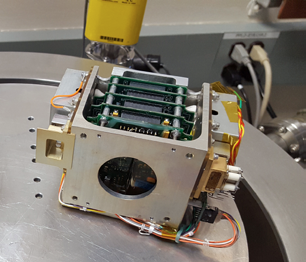 Components used in New Space satellites are often selected from previously proven devices that have identical materials and processing from earlier programs. This dramatically reduces the time-to-launch, with minimal risk of failure.

During the last few years, the micro chip industry has contributed breakthroughs that have influenced the design and capability of satellite systems. Newer CMOS silicon technology has added quality and speed for digital signal processing, storage and retrieval. This shift away from analog processing has dramatically changed the rules for modern satellites. 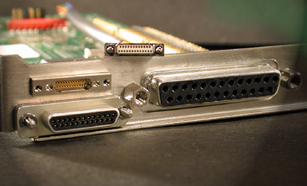 Newer chips require lower voltages, and reduced current flow all the while increasing digital signal speeds into the gigabit/second level. The mass of the power supplies, the processor boards as well as cable and connectors are being reduced.

Connectors in early satellites were large and heavy. As the evolution continues, many micro-sized connector and cable routing signals on 26 gauge wires are replacing the older d-sub connectors, set at 100 mil. spaces from pin to pin. Currently, more interconnections use Nano-d connectors that are one-fifth the size and weight of earlier systems, using pin to pin spacing at 25 mil. spaces from pin to pin. By selecting nano-connectors with 32 gauge wiring, the quantity and density of circuits available to the satellite designer allows many more architectural functions within one satellite. This increases the value and payback significantly. 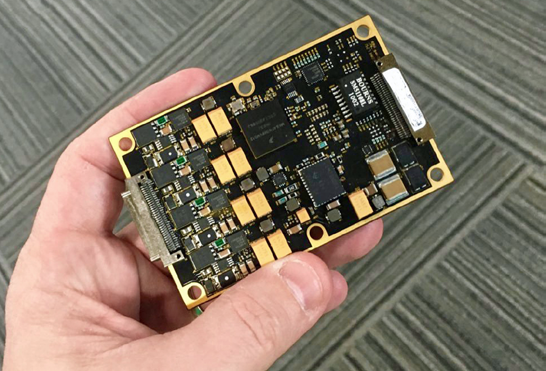 Newer electronic architecture, functions and services are bounding forward in satellites as a result of the digital evolution. Combining features of older subsystems, allow us to design multipurpose modules with electronic flexibility that increase the contributions of each satellite launched.

More on-board buss systems are being considered to route and handle higher speed switched fabric interconnected signals and multiply functional capability of previously single purpose elements. For example, a device that combines many processing modules working together that will help satellites with multiple functions within one unit is the 3U VPX format has been developed by XES Inc. 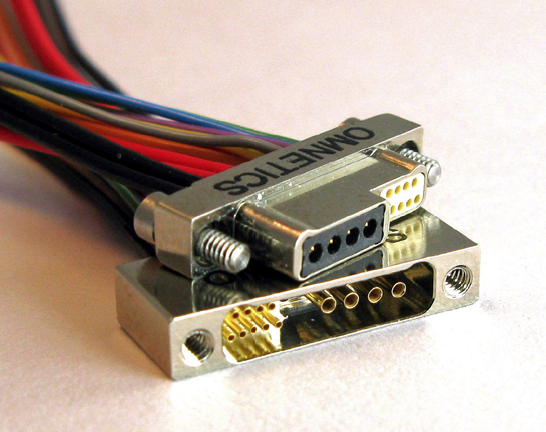 The idea of cramming many high density processing boards that work on their own backplane significantly reduces mass and weight. Satellite designers can work with VPX companies to significantly improve the efficiency of their instruments this way. Functions such as geophysical mapping can be handled simultaneously while communicating with multiple Ethernet systems that each have their own format and codes. High definition imaging can be captured, stored and retransmitted at gigahertz speeds.

Using high speed digital circuitry helps keep size and weight down. Routing digital signals through specially designed nano-sized connectors and cable can handle the differential digital signals and power lines within the same unit. Designers often specify these hybridized nano-connectors to include higher amperage pins for power and smaller pins for the digital signals. This helps reduce the use of duplicate cable systems within their modules. 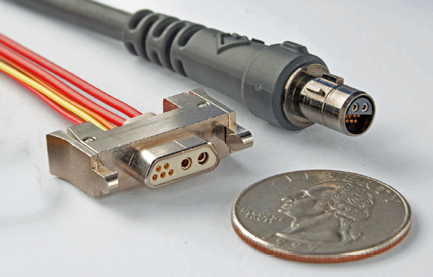 Also noteworthy is that nano interconnects have much lower mass than larger connectors and excel in signal processing performance during high shock and long cycle vibrations. This move from D-sub and Micro connectors to Nano connectors is somewhat natural.

Hybrid connector designs are quickly adapted using previously proven connector elements to adjust varying pin counts and power supply demands. When needed circular and rectangular connector shells are in stock or automatically machined at a number of companies. Solid work models are available and provide fast transfer of new designs that can be sent directly to the satellite designer for review. 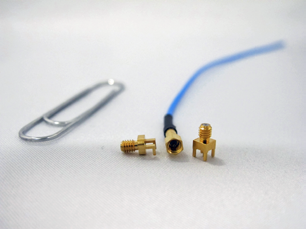 The use of RF is also going through changes. Micro and nano-sized coax connectors in the portable consumer industry and for military ground troop applications.

Old Space and New Space electronics are constantly moving to meet new appetites for both commercial and government systems. Circuits are fueling a new capabilities long awaited for in the satellite field.

Older design methods are merging with the faster moving new design methods. Deep space research is still the most technologically challenging but the newer commercial orbital and sub-orbital satellites are helping to drive this evolution.

By combining on board Ethernet, VAX systems and board to board data processing designers are reducing size and weight to allow greatly expanded satellite capabilities while reducing the satellite footprint.
www.omnetics.com

Bob Stanton is the Director of Technology at Omnetics Connector Corporation. He may be contacted at bstanton@omnetics.com