In one of its recent newsletters, Inmarsat announced a higher-than-expected growth rate in subscriber numbers for its Fleet Broadband terminals. This confirms a trend that is already underway in the land-mobile segment and that NSR considers the new play in town for the MSS maritime segment: broadband is the name of the game today. 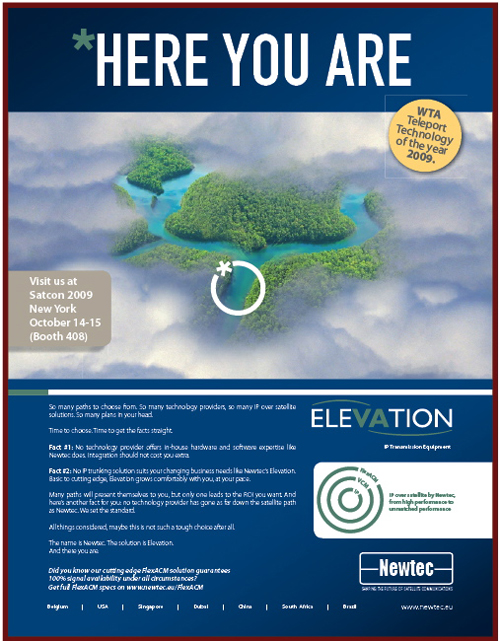 The jump from the narrowband service play to broadband speeds is a trend that is not about to die across all MSS sectors. As solutions for ships, airplanes, and vehicles point more and more towards faster broadband services, the corollary is higher average revenue per user (ARPU) driven by a host of applications such as file transfers, Internet access, VoIP, and videoconferencing.

Inmarsat Leads The Way
Inmarsat stated the Company reached 3,200 active units of its Fleet Broadband product in late summer, or a doubling of active units since the end of 2008. The operator’s old Inmarsat-B and Mini-M terminal users are switching to the new IP-based service that uses the latest generation of satellites, the I4’s. The completion of the new fleet in early 2009 is certainly partly responsible for the gains, but the primary market for Fleet, the merchant marine, has also responded favorably to the new capacity. The reasons behind the uplift are more than just the space segment, however. Inmarsat’s maritime revenues come mostly from shipping or the merchant marine such that they have a good base to work from. They continue to have a need to communicate, and Fleet broadband offers more services that in turn generate higher ARPU (Average Revenue Per User) for the operator.

Demand for new ships is in freefall. There are no projections, yet, that indicate a sharp upturn. With no program in sight to turn old vessels in for a rebate on a new vessel, operators have to heavily focus on retrofits to entice customers to take the step to their new broadband products. This is especially true for Inmarsat, which for large merchant marine vessels has a penetration well above 90 percent, generating 74 percent of its maritime revenues in 2008. This set of users already owns communications gear, and legacy terminals can be replaced easily with new units.

Then there are the ‘lower-end’ broadband customer MSS operators are trying to bring up to higher speeds, luring them away from narrowband offerings where the competition is fierce. The launch of Fleet Broadband 150 (or FB-150) by Inmarsat in mid-2009 ushered in another era for them, targeting the smaller vessel segment where their presence is limited and where users are at a boundary between higher speed requirements and lower cost of equipment. Having used narrowband services for quite a while, many are well within the circle of potential upgrade customers, but not all are necessarily sure that their vessel’s crew requires a $5,000 solution when it is generally satisfied by narrowband equipment already onboard.

Iridium Enters the Mix
Maritime broadband remains a potentially large market and is fostering competition that is proving to be a solid fit for users’ choice. As the FB-150 went through beta-testing, Iridium launched its 128 Kbps OpenPort maritime products in early summer 2009. Its strongest growth in the past year having been in the maritime segment, with crews still calling home, Iridium made good use of its network architecture flexibility to deploy a much better solution for today’s seafarer needs .

Soon after, its main dealer — Globe Wireless — announced a trade-in program aimed squarely at Inmarsat users by offering customers a free Iridium OpenPort terminal if they deactivated their Inmarsat Fleet 33 terminal by the end of September 2009. The distributor started a similar deal a few weeks prior to that, squarely aimed at Inmarsat mini-M terminal users. These two trade-in programs imitate the Iridium trade-in program for the Globalstar satellite phones and show how operators are planting seeds in the minds of customers to switch allegiances in a strategy aimed at grabbing as many users as possible from the competition.

But these types of subsidies to help users switch from one brand to another, or to move up in terms of product class, are part of the play that MSS operators have to consider when capital outlay is a big question mark for customers. For example, Stratos Global went in this direction with Inmarsat when in June 2009 it announced its program for BGAN and Fleet Broadband. The promotion for first-time users offered them multi-year service contracts in exchange for a FleetBroadband terminal at the end of the period. Customers had the onus to switch or adopt broadband connectivity with little or no capital outlay, and it proved to be a solid contributor to the high Fleet Broadband terminal growth. The trend to higher speeds is also behind Globalstar’s recent moves, which has started implementing network upgrades to enhance messaging capacity by a factor of 10 for its data service, even if the service remains in the low Kbps.

Bottom Line
However, with all these changes on the horizon, there looms the real menace: a deepening or longer recession that could put a cold stop to the communications revenues from these new products. Various reports peg a threatening 10 to 15 percent of the world’s container shipping fleet sitting idle at a time when goods that are sent for the upcoming holiday season should be loaded onto the high seas. MSS operators are also seeing stiff competition from VSAT providers, which are encroaching on the maritime market by offering customers high-speed data services, broadband IP services with lower equipment prices, and flat monthly fees. 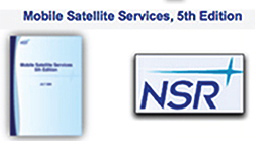 In the maritime space, it definitely helps to get new broadband equipment on the upper deck as quickly as possible for the bottom line and sign up customers as they seek higher bits per second rates. The jump in associated revenues is, then, a natural consequence of users’ growing traffic patterns as they go from narrowband to broadband