Barry A. Matsumori is CEO of BridgeComm, Inc. His extensive background in the mobile wireless and Space 2.0 sectors spans numerous leadership roles, among them serving as senior vice president of business development and advanced concepts at Virgin Orbit, senior vice president of sales and business development at SpaceX and nearly two decades at Qualcomm, where he was vice president of wireless connectivity. He has also worked with several early-stage technology companies in development and management capacities. Barry holds a bachelor’s degree in business from Arizona State University and earned his master’s degree in electrical engineering from the University of Arizona. 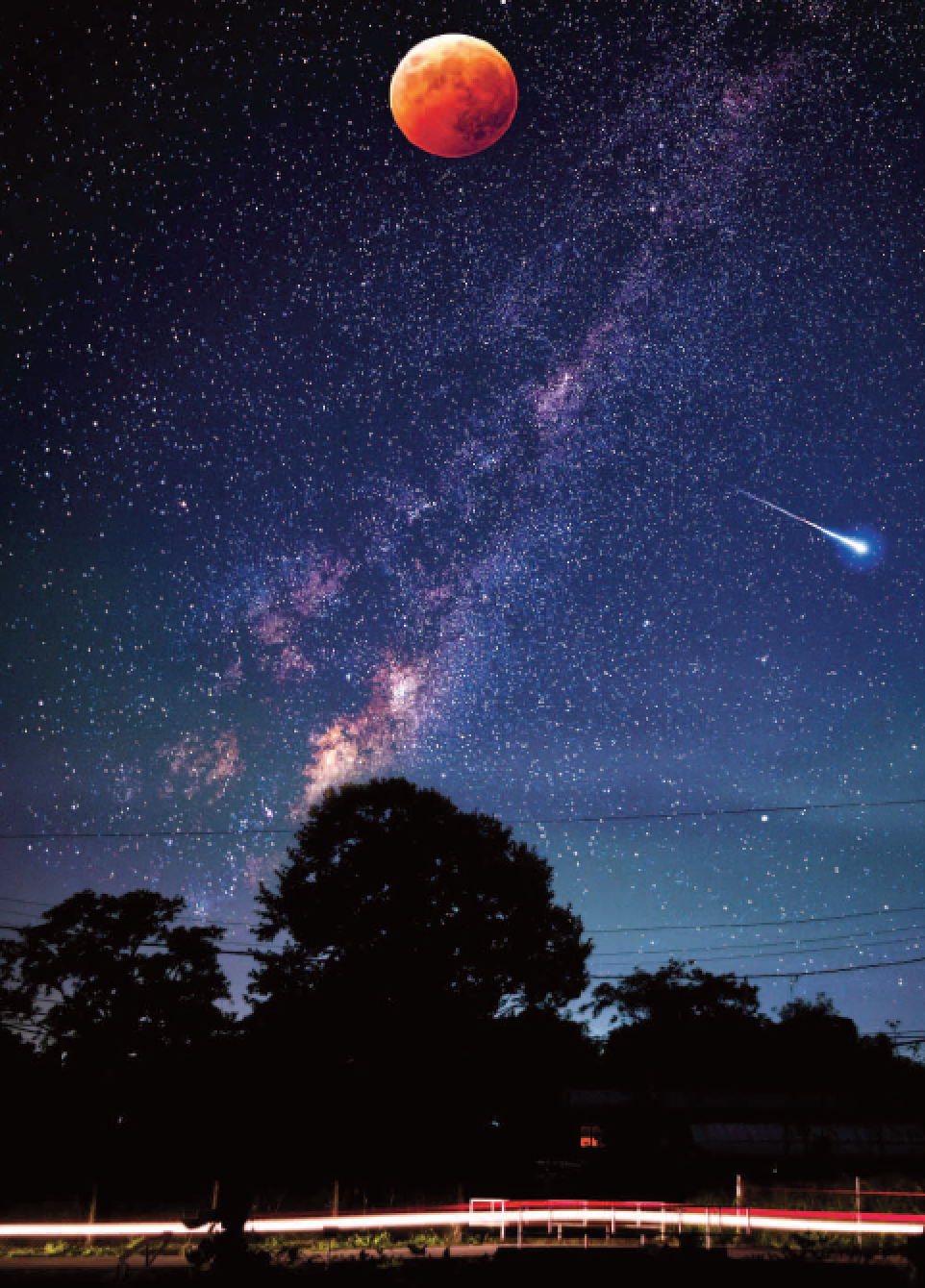 Good day, Mr. Matsumori. These days, it appears that all eyes seem to be focused on Starlink, now that this SpaceX constellation is in the beta satellites testing phase. Do you think this will eventually be a game changer for telecom? 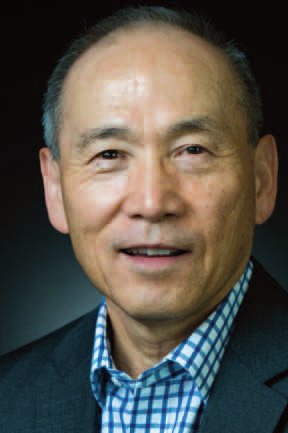 Barry Matsumori (BM)
There are many factors that will lead to a change in telecom as we know it — and there will be many players, Starlink included. While fixed and mobile providers have taken great strides in bringing high-speed broadband service to nearly every corner of the globe in the last decade, there is no doubt the industry is at a tipping point.

COVID has definitely escalated the urgency to address existing challenges, such as latency, data security, bandwidth limitation, licensing, cost and perhaps, most importantly, last mile access. With more people learning online and working from home, there is a critical need to bridge the disparity gap.

BM
A December 2020 report from UNICEF stated that 2 in 3 children and young people aged 25 years or less (2.2 billion in number) have no internet access at home. Income and location play a significant role in access, and in turn access or lack of it impacts not only individuals but also economies.

In Sub-Saharan Africa, the cost of 1 GB of data for the poorest 20 percent of the population is almost 40 percent of their monthly income. Add to this the World Bank’s estimate that for every 10 percent increase in broadband connectivity in developed nations, GDP rises by 1.35 percent.

Evidence of this effect can be witnessed in Singapore, one of the wealthiest nations, where internet speeds rank the highest and half the adult population ranks among the world’s richest 10 percent.

Given Starlink’s mission to bring connectivity to areas of the globe where connectivity has typically been a challenge, what will it take to level the playing field?

BM
Cost will certainly be core to closing the digital divide. Half the world is still disconnected.

As with any technology that’s part of the connectivity discussion, development and deployment strategies must factor in infrastructure costs associated with front-haul, back-haul, ground stations and satellite hardware, as well as funding sources and the reality of long-term sustainability. However, not necessarily in that exact order.

GSMA estimates that between 2020 and 2025 mobile operators around the world will invest $1.1 trillion in their networks, with about 80 percent of that total spent on 5G, which will account for 20 percent of global connections.

Starlink is investing in a massive constellation of Low Earth Orbit (LEO) satellites, which are less expensive and easier to launch, replenish and update when compared to large satellites that are sent into higher orbit. These smallsats also require less power and often shorter data transmission relays. But there are tradeoffs to consider in keeping costs down for the market segment they hope to capture.

What are those tradeoffs?

BM
The most obvious is that LEO satellites individually cover far less ground than satellites in higher orbit because they are at a low altitude. That means thousands of satellites and lots of ground stations to ensure coverage. Those satellites need a way to communicate rapidly in order to achieve latency goals of 20 to 40 ms during the beta phase — and much higher as the constellation is built out.

In space, Starlink is using laser crosslinks (optical wireless communication, or OWC) to transfer communications from one satellite to another. Currently, the conventional approach used in most OWC systems is point to point with a gimbaled system used for coarse pointing. This can slow switching times either in the same orbital plane or an adjacent one.

To address this concern, BridgeComm started work in 2018 to advance the state of the art in point-to-point optical terminals by developing a One to Many (OTM) capability layer for OWC applications in the form of a managed optical communications array (MOCA). OTM maintains the inherent security features and high-throughput of OWC while supporting mesh architectures, such as Starlink.

What is the advantage of MOCA?

BM
MOCA enables OTM service — which is designed to facilitate multi-target transmit and receive connections, while simultaneously reducing the size of the terminal — and eliminates the need for a gimbaled element for coarse steering. Eliminating the gimbal provides significant advantages in terms of reliability and size, weight and power.

This is transformative for several other reasons, as well. Switching times are drastically reduced by 2-3 orders of magnitude, down from seconds to microseconds in many cases, which means that an OWC system can now access a wide field of view (FOV), up to a potential 90 degrees in real time.

IS this a potential game-changing technology?

BM
Absolutely. The combination of wide FOV and real-time switching, using time division multiple access (TDMA), allows simultaneous communication with multiple users who are spatially separated, and allows a capacity gain within a given field of view to service more users than without TDMA capability. Additionally, on top of the benefits that OWC offers, a MOCA-enabled OWC implementation provides multi-user (OTM) capability. It also greatly improves the affordability of the systems, with lower $/Mbps than RF alternatives. As a multi-user mission enabler, OTM will lead to lower cost, less optics for more connections and unparalleled security.

The BridgeComm MOCA architecture overcomes the small field-of-regard of inexpensive fast-steering optics and allows tailoring of the field of regard. TDMA is used to provide service to multiple users. The total number of users is constrained by the required latency and the switching time. Initial system level analysis indicates that a single 50 Gbps terminal could provide 100 Mbps service to 2000 commercial airplanes.

Another novel aspect of this MOCA architecture is these apertures are designed as modular sub-apertures that can be flexibly combined to create a larger virtual aperture, or can be used in-dependently to increase the total number of simultaneous connections. The individual modules are low-profile (approx. 10 cm3) and can be integrated conformally into aerostructures for drag reduction and tactical applications.

Furthermore, the individual modules are more easily mass produced, tested and repaired than traditional monolithic optics. Currently, the modules do not rely on coherent combining, which would require high-precision calibration and timing, but rather leverage widely used digital signal processing techniques to boost overall signal-to-noise ratio.

Where is OWC is the 5G discussion?

BM
OWC is still relatively new in the commercial space and thus not prominent in the 5G discussion. However, in order to meet growing demands for connectivity, it’s safe to assume OWC will be central to creating a far-reaching network that uses a range of technologies, each serving a core purpose and integrating into the whole appropriately.

It’s no longer one or the other but many — collaboration will be key.
www.bridgecomsystems.com

The opening image is courtesy of Nick Owuor (astro.nic.visuals) @astro_nic25