Japan reconfirmed the U.S. as an allied partner in the fields of space and security, particularly for the space debris’ monitoring solutions and for the complementarity of the two national navigation systems2. This policy plan boosts the security profiles of the public expenditures in space-based technologies against the peaceful purposes of the R&D activities in space sciences. The need to identify a clear role for the European Union (EU) in the space international cooperation is necessary and the industrial collaboration is the most suitable and promising way.

There are numerous industrial concerns related to export control issues because of Japan’s deepening relationship with the U.S. Over the last decade, Japan has established a leadership role in the Asia Pacific region through the Asia Pacific Regional Space Agency Forum (APRSAF), which held its 21st annual meeting in Tokyo on December 2-5, 2014. The event gathered almost 580 participants who represented almost 33 states and 12 international organizations3. Some nations’ more recent participation in the APRSAF, (e.g., Turkey and the United Arab Emirates) shows the substantial achievement of Japan’s space diplomacy’s actions outside of the Asia Pacific borders. This may pose potential limits to the European Space industry’s exports towards areas even closer to Europe. 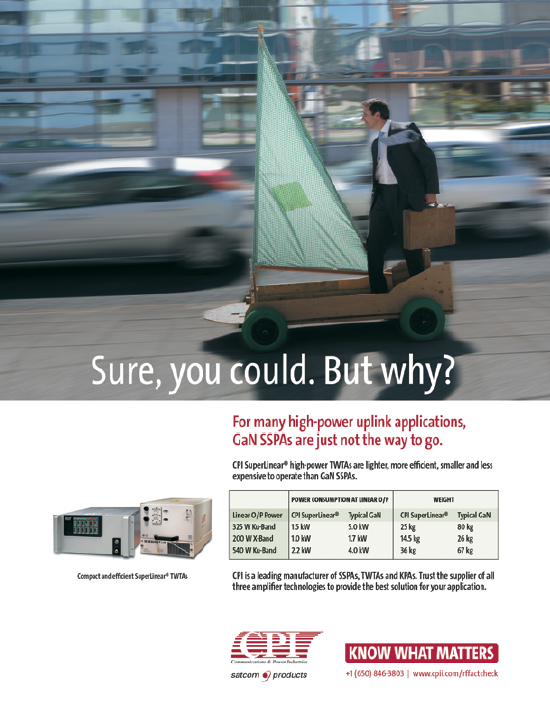 Details
Since its inception phase in the 1950s, Japan’s space program has been R&D oriented. In 2008, Japanese Basic Space Law opened the doors for dual-use space technologies4. The related space policy changes effected in 20095 and 20136 proposed a space utilization-driven approach which sought to stimulate economic activity in Japan after several decades of stagnation.

The space sector was one of the key elements of Japan’s developing “social infrastructures” and, in particular, was meant to combat natural disasters and emergencies to which Japan is prone. Developing services was one of the key elements of the space strategy which encouraged the development of Japan’s space services sector. This new plan, issued in 2015, switches the focus of the Japanese space policy potentially away from the market and towards the military7.

Space security is complex. It involves the security of space objects in orbit, the security of access to space, and also the security of people on Earth from various types of satellites. The U.S.-Japan relationship in space addresses all of these dimensions. The alliance will implement a joint data sharing system for monitoring space debris. The complementary function of the Quasi-Zenith Satellite System (QZSS) allows Japan to have independent/sustainable GPS-like services which also act as a back-up option to the U.S.’ GPS system in the event of malfunction. The statements for the cooperation in the launch sector are not clearly defined but Japan and the United States signed a series of diplomatic notes8 that enable U.S. firms to license technologies and allow Japan to develop larger and more capable space launch vehicles (e.g., the N series launching vehicle based on the U.S. Delta one). Nevertheless, the access to space is a key programmatic line enhancing further development of the two launch systems, e. g., the H2-A serving geostationary large-scale satellites and the Epsilon for smaller satellites13. In order to raise the technical reliability of Epsilon, the program offers the development of a new concept of mid-size or small satellites. Smaller spacecrafts are more affordable operational responses in case of attacks. Again, the national security objectives are prominent in the choice of the Japanese space activities.

The draft space policy plan has been open for public consultation since mid-October 2014 and has received almost 720 responses. Almost 12 percent of the comments expressed serious concerns about the militarization of Japan’s space assets14. The main reasons behind the new space policy are the external threats from the North Korea and China in the Asia Pacific and the need to bolster Japan’s space industry9.

The largely military initiated and dominated space programs are becoming important engines of economic growth and productivity improvements. In this regard, Japan’s defense corporations have been interested in the changing structures and directions of Japan’s space program. Since the Post World War II with the Japanese Diet in 1967 and the 1990 Super 301 trade Agreement on Satellite Procurement11, Japanese corporations have been subject to regulatory constraints affecting their business expansion10. These constraints have made the commercial space industry unprofitable and pushed allies to encourage the government to develop military space projects.

Dual-use space technologies and applications are, by definition, useful for civilians but their military potential renders their disseminations problematic. The domestic investments supporting this approach could dampen the multiplying economic dimension of exports when the military dimension is enhanced, as it has sometimes been the case in the U.S.

The Japanese space diplomacy is seeking to create favorable conditions for the space industry in a very comprehensive manner in both the Asia Pacific and beyond. APRSAF’s last annual meeting confirmed the importance of the maximum utilization of space assets for social problem solutions through the cooperation between technology providers (space agencies and aid supporters) and users. The event has been a fruitful opportunity to report on achievements and discuss further cooperation. The conference has been conducted through technology-oriented and solution-oriented working groups. The working groups support APRSAF’s initiatives for the space utilization and technological capacity building purposes. This year’s new activities have been entered into the APRSAF’s agenda for the exploitation of GNSS assets, rule-making process for the space situational awareness and actions for facilitating capacity building of small satellites.

The concluding plenary session hosted country reports from 13 states’ representatives with new cooperation in the area being delivered by representatives from the USA and the U.K. The adopted recommendations highlighted the importance of pursuing space cooperation through the APRSAF approach as an informal forum, open to governmental and non-governmental entities, as well as international organizations. They agreed to renew the appointment for both the next annual meeting in Bali, Indonesia and the meeting following one year after in the Philippines. One of the new recommendations is the synergetic use of space assets (Earth Observation, Positioning-Navigation-Timing and satellite communications) for which a feasibility study will be deployed during the current year.

Policy Recommendation For The European Space Stakeholders
The new space policy elects the U.S. as a strategic primary partner for the main security oriented space programs and related purposes. The other Japanese space policy objects, such as expanding space utilization and enhancing space industry and science and technology, do not deny a potential role for the EU. For instance, in order to enhance EU—Japan industrial cooperation, European know-how should be tapped in order to fill Japan’s gaps in the accomplishment of these objects.

The advanced European know-how of satellite data processing and related development of applications will be commercially exported to Japan for civilian and security purposes. Copernicus’ free data will not be beneficial in one way to Japanese players but ad hoc business partnerships will be encouraged and supported.

European and Japanese space launching technologies are both under a renovation phase for technological improvements. They are also both struggling with international price competition from China Great Wall Industry Corp. (CGWIC) and Space Exploration Technologies Corp. (SpaceX). Thus, the European and Japanese shared vision for the optimization of technological performances could be a key-priority for cost reduction targets and a means of industrial cooperation.

The eventually emerging issues for Japan’s technology export controls offer the potential for the European space industry that has a more diversified set of technological standards to pursue the development of ITAR-free space solutions under joint European and Japanese consortiums.

The views expressed in this article are the author’s own and do not necessarily represent the views of the EU-Japan Centre for industrial Cooperation.

Veronica La Regina is currently a senior researcher at the Department of the International Relations of the Italian Space Agency. Formerly, she was a Minerva Fellow (Space sector), dispatched for six months at the EU – Japan Centre for Industrial Cooperation in Tokyo (Japan).

She has been a Research Professor at International Space University in Strasbourg (France) and, earlier, she was Resident Fellow at the European Space Policy Institute (ESPI) in Vienna (Austria). Prior to joining ESPI, she was employed at Telespazio SpA in Rome (Italy), where she worked in the department of business strategies and international marketing.

Previously she was involved with Experienced Research at Wave Energy Centre in Lisbon (Portugal). Regina was also a researcher at Osservatorio Filas, centre of socio-economic researches for innovation of the SMEs.

She holds a Master Degree in Systems Engineering (2015) at the University Tor Vergata in Rome, a Master Degree in Institutions and Space Policy (2009) at Italian Society for International Organizations (SIOI) in Rome, PhD Studies in Economic Sciences (2004) at State University of Milan, Graduate Studies in Maths and Statistics (2001) at University of Rome “Sapienza” and Graduation in Law (1999) at LUISS G. Carli in Rome. During her PhD Program, she was a special student at Boston College (USA) and visiting researcher at Midi-Pyrénées School of Economics in Toulouse (France). She also attended several summer schools dealing with Law and Economics, Game Theory, Public Policies as well as several technical courses for satellite applications.