Who owns space?1 All of us? None of us? These questions are becoming increasingly relevant.

Once considered solely the subject of science fiction, technology has progressed to the point that there is now a distinct need for further regulation of property interests in space. Today there are private companies with plans to set up lunar bases and human colonies on Mars.

Energy companies are being established to invest in technologies to mine asteroids and the moon. China and Japan have completed successful missions to the moon.2 One of the China missions was to successfully launch technology to return lunar samples, potentially in contemplation of future extraction.3

The existing international legal convention with respect to the ownership of interests in space is the United Nations Outer Space Treaty of 1967 (the “Outer Space Treaty”).4 The treaty, signed by more than 100 nations, and ratified5 by the United States, was designed to ensure that space would be used for peaceful purposes and that no nation could assert a sovereign claim over assets and properties discovered or known to be existing in space.

The United Nations Moon Treaty of 1979 (the “Moon Treaty”)6 states even more specifically that ownership of the moon or other celestial entity by a sovereign nation or a private entity is prohibited. The Moon Treaty also prohibits the harvesting of natural resources from the moon, unless done in accordance with an international regime established to govern the extraction of such resources.7

Unlike the Outer Space Treaty, the Moon Treaty was ratified and acceded to by only 13 nations. None of the three primary space faring nations, the United States, People’s Republic of China or Russia, signed or supported the treaty; therefore, the Moon Treaty is not legally enforceable against those nations. 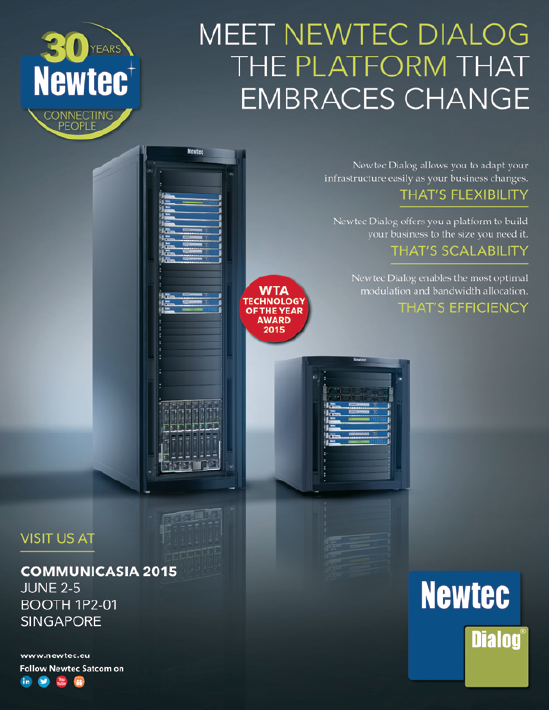 Because the Moon Treaty speaks directly to the private ownership of extraterrestrial property and the Outer Space Treaty does not, some commentators suggest that, by failing to sign or ratify the Moon Treaty, the United States has not relinquished private ownership rights in respect of the moon and other space assets (i.e., ownership claims without national sovereignty).8 The Outer Space Treaty, however, specifically provides for the regulation by the sovereign nations of the outer space activities of its private entities: “The activities of non-governmental entities in outer space, including the moon and other celestial bodies, shall require authorization and continuing supervision by the appropriate State Party to the Treaty.”9

While it is clear that this international framework is completely inadequate for the future commercial landscape, recent legislative and federal agency action evidences that the process of regulating, and incentivizing, private companies to explore and profit from resources in space has begun in the United States.

On July 10, 2014, H.R. 5063, the ASTEROIDS10 Act, was introduced to the 113th Congress. The ASTEROIDS Act specifically directs the President through the National Aeronautics and Space Administration (NASA), the Federal Aviation Administration (FAA) and other appropriate federal agencies to: (i) facilitate the commercial exploration and utilization of asteroids resources to meet national needs, (ii) discourage government barriers to the development of economically stable industries for the exploration and utilization of asteroid resources in outer space in a manner consistent with the existing international obligations of the United States, (iii) promote the right of United States’ commercial enterprises to explore and utilize resources from asteroids in outer space and to transfer or sell such resources and (iv) develop the frameworks necessary to meet the international obligations of the United States.

Once introduced, the bill was referred to the House Committee on Science, Space and Technology and a hearing was held, where the ASTEROIDS bill was considered along with appropriations for the national space program.. Congressmen considering the bill made comments evidencing that they are ready to pass the baton from national, sovereign programs to private programs, as “the private sector and scientists” represent the “best way to maximize limited resources.”11 HR 5063 died in the 113th Congress with no further action, but it has been reintroduced into the current Congress as HR 1508 on March 19, 2015.

In December of 2014, the FAA took additional action with respect to the regulation of private commercial space activities. In response to a launch request by Bigelow Aerospace, a company which is developing inflatable habitats for outer space, the FAA issued a policy letter in which the federal agency made statements recognizing “the private sector’s need to protect its assets and personnel on the moon or on other celestial bodies.”12 The letter permitted Bigelow Aerospace to proceed with its contemplated commercial activities on a “non-interference basis.”13

While the FAA policy letter does not purport to grant ownership rights on the moon, the FAA has bestowed upon Bigelow Aerospace certainty of knowing, as the founder, Robert Bigelow, explained, “that somebody else isn’t licensed to land on top of you or land on top of where exploration and prospecting activities are going on, which may be quite a distance from the lunar station.”14 Prohibiting others from landing on Bigelow’s licensed portion of the moon (whether or not adjacent to the lunar stations) gives Bigelow de facto ownership of that lunar land (at least in respect of other US companies).

Both the ASTEROIDS bill and the December FAA policy letter have tremendous implications for international space law. They show that the United States is ready to support (and allow) private companies to invest in, and profit from, space assets15 in a manner that is directly contrary to the provisions of the Moon Treaty. While the Moon Treaty is not binding on the United States, and does not have the force of international law, it is important to remember that the Moon Treaty is not binding on China or the Russian Federation or many other countries which may sponsor private companies seeking properties on the moon or in space.

Accordingly, other sovereign nations could grant licenses and incentives directly in conflict with those established by the United States, and it is easy to see how messy it could get. We can only hope that these proposed U.S. regulations and policy statements in support of commercial space companies will be the catalyzing ingredient to establish a much- needed international dialogue with other sovereign nations with respect to reworking the international treaties currently governing property interests in space.

The need for unified, international regulation is immediate, before the technology to mine and inhabit space is fully achieved and the conflicts become acute.

Footnotes
1This article will speak only to legal property interests that are not intellectual property interests. Another article will need to address intellectual property rights for items constructed and created in space.
2ASTEROIDS Act: Who Owns Space?, Monica Grady, http://www.science20.com.
3Id.
4Treaty on Principles Governing the Activities of States in the Exploration and Use of Outer Space, including the Moon and Other Celestial Bodies, 27 January 1967, 610 U.N.T.S. 205. 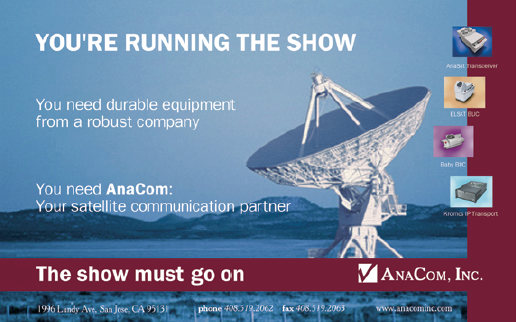 5Once an international treaty is ratified, the treaty has the same force and effect as a federal law. Like federal law, the treaty remains in effect unless Congress passes a statute to negate it, if the United States officially withdraws from the treaty or the treaty is determined to be unconstitutional by a federal court.
6Agreement Governing the Activities of States on the Moon and Other Celestial Bodies, 18 December 1979, 1363 U.N.T.S. 3
7The Moon Treaty: Failed International Law or Waiting in the Shadows?, Michael Listner, The Space Review, http://www.thespacereview.com/article/1954/1
8Could Legal ‘Loophole’ Lead to Land Claims on Other Worlds? Cosmic Log, NBCnews.com, April 9, 2012. The loophole for private companies could not, however, apply to companies organized in, or citizens of, countries which had ratified or acceded to the Moon Treaty.
9Article VI, The Outer Space Treaty of 1967.
10The full name of the act is the American Space Technology for Exploring Resource Opportunities in Deep Space Act.
11Id.
12One Small Step for Man, One Giant Step for the Commercialization of the Moon, Dominic Basulto, February 12, 2015, The Washington Post.
13To the Moon! FAA Boosts Commercial Lunar Ventures, NBC News.com, March 11, 2015
14Id.
15In furtherance of this goal, NASA also signed a Space Act Agreement with Bigelow Aerospace to encourage private ventures to contribute to human missions in space and on the moon. See To the Moon? Bigelow Aerospace and NASA Look at Private Exploration, Cosmic Log, NBCnews.com, April 19, 2013.

“This conference will address a wide variety of issues and practice areas that are part of commercial space activities. They range from long-established activities like remote sensing to the new challenges of cybersecurity to the emerging issue of mineral rights in Space.

The Program Planning Committee is comprised of:

9:00 to 10:15 a.m.—From Here to Ubiquity: The Current and Future State of Commercial Remote Sensing Law—This panel will focus on the evolving state of remote sensing law and policy, in light of the tremendous growth in the remote sensing space industry, advances in technology and changing business models.

10:30 to 11:45 a.m.—Building Blocks of the Frontier: Legal Aspects of Space Resources Utilization—This panel will focus on clarifying the status of space mineral rights law on a national and international level, and discuss the political and policy considerations that may shape the development of a space mineral rights legal regime.

11:45 a.m. to 1:00 p.m.—Post-Export Control Reform Challenges: To Go Where No One Has Gone Before—A panel of experts will look at how export control reform has (or has not) changed the legal, regulatory and commercial landscape for the space community and its suppliers.

2:30 to 3:45 p.m.—A Cosmic Threat: Cybersecurity Issues in Space—Panelists will discuss steps they are taking within their organizations to address cybersecurity issues, including adequately protecting classified and customer information. The current legal framework and regulations will be examined.

3:45 to 5:00 p.m.—The General Counsels Panel: What Issues Keep You Awake At Night?—General Counsel from some of the leading companies in our industry will discuss the significant legal challenges facing their companies and the industry, future trends and what keeps them up at night. Their valuable insights will inform and stimulate
your thinking. 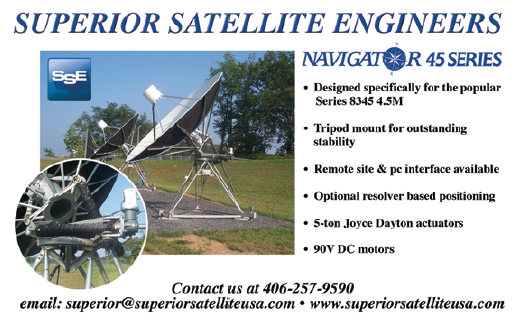