The New Space industry is enabling new actors to start up space businesses at a much lower cost than just a decade ago. 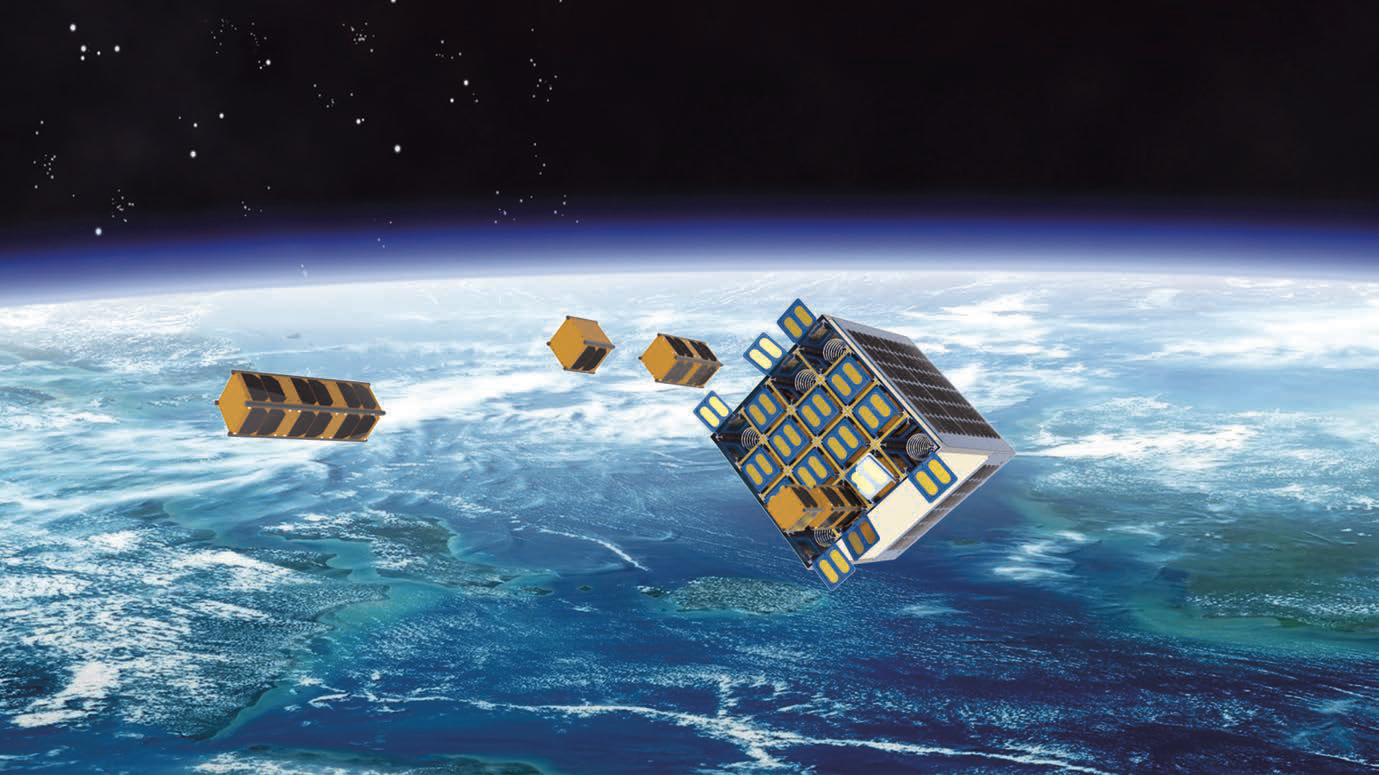 Artistic rendition of D-Orbit’s ION Cubesat Carrier. Image is courtesy of the company.

The cubesat standard allows any company to acquire the knowledge necessary to build relatively cheap high-performance small satellites in a few years, as numerous companies have already demonstrated.

The launch cost — now lower than any time in history — is in a descending curve and the number of flight opportunities is rising, thanks to the availability of a larger number of operators all around the world.

The combination of these two factors is creating an ideal scenario for the massive launch campaigns required by operators of mega-constellations.

The amount of space-enabled consumer applications that can be accessed through mobile phones is just the most visible fraction of a growing ground based, data-driven industry that is revolutionizing sectors such as agriculture, logistics, telecommunications, and energy.

There is a growing need for the kind of high quality and frequently updated space data that can be acquired by state-of-the-art sensors. In spite of the availability of a vast catalog of standardized off-the-shelf components, the race toward high performance in a compact envelope requires the development of custom components and innovative solutions, which is another great business opportunity for startups. 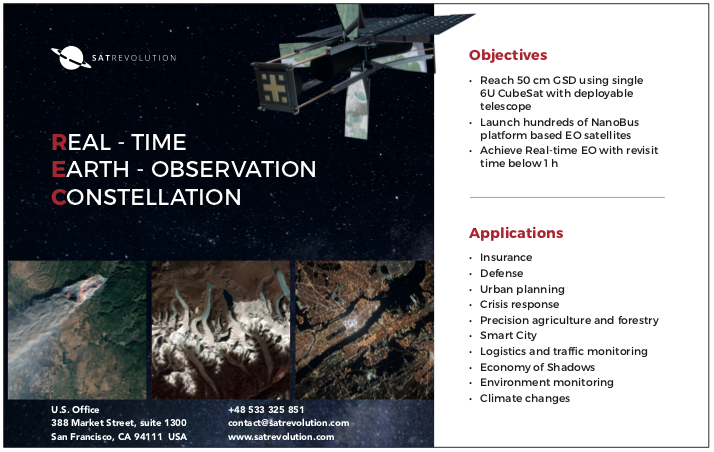 However, an obstacle that most companies continue to face when they start operation is the stark reality that in the space business nobody is allowed to fly a new design unless it has been previously flown.

The space environment is unforgiving, and a failure of a single component can compromise an entire mission.

Ground testing is not considered enough to clear a new design for flight — only a history of successful use in space is required. This catch 22 slows down the time necessary — and increase the cost — to acquire heritage at any level, from smaller structural components to an entire spacecraft, including everything in between.

While a private company that wants to test and validate a component or an entire payload has several options — finding a partner that will host its hardware as a payload, sending it to the ISS for testing, and even building an entire cubesat around it — they will inevitably face issues such as high cost, lack of launch flexibility, and limited opportunities to repeat the experiment in similar conditions.

The industry is still missing a systematic approach to In-Orbit Validation/In-Orbit Demonstration (IOV/IOD) for the private sector that would allow any company to perform repeatable space qualification tests promptly, with a flexible schedule, and at an affordable and predictable cost.

ION Cubesat Carrier. In addition to improvements in precision deployment, the second generation will introduce the opportunity to fly any payload that can be fitted into a multi-cubesat structure.

The payload will receive power, telecommunication and thermal control from the main bus of the hosting spacecraft, significantly reducing the barrier of entry for the development of testing articles.

The ability to control the hosting spacecraft’s orientation during operations will also grant payload operators the opportunity to test their payloads under different lighting conditions, or by pointing them to different areas of the globe over multiple orbits.

This feature will be particularly useful to developers of optical payloads and antennas as it will enable them to perform an extended test suite at a fraction of the cost required by today’s alternatives.

This approach will provide recurring opportunities to fly a payload. With the signing of launch agreements with Arianespace and Firefly Aerospace (see the sidebar) as well as many additional launch operators reaching out to establish similar contracts.

D-Orbit will be able to provide launch opportunities all year on several launch vehicles in different orbits, with the ability to bump from one launch to a later one in case of delays.

Irrespective of the launch vehicle, payload operators will have to deal only with D-Orbit, significantly simplifying the underlying bureaucratic process.

The platform will offer a consistent operating environment, making flight tests repeatable. This feature will offer payload developers the ability to run an incremental testing campaign that will produce comparable datasets or to repeat a test that produced unsatisfactory results in conditions similar to the previous one.

First, ION Cubesat Carrier will take care of all the services typically provided by a satellite bus, providing an operating environment with clearly defined interfaces to the end-user. Payload developers will be able to fly a payload without having to develop a satellite platform for that specific purpose.

Second, D-Orbit will handle all the bureaucracy connected to frequency licensing, launch authorization, flight readiness certification and so on, enabling payload developers to externalize a lengthy, unpredictable, and costly process.

Third, launch and operation cost will be bundled in standard service packages, with a predictable price free from non-recurring costs. This approach will lower the barrier to entry for IOD/IOV from one million dollars or more down to about $100,000. The cost won’t be just lower — it will be more predictable, being based on an official catalog of services.

These features will enable even smaller companies to rapidly acquire space heritage and reduce the time and cost necessary to achieve technology readiness level 9.

The combination of these factors is an additional step toward the democratization of space, an overarching goal that the New Space industry must achieve to fulfill its promises.
www.deorbitaldevices.com 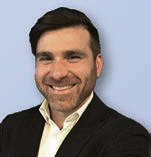 Stefano holds a Master’s degree in Space Engineering in a collaboration between the University of Rome “La Sapienza” and the Delft University of Technology. He has worked as Space System engineer in Paris for seven years, focusing on feasibility studies for space exploration and the environmental impact of space activities. When he returned to Italy in 2014, he immediately joined D-Orbit as Program Manager for most of the activities done in collaboration with the European Space Agency. Now, Stefano is in charge of managing the Institutional Business, drawing the future of space transportation.

The agreement grants D-Orbit the status of a preferred launch aggregation partner for the European market, allowing D-Orbit to purchase, market, and resell launch vehicle capacity, and to provide logistics support and integration activities at its operational premises in Italy.

“We are proud of this partnership with Firefly, one of the most innovative small payload launch operators,” said Pietro Guerrieri, D-Orbit Chief Strategic Officer. “Capitalizing on the capabilities of ION CubeSat Carrier, our free-flying CubeSat deployer, we are expanding our launch services portfolio and taking an additional step in our roadmap to offer the New Space market an innovative launch transportation solution.”

“Firefly Alpha was specifically designed with the needs of our rideshare partners in mind,” said Firefly CEO Dr. Tom Markusic. “Alpha’s 630 kg to 500 km SSO capacity allows D-Orbit significant flexibility in manifesting missions. Our agreement with D-Orbit for up to fifteen launches over five years will allow their customers frequent, reliable access to space, on the schedule of their choosing and to the orbit that best matches their business needs. Alpha is the first of a series of launchers being developed by Firefly for the needs of the small satellite market. The first Alpha launch is scheduled for the end of 2019, with frequent launches in 2020 and beyond. Firefly will have launch sites at Vandenberg Air Force Base and Cape Canaveral Air Force Station, enabling missions to polar, SSO and lower inclination orbits. 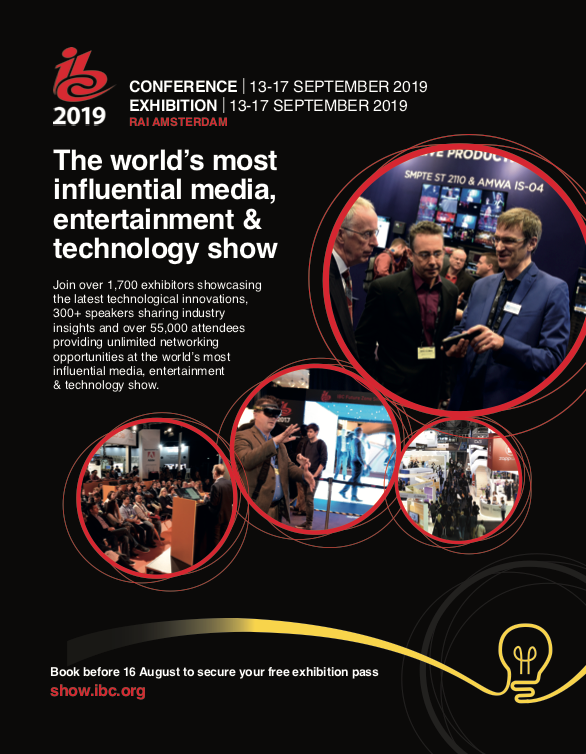