This article has been excerpted from the full-length report, Factoring 5G into the Future, published by the World Teleport Association (WTA), available at www.worldteleport.org/store/ViewProduct.aspx?id=12322305.

The first generation of mobile phone service, known as 2G, was all about voice: it allowed people to make phone calls away from their home or office and on the move. 3G added data, allowed people to send text messages and enabled basic internet access including online shopping. 4G did everything that 3G did, but faster. With LTE came the realistic capability to stream and share music and video. This is the broadband network. 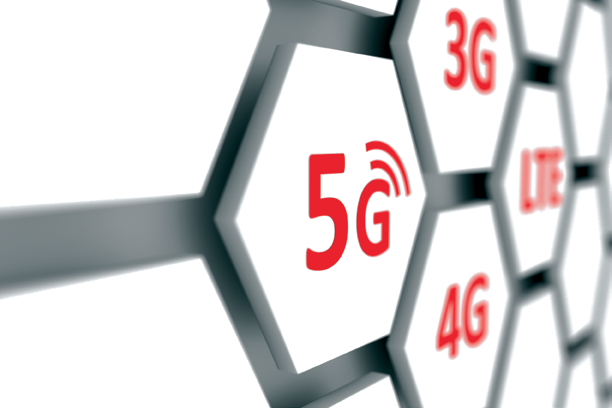 5G will also be a broadband network — but on steroids. Today a speed of 100 Mbps to a handset is considered exceptionally fast, with most users considering themselves lucky if they get 20 Mbps. 5G will operate up to 100 times faster — fast enough to download a 400 MB feature film in seconds and support intensely augmented reality.

The latency of 5G connections also promises to be a fraction of 4G: one to four milliseconds compared with around 20 milliseconds for today’s networks.

Anyone who has tried to use a cellphone at a major concert or sporting event knows how difficult it can be to get a connection, much less send a photo. 5G is promising to support one million devices per square kilometer.

However, 5G is more than just a bigger, faster 4G network. It is also poised to be the major driver of the Internet of Things (IoT), enabling machine-to-machine communications on an unprecedented scale and ushering in the era of machine-to-human communications. 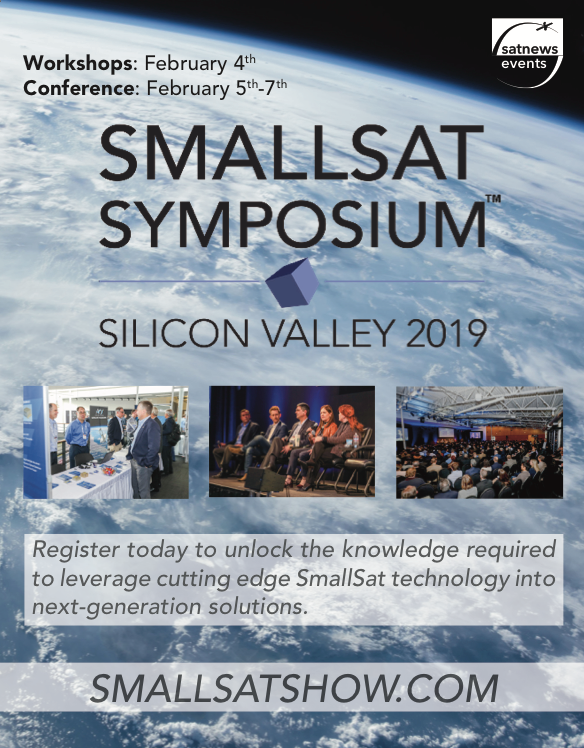 Greater  Flexibility
This will be the first time that a mobile network depends more on software than hardware standards. The architecture will take advantage of Network Functions Virtualization (NFV) and Software Defined Networking (SDN) at both the core and the edge, which move core network functions, access and transport to the cloud.

Together, these will enable increased computing power and scalability, and support multiple applications by taking advantage of “network slicing.”

This feature allows for the creation of multiple virtual networks on top of a common physical layer, essentially decoupling the data and control planes. Mobile network operators (MNOs) will be able to offer dedicated virtual networks with functionality specific to the service or customer over a common network infrastructure.  This common network infrastructure represents the most profound improvement delivered by 5G.

The network’s reliance on software definitions enables it to manage multiple frequencies, user density and data rates. Depending on the frequencies used, density of users and applications required, the cells will vary in size. Many of them, particularly at the higher frequencies, are likely to be significantly smaller and support far more devices than today’s cells. But macro cells will continue to function within the standard at lower frequencies.

Meeting the speed and latency requirements of 5G in its fullest implementation requires a much greater density of base stations operating in higher frequency bands. This presents an obvious cost issue. New developments in 4G/LTE and 5G, however, provide the ability to set up baseband “hotels” or data centers to handle most processing, which makes better use of baseband equipment and requires less physical space and power for base stations. This near-edge architecture will tend to increase not only backhaul but fronthaul requirements.

The investment requirements for the rollout of 5G will be staggering. In an analysis of one European country, McKinsey predicted that network-related capital expenditures would increase 60 percent from 2020 through 2025, roughly doubling total cost of ownership (TCO). This challenge to the mobile industry may present the satellite and teleport market with an opportunity. According to NSR, satellite capacity revenue from backhaul will grow from roughly $1.1 billion in 2016 to more than $3.4 billion in 2026. 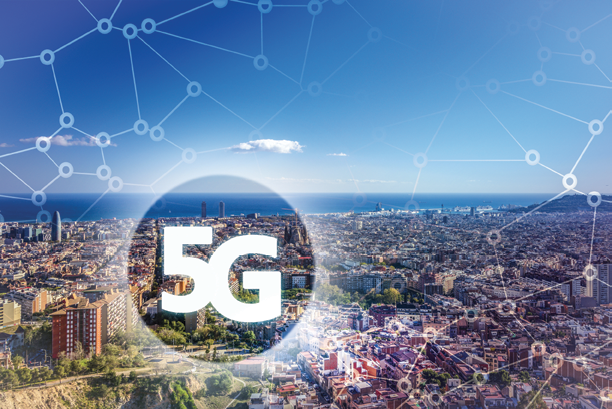 Mobile Backhaul Today
For the satellite industry, mobile backhaul is significant business. Nearly every satellite service provider provides satellite backhaul and has been doing so for many years, principally to markets in developing nations.

The rural areas of developed nations represent another opportunity, but one that calls for careful selection. In some wealthy nations, every village of more than 1,000 people already has a fiber connection, while in others, satellite backhaul is a necessity. The major metro areas are also satellite backhaul markets in specialized situations: with short-term surges in demand and during disasters.

For all the excitement around 5G, there remains plenty of life left in earlier standards. In the least developed economies, 2G is still prevalent. Because of widespread poverty and correspondingly low ARPUs, carriers cannot justify upgrading the network unless they receive subsidies. In some nations, however, government policy and private-sector ambition have led to leapfrogging directly from 2G to 4G, which provides better ARPUs than 3G.

Global satellite service providers are working with MNOs at all stages of the evolutionary path, from 2G to 4G in developing nations and remote areas. They are bringing not just bandwidth but managed services, site installation and maintenance, network management and hosted switching. On satellite operator is beginning to build and own infrastructure including cell towers to provide a complete ecosystem to Multi-National Organizations (MNOs).

The 5G Opportunity
While satellite service providers vary in their enthusiasm, none perceives 5G as a threat to their business. Everyone emphasizes the significant increases in bandwidth and data consumption it will bring. 5G is meant to be ubiquitous, requiring hybrid satellite and terrestrial solutions that will create more demand on the satellite industry for services. Traditional MNOs will continue to grow their business, and as the increased consumption starts to reach rural areas and islands, satellite will be needed.

Backhaul will continue to be a vital market, particularly in hard-to-serve markets. The rollout of 5G to lower-density markets will demand significantly more base stations than 4G. One mobile operator projected a 50 percent increase in the number of base stations by 2025.

Given that 5G will be a software-defined network, it should provide more flexibility and allow the MNO to structure a network according to the needs of its target markets. An MNO executive points out that one of the advantages of using satellite for backhaul is that the ability to share capacity between different locations, meaning that it will be enabler for expansion into otherwise difficult to reach or low-bandwidth locations.

Opinions differed sharply as to whether satellite could have a role in fronthaul. The mobile operators are very clear that it could not. Other technology providers are more optimistic, arguing that the huge lack of capacity in some markets will require microwave and satellite to be strong player, not just in backhaul, but in fronthaul as well.

New Opportunities
At least one respondent is already involved in the Internet of Things  (IoT) market and expects to be providing more value-added IoT services across 5G via satellite, microwave and fiber.

Opinions differed on whether automotive represents a meaningful target. Respondents argued that satellite connectivity to moving objects requires critical mass of users, as are found on cruise ships, trains and buses. Others believe that video downloads, software updates and map data will create a robust automotive market. If current developments hold true, however, the value is likely to be gained by antenna manufacturers and satellite operators working in vertical alignment rather than teleport operators.

Respondents expect 5G to open new markets for video as it drives consumption to mobile devices. In this view, satellites will be used to deliver video to base stations, leveraging the ability of 5G to decouple the data and control planes.

Overall, contributors believe that, by delivering much greater bandwidth to users, 5G will stimulate demand for even more, and will require satellite as a core element for moving video and data within the 5G environment. This will put a greater premium on the expertise of service providers, because MNOs will rely on them to manage this element of the network.

The huge increase in the number of base stations alone translates into significant capital expenditure for the MNOs. A satellite service provider offering a managed network service can help the MNO by transferring some of the upfront capital cost (CAPEX) into operating cost (OPEX). Not only does this ease the financial burden on the MNO, but economies of scale achieved by a satellite service provider serving multiple MNOs also lowers the total cost of ownership.

How the Satellite and Teleport Industries Engage with 5G
As previous generations of mobile technology were developed, satellite sat on the sidelines, watching developments and shaping products to meet new needs, most of which related to backhaul.

That remains the approach of some respondents today, but larger and more international companies see the need to proactively engage. They are responding to the fact that 5G is being conceived as more than a mobile standard — it aims to be an overarching architecture into which the full range of transmission technologies will fit. Inaction risks the emergence of standards that are unfriendly to the fundamental requirements of satellite, which would close the door on much of the 5G opportunity.

Service providers, satellite operators and technology providers are all engaging with companies and multilateral organizations developing 5G standards, with the goal of positioning satellite as complementary, requiring common interfaces.

One contributor noted that other wireless technologies, such as Bluetooth and WiFi, saw the value of creating a win-win partnership as far back as 2G. They now have a strong voice within the standards committees, which the satellite industry needs today. The standards bodies and associations at work on 5G include:

The Search for Integration
One word was constantly repeated in the interviews for this report. The word was “integration.” The ultimate value of 5G to the satellite industry may be in making satellite a more integral and integrated part of global telecommunications. 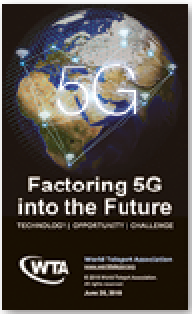 This wider vision means that 5G must have a multi-network aspect. One contributor gave an example: high speed and wide area mobility for land vehicles cannot be accomplished just with cellular — so hand-off to satellite should be a core part of the standard. If multicast to data centers and devices on the edge is to become an important part of the 5G business model, satellite multicast capabilities must be anticipated in the standard.

With IMT-2020 not scheduled to be finalized until that year, deployment will proceed at evolutionary speed, just as with previous generations. The common wisdom is that early deployment of 5G will focus on urban areas where the density of customer makes the business case for greater density of cell sites more attractive. At least where standard backhaul is concerned, there will be little role for satellite until 5G begins to deploy into suburban and exurban markets.

A number of experienced executives, however, offered an alternative vision. Partly because it represents such a technology leap, its deployment may be driven less by geography and population density than by use cases.

One described “islands of coverage,” such as an industrial park in an otherwise unserved area with its own 5G network, enabling automation and/or logistics for particular location or company. The executive also noted the opportunity to overlay 5G architecture on existing 4G macro cells. “It could scale faster than we think.”
www.worldteleport.org