The fourth largest island in the Caribbean and home to 3.5 million people, the U.S. territory of Puerto Rico is best known for tropical landscapes and resort hotels — the perfect spot for a relaxing vacation. 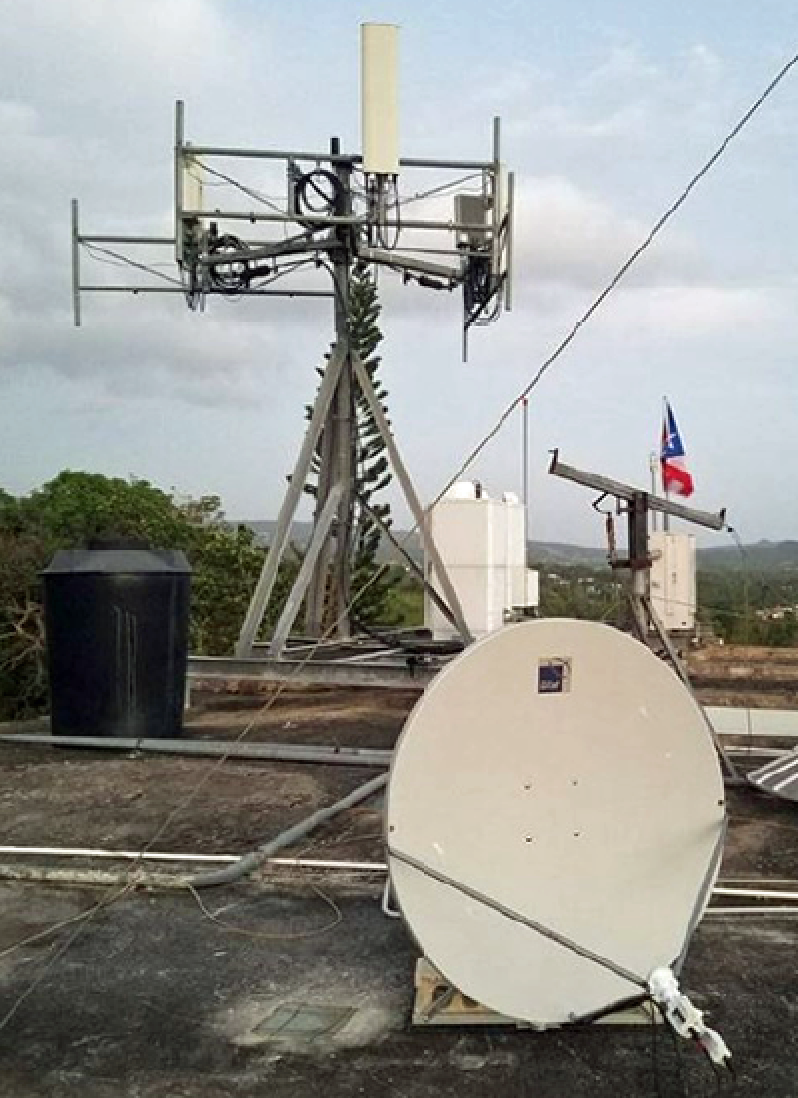 All of that drastically changed when the island was hit by two Category 5 storms during the first three weeks of September.

The first, Hurricane Irma, passed just north of Puerto Rico, lashing the island with wind and rain without any loss of life or major damage to the island’s infrastructure. Unfortunately, the same cannot be said of Hurricane Maria, which caused a level of destruction and chaos paralleled by few storms in American history.

Winds reached 155 miles per hour, causing tornado-like damage, while parts of Puerto Rico saw an unprecedented 30 inches of rain in a single day.

Two weeks after the storm abated, most of the island’s residents still lacked access to electricity and clean water.

Sprint Emergency Response Team Leads the Network Recovery Effort
Given the magnitude of the damage and required recovery effort, many of Puerto Rico’s mobile providers are sharing resources to try to get people back online as quickly as possible. 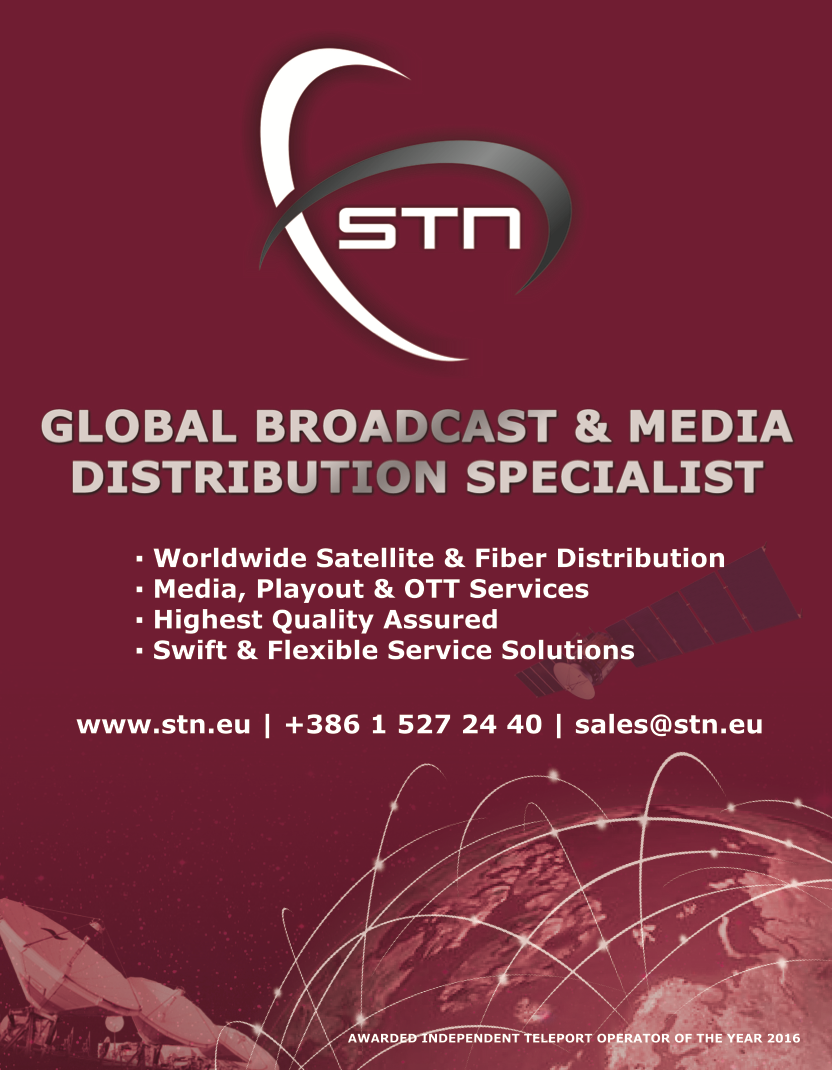 Among those mobile providers, Sprint has played a vital role in restoring communications on the island, deploying Gilat’s satellite communications to restore its cellular backhaul services. Sprint’s skilled and battle-tested Emergency Response Team (ERT) specializes in providing critical communications in the toughest conditions.

Prior to hitting the ground in Puerto Rico and the U.S. Virgin Islands following Hurricane Maria, Sprint’s tireless ERT deployed satellite communications in the aftermath of Hurricane Harvey in Texas and Hurricane Irma in Florida.

Satellite Backhaul was a Viable Option
As soon as conditions were safe enough to fly engineers to Puerto Rico, Sprint began to assess damage and restore service.

In spite of the devastation across the island, most of Sprint’s towers remained standing and largely intact. This mini-miracle allowed Sprint to focus their initial efforts on restoring backhaul and power, starting with the most populous areas and then building out from that base.

Due to the extent of the damage to the terrestrial backhaul network, Sprint realized that satellite-based cellular backhaul was a quick way to get critical voice and data networks back up and running. 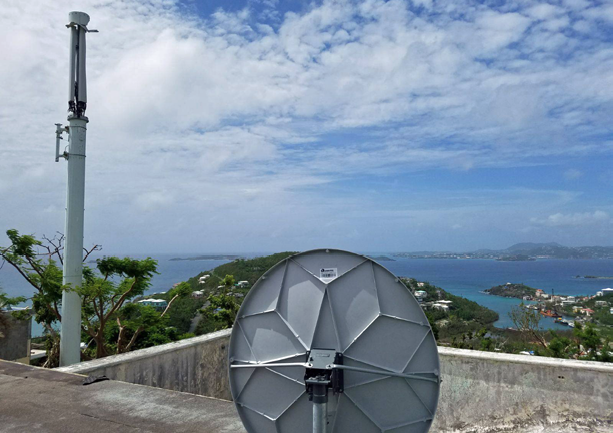 Gilat’s Fast, Reliable Cellular Backhaul Deployment
With millions severed from mobile and broadband services, Sprint could not afford delays in setting up its satellite-based backhaul solution — and that is why the company decided to work with Gilat, an end-to-end satellite connectivity solution provider with proven fast deployment capabilities for emergency scenarios.

“We are currently working with Gilat on several projects using satellite backhaul in our network. Disaster recovery is an extension of those projects, and Gilat’s solution allows us to quickly deploy satellite connections for cell sites without terrestrial backhaul,” added Jones.

Gilat’s satellite-based solution consists of high-speed Capricorn VSATs at each cell site, centrally connected and managed by the SkyEdge II-c hub platform. While Gilat’s satellite backhaul solution supports both 3G and LTE networks, Sprint deployed 3G services in most of the affected areas and LTE over satellite services in a handful of areas.

The Capricorn VSAT eliminates satellite latency concerns by using patented acceleration techniques over GTP/TCP in remote terminals and hubs. Currently used for high-speed broadband services in Sprint’s nationwide LTE network, Capricorn supports 4G/LTE networks with speeds of up to 150 Mbps to the handset.

Using Gilat’s VSAT, Sprint can provide reliable, high-speed voice, data and video services on a par with terrestrial performance. This includes smooth running of data and video applications with a high-quality user experience.

“Gilat’s satellite backhaul solution allowed us to restore key cell sites within hours in areas where there were no communications,” said Jones.

Satellite connectivity has been deployed on the main island of Puerto Rico, as well as on Vieques, Culebra and the U.S. Virgin Islands. In addition to restoring cell sites and broadband connectivity, satellite backhaul is also being used to assist emergency management officials.
www.gilat.com

Doreet Oren (doreeto@gilat.com) is Director of Product Marketing & Corporate Communications for Gilat Satellite Networks. Doreet Oren has been in this role since 2012 and has been responsible for defining product positioning, messaging, go-to-market strategies, market research, and analyst relations.

Oren has more than 20 years of industry experience, and has held management positions in R&D, product management and product marketing for international high-tech companies. In this capacity she contributed to next-generation product definition and was responsible for delivering the company’s vision to the media and analyst community.

Restoring Broadband Connectivity in Schools for the Deaf

The effects of Hurricane Maria were not limited to Puerto Rico’s mobile communications;   many schools, businesses and other institutions also lost their internet connectivity. Using Gilat’s versatile Capricorn VSAT, Sprint was able to quickly restore broadband connectivity for some of these users as well.

Without a doubt, the most unforgettable installation of these satellite broadband solutions took place at two Puerto Rican schools for the deaf.  Sprint’s ERT engineers arrived at the schools, unpacked the Gilat equipment and installed a satellite dish on the roof connected to a Capricorn VSAT, providing connectivity for Video Relay Service devices.

But that’s not all they brought — they also surprised the students with a gift of dozens of brand new tablets. While part of Sprint’s team was busy setting up the satellite broadband service, two ERT members gave the children a lesson in satellite communications. In a few hours time, Internet connectivity was restored and the students were busy checking out the apps and features on their new tablets. 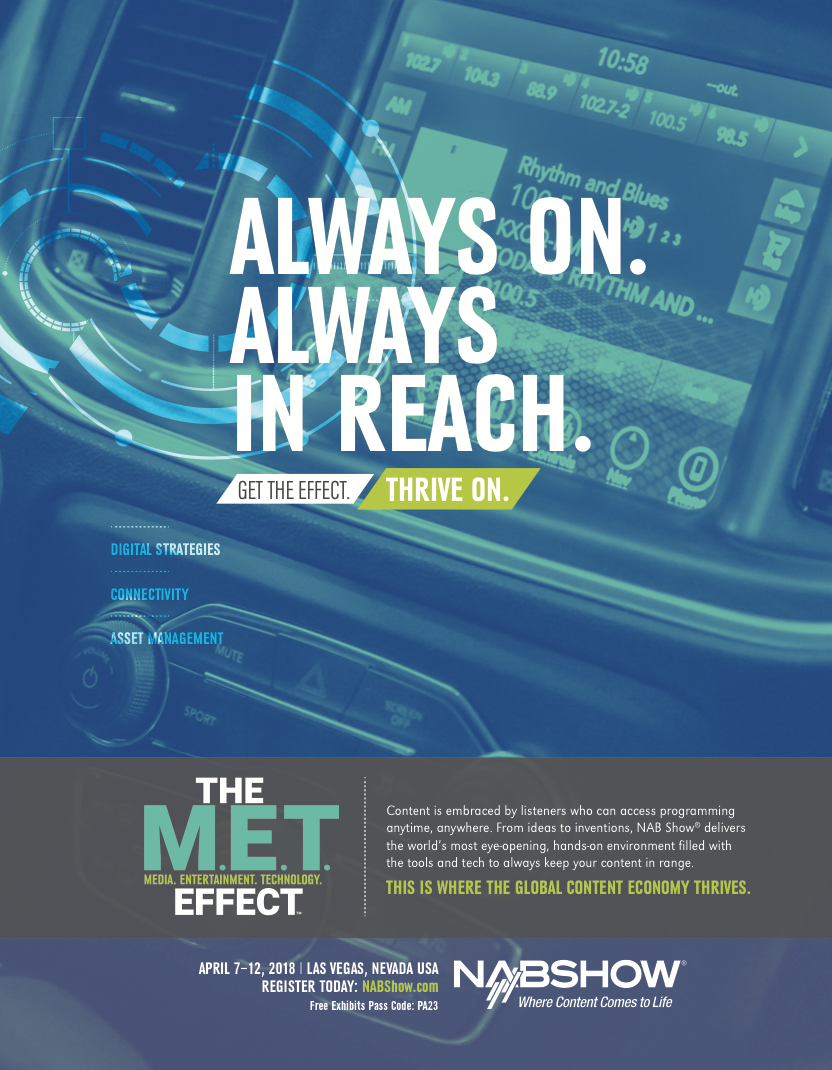