The world’s citizens purchase more than 78 million cars every year. They shop for horsepower and acceleration, leg room and cargo space, and how many miles the car can travel on a tank of fuel or on a single charge — and every year, more of them want to know just how smart their car is... 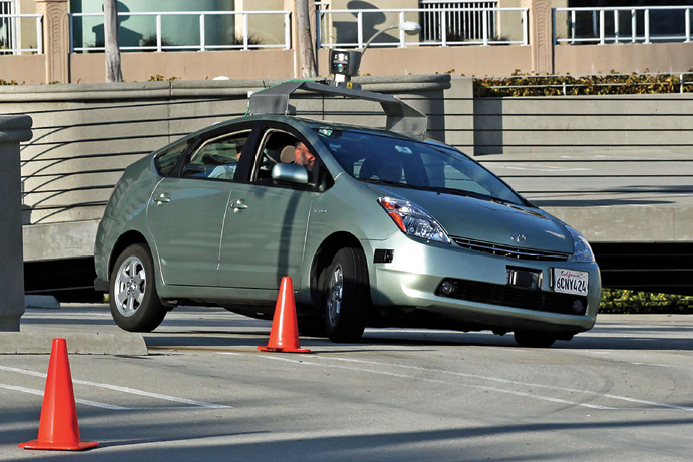 A Google driverless vehicle going through its paces. Photo is courtesy of Steve Jurvetson, Wikimedia.

The “connected car” is poised to make your time behind the wheel safer and more productive. Connected cars can stream music from your favorite web service, help you navigate, provide internet access and offer road-side assistance in an emergency. But that’s just the start.

A Computer on Wheels
Why does your car need to be connected? Behind the dashboard and under the hood, today’s cars contain more than 100 million lines of computer code and process up to 25 gigabytes of data per hour.

A high-end model has more computing power than a supercomputer from the year 2000.

There are already millions of connected cars on the road and some of them connect over the same cellular network that your phone does — in 2016, for the first time, cellular connections for cars grew at a faster rate than new phone connections.

Those cellular connections are okay for the fun stuff — the music, the maps and the internet access. But when it comes to keeping you safe, there’s a problem.

Cellular doesn’t go everywhere. You may get great service in a city or along a highway; however, travel out into the countryside, even in one of the world’s richest nations, and it’s another story. Drive in a developing nation and the problem is even greater.

That’s why serious designers of the connected car are mixing cellular connectivity with satellite.

The Next Generation of Connected Car
The Kymeta Corporation is delivering the next generation of the connected car.

The company has developed a service called KĀLO, making it possible to gain access to satellite connectivity to deliver seamless, global, internet access.

KĀLO works just like a cellular plan for your car but, because it can use satellite networks, it works even where there are no cell towers. 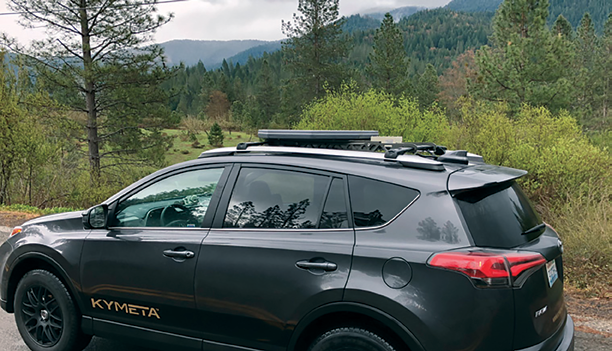 KyWay can be built directly into the roof of a vehicle. Kymeta manufactures the terminals using liquid-crystal-filled glass panels on the same production lines as LCD TVs. Small, lightweight, and with no moving parts, they are still powerful enough to communicate with satellites thousands of miles overhead.

The Kymeta Corporation’s KĀLO service is being extended to support cellular-satellite connectivity.

Providing Safety and Security
What’s going on in your car that needs all the data a satellite can provide?

Your car runs on software and that software needs to be updated regularly.

Currently, that means taking your car to the repair shop. That costs manufacturers billions and the inconvenience means that a lot of software never gets updated.

With satellite, the update can be transmitted to millions of cars simultaneously, ensuring that everyone on the road has the required safety enhancements.

Satellite updates aren’t just convenient; they’re also secure. We’ve all heard the scary stories about cars of the future being hacked. Satellite is secure because it touches just one place — your car — instead of traveling across the internet or phone network. That’s why the government turns to satellite to protect its most secure communications.

Security matters more and more every year, as cars are starting to drive themselves. Self-driving cars are a miraculous blend of computers and sensors — and one more vital component. Smart cars run on digital maps — incredibly detailed, always up-to-date maps of highways, streets, alleys, corners, sidewalks, stoplights and all the rest.

In a world of constant change, maps become out of date quickly. Buildings rise and are torn down... roads are closed and opened... stop signs are replaced with stoplights... stoplights are being replaced by roundabouts. Only satellite can send cars the massive amounts of map data that will keep people safe when computers take the wheel.

The connected car got its start in 1996, when General Motors introduced its OnStar roadside assistance program. By 2015, OnStar had handled more than one billion requests from drivers.

That’s why car shoppers are now looking for horsepower or leg room as well as smarts.

Kymeta is working today with satellite operators and automobile companies to make certain your next car will keep your passengers more entertained, get you where you want to go faster and keep you safer than ever before possible.
www.sspi.org