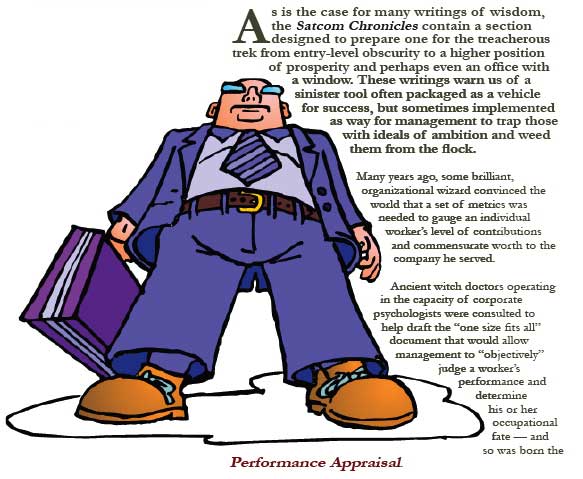 This new, scientifically-crafted tool spread throughout the land like wildfire, mutating in form along the way, becoming as much a weapon as a tool. This tool permeated organizations large and small and, akin to the most prolific of viruses, the Performance Appraisal struck defenseless workers during its annual outbreaks like clockwork, all suspiciously synchronized with the fiscal calendar.

The Performance Appraisal — with its dull, bone-crushing ability to send a wave of crippling fear into the hearts and minds of those in reflection of the past year, who wondered if their actions would invoke respect or disdain from the ivory-tower inhabitants who would ultimately decide whether this year’s performance review would bear the ripe fruits of appreciation or a fast track to the firing squad. Or, even worse, would result in exposure to a humiliating stump speech highlighting your less-than-mediocre performance and commensurate sentence to continue service. In your present capacity — though graced with probationary oversight that all but insures financial stagnation, or your eventual replacement, by some incompetent dweeb. 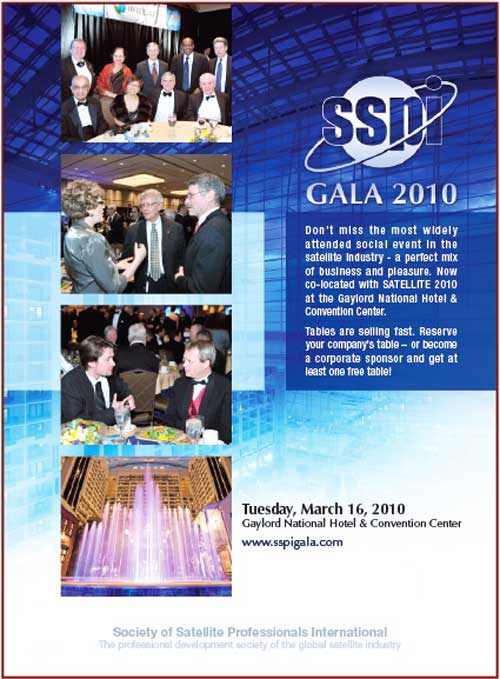 Carving the organizational chart with the artful precision wielded by Michelangelo himself, corporate managers would use the Performance Appraisal to mould their teams in their likeness by rewarding those whose noses could mimic the finger of the most skilled proctologist with enviable positions of power, while routing out dissidents whose hard work and valuable contributions might one day overshadow the paltry performance of the departmental leader and topple him or her from their throne.

Such is the course that was set eons ago and continues to this day. The Performance Appraisal is an insidious document with the power to shape even the most powerful corporations. Power, that left in the wrong hands, could have a devastating effect on the spirits of high achievers who lack prowess in the theater of company politics.

Many books have been written on the science of Performance Appraisals and how they might be capitalized upon to help forward one’s career. They’re often riddled with inspirational meanderings of Confucius-grade philosophy and examples of successes that stand as testaments of proof that their principles actually work.

Of course, the viability of their suggested tactics and strategies assumes the appraisal will be conducted with complete objectivity referenced to an accurate accounting of one’s personal contributions and a sincere objective to see that he or she is recognized for dedication and loyalty to the logo. But, surprisingly, this is not always the case. 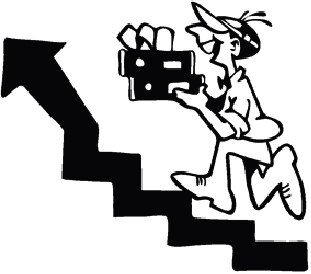 My performance reviews were often less than inspiring. I know the appraisal forms were not designed to capture and reflect my devotion and unrelenting desire to carry my corporate colors across the mined battlefield and onto the stage of market dominance. So I decided long ago that the Performance Appraisal was not likely to be a springboard to my success. Only by positioning myself on the front lines was I granted the opportunity to step on every mine and to eventually gain some notoriety from the resulting explosions, complete with dust clouds and flying debris.

Thanks to years of dedication, a bit of luck, and some help from the Peter Principle, I am now responsible for the perpetuation of this annual ritual. Thanks to the wounds I’ve sustained from the many Performance Appraisals 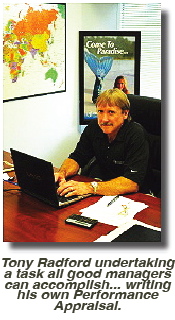 I’ve endured, I see this sacred event in a different light. I actually wrote my own form and invite my staff to grade me.

You see, I learned long ago the best strategy for success is to surround oneself with people who are more resourceful, clever, and ambitious than myself and to become a part of a successful, inspired team.

Now my challenge is to remain worthy of a position of influence and member of a team of staunch professionals passionately dedicated to the cause. There’s nothing more inspirational than that — and to think I can credit all of it to the Performance Appraisal .