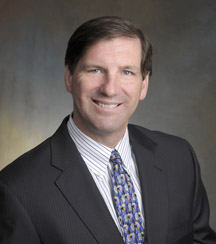 Mike Antonovich participated in a panel discussion recently that encompassed the future of satellites and broadcasting. The discussion was entitled “Satellites and Broadcasting: A 30-Year Warning.” Mike discussed how satellites are not going away — however, IP networks are spurring growth of “hybrid broadcast and media services models,” models that Global Crossing Genesis Solutions is well positioned to address. He shared what he believes the future holds for these services.  As most realize, the market for video services continues to grow.  Industry research firm Infonetics Research forecasts that worldwide revenue for video services, including IPTV, cable video and satellite video services, will top $250 billion in 2014.  And, according to the Visual Networking Index (VNI), an industry benchmark report produced by Cisco, 3D and HD Internet video will comprise 46 percent of consumer Internet video traffic by 2014. 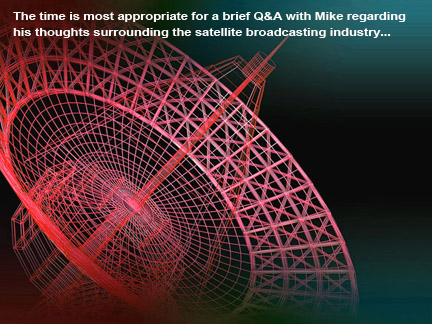 SatMagazine (SM)
Mike, the influence of IPTV, OTT, DTV, MobileTV, payTV and digital cinema (among others) has companies scrambling to ensure they accommodate the various technologies in play to satisfy an increasing number of customers. Given your expertise in the satellite and digital broadcasting environs, would you please define for our readers exactly what is meant by hybrid broadcast and media service models?

Mike Antonovich
That is a very complicated question, with many complicated answers!  Still, I’ll take a stab at it.  In the beginning, there was FTA (Free to Air); mostly advertising supported television delivered by the “rabbit ears.”  And we liked it. All three/four channels of it. Then came Cable Television (CATV), which largely replaced the “rabbit ears” with a coax cable.  CATV delivered dozens of FTA channels, and then along came the likes of CNN, ESPN and HBO to launch truly unique alternatives to the FTA and “TV network” model.  And we liked it, all 60 channels of it.

Skipping a lot of history, we’re now dealing with content delivered by television, PC, and mobile phone in literally hundreds upon hundreds of different forms of live, linear, non-linear and on-demand formats.  Certainly there have been winners and losers in this evolution, but everybody has largely survived it and is making a living. 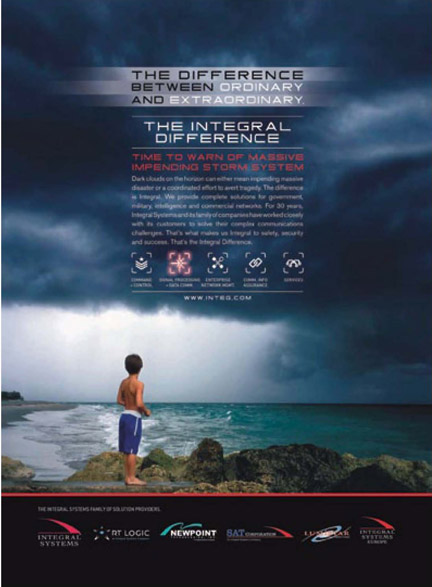 Subscription-based services seem to handle bad economic times better than ad-supported services, but everybody is still here, still viable, still competing for audiences and revenue streams.  But if you “follow the money,” it’s still being made by the big media companies and mostly in the ancient “old media” of FTA and CATV-delivered services.  That is not changing anytime soon.

SM
There are enormous advertising budgets being applied to campaigns denigrating the efficacy of satellite broadcasting in favor of other content delivery methods. Do you see the influence of satellite-based transmission methods withering away, or are we in store for continued increase in capacity requests for content delivery?

Mike Antonovich
As Mark Twain might say today, “the reports of the demise of satellite transmission are greatly exaggerated.”  Certainly news gathering from far corners of the world such as Libya and Fukashima would be impossible without satellite.  And certainly Direct-To-Home (DTH) satellite distribution is a highly efficient and essential service for hundreds of millions of consumers around the globe.  So, the business is safe for a while longer.  Still, C-band is under regulatory assault in many jurisdictions and fiber will continue to erode news gathering and some limited forms of distribution, most notably high-bandwidth applications like HD, 3D and emerging Ultra HD. 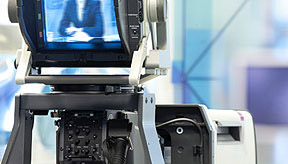 SM
Do you see the continued use of satellite delivery to teleports (up and downlink), with the content then being pushed out to various transmission schemes (i.e., fiber, undersea cable, and so on), or will we see more and more content being delivered directly to service providers for web streaming?

Mike Antonovich
If you follow the money in the television distribution business, virtually all of it is still derived from linear television distribution over airwaves, CATV, DTH satellite and broadband.  That is unlikely to change much in the next five years.  In fact, for Global Crossing Genesis Solutions, just about 70 percent of our revenues are derived from the delivery of full-time linear channels to teleports for DTH and CATV distribution.  And for most channels to most places, that isn’t going to change. 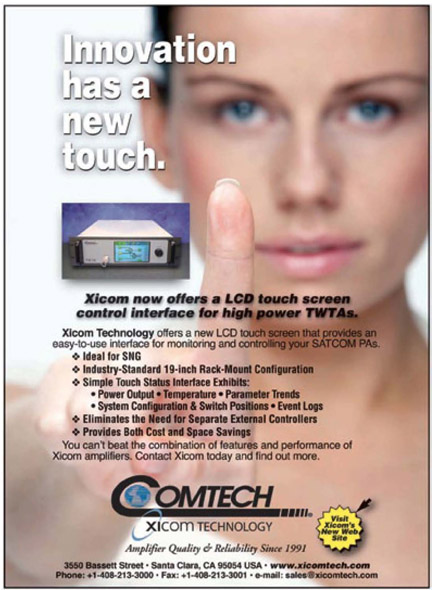 However, when you start seeing programmers taking more advantage of the unique interactivity features that certain broadband and fiber deliveries will offer consumers, I think you’ll see more unique “narrowcast” services being delivered separately to DTH, CATV and broadband to take advantage of unique feature sets of the receiver or cable box installed in the home.  Those channels are more likely to be delivered on fiber rather than on satellite.

SM
Is dish reception becoming a technology of the past? Will the web replace most delivery methods over the next few years?

Mike Antonovich
Absolutely not.  In the U.S., roughly 30 percent of the market receives service from the DTH providers DirecTV and Dish Network.  They aren’t giving up those subscribers without a fight.  What also isn’t well understood is how many millions of CATV subscribers get most of their channels almost exclusively from C-band satellites.  I’d conservatively put that number as another 20% of the U.S. TV market.  I see nothing on the technology landscape that is changing that picture within the next 10 years.

SM
With the increasing interest in 3DTV and 3D digital cinema, could it not be said that satellites will play an increasing role in content delivery of this type? However, with HD already capturing a great deal of satellite capacity, how can satellite operators (and manufacturers) prepare for the continued demand for capacity? 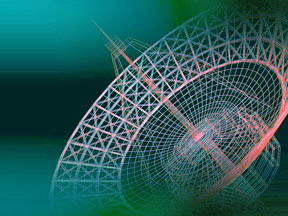 Mike Antonovich
I think the future of HD delivery over satellite is pretty secure, but regarding 3D and Ultra HD (very high bandwidth HD); I think the jury is out.  If, in fact, Ultra HD requires more than 40-50 Mbps of bandwidth, it won’t fit on existing satellites.  Even if it did, is it economical to devote an entire satellite to perhaps 24 Ultra HD channels?  Is there an audience, an appetite and the revenue to support something like this?  This is one area of vulnerability for satellite, as broadband and fiber-to-the-home can be scaled to support virtually limitless bandwidth.  But these decisions and opportunities are still years away.

SM
In one or two years, where do you envision the satellite broadcasting segment of our industry? The IPTV segment? What should broadcasters be considering today to enable them to prepare for, and be able to satisfy, future broadcasting needs?

Mike Antonovich
In two years, you won’t be seeing any dramatic changes.  I don’t think any web-based initiatives will be leaking away enough eyeballs from the successful linear television world to tilt the tables.  Now, five years…is anybody’s guess.  Still, 10 or even 15 years from now, there will be many millions of consumers tethered directly, or indirectly, to satellite delivery.  The slice of the pie will be smaller, but it will still be plenty lucrative to both satellite operators and television programmers.