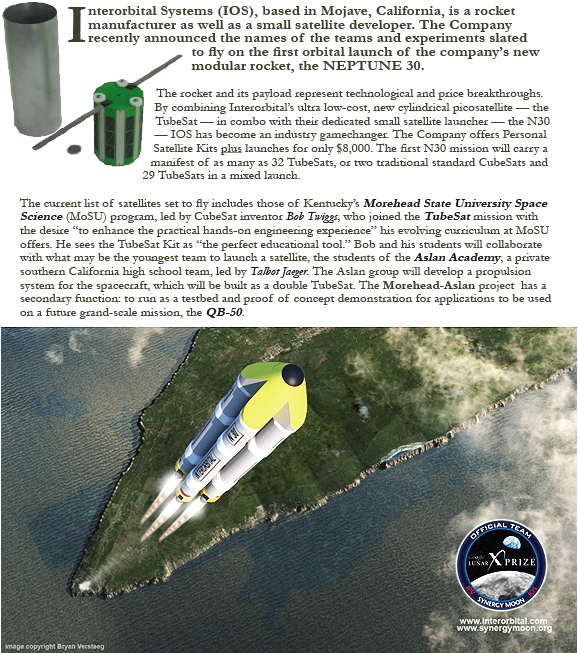 From the Arts sector comes Project Calliope, a cross-discipline music experiment described by program director Sandy Antunes as “an ionospheric detector transmitting sonifiable data back to Earth for web streaming and remixing. Conceptually, it’s a musical instrument in space, played by space rather than just after-the-fact sonified.  We like the idea of flying something in space whose purpose is to make music until it dies — music from science.” 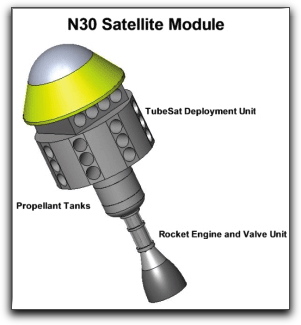 The InterAmerican University of Puerto Rico’s orbital experiment, led by Dr. Hien Vo, will represent the first group from a U.S. Territory to launch a science payload using the new TubeSat form-factor. The University of California Irvine’s UCISAT-1 project, managed by students Allen Giragosian and Anahita Sidhwa, signed on as the first CubeSat in the mix. The primary mission objective of UCISAT-1 is to capture images of Earth and transmit them to the K6UCI ground station located on campus. The secondary mission objective is to record and transmit angular velocity data taken from UCISAT-1’s passive inertial sensor. 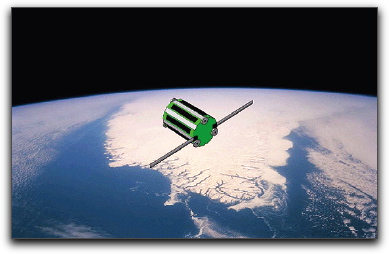 The most recent addition to the luminaries flying on the N30’s maiden voyage includes the Naval Postgraduate School. NPS has signed on for three TubeSat orbital launches and two test flights. Principal Investigator Dr. Alex Bordetsky commented, “We plan to use TubeSats as ad hoc orbital nodes in the TNT (Tactical Network Topology) testbed experiments, to forward tagging and tracking data globally. These small satellites are perfect for use in testbed development.”

NPS has also signed on for two of the N30’s CPM (Common Propulsion Module) low-altitude test flights, joining Morehead State as IOS’ first suborbital payload customers. The first launch (scheduled for the end of February) will test equipment and telemetry. During the second launch in May, another CPM — the basic building block of the 5-module NEPTUNE 30 orbital rocket — and TubeSat hardware will play an active role in a worldwide Maritime Interdiction exercise involving NPS and Lawrence Livermore National Laboratory as leads, with partners including the Homeland Security Office of Science and Technology, and USOCCOM. IOS’ TubeSat platform will perform an important task in data forwarding — a precursor to the picosat’s future role as the orbital component in a complex realtime communication web.

In addition to those already signed on, 20 additional experimental teams have reserved payload space with sales pending (satellites are added to the manifest only after full payment is made). The NEPTUNE 30 was originally designed to launch a 32-TubeSat payload, or 15 CubeSats, but the customer base began to demand CubeSat launches and double or triple TubeSat placement. To keep the costs at affordable, academically accessible levels, no more than four Cubesats will be flown on the specially priced academic launches, leaving space for 26 TubeSats to launch at the original $8,000 rate. The base price per standard TubeSat Kit, including launch, is $8,000. The cost per Cubesat launch (no kit) on a mixed manifest flight is $12,500. The price per satellite aboard an all-CubeSat NEPTUNE 30 launch will be $18,000. 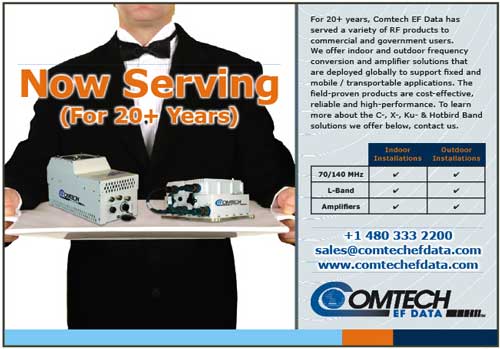 Four low-altitude (15km/10mi) suborbital test launches of the NEPTUNE 30 components are scheduled throughout 2010 prior to the first orbital launch. The first three pre-orbital testflights will evaluate the performance of a single CPM and related launch systems. The last testflight will be conducted with an all-up 5-CPM NEPTUNE 30. Payload space is still available for all suborbital flights on the NEPTUNE CPM launches. Prices start at a minimum of $500/kg.

The Technology
Two technologies make Interorbital Systems' low-cost space program possible: the TubeSat and the NEPTUNE 30 Modular Rocket, both developed in-house. After studying the small satellite market for the last two years, and seeing the need for low-cost alternatives to existing small sat sources and launch options, IOS invented the TubeSat Personal Satellite (PS) Kit and offered it to the space community with a launch to orbit on the IOS NEPTUNE 30 rocket at the combined price of $8,000. Interorbital’s co-founder and CEO Randa Milliron commented, “Starting now, private ownership of a piece of space real estate is possible — and at an irresistibly affordable cost. Planet Earth has just entered the age of the Personal Satellite.”

With its low cost and flexibility of use, the TubeSat Personal Satellite Kit offers endless possibilities. What exactly can one do with one’s own spacecraft? For the general public, it’s an opportunity to send a loved-one’s ashes or mementos to orbit in a tiny private mausoleum. For tekkies, artists, scientists, or hobbyists, this is a chance to broadcast personal messages from space, track migrating animals, photograph and chronicle climate change, conduct sustained zero-G science, send private email, play a new musical release from orbit, study cosmic ray activity, space-qualify hardware, or advertise a product, company, or cause — all from one’s own orbiting platform that is tearing through space at over 17,500 miles-per-hour.

“The TubeSat was originally designed as an academic program, made for the scientific community as a way of actually flying the backlog of hundreds of small satellites that were gathering dust on lab shelves for lack of a launch. I designed the satellite, and its 32-pack deployment system in the same way I designed the rocket that launches the TubeSats — by achieving ultra low cost through a radical simplification of systems. The TubeSat program could not be possible without the NEPTUNE 30 Rocket.” IOS co-founder, President, and Chief Technology Officer, Roderick Milliron, stated. “It’s the NEPTUNE 30 and the use of identical modules that make this type of low-cost rocket manufacturing and affordable satellite launch possible.”

The basic building block of the NEPTUNE Modular Series rockets is the Common Propulsion Module (CPM). A single Common Propulsion Module’s primary components include an oxidizer and fuel tank, a pair of propellant valves, a choice of two liquid rocket engines, and a secondary fluid injection roll and ACS system. The length of the CPM propellant tanks is varied according to the launch application.

By clustering the CPMs, several launch vehicles can be configured for specific space mission requirements. The most basic cluster, consisting of five (5) Common Propulsion Modules, is designated the NEPTUNE 30. The number 30 is the mass in kilograms the launch vehicle can place in a 192.2-mile (310-km) polar orbit. Other configurations include the NEPTUNE 1000 with 33 CPMs and the NEPTUNE 4000 with 84 CPMs.

Two production models of engine are used in the NEPTUNE launchers: a Booster Rocket Engine and an Altitude Rocket Engine. These bipropellant liquid rocket engines are designed, manufactured, and tested in-house at IOS, and are the result of a 14-year private-sector research and development program.

Orbital Tourism and Lunar Missions
As the common-unit rocket system is so flexible, launch vehicles for more demanding missions can be easily customized and enhanced by adding additional identical modules. The 33-module NEPTUNE 1000 is designed to place a 132-pound (60-kg) payload on the surface of the Moon or a 200-pound (91-kg) payload into Lunar Orbit.

Interorbital Systems is also the launch provider for its Google Lunar X PRIZE Team SYNERGY MOON, using the N1000 as its Moon rocket. The Stage-Four CPM of the NEPTUNE 1000 is the rocket’s Translunar Injection Stage. Following the GLXP flight, IOS plans to conduct a number of Lunar Sample Return Missions. Pre-sales of Lunar Material are already in progress. 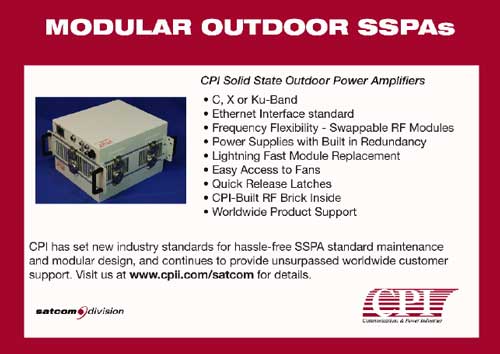 The NEPTUNE-series rockets will carry IOS’ orbital tourists on true spaceflight adventures consisting of long-term orbital experience. The NEPTUNE 1000’s two-person Crew Module is designed to carry two orbital explorers into Low-Earth-Orbit. It is equipped to stay in orbit for a little more than half-a-day or eight orbits. Safety features include a launch escape tower.

The Crew Module will be launched into a self-decaying orbit for assured reentry. Two test pilots, Miroslav Ambrus-Kis and Nebojsa Stanojevic, members of the SYNERGY MOON GLXP Team, will fly on the rocket from IOS’ private spaceport in the South Pacific Kingdom of Tonga in 2011. The cost will be $800,000 per astronaut (a maximum of two in number). The base cost for a single customer will be $1,600,000. For space tourism or cargo purposes, launch costs will vary according to the orbital mission vehicle configuration. 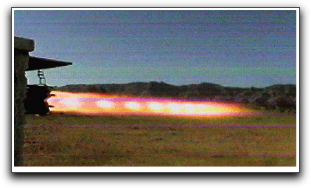 The NEPTUNE 4000 is an orbital tourism rocket with a six-crew member capsule designed for LEO expeditions lasting up to seven days. These flights are scheduled to begin in 2012 at a cost of $5 million per ticket, or for a limited time, at $250,000 for each of eight remaining ‘Free Tickets to Space’ promotional fare tickets. Tim Pennington Reed purchased IOS’ first multiple-day orbital flight ticket. Another customer has placed a deposit on the second ticket for the N4000’s maiden voyage.

Only through complete vertical integration could a Commercial Space program such as Interorbital Systems’ exist. It hinges upon three mutually dependent factors: the creation of rocket engines and launch vehicles evolved and constructed via radical simplification of systems; operating independently at a private spaceport (either land or sea-based); and offering the world’s lowest-cost satellite and launch package. 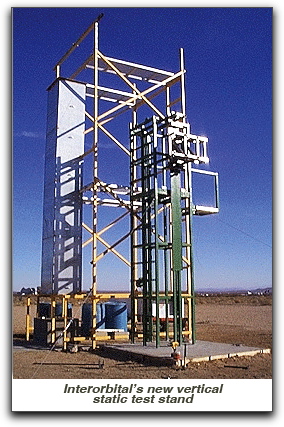 TubeSats and NEPTUNE 30 launchers open space to everyone. Public and private-sector space enthusiasts can now seize these new tools that Interorbital Systems has made available to them — to access space, and to do such affordably.

About Interorbital Systems (IOS)
The Company is located at the Mojave Airport and Spaceport in Mojave, California. The company carries out its operations at facilities consisting of a 6,000-square-foot office and manufacturing center, and two private rocket engine test sites. IOS conducts test launches at the Mojave Test Area (MTA) in the desert North of Mojave and at Delamar Dry Lake in Nevada, where it is authorized by the FAA to launch rockets to a maximum altitude of 10 miles — ideal for flight-testing hardware. The Mojave Airport and Spaceport offers easy aircraft access for business and general use. For more info, email ios@interorbital.com