Great moves are afoot in Australia — the Defence market for the first time in many years is optimistic and expansive, undergoing a massive rebuild of industry capability; the establishment of an Australian Space Agency has recently been announced; and the economy has continued its growth for a record-breaking period edging close to nearly three decades. These augur well for more Firsts. 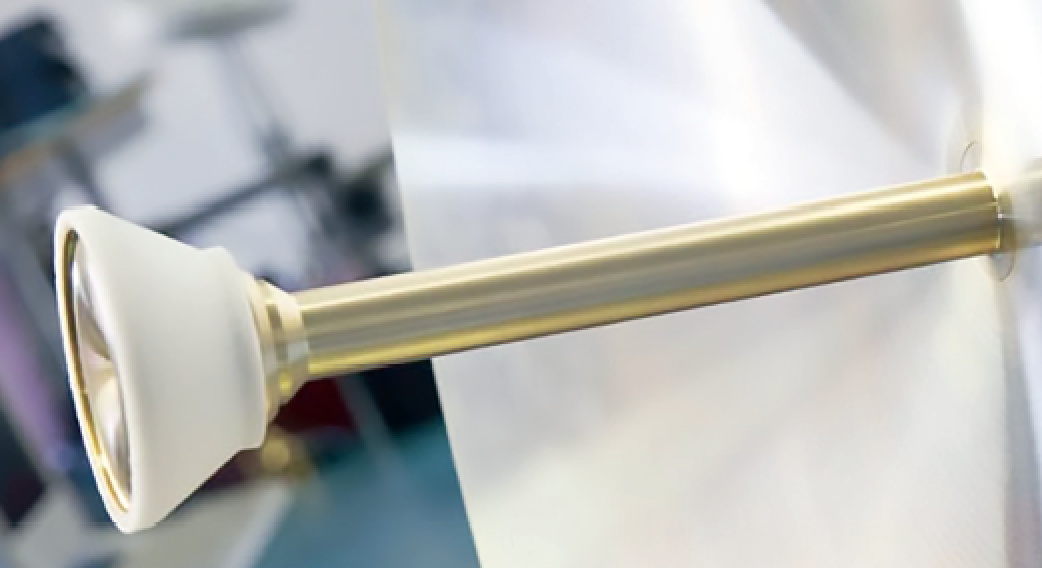 A dry continent with huge expanses between urban centers is a great environment for radio communications and people on the move. This dependence on radio communications has already spawned a number of Firsts in Australia by local satellite ground terminal provider EM Solutions.

Celebrating 20 years of continuous operations this year, the company began by designing and manufacturing microwave components such as filters, low phase noise oscillators, and power amplifiers. However, EM Solutions recognized earlier than most the promise of Ka-band satellite communications to provide high throughput links.

The company began to specialize in robust and powerful block up converters (BUCs) and low noise block down converters (LNBs), which EM Solutions has continued to innovate with the introduction of GaN devices and broadband power combining techniques for high power amplification. 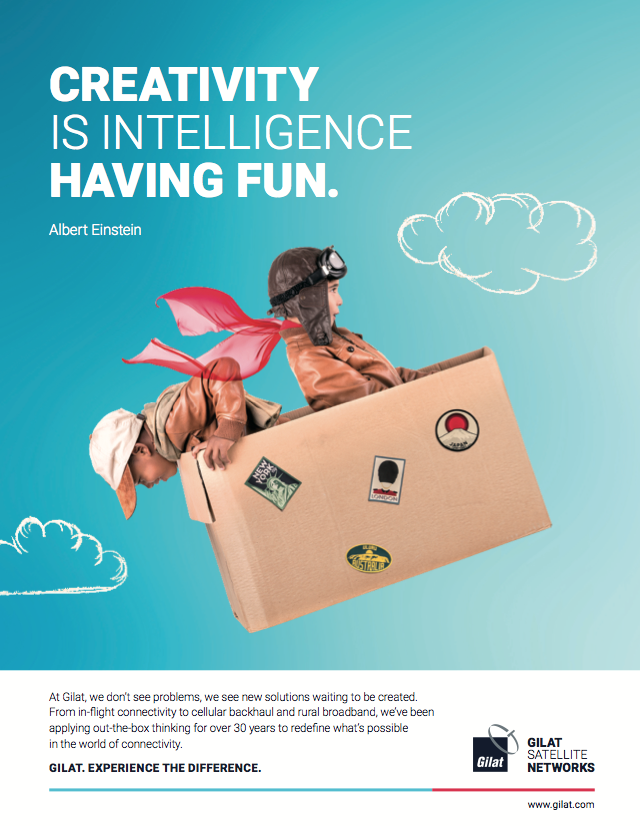 Today, the firm’s BUCs and LNBs are leaders at the premium end of the market for their size and the power levels over the Ka-band bandwidths in which they operate.

Seeking to differentiate itself in an increasingly crowded market, the company continued to move up the value chain and soon developed a unique on-the-move satellite ground terminal that was characterized by its ability to stabilize itself and point to the satellite even under the most violent motion conditions. That terminal used a clever ‘monopulse’ technique to generate a pointing vector from the satellite signal itself.

Unlike existing systems that measured only the amplitude (signal strength) of the incoming signal and was dependent for this upon delayed feedback from the modem, the EM Solutions pointing and tracking system directly measured both relative amplitude and phase of a so-called TE21 mode in its special antenna feed, which gave a very precise indication of not only the distance the feed needed to be turned to return to boresight, but also the direction in which to travel.

Because it did not rely on a one-dimensional amplitude-only feedback signal from the modem that was also affected by scintillation and fading, the resulting terminal proved much better at acquiring and tracking the satellite than others. As a result, the new EM Solutions on-the-move (OTM) Taipan terminal (shown in Figure 1 on the next page) has begun to displace an installed base of competitor land mobile terminals that fail to acquire or retain the satellite under even the simplest of maneuvers, such as sharp figure-of-eight turns, or after intermittent signal blockage. Its use of a three axis gimbal system is also beneficial in areas with a high satellite look angle, since that avoids the keyhole effect and the slow response of the azimuth axis on its own to maintain accurate pointing.

The Taipan has recently been improved to operate in commercial and military Ka-bands, offering unprecedented availability and redundancy in mission critical application. This required the development of a new BUC and LNB architecture that could support dual-band operation, but also a more complex feed system – one that passed not only the broader bandwidth signal itself, but also generated the more complex TE21 signal required for tracking both bands as well.

The same tracking technology advances used in the Taipan have been ported to its larger sibling, the Cobra tri-band maritime terminal (Figure 2 on the next page). Even better, the Cobra also features simultaneous X-band capability, so that the terminal can provide both military X- and Ka-band communications simultaneously. 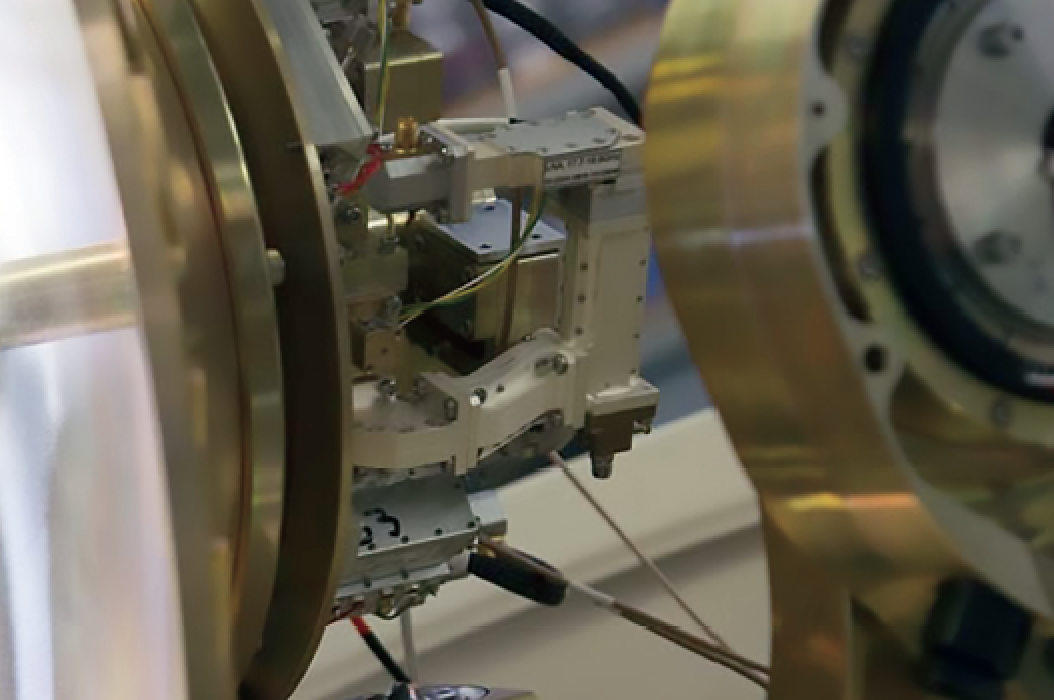 Not only has this new innovation further increased redundancy, since a second transmit and receive chain have been added to manage X-band communications in addition to Ka-band, it has increased system capacity since it allows simultaneous usage in both bands, and provides protection against weather related impacts that can occur at the higher frequency Ka-band.

With the massive shipbuilding program being undertaken by the Australian Navy, demand for the Cobra terminal is strong, and moves are underway to increase its antenna to 2 meters in size, to better suit the larger classes of ships in the pipeline.

EM Solution’s 0.65 meter amphibious Salamander terminal is the most recent SATCOM First to come out of the Australian region. For the first time, in a single, small and lightweight high performance terminal, true broadband communications can be provided with increased availability in both maritime and land environments.

Currently available at Ku-band for deployment by an army in Asia, the Salamander form factor is suitable for use on either land mobile or below-the-horizon maritime operations.

Again deploying proprietary monopulse pointing technology, the Salamander has been proven by customers to track both off-road and on small boats in choppy seas, where it has displaced other OTM systems whose claims have not lived up to their promise. Ka-band and X-band variants are currently under development and will be available in late 2018.

However, one of most exciting innovations EM Solutions has pursued in the past year is the firm’s flat panel antenna. The company’s existing parabolic shaped antennas sweep a large hemispherical volume when they steer to the satellite, making them unsuitable when height or profile is of concern. Even though flat panels lose gain and performance as the look angle to the satellite angle moves off-normal, sometimes this is an acceptable compromise to achieve low profile. 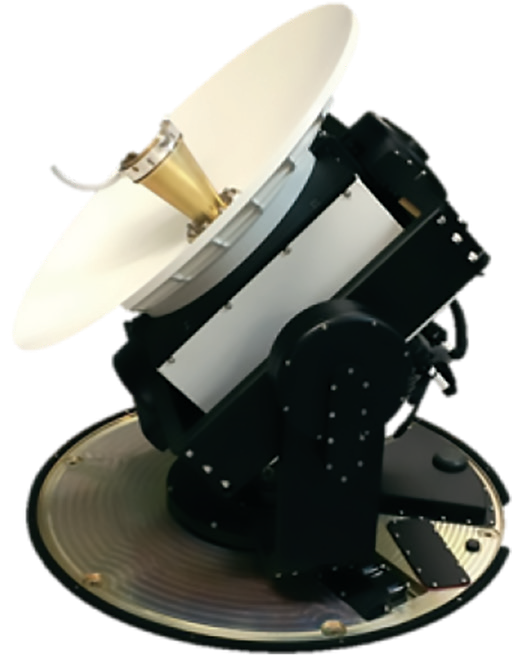 After two years of research, the EM Solutions team, working with University of Queensland researchers, has developed a completely novel antenna that is low cost, low profile, broadband, and can steer on-the-move.  The antenna is based on creating a reconfigurable antenna impedance surface that forms and steers a beam in the same way that an optical holograph is produced.

The antenna itself is low cost as it is made only of passive materials, meeting the antenna pattern specifications required for satellite operator certification by careful control of sidelobes. It is reconfigurable — i.e., the beam can be steered continuously, relatively simply and quickly by changing the impedance surface, using mechanical motion only in the plane of the flat panel (so the antenna remains flat).

Finally, the antenna incorporates monopulse sensors within the antenna, which can be used for beam steering in a control loop similar to EM Solutions’ other terminals. These features differentiate the EM Solutions antenna from phased array solutions (which are costly and digital and thus non-continuous in their beam steering) or meta-material proposals (which are inherently resonant thus narrowband, potentially limiting the operating frequency/band and inhibiting high data rates). 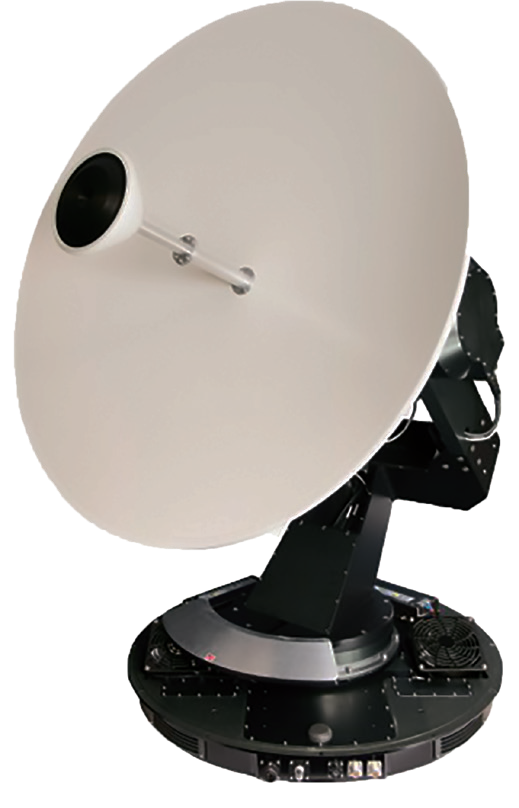 During the coming year, EM Solutions is packaging this new antenna into a low profile Ka-band on-the-move terminal, suitable for land mobile or UAV applications. As EM Solutions manufactures its own BUCs, LNBs, and RF subsystems, the company has complete control over the RF and electronic features of the terminal, which will also be completely flat and thin.

The company’s BUCs are already being used by major systems integrators around the world to work in an airborne atmosphere and offer multi-band communications.

A dry and rugged sunburnt country like Australia is a great proving ground for radio innovations. Adopted by the Australian Border Force and the Royal Australian Navy, EM Solutions’ satellite terminals are increasingly being used for high reliability and mission critical applications around the world. Look south for more Firsts...
www.emsolutions.com.au/

Dr. Rowan Gilmore is CEO of EM Solutions, a Brisbane-based technology developer and producer of innovative microwave radio and on-the-move satellite radio products used in broadband communications networks. EM Solutions is the 2016 winner of the Brisbane Lord Mayor’s Business Awards for Innovation, and its products are in use by customers as diverse as the New York Stock Exchange and the Royal Australian Navy. 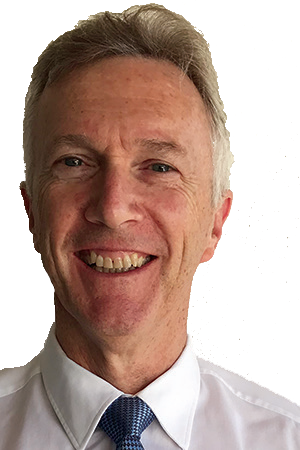 He was previously CEO of the Australian Institute for Commercialization, where he helped numerous start-up companies and worked to accelerate technology transfer between research institutions and industry.

He has 35 years of experience in the ICT industry and spent more than a decade in the U.S. and later in Europe as Vice President of Network Services for the airline IT company SITA, now France Telecom’s Orange subsidiary, and in Sydney with Telstra International. 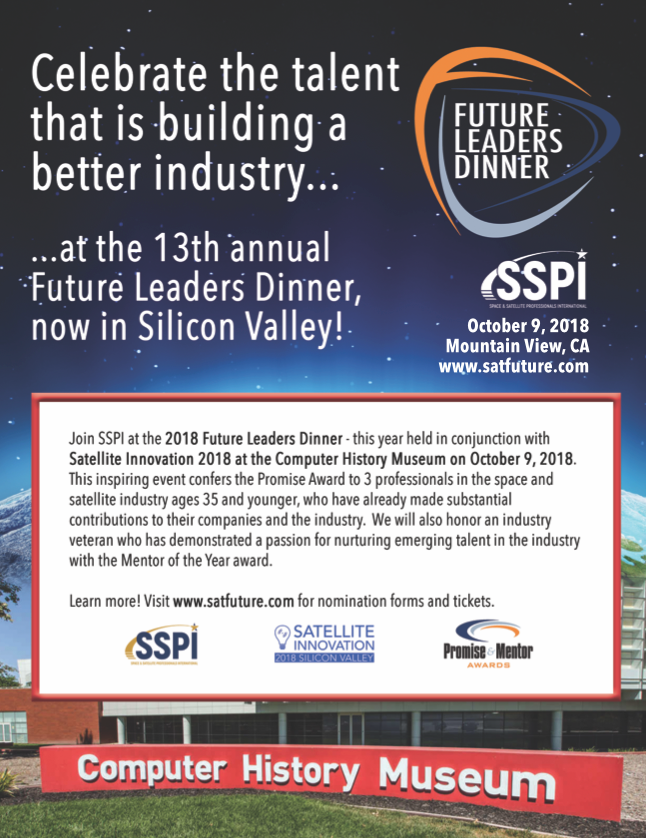