For seven hours each day, an SSL-built satellite that was launched 37 years ago continues to provide a communications lifeline to researchers at the South Pole. 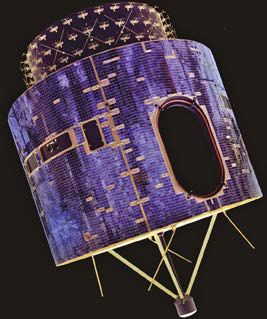 The GOES-3 satellite. Image is courtesy of SSL.

GOES-3 is SSL’s longest surviving spacecraft that remains in service, and one of the oldest functioning satellites still on orbit. Manufacturing was completed in 1978 by Ford Aerospace, which in 1990 became Space Systems/Loral, and subsequently became what we know as SSL today.

GOES-3 is one of a series of weather satellites that SSL built under a contract with NASA for the National Oceanic and Atmospheric Administration (NOAA). The GOES-3 mission started when the satellite was successfully launched into geostationary orbit on June 17th, 1978 aboard a Delta 2914 rocket (pictured with GOES-3 on board) from the Cape Canaveral Air Force Base in Florida.

According to NASA, “the satellite had the capability to continuously monitor cataclysmic weather events such as hurricanes and typhoons, relay meteorological data from over 10,000 surface locations into a central processing center for incorporation into numerical weather prediction models and to perform facsimile transmission of processed images and weather maps to WEFAX field stations.” 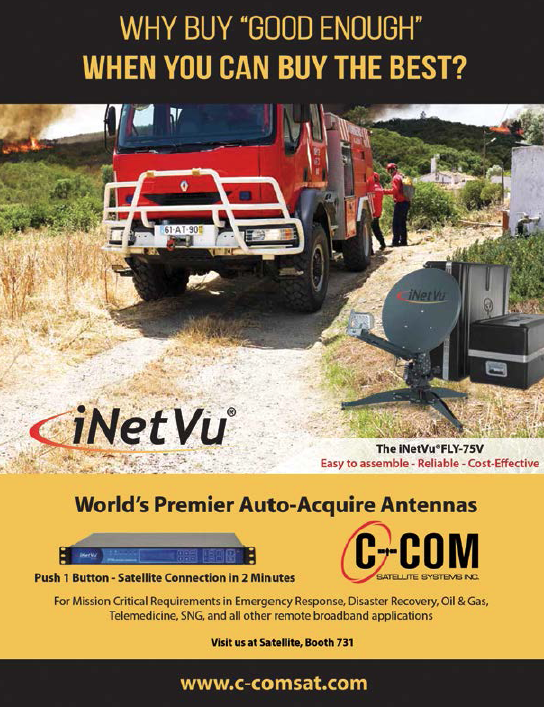 Built for a five year mission, GOES-3 served this purpose for 11 years, more than twice the satellite’s contracted life. At the end of this time in 1988, the satellite was scheduled for decommission. That was, until GOES-3 was noticed by an on-going University of Hawaii program called PEACESAT, which successfully negotiated the use of the satellite in 1988 and repurposed it as a communications satellite for their program, which aimed to bridge the digital divide in the Pacific Rim
and Basin.

In 1991, four years after GOES-3 started its life as a communication satellite, PEACESAT relinquished their use of the satellite and allowed NOAA to repurpose it for use by the National Science Foundation (NSF). The NSF is an independent federal agency that supports fundamental research and education across all fields of science and engineering and is the U.S. government agency responsible for operation of the United States Antarctic Program (USAP).

NOAA allowed the satellite to drift to a location at 105 degrees West in order for the University of Miami in Florida to provide telemetry and command and teleport services for the NSF. The satellite still operates in this configuration today.

According to Patrick Smith, Communications Manager for the NSF Division of Polar Programs and a 35 year veteran of Antarctic operations,
“GOES-3 belongs to a very rare class of operational geostationary satellite that has had its orbit maintenance station keeping terminated for a significant period of time, allowing the satellite’s orbit plane inclination with respect to the Earth’s equatorial plane to continuously drift to higher and higher angles. This results in the satellite becoming visible for a period of time each day when the satellite is in the portion of its orbit that is inclined below the equator.” 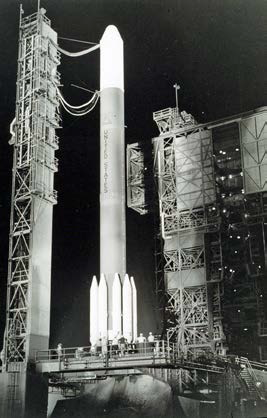 GOES-C on a Delta 2914 before launch. Image is courtesy of NOAA.

GOES-3 uses spin stabilization for attitude control, which requires almost no fuel for maintaining satellite orientation relative to the Earth, and its electronics sub-system is simple and rugged. Although GOES-3 was originally designed and equipped as a weather satellite, Smith explains that communication is made possible “by the use of the S-Band to L-Band translator on the satellite that was originally intended for the broadcast of processed GOES-3 Visible and Infrared Spin Scan Radiometer (VISSR) imagery processed on the ground and rebroadcast to end-users.”

During its time as a communications satellite, GOES-3 changed hands multiple times and served a range of missions that included public service telecommunications, and atmospheric research. Today, GOES-3 is one of three satellites which provides Internet Protocol (IP) communication capabilities for the Amundsen-Scott South Pole Station in Antarctica. 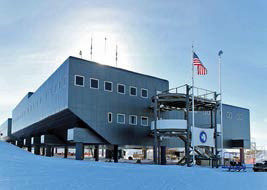 GOES-3 is accessible in a seven hour window each day, during which the South Pole team uses it for daily, dependable IP communication services. These services become especially important during the winter when the isolated research team is enshrouded in darkness.

The South Pole Telescope, which is managed by an international research collaboration led by the University of Chicago, measures 75 feet tall, weighs 280 tons, and is used to explore dark energy, the phenomenon that may be causing the expansion of the universe to accelerate. 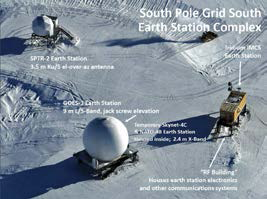 Image is courtesy of the National Science Foundation.

The second large-scale experiment, The IceCube Neutrino Observatory, is the world’s largest neutrino detector, encompassing a cubic kilometer of Antarctic ice under the Pole.

The observatory is used to search for massless subatomic particles (neutrinos) from the most violent astrophysical sources, such as exploding stars, gamma-ray bursts, and cataclysmic phenomena involving black holes and neutron stars. Internet connectivity over GOES-3 helps the University of Wisconsin lead international collaboration to remotely manage and operate the IceCube array.

The SSL-built GOES-3 has been used as a weather satellite, an instrument for university-level atmospheric research, a telecommunications relay, and is now being used as a communications lifeline for the important research taking place at the South Pole. As one of the world’s leading providers of satellites and spacecraft systems, SSL treasures the value that GOES-3 has brought to the world.

Today’s SSL satellites are generally contracted to provide service for 15 years, but many will follow in GOES-3’s footsteps to provide reliable service well beyond their expected lives.
sslmda.com/ 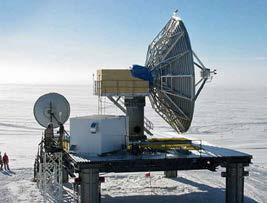 9 meter GOES-3 Earth station, prior to enclosure under a radome, circa 2002. The smaller, parabolic antenna to the left on the platform is a 10 foot, fixed, pointed antenna to serve as a contingency backup to the motorized 9 meter antenna. Photo is courtesy of the National Science Foundation

Prior to joining SSL, Mr. Bernstein was at TRW, Space & Defense (now Northrop Grumman AS) where he was primarily involved in space communication payloads for U.S. Government programs. Starting as a communication systems analyst he held a number of increasingly responsible positions including Program manager for Government Payload programs and director of Communications Systems Engineering. 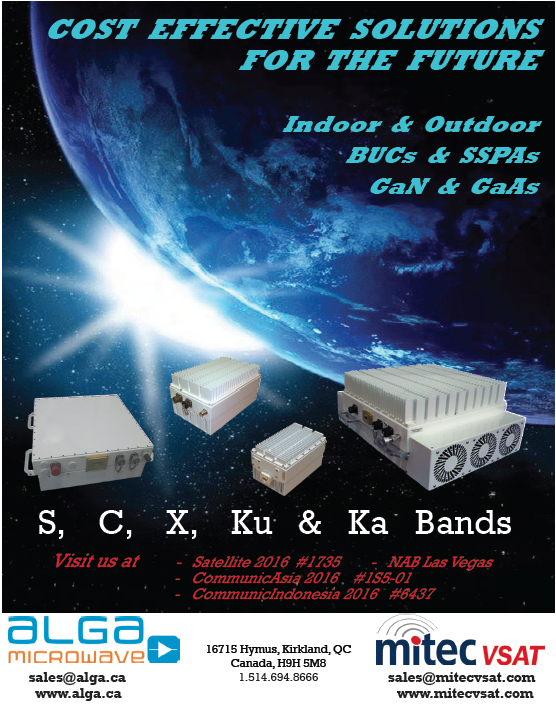