One hundred and four years ago, the HMS Titanic embarked on an historic first—and last—voyage. 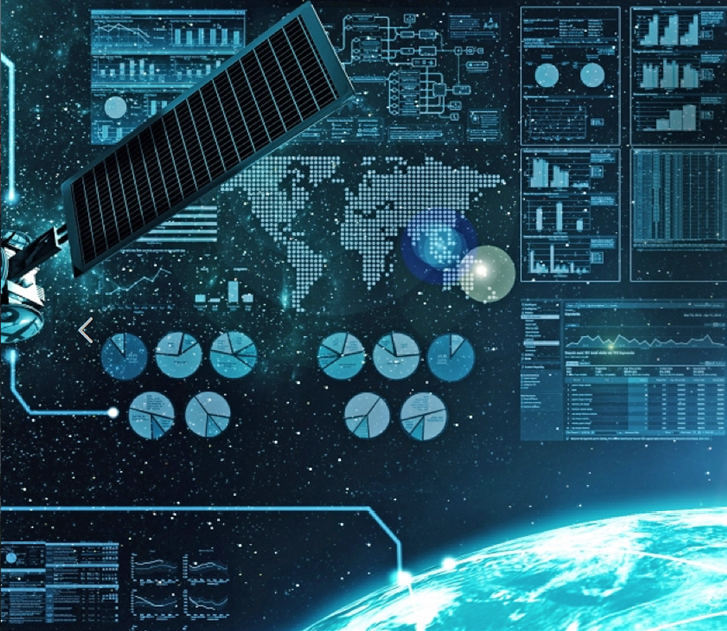 While the iceberg is generally blamed for the disaster, at least some of the guilt can be attributed to outdated communication equipment that was improperly used. As Bill Kovarik explains in “Revolutions in Communication,” approximately 15 minutes prior to impact, the ship’s radio operator was catching up on sending a backlog of passenger telegrams when a radio call was transmitted with an ice warning.

According to Kovarik, “Technically, the problem with the Titanic’s radio telegraph system was that Marconi’s ‘spark’ system soaked up virtually all of the frequency bandwidth and created interference for all other ships within signaling distance.” The ice warning was lost. The rest of the story is well known.

Today, ships are safer and communication technologies have improved by leaps and bounds. However, two elements have not changed since the Titanic disaster: Lives and livelihood still depend on reliable communication and weather and man-made obstacles can still foul up even the most cutting edge technology. Whether the satellite technology is used for saving lives or providing valuable communication and broadcast services, the overall communication success is subject to the ability to mitigate the impact of RFI (Radio Frequency Interference) on satellite transmissions. 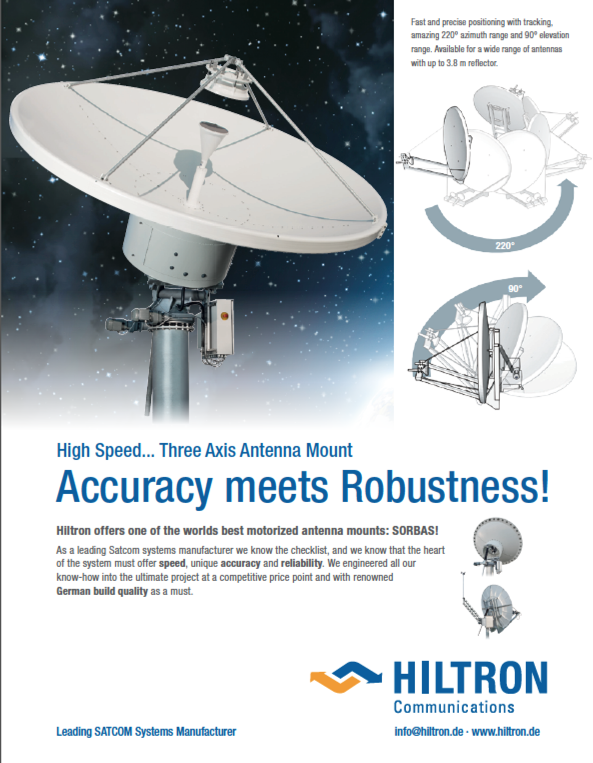 A Growing Problem
RFI is a growing problem for the businesses and organizations who rely on satellite transmission. RFI reduces bandwidth efficiency and can lead to service degradation, which can endanger reputations and customer relationships. This trend is expected to expand in coming years as a result of reduced orbital spacing, with more and more launches (including the LEO and MEO constellations that have barely started to fill the skies). Even if an RFI incident has not been experienced recently, the chances of transmissions being affected grow almost daily.

Broadcasters are especially sensitive to RFI incidents during live transmissions, such as major global sporting events with millions of viewers and hours on end of live transmissions at high resolutions up to 4K. In addition to the costly reduction in bandwidth efficiency that RFI can cause for any satellite user, interruptions during these widely viewed events can lead to significant penalties for broadcasters who hold valuable transmission rights.

Mitigating an RFI incident is not necessarily simple. Before knowing how to reduce the effects of RFI, the nature of the RFI and the location of the source must be known. This can be quite complicated and resource-consuming.

In some cases, RFI cannot be mitigated at all. That results in dead-capacity, where the satellite frequency band is abandoned. There are also global interference events where RFI impacts the satellite as well as the entire beam. As satellite operators are usually responsible for global RFI, this is the type of RFI has the most statistical data collected for cataloging the problems. The major sources of RFI are unwanted-carrier, X-Pol and Adjacent Satellite Interference (ASI).

Unintentional RFI
Other types of unintentional interference, however, are somewhat random in nature and are often only reported internally or to equipment vendors when a satellite user needs mitigation assistance. Unintentional RFI can be caused by incorrect operation of SNG (Satellite News Gathering) or VSAT terminals or equipment malfunction. To help reduce unintentional RFI incidents, there is an ongoing effort in the satellite industry to certify equipment in a more comprehensive way and to develop and implement operator training programs.

Jamming
In addition to unintentional RFI, intentional jamming incidents, while rare, are increasing around the globe, and in particular in the more volatile regions of the world. The bulk of these incidents are related to highly visible events and political conflicts.

These are especially hard to mitigate in a timely manner, due to the lack of cooperation from the jammer. In a well-known example of intentional jamming in October of 2012, the reports was that forces in the Syrian government were believed to have joined Iran in jamming the satellite frequencies of international broadcasters. The targeted jamming cut off radio and television feeds from broadcasters that included the BBC, Deutsche Welle, France 24, and the Voice of America.

What Can Be Done?
In addition to the sources of RFI already mentioned, there are also many local interference types, such as LTE and cellular signals, that can impact signals at a receiving Earth Stations. Regardless of the source and type of RFI, clearly, there is no way to stop radio waves from entering into a field of operation.

What can be done? Depending upon the source and severity of the interference, different approaches are used to mitigate the impact of RFI on satellite services and their performance.

When service is interrupted by severe global interference caused by unwanted carriers, such as VSAT, radar, and so on, the first course of action for the satellite operator is to shift the service to an alternative frequency and to then locate the source to try to eliminate the RFI at the point of origin. This is difficult and not always possible. 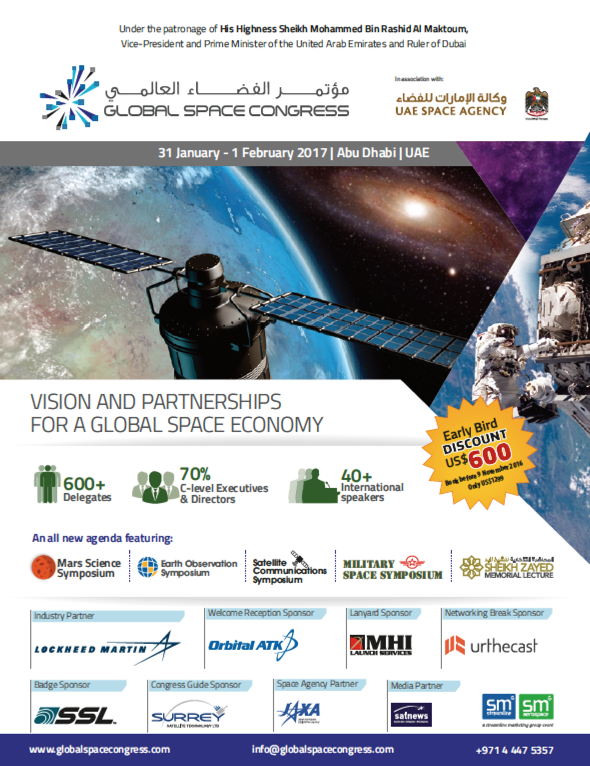 To locate the source of RFI, the operator can use geolocation methods, requiring coordination between adjacent satellite operators and access to expensive tools. Convincing those responsible for the RFI to cease their activity can also be a challenge, especially in certain parts of the world.

Carrier ID—A Good Start
DVB-CID is a new standard, developed by industry consortium Satellite Interference Reduction Group (IRG) that has been embraced by many satellite equipment vendors and is now mandatory for all mobile satellite stations (DSNGs) in the US.

New modulators equipped with the standard encode a Carrier-ID (CID) containing contact information for the service’s operator, into the satellite transmission signal. This simplifies and speeds up the process of finding the source of interference.

However, the CID standard is useful only for new services and specific types of RFI. While CID is an important step in the correct direction, this is just one piece of the puzzle.

What Else Can Be Done?
RFI impact can also be lessened by reducing transponder gain, which also reduces RFI signal power. This process, while often effective, is problematic and cannot be used in many cases, due to link-budget limitations.

Instead, local interference is usually handled by moving or protecting the receiver antenna or, if the RFI is not on the exact service frequency, by adding a band-pass filter. Unfortunately, the downside to these methods is that they are resource-intensive and can lead to major breakdowns in service delivery.

Fortunately, new innovative technologies have been developed in recent years to help combat RFI: Robust interference mitigation receivers include advanced receive algorithms to cancel interference. As there are many types of RFI, each with distinctive characteristics, no single receiver algorithm is applicable. For example, mitigating CW RFI is completely different from canceling Radar RFI. Therefore, a set of advanced mitigation algorithms and detection mechanisms are needed to be able to handle all RFI types.

Another powerful set of tools against RFI are advanced satellite transmission waveforms. These new waveforms have built-in mechanisms to further increase resilience to interference, as well as other signal-disrupting impediments such as phase noise and weather fluctuations.

In addition, enhanced RFI analysis tools can be embedded in the satellite terminal to enable satellite users to identify RFI incidents in real-time. This is mainly useful for local interference sources which are not visible to the main teleport or broadcast hub. These technologies enable satellite service providers to continue high-quality transmission even while various types of RFI are present.

The Tip Of The Iceberg
There is no question satellite RFI incidents will continue to grow, potentially causing a major impact on revenue and customer satisfaction for satellite broadcasters and other service providers. On the other hand, satellite solution providers and industry groups such as IRG have developed new RFI handling technologies and continue to create new ways to mitigate the impact of interference on satellite signals.

As operators continue to launch new satellites and more services come online, these emerging methods and technologies will enable satellite users to deliver continuously reliable satellite services even when RFI appears—and that’s just the tip of the iceberg.
novelsat.com/

This article’s opening abstract image is licensed from Dreamstime.com.