On August 6, Spacecom’s AMOS-17 communication satellite soared upwards and into the firmament aboard a SpaceX Falcon-9 launch vehicle. En route to its 17°E orbital position above Africa, the satellite separated from the launcher’s second stage and, as planned, has been in constant contact with its ground station. Already the satellite’s solar panels and antennas have deployed and commercial operations will begin in a few months after extensive In Orbit Testing. 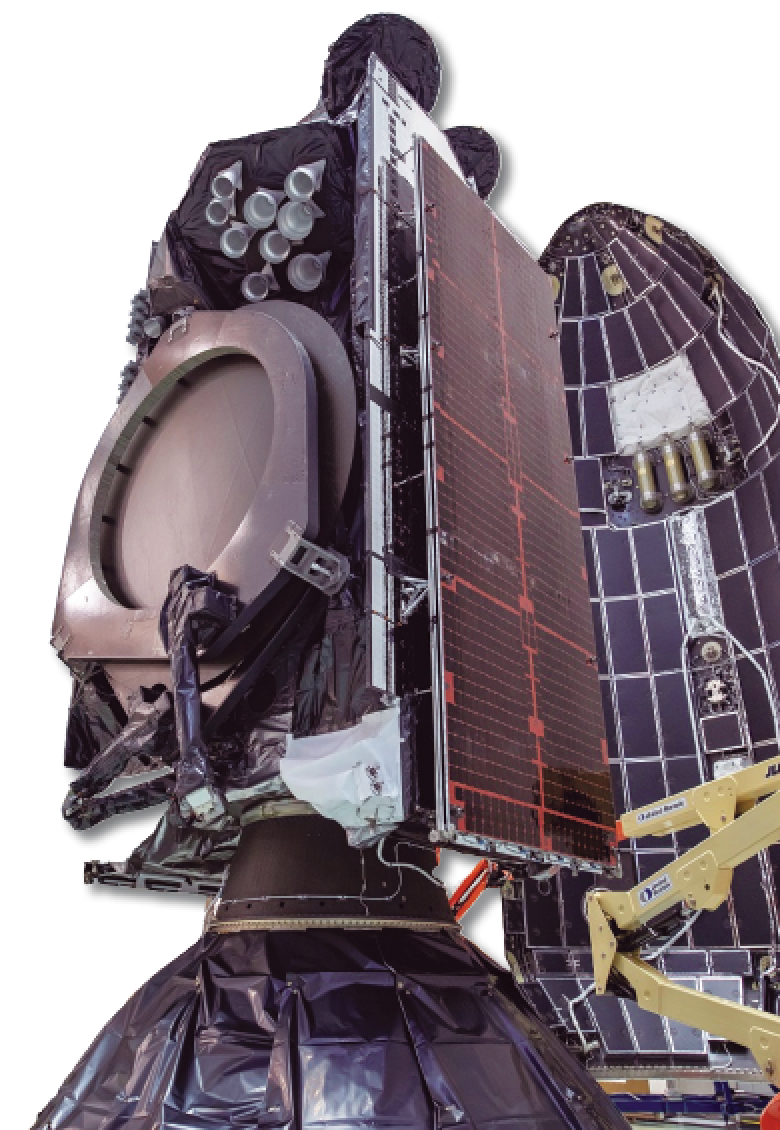 By the end of 2019, Spacecom will have four satellites, three of them providing long-term and robust services from three different orbital positions into Africa, adding value in different communication markets to various clientele. AMOS-7 at the 4°W orbital position and AMOS-4 at 65°E, already provide reliable communication solutions to the African continent, primarily to Sub-Saharan and East Africa and with AMOS-17 the company is adding more capacity, new service options and unrivaled technologies.

AMOS-17 is the most technologically advanced satellite to service Africa to date. Planned and designed by Spacecom, AMOS-17 provides extensive C-band High Throughput (HTS), Ka-band and Ku-band coverage. With the ability to combine broad regional beams and high throughput spot beams to maximize throughput and spectral efficiency from its 17°E orbital position, the satellite is truly a state-of-the-art, multi-band high-throughput satellite.

From its 17°E orbital position, the satellite can generate C-band HTS beams with a single beam needed to cover an entire country or region (instead of multiple beams that other HTS satellites may use) thereby allowing more economical use of the beam’s resources and a very cost-efficient solution for a client. 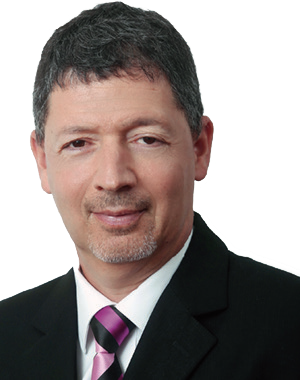 Following the successful launch of AMOS-17, Eran Shapiro, when discussing more about the new satellite, said, “In planning the satellite, Spacecom took into account the different needs of various communication services providers in Sub-Saharan Africa, tailoring it specifically for businesses and governments. Due to its 17°E orbital position over Africa, the satellite can effectively reach every area in Sub-Saharan Africa to provide services for the growing broadband, broadcast and other communication needs of Africa’s governments, communication operators, MNOs, broadcasters and cellular companies. In addition, it can tie together services to connect Africa, Europe, the Middle East, reaching as far east as India, China and other areas in Asia, and as far west as Brazil.

Constructed by Boeing Satellite Systems International using the efficient 702MP platform, the satellite is equipped with an advanced digital processor. The digital processor offers a wide variety of unique and flexible communication capabilities to enable Spacecom to provide a significant competitive advantage for customers. It supports suppression of interferences, flexible capacity allocation, and other digital processing features for improved service while all command and control channels, as well as telemetry, are encrypted for maximum security. 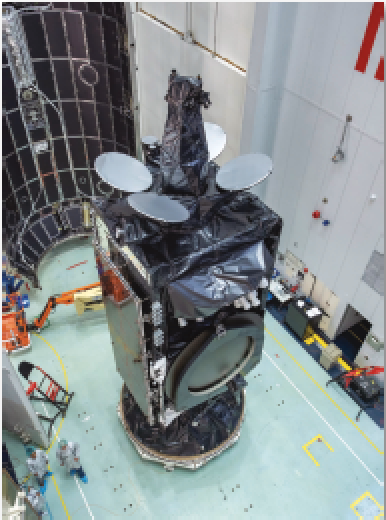 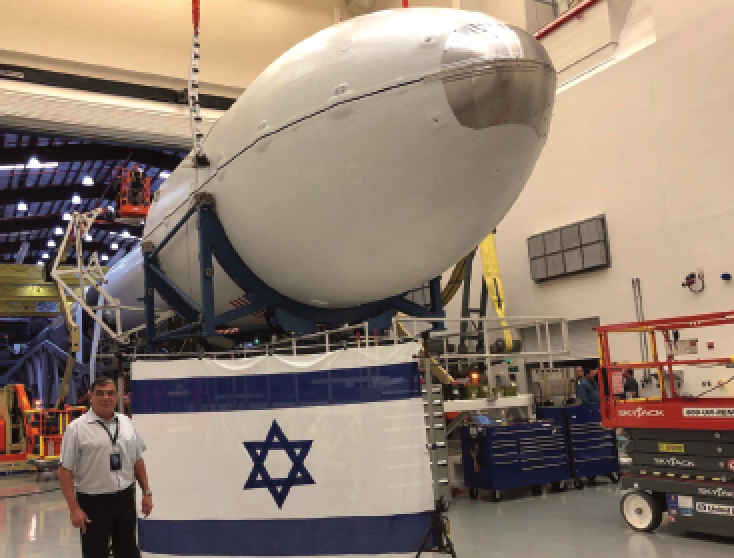 One new technology incorporated on the AMOS-17 is a “digital channelizer.” This element significantly enhances bandwidth efficiency by dividing uplink and downlink spectrum into independently routable sub-channels and providing a connection from any uplink coverage area to any downlink coverage area.

AMOS-17’s digital channelizer provides connectivity between all beams in all available bands in any combination. This means a client can use a combination of beams or can change its beam usage at any time to match all communication needs. It also enables a seamless combination of AMOS-17’s fixed and steerable beams to a comprehensive integrated solution and ensures a fast response to customers’ changing needs.

At 6.5 tons (close to half of its weight at launch was fuel), the satellite carries enough fuel for a 20 year lifetime. With the full extension of its solar panels, AMOS-17 is the length of three, full sized buses, or some 35 meters (115 feet) long. 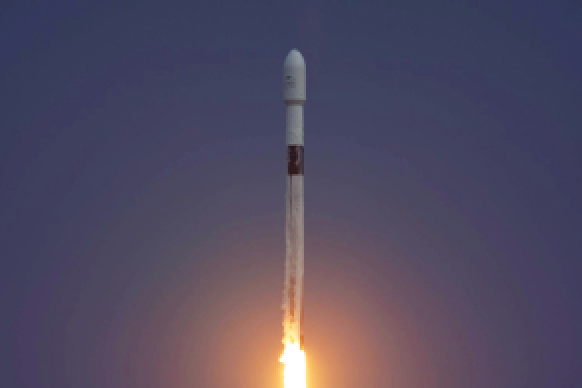 The launch of Spacecom’s AMOS-17 satellite.

Africa is a huge continent with one of the world’s fastest growing populations. Within a few years, the continent’s population is forecast to reach 1.5 billion — and it will continue rising. The number of young people under the age of 18 on the continent will be close to around half of Africa’s population. This younger population is the largest user of digital communications and as this segment of the population grows, it will need more and more capacity for its daily needs because young people are the largest users of Internet based services and applications. However, the continent still suffers from a lack of easy and economically viable internet access infrastructure.

Vast areas in Africa where a high percentage of citizens are living in rural and outlying areas are either underserved or completely not connected to any ground-based communication infrastructure. For these low-density population areas, straightforward economic justification for investing in ground telecom infrastructure projects by operators and governments is subdued. This means that even today, the digital divide between urban and rural areas is high and affects a big portion of the population.

“Here, AMOS-17’s advanced digital technologies and orbital position above the continent come to the rescue. By offering service providers the ability to bring an extensive array of services quickly, highly efficiently and at low cost to these populations, the satellite creates a new economic stimulus force that excites corporate as well as government officials seeking to better serve their outlying populations,” said Shapiro, adding that to obtain connectivity via AMOS-17, “locals can set up a simple solar-powered terminal that functions in all types of weather, and requires very little maintenance, fueling, etc. It allows customers to minimize both their initial costs (CAPEX) and on-going operational costs (OPEX). This is what really sets this satellite apart: it creates a clear and vital economic case that helps close the digital divide and generate an open path towards communication between people.”

In tandem with the new satellite, Spacecom has developed a Vertical Solutions Division targeting MNOs, governments, service providers and other commercial groups operating in the data, mobile, and video markets. Providing turnkey solutions to customers adds key competitive advantages for expanding their markets and offerings. Among advanced these solutions are: designing communication networks, deploying ground station and broadcast facilities, long-distance facility management and providing a full array of support services. With new market opportunities created by the Vertical Solutions Division, Spacecom enables customers to increase their business and expand spheres of activity with an array of top-of-the-line satellite related solutions and infrastructure. 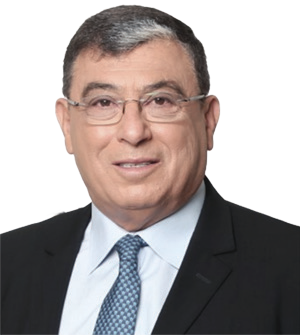 To quote Spacecom CEO David Pollack, “AMOS-17 places us directly into the exciting growth of Africa’s Sub-Saharan vibrant markets. As a leading multi-regional satellite operator, Spacecom is introducing the most technologically advanced satellite with HTS beams to service Africa where AMOS-17 will deliver a large selection of services to a variety of broadcast, broadband and telecom clients.”
www.amos-spacecom.com 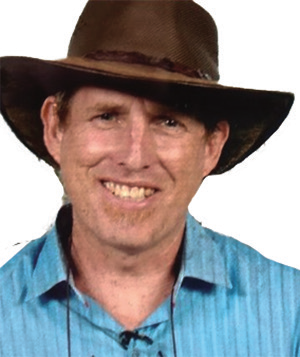 Joshua I. Shuman is a quoted expert on Israel’s space and satellite industries. Working with Israeli companies in space and satellite related industries for close to 20 years, he has helped broaden the Israeli space industry’s contacts across the globe. Josh possesses a BA from Oberlin College in Ohio.