Femap enables more accurate and comprehensive analyses of satellite mechanisms, this in spite of development cycles that have been sliced in half. 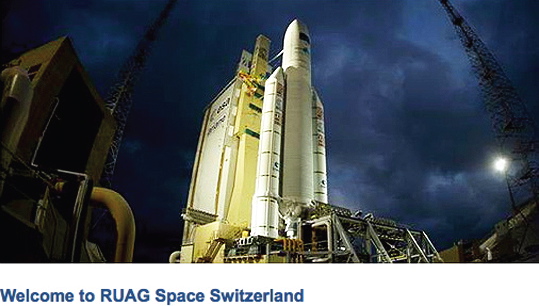 Payload separation systems keep satellites safely attached to the launch vehicle during the tough journey toward outer space. Then, at a precise moment in the launch sequence, these systems activate to deliver the highly valuable cargo (the satellite) into the desired orbit with the correct amount of velocity, roll, and spin.

RUAG Aerospace Sweden is the commercial market-leading supplier of payload separation systems, with a history encompassing more than 400 in-orbit separations — all of them successful. These systems, along with the adapter structures that connect the launcher with the satellite, are designed and built at the RUAG Aerospace Sweden Mechanical Products Division in Linköping, which is about 200 kilometers south of Stockholm in Sweden.

Three Months For New Designs
As separation systems and adapter structures are some of the last equipment to be built, there is pressure on the team at Linköping to work very quickly. In fact, over the last decade, the cycle times for its products have dropped significantly.

“The majority of that time is spent in manufacturing, which means that today we have about three months to design a new separation system. This is very fast,” explains Leif Håkansson, head of engineering in the Mechanical Products Division.

The design effort includes the creation of vast amounts of documentation, which weigh more than the hardware itself, according to Håkansson. In addition to the documentation, another deliverable is a validated finite element model of the adapter and separation system. Finite element analysis (FEA) plays a huge role in the design process for payload separation systems, allowing engineers to observe the performance of their designs at an early stage and to optimize them (to reduce weight, for example). Engineers at RUAG Aerospace Sweden’s Mechanical Products Division use the Femap® pre- and post-processor from Siemens PLM Software to prepare finite element models for analysis and to visualize the results.

FEA Software Addresses Multiple Needs
The division selected Femap for a number of reasons. One was its “excellent performance-to-cost ratio,” according to Jan-Erik Larsson, who is lead engineer at RUAG Aerospace Sweden’s Mechanical Products Division.“ This ties in with our corporate goal to reduce overhead costs,” Larsson explains.“ With Femap, we get what we need at a very reasonable price.”

Another reason for the selection of Femap was its ease of use. “A user-friendly environment was important to us because the engineering work at RUAG Aerospace Sweden involves different duties and we don’t work 100 percent of the time with one single software,” Larsson says. “It is possible to come back to Femap after weeks of not using it and work very efficiently with it again.” 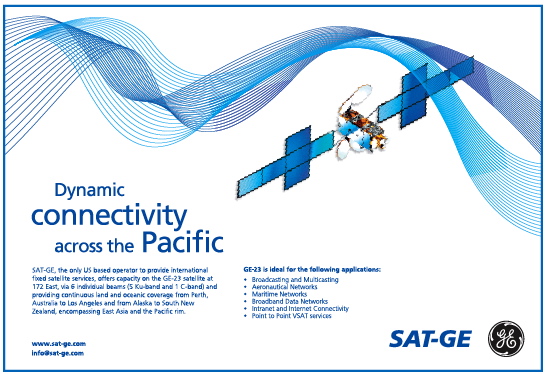 Femap’s ability to interface with other CAD and analysis formats is very important to the division. “We frequently exchange models with customers. The ability to import geometric data instead of recreating it saves time and costs,” Larsson explains. “With other pre- and postprocessors, this is an option you must pay for,” he continues. “You have to request the license and then wait a few days. It is a lot of money for a simple thing and we appreciate the fact that this ability comes free with Femap.” In addition to saving time and costs, the ability to import geometry enhances the quality of the analysis that the division performs. “In many cases, if you couldn’t import that geometry you wouldn’t add it to your model because it would take too long or result in a reduction of details,” says Håkansson. “This feature of Femap lets us add more detail to the models so we get more accurate results.”

Faster, And Yet More Accurate Analysis
Building analysis models with Femap is sometimes done by importing CAD geometry (usually in STEP format) and then using the software’s automatic meshing capability to generate the finite element mesh. This works very well, according to Larsson, and has reduced the time for creating complex finite element models from one week, when engineers worked from drawings, to less than one day today.

In other situations, engineers use Femap’s modeling tools to create their own geometry. This is done for some thin-walled structures and for graphite components such as the adapters that connect the launcher with the satellite.“ Femap’s ability to model these structures, particularly those with laminate properties, is very important to us,” Larsson notes. “It’s easy to use and having this capability in Femap eliminates the need for additional laminate software, which reduces the analysis effort and improves the results.” 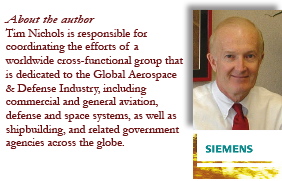 These qualities of Femap have helped speed analysis turnaround time, which is important now that the division has seen its development cycles essentially cut in half. But analyses are not only done faster, they are more accurate as well. Because the analysis models can be prepared so quickly, engineers use some of the time that’s saved to make them more detailed. And with the ability to import customers’ FEA models regardless of format, engineers can more easily include adjacent structures in their analysis models. “We import complete models of satellites and other adjacent structures, something that was more difficult to do before,” says Håkansson. “It’s a benefit to all parties to analyze a complete system rather than one thing in isolation.” 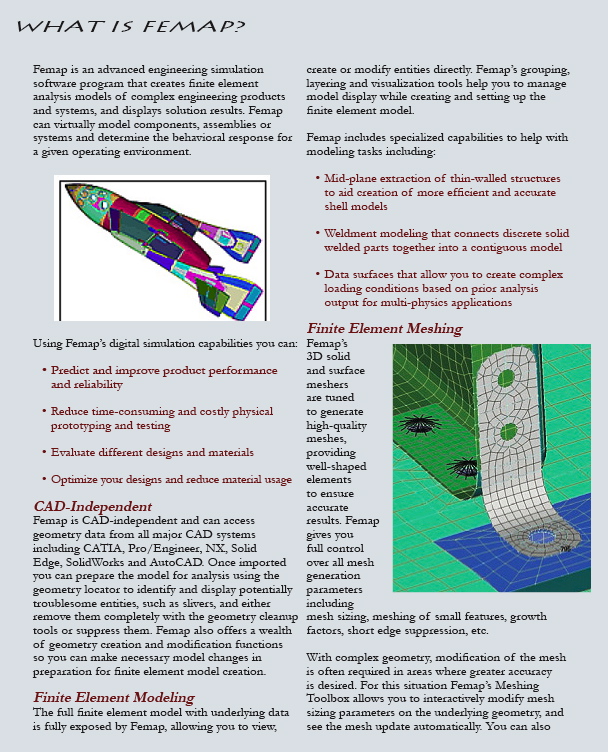 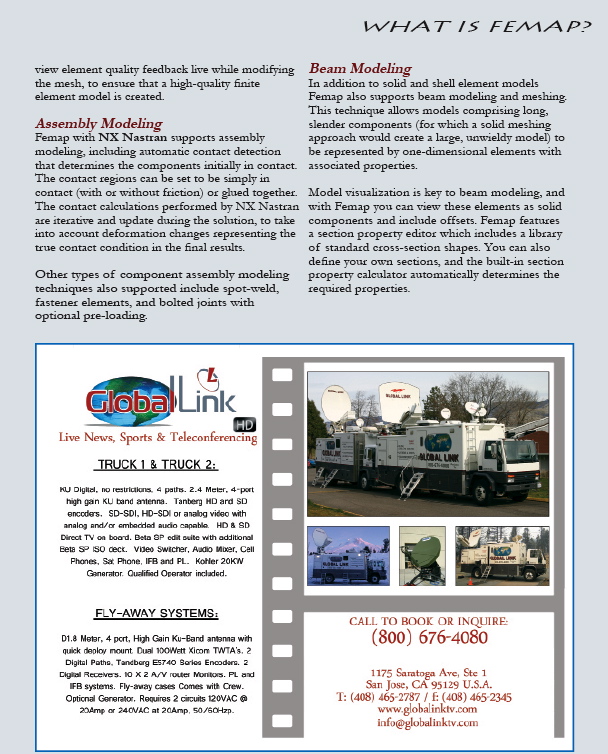 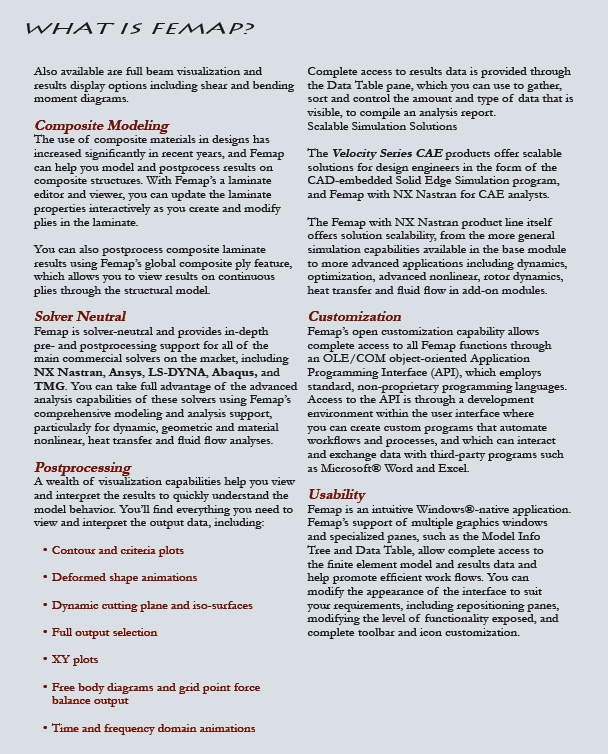