For a number of years, SatMagazine.com has highlighted the potential impact of 4000-line and 8000-line satellite TV transmissions, generally referred to as Ultra-HDTV (and 4K and 8K). This prescience has come into sharper focus these past few weeks given the statements from the likes of DirecTV and Europe’s SES, and in particular comments recently made to analysts by SES’ CEO Romain Bausch. 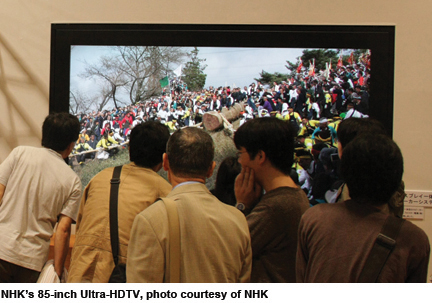 Bausch stated that he saw SES providing Ultra-HDTV (UHDTV) services to one or two of SES’ key clients in “two to three years” from now. SES has major clients in its portfolio, not the least of which is EchoStar’s DISH, the U.K.’s BSkyB and France’s Canal Plus. The industry is extremely aware of the UHDTV timetable, itself laid down by Japan’s NHK as being no later than 2020 (“and probably sooner”).

Indeed, Bausch is not alone in planning for an early UHDTV entry. The various standards bodies are all finalising their specifications. The ITU issued its specs set a few weeks ago.

SMPTE will publish its all-embracing set of High Efficiency Video Codec (HEVC) standards this summer and set them in stone in January 2013, thereby ensuring compatibility and inter-operability right down the transmission chain, and permitting equipment vendors to incorporate the new benchmarks in their own products.

These standards embrace both 4K (the ‘lite’ version) and 8K (the full version) variants. Which is not to say 4K is a wholly new development. Film-makers (or should that be video-makers) have been capturing high-quality 4K content for years. Most half-decent post-production houses have been using 4K for their own workflow practices for some time. Movies that have been digitally restored are usually re-mastered in 4K format.

As Sarah Simon, senior analyst at investment bank Berenberg reminds investors in a recent note:
“Although UHDTV content is currently limited, it is becoming increasingly prevalent in the cinema. Tinker Tailor Soldier Spy; Moneyball; Girl with the Dragon Tattoo; The Dark Knight Rises; Men in Black III; and The Amazing Spider-Man were all filmed with 4K cameras. We expect a steady increase in the volume of content filmed in 4K.”

Simon adds that she believes that UHDTV could be the next battleground between cable and satellite. “DirecTV sees the ability to deliver UHDTV signals as a key competitive advantage of satellite over cable, an advantage which is likely to increase in value as television sets grow ever larger.

We note that where satellite was in the lead with High Definition—cable, IPTV and even OTT—broadcasting is now catching up as more content and channels are added in this format. PVRs have similarly been used to create a strong effect by the satellite broadcasters (which did not have the benefit of triple-play); but again, other distributors have introduced similar devices, and arguably the push towards on-demand will weaken the lure of the hard-drive anyway.

“Just as it was a pioneer in Europe of HD, BSkyB is likely, in our view, to be an early proponent of UHDTV,” says the bank’s report. “For as we have written previously, we believe that the competitive position between BSkyB and its peers has narrowed over the past couple of years.”

Simon also accurately points out that BskyB’s net subscriber growth has slowed—at least for its pay-TV products. In other words it needs a fresh ‘killer app’ to not only keep existing subs signed up, but to further strengthen its hand when compared to its DSL-based rivals. The same is true of Canal Plus and DirecTV/DISH Network in the USA.

“The idea of launching a new standard, which would once again put BSkyB out in front of its peers thus makes strategic sense, in our view, and is compatible with the previous strategy of the company. Indeed, if BSkyB were also to increase the number of HD exclusive channels, possibly by taking them out of the standard definition package, while also dropping the price of its HD tier (currently charged at 10.25 pounds/month), this could increase substantially the perception that HD represents value for money, prompting further penetration of the service. Subsequently, the company could introduce a new “super-premium” service in the form of Ultra HD, for which an additional fee would be charged,” says Simon’s report. 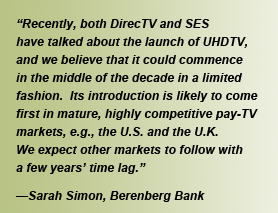 As far as BSkyB’s terrestrial rivals are concerned—and any similar services —Berenberg says cable and ISP-based service providers will have “considerable issues” coping with UHDTV.

Part of the problem is one of decoder boxes, which are MPEG-2 compliant, but not MPEG-4. “Ultra HD in MPEG-2 requires 80Mbps per channel, making this too bandwidth-hungry, in our view, to be commercial. Virgin Media would need to introduce a new generation of set-top boxes to handle UHDTV. BSkyB, on the other hand, could run at least a small scale UHDTV service using MPEG-4, as described below. Freeview, meanwhile, suffers from spectrum constraint anyway, and a large proportion of Freeview boxes are MPEG-2. Finally, BT Vision does use MPEG-4 boxes, but again, heavy bandwidth requirements, albeit less than MPEG-2, would mean that UHDTV would most likely be limited to households with fibre.”

Sarah Simon’s theory is that Step One, as far as BskyB is concerned, is to drop or reduce the extra fee levied by Sky on its existing HDTV services. This will encourage viewers to convert to HD and thus enable Sky to switch off its MPEG2 standard-definition broadcasts, and in so doing free up valued bandwidth of an UHDTV introduction. She estimates a cost of around 260m to 300m pounds in terms of new MPEG-4 boxes spread over a year or two. Some 4.2m homes currently take Sky’s HDTV services, meaning there’s 6m still to be converted. 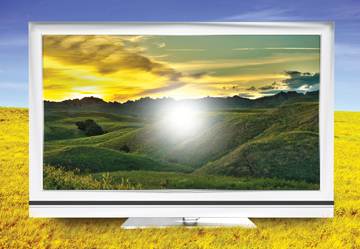 She argues, “Once HD is in the majority of Sky customer homes, we believe BSkyB will plan to further differentiate between its service and that of the peers. The introduction of UHDTV is likely to be key to this strategy. If HD becomes “the new colour”, then UHDTV will be “the new HD”.

The phasing of the introduction of UHDTV could go as follows:

– Launch a limited UHDTV service on the capacity freed up by the aforementioned switch-off, charging an incremental premium for the service

– Gradually increase the number of UHDTV channels while dropping standard definition channels such that more and more of the user base would be pushed into the HD tier (already at a new reduced price, as noted above, of £5/month vs. today’s £10.25/month, but, most likely, HD would become free at some stage, in our view).

– Drop standard definition entirely when HD becomes free, and apply the previously used SD-capacity to further boost the UHDTV offer, which at this point would be a fully fledged bouquet of fifty or more channels, as is the case for the HD tier today.

“Depending on whether BSkyB chooses to launch a new HEVC set-top box, or maintain the MPEG-4 model,” says the bank, “there could be either five or 10 UHDTV channels accommodated on the three transponders freed up by the previously described shift to MPEG-4.

“If the company introduced an HEVC set top box for UHDTV customers, then 10 channels could be available without recourse to additional capacity. However, if the company took a more cautious approach—testing the market appetite for UHDTV—only five would be accommodated. Arguably, such a small tier of channels might not generate sufficient interest, so either BskyB could take on additional satellite capacity and broadcast in MPEG-4, or it could make the switch to HEVC.

“At this stage, it is unclear. Either way, however, the financial implications of a small-scale launch of UHDTV would be reasonably minor in the context of BSkyB.”

Speed, or timeliness to market for UHDTV, is a question that Simon examines closely. She recognises that UHDTV is being discussed by DirecTV, and this will almost certainly prompt a response from Charlie Ergen’s Dish Network/EchoStar. France, Italy and Germany are also likely to be adopters of UHDTV, although at a slower pace than the U.K.

About the author
Senior Contributing Editor Chris Forrester is a well-known broadcasting journalist and industry consultant. He reports on all aspects of broadcasting with special emphasis on content, the business of television and emerging applications. He founded Rapid TV News and has edited Interspace and its successor Inside Satellite TV since 1996.  He also files for Advanced-Television.com.

CE Manufacturers
4K screens are already available for sale and, although expensive, the history is in its favour
In three years, the average price for an HD television has fallen from $4,000 to below $1,000
The average TV replacement cycle is 7.5 years, down 10 percent from just three years ago
4K HD looks set to be the enabler of high quality autostereoscopic (glasses-free) 3D

Content Providers
Digital Cinema, spreading fast around the globe, is already using 2K & 4K
An increasing number of movies are shot in 4K

“The arrival of a new standard that requires significantly more bandwidth than existing standards is obviously good news for the likes of SES, Eutelsat and (soon to IPO) Intelsat.

“Just as HDTV has provided these companies with substantial growth in capacity demand (three to four times standard definition), so UHDTV offers an even larger opportunity, with 8K currently requiring c.16x the bandwidth of HD if broadcast using the same compression standard.

“It should be noted, however, that the most likely situation as regards the introduction of UHDTV is that it will be 4K that is introduced first, and using the new HEVC compression standard.

“This means that a single UHDTV channel will require double the capacity of an existing HD channel in MPEG-4.” 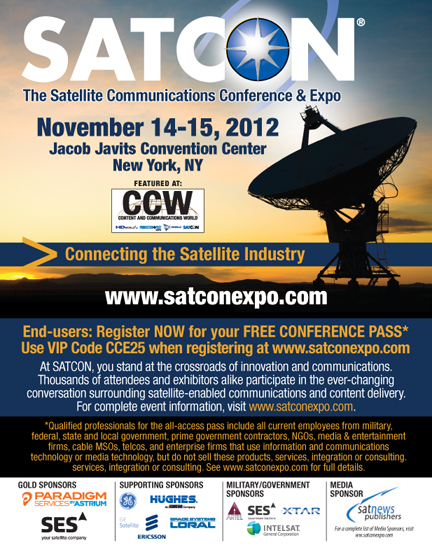