The grim statistics become more precise daily. The massive (7.9 on the Richter scale) earthquake that staggered the Sichuan province on May 12th has affected millions of Chinese. The numbers are staggering, with more than 60,000 dead, more than 26,000 still missing, with 353,290 known injured, and as many as five million left homeless. In Myanmar, where Cyclone Nargis struck a month ago, 130,000 are dead or missing, and two million are homeless.

These twin tragedies underscore the critical importance of a major global space effort that doesnít receive adequate recognition from the pressóthe Global Earth Observation System of Systems (GEOSS). This emerging public infrastructure, ìsystem of systemsî, is interconnecting a diverse and growing array of instruments and systems for monitoring and forecasting changes in the global environment. Satellites that will be linked into the diverse GEOSS sensor mix gave forecasters the first data on the formation of Nargis, and aided in tracking the killer cyclone. Additional satellites gave the world its first images that assisted in the assessment of the devastation in Myanmar and Sichuan. 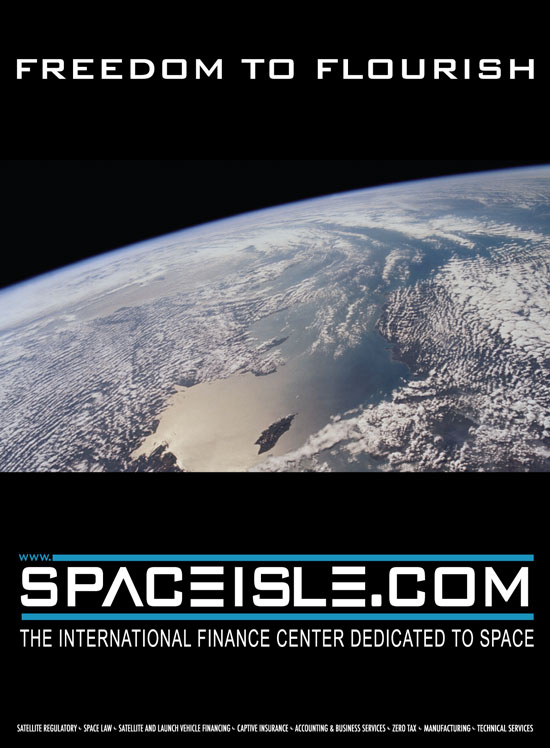 These satellites are in equatorial and polar orbits and provide a wide variety of Earth observation imagery and data. In addition, before anyone starts gloating about how nice it is that our satellites allow us to see whatís going on in places like China and Myanmar, make a note that China itself is part of GEOSS. Earth-imaging satellites built and operated by the Chinese, in collaboration with Brazil, will be part of GEOSS, with two currently in orbit and two more scheduled to launch in the next three years. As these satellites pass overhead, they provide, free of charge, constant real-time imagery to any GEOSS member country that can downlink from them. Countries who currently are without a domestic downlink will soon be able to download the imagery, free, over the Internet through a GEOSS data processing center in Germany.

As Germanyís contribution suggests, thereís a lot more to GEOSS than satellites, which includes many countries. While the U.S. is taking a primary role (some 15 federal agencies, with NOAA in the lead, are involved), the ìGî in GEOSS really does stand for Global. At the first global Earth observation summit in 2003, GEOSS was launched. The intergovernmental Group on Earth Observations (GEO) was tasked to develop the GEOSS framework. Working as a voluntary alliance, each nation, or organization, contributes whatever is within its means.

GEO, which now includes more than 70 nations, the European Commission, and 40 international organizations, has framed a 10-year implementation plan for GEOSS, with aims are far more visionary than providing a look at the tragedies in progress. Linking together existing and planned observation systems around the world, GEOSS will provide decision makers access to data and information and will facilitate more predictive capabilities. GEOSS is working to address nine areas of critical importance to humanity that include:

According to the U.S. Environmental Protection Agency, GEOSS holds the potential to shape a future in which we can:


GEOSS is not just a space system, although the more than 50 environmental satellites in a wide variety of orbits do provide millions of data sets for GEOSS. There are also commercial satellites that provide some of the communication backbone for GEOSS, and GPS satellites provide the precision timing signals that enable the terrestrial GEOSS computer networks and Internet nodes to talk to each other. Add to this thousands of land-based environmental stations, and thousands of moored and free-floating ocean buoys plugged in (many by satellite, of course), all provide millions of additional data sets to GEOSS.

The challenge now is to enable all the parts and pieces to talk to each other. The exercise includes having to synthesize the babble of all these systems, which were independently and individually conceived, developed, built, owned, and operated, into a seamless system-of-systems. Through the GEO, progress on GEOSS is being made daily.

When GEOSS reaches its full fruition, the planetary good of this space-essential system will be overwhelming. In the U.S. alone, about $1.7 billion in weather-related aviation delays can be avoided. For every degree (Fahrenheit) we can more accurately forecast weather, we can save a billion dollars in annual energy costs; and with accurate long-lead weather forecasts, operating efficiency can be improved for weather-sensitive industries that account for one-third of the nationís GDP, or about $3 trillion. Now, extend those benefits to every country on the planet.

Imagine having weeks, rather than hours, to prepare for the next Cyclone Nargis or the ability to forecast the next killer earthquake before it hits.

We must not lose sight of the tremendous geopolitical significance of GEOSS. Thanks to this remarkable effort, countless human beings from all around the planet, from every kind of background, culture, race, religion, national origin, socio-economic, and political system, are working together for the common good. It is precisely this type of collaborative, global effort that can help bring people together to promote understanding, acceptance, and eventually friendship and peace.

It should not go unnoticed that, despite all the recent tension between China and the U.S., we are collaborating on GEOSS; nor should it go unnoticed that among the first flights of international aid to reach the Sichuan province were U.S. Air Force C-17 cargo jets, tasked by Pacific Air Forces, in a fledgling U.S.-China military-to-military operation.

The view from here is that there is currently no more important effort in international space collaboration than GEOSS. GEOSS serves as a potential model for future international space ventures, and as a shining beacon that reveals what we accomplish in space really can improve life for every living being on the home planet. 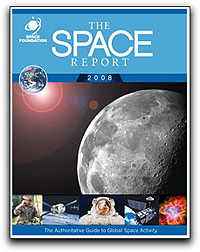