Miniature satellite valves pack a lot of performance in a small package, yet they are not all created equal.

Marotta’s MV602 and MV602L valve series have the smallest envelope and mass, and lowest power draw of any miniature latching/non-latching valves available today. Composed of stainless steel, all welded construction and a plastic seat, these valves meet the demand for high reliability, tight leakage and quick response, handling pressure ranges from 0 –4500 psig. Photo is courtesy of Marotta Controls.

Whether controlling gaseous substances or fluids, these small but powerful components should be evaluated beyond just latching or non-latching capabilities but also for size, weight and power considerations that increase satellite performance and mission lifetime while decreasing system size and complexity. In addition to making room for more payload, the same small but robust valve strategy creates a critical advantage in the event of system add-ons or changes, equipping propulsion architects with options that prevent costly delays in development.

A uniquely small and versatile valve family demonstrates these benefits; these flexible components helped both the ADM-Aeolus and the LISA Pathfinder platforms by enabling engineers to address unexpected design challenges requiring late changes to initial design plans. The same ultra-small valve family is now a key element of the Spacebus NEO’s electric propulsion Xenon Pressure Regulation Assembly (XPRA), and is also being implemented in the Propulsion Module (PM) onboard a second-generation satellite constellation under development. These programs are capitalizing on small size and versatility designed for a broad range of substances and pressure levels, as well as the lowest power and smallest envelope and mass available today.

Smart Design & Packaging In An ITAR-Free Valve
Miniature valves are not new; however, more efficient packaging is redefining the meaning of small. While the torque motor valve has historically been available in a relatively small rectangular shape, Marotta’s flight-qualified Miniature Solenoid Valve series demonstrates the packaging evolution. The valve body is only three-quarters of an inch in diameter and about one inch in length. 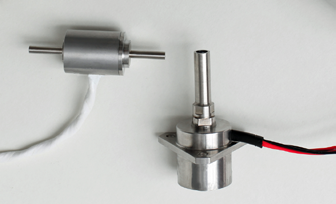 The series includes an MV602L high pressure latching option, a 2-way, 2-position valve that shuttles to the open or closed position either by switching current polarity in the single coil configuration or by energizing the open or close coils in the two coil configuration. In both cases, the valve will remain in the most recently commanded position when power is not supplied. Requiring only a brief pulse of current, the MV602L power consumption is <10 watts peak.

The MV602L’s optimized, all welded design provides isolation for the widest range of satellite and spacecraft applications—a capability made even more attractive by the removal of all ITAR restrictions. Originally developed for use in Xenon feed systems, the MV602L’s performance is adaptable to handle gaseous high pressure oxygen feed systems and high pressure nitrogen micropropulsion systems while maintaining the same small envelope, cost benefits and pressure capabilities.

Enabling Oxygen System Add-On For ADM-Aeolus
The MV602L’s size and weight advantage added unexpected value to the ADM (Atmospheric Dynamics Mission)-Aeolus, one in a series of European Space Agency (ESA) Earth observation satellites and named after Greek mythology’s keeper of

the winds. Launching in 2017, this first-of-its-kind mission is to acquire wind profiles from the lowermost 30 km of Earth’s atmosphere—performed by a laser Doppler wind Light Detection and Ranging (LIDAR) called Aladin, the sole instrument onboard and the first wind LIDAR in space. During development, the determination was made that Aladin’s lens required an additional oxygen purge system to maintain an ultra-clean environment. A constant low pressure pure oxygen gas environment of ~100 Pa was necessary to keep Laser Induced Contamination (LIC) at bay during the 3.25 years of mission lifetime.

Using a modified MV602L valve, an in situ cleaning system was implemented to provide branch isolation of prime and redundant feed lines from high pressure tanks as well as pulsed regulation of low pressure feed lines. Minor modifications such as adjustments to the MV602L coil design and the addition of nickel coating ensured compliance and safety performance for pure oxygen use. Most critically, the miniature MV602L valve enabled the addition of the In Situ system to the existing payload design without impact on the project’s overall size, weight and power requirements or development timeline. 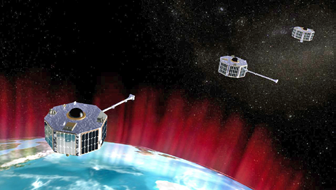 Adding Cold-Gas Micropropulsion To The LISA Pathfinder
Building on the ADM-Aeolus experience, the MV602L is playing a role onboard the LISA (Laser Interferometer Space Antenna) Pathfinder (LPF) which was launched in December 2015. The LPF’s unique mission is to help develop a different method for observing the universe by detecting gravitational waves, or ripples in time and space as predicted by Einstein’s theory of relativity. As a perfectly still physics lab in space, the LPF does not have a typical payload structure; the LPF is a test vehicle for the future eLISA project and the craft itself is part of the experiment.

The LPF’s initial design included a Field Effect Electric Propulsion System, but plans changed as mission requirements evolved to include the need for gravitational field control and constraints on low frequency disturbances. The spacecraft had already been built, so the new system had to be developed around existing infrastructure using only unoccupied panel sections and existing electrical interfaces. A Cold-Gas Micropropulsion System was implemented instead, providing the primary actuator for precision thrust systems required to counter external forces such as solar radiation pressure. Flight-qualified in the Gaia mission, the LPF’s innovative Cold-Gas Micropropulsion System relies on the MV602L as a key component, essentially handling a controlled leak of inert high pressure nitrogen gas. 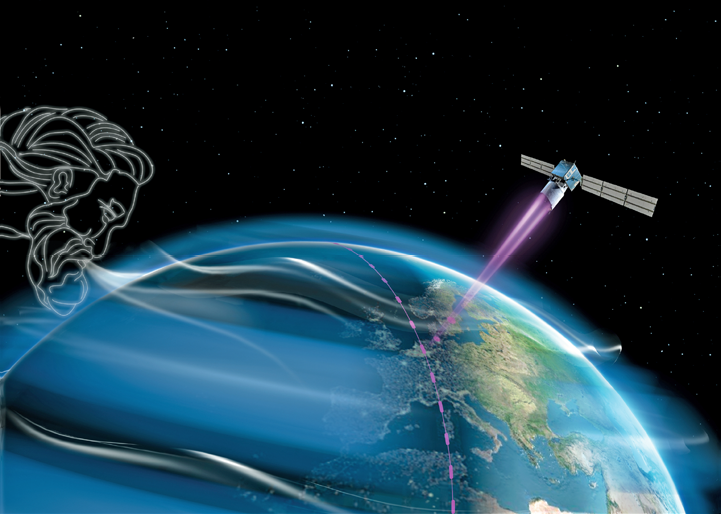 Complementing Multi-Function Valves In Spacebus NEO’s Electric Propulsion
The MV602L latch valve is also an essential component within the Xenon Pressure Regulation Assembly (XPRA) used in the electric propulsion system on Spacebus NEO. The XPRA is a notable step in system simplification—essentially this is a reprogrammable digital device, allowing satellite operators to change flow rate or regulate pressure on the fly. Coupled with the MV602L, the device is enabled by a unique Multi-Function Valve (MFV), which acts as pressure regulator, flow regulator and positive isolation valve. The MV602L provides the necessary second barrier to ensure the safety of the high pressure system.

The XPRA’s compact design features a smart approach to eliminating leakage and reducing valve count. In addition to providing proportional control during operation, the system’s MFV also acts as a system barrier by creating the high sealing force that ensures fail-to-close leak-free operation over its lifetime. Patented and flight-qualified, this flexible device is enabling greater accuracy, robustness and system stability, even while equipping operators with new capabilities to adapt performance remotely over the course of mission deployment. 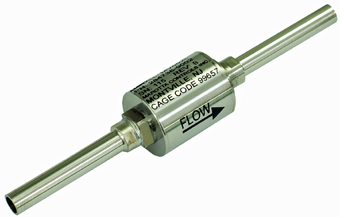 While competitive with mechanical regulators, benefits of the multi-function system are significant. First, the XPRA’s more accurate response characteristics mean the propulsion system requires less contingency over its life, i.e., less Xenon. Secondly, when designing a platform that may use a variety of thrusters with varying output pressures (typically between 1.5 bar and 3 bar), a different mechanical regulator would be needed for each type of thruster—whereas the XPRA can be set to any pressure in this range, easing architecture design by enabling a “one size fits all” strategy.

Non-Latching Valves Drive New Second-Generation Bang-Bang Propulsion Module Under Development
While deployments such as ADM-Aeolus and LISA Pathfinder have found value in adding miniature high pressure latch valves to existing payload designs, a nexgen constellation program has included them from the initial stages of development. The MV602, a non-latching version of the MV602L high pressure miniature solenoid valve, is used in a bang-bang mode in this second generation satellite program, re-pressurizing the Propulsion Module’s (PM) hydrazine tanks with gaseous Helium (GHe). After each satellite is launched into Low Earth Orbit, the PM will provide the thrust required to raise the satellite to its final operational orbit. This is the first deployment of the miniature solenoid valve in a bang-bang design, where the valve is pulsed open and closed within milliseconds. This deployment also extends the pressure capabilities of the MV602 valve family, managing up to 4,500 psi (310 bar) of high pressure helium.

Extending Value To Commercial Applications with Constellation Deployments
Miniature valve options such as the MV602 family have significance in the market for constellations. Here satellites step out of their traditional standalone role and into a multi-platform commercial mission—yet they still require the smallest, lightest, most power efficient and cost effective valve package possible, proven to meet the risk and reliability demands of space flight. 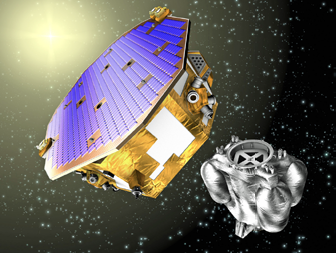 Artistic rendition of the LISA Pathfinder Mission Image is courtesy of ESA.

Costs are critical, as well, as commercial constellation missions are intended to stay aloft for only a few years at a time, a sharp contrast to Spacebus NEO, for example, with a planned mission life of 15 plus years. This trend will continue as smaller satellites with less power-generating capabilities place an even greater premium on size, weight and power. In this competitive environment, propulsion architects have a new slate of options based on the diverse performance of miniature solenoid valves. For instance, using the MFV and the MV602L, a simplified version of the XPRA could incorporate the entire propulsion system (while still providing the required two safety barriers) in just two lightweight, cost-effective components.

Enabling More Performance & Profits With Less Size, Weight and Power
Ensuring the revenue-generating capabilities of a satellite design has become an even more critical element of the satellite engineer’s job.  The bottom line is a big part of the design responsibility, and requires key technology and component decisions that are optimized for performance, reliability and versatility. Miniature valves are playing an essential role in this effort, with size, weight and power characteristics that protect development by enabling systems to be added, or offering versatility that can be designed in from the start. Making the right choices can make room for more payload, add to mission lifetime, and ensure the long-term profitability of satellite designs.