The advent and growth of data-hungry media such as HDTV, mobile services and satellite radio have made satellite links indispensable for global communication. 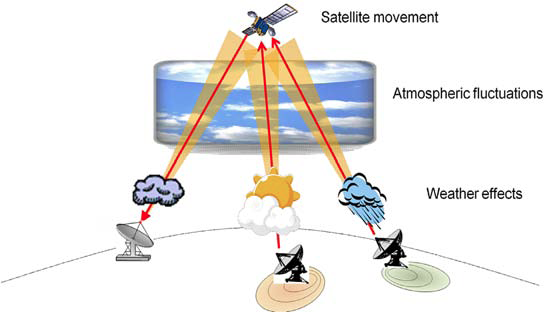 Revenues in the satellite industry are expected to increase significantly over the coming years. As an immediate side effect, however, the growing number of services will also increase the amount of interference and anomalies, with negative impacts on data transmission. Other sources of interference include potential acts of terrorism, political unrest,
and censorship.

Today, only 30 to 40 percent of all satellite interference issues are ever resolved in a timely way, which can lead to damage claims and the risk of losing customers who demand the highest levels of service quality. As a result, there is an urgent need for more effective interference mitigation solutions.

This article describes current available solutions and focuses in on the future of satellite interference mitigation solutions.

Currently Available Solutions
One step in the correct direction was definitely set by the Satellite Interference Reduction Group (sIRG), who had suggested a mandate that by January 1, 2015, all new transmission equipment will have Carrier ID capability. Carrier ID is a technology developed to guarantee immediate identification of the source of satellite signals.

Carrier ID creates unique identification numbers that can be reliably detected and recognized in each carrier. By accelerating the identification of unauthorized or inaccurately configured transmissions, Carrier ID is a significant measure for improving signal integrity. 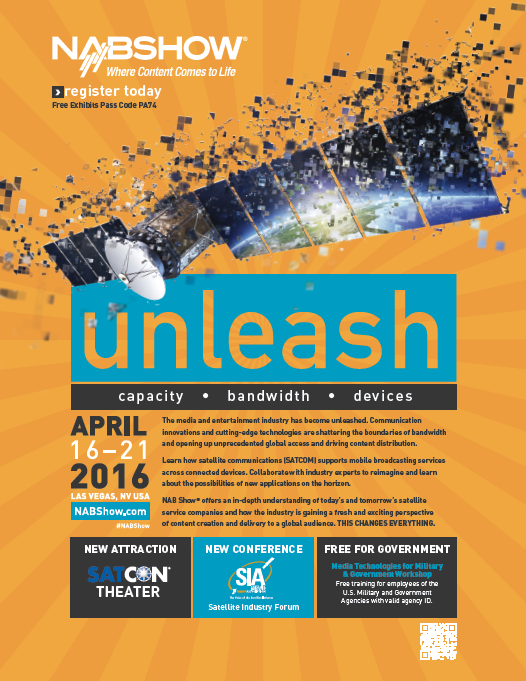 It’s understood that this solution will not work for intentional interference—though such behavior only represents a minority, they can lead to significant problems for satellite operators just because they are intentional. Also, expect that some years will be required until the majority of satellite signals will have Carrie ID implemented.

One main requirement is that they need to receive the interference signal via at least two geostationary satellites which have to be in close proximity to each other in order to obtain sufficient crosstalk for reliable geolocation signal processing. Even though there are hundreds of them out there, many of these satellites are isolated in terms of using different uplink frequency ranges, polarization and footprint coverage. This is especially true for military satellites and satellites working in Ka-band. In these cases, crosstalk is either not applicable or too small to be measurable.

With all of these preconditions, traditional geolocation tools have reached their limits and operators are searching for alternative solutions.

Siemens—Engineering The Way Forward
Siemens is one of the leading suppliers of satellite monitoring and geolocation tools. Especially over the past five years, Siemens has done an enormous effort in developing interference mitigation tools. In the meantime, Siemen’s product SIECAMS® is the most complete toolbox that supports operators in fighting against interference. SIECAMS® consists of...

The Single Satellite Geolocation System
One of the company’s latest developments was the first, real, working single satellite geolocation system—SIECAMS® ILS ONE. As outlined above, the main drawback of traditional geolocation systems is the necessity of receiving the interference signal via two adjacent satellites, which are often not available, especially for military satellites and satellites working in Ka-band. There have been some attempts in the past to develop a geolocation solution which requires reception of the interference signal only from a single satellite, but they could not achieve an acceptable accuracy. Siemens has, therefore, selected a completely different approach:

The next generation in fighting against interference:

The above described solutions represent the actual status of available tools in fighting against interference—but that’s not the end of the road. Siemens is continuously trying to improve the actual solutions and also seeks alternative solutions. Siemens is partnering with research institutes in Austria and is also working closely with the European Space Agency (ESA).

As a result,  we are able to provide the satellite industry with more and more improved powerful tools to address the interference problem, to restore signal quality to the levels customers of satellite operators are expecting, and at the same time saving both time and money.

The following two sections describe briefly two ideas we are working on and are expected to be released in the next few years.

Even when it’s necessary to use the traditional two satellite geolocation system, a fully automated geolocation measurement will be possible. The only parameters which are missing are at least one suitable reference carrier and accurate ephemeris data. Here, the Space Data Association (SDA) comes into the game, as this organization is currently working on a RF interference tool which shall provide exactly these data for external geolocation systems. That means in the (hopefully) near future, there will be an interface between SIECAMS and the SDA database for importing such data on a case by case basis which would enable automatic geolocation in all cases.

Benefits for the operator:

Big Data
The other idea is that the data of satellite signals is being stored in real time for later post processing (e.g., signal analysis, geolocation, and so on). Satellite operators are frequently faced with short term issues such as interferences which are only up for a couple of minutes and then disappear and, perhaps, come back again later on. Such situations are difficult to handle as it usually takes more time to properly configure a geolocation system as the interferer is on air.

Some of these sampling cards already provide functionality for streaming the acquired data directly to the memory of the computer respectively to the hard drive. This capability is currently limited by the HW performance of the chosen computer (PCI, internal bus, hard drive read / write speed, etc.).

Please note that we are talking about Commercial-Off-The-Shelf (COTS) equipment and not high end computers which are not affordable for customers. With the current crop of available COTS computers, streaming is only possible by limiting the bandwidth (and thereby the amount of acquired data) of the satellite signal to a few MHz.

Fortunately HW performance improves from year to year and gets cheaper and less inexpensive. The expectation is then that, in a few years, affordable HW components become available, enabling the possibility to store in real time the data of the complete L-band signal to the hard drives of a computer. Monitoring and geolocation systems could then perform their signal analysis and geolocation measurements by using those stored samples from the computer’s hard drive.

If this becomes possible, any kind of anomaly on a satellite transponder could be analyzed, any kind of interferer could be localized—nothing would get lost.
siemens.com 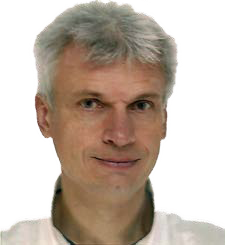 Erwin is Sales and Product Line Manager for the Siemens CVC (Siemens Convergence Creators GmbH) Satellite Communication and Monitoring Solutions. Thus he is responsible for the definition of products for monitoring and troubleshooting the quality of satellite communication systems, product marketing, technical and commercial sales activities. Prior to joining the Siemens Space Business, Erwin was section head for Broadband Management Systems and Fast Internet Solutions. This business sector handled projects in the area of Cross Domain Management Systems especially for Broadband IP and ATM networks.

Erwin holds a degree in Electrical Engineering from the Federal Secondary College of Engineering in Vienna, Austria.