Last year, 2014, was a most exciting year for Earth Observation (EO) companies. We witnessed some massive changes in the market that included the arrival of Skybox 1 & 2 data, the entry of Google via their purchase of Skybox Imaging, the launch of Worldview 3, the authorization for the sale of satellite imagery with resolutions down to 25cm, and the launch of several other initiatives that are all aimed at putting more commercial imagery on the market. 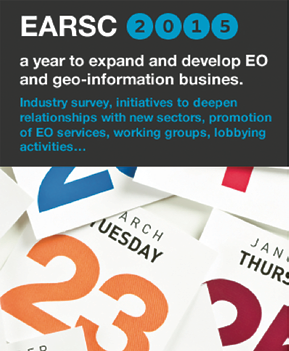 In Europe, Astrium launched SPOT 7, Deimos II was launched, Blackbridge and E-geos announced next generation systems and the first Copernicus satellite—Sentinel 1—was launched. The last of these, marking the start of the operational phase of Copernicus, promises further change as large volumes of data become freely available—2015 should see the launch of Sentinels 2 & 3, further increasing the free data available.

When I was a young engineer in the 1980’s responsible for the design of Europe’s first radar to be launched on the European ERS-1, we used to think ESA was the market for satellites. At the time, the space agencies were essentially the only customers and, naturally, everything was focused around their needs. These were in turn largely determined by science and research. This attitude exists even today, even if such has been largely changed by the appreciation of the need to address a commercial market.

The telecommunications market was the first to emerge and was already starting to do so with commercial companies buying satellites and selling communication services. In EO some early efforts were being made to sell imagery and companies were being set up to do so; however, we were a long way from the point where a private company would build and launch a satellite using its own resources. Indeed, even today a fully commercial business model is quite rare.

Understanding the market is a fundamental requirement for commercial companies trying to do business within the EO world. Similarly, for policy makers, understanding the impacts of their policy decisions is a fundamental requirement. The former requires a detailed survey of the market, the latter a detailed survey of the industry.

Two years ago, eomag conducted our 2013 industry survey, which provided a more detailed picture of the EO services industry than we had ever before attempted. Since then, many elements have changed and we have just launched our 2015 survey which will update and further develop our industry view. 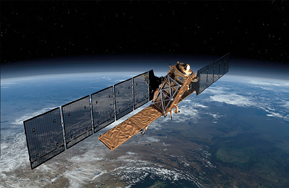 Sentinel-1, the first Earth observation satellite to be built for Europe’s Global Monitoring for Environment and Security ‘Copernicus’ program. It is a C-band imaging radar mission to provide an all-weather day-and-night supply of imagery. The mission will benefit numerous services such as those that relate to monitoring Arctic sea-ice, routine sea-ice mapping, surveillance of the marine environment, including oil-spill monitoring and ship detection for maritime security, monitoring land-surface for motion risks, mapping for forest, water and soil management and mapping to support humanitarian aid and crisis situations. Image is courtesy of ESA/ATG Medialab.

In particular, we wish to be in a position to understand the impact of Copernicus on the industry and on the market. This, then, is the focus of our survey as of this writing.

We have already launched what we call the core survey to more than 500 companies in Europe and Canada to gather specific data on their businesses. This will shortly be followed up with phone interviews for what we call the “full survey,” which will explore some of the softer factors and strategic issues through a conversation.

However, eomag, the publication voice of the EASRC (European Association of Remote Sensing Companies), has decided to go further, once again.

According to the Impact Assessment published by the European Commission (EC) in 2013, Copernicus will create 9,000 direct jobs in the downstream sector. The EARSC survey will show the impact on the private sector but Copernicus is primarily a public program with its first objective to provide public policy makers with information.

Consequently, we are extending our survey to look at the benefits which Copernicus will bring to the public sector in terms of access to information, effectiveness and, of course, employment. In the next few weeks, we shall launch a second survey questionnaire which will be sent to public bodies in Europe with questions on their involvement in Copernicus and the benefits they have seen or anticipate to receive.

However, this is a global industry and European policy is that Sentinel data will be available on a free and open basis, not limited to only European companies. Hence the fourth section of our survey will address companies worldwide to try to understand how much they benefit from access to these data.

This is quite a challenge, not the least of which is due to language differences. The survey is in English, as we believe that most companies operating in the domain of EO services, such as in the scientific field, frequently use English. A questionnaire in English can be quite complex and we are trying to restrict the material to essentials that are consistent with gathering a good picture of the industry and how it is evolving. 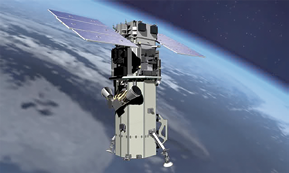 Artistic rendition of the WorldView-3 satellite. Image courtesy of DigitalGlobe.

We are happy to have some international partners to help us with this global survey, including the GEO secretariat in Geneva, which will help distribute the link through their networks and maybe assist in gathering some of the responses. It is too early to acknowledge everyone, but I’ll offer additional information once the results are complete.

The EARSC goal is to have results available in mid-2015 and to publish a report, which will be freely available. We have the support of ESA to conduct the survey and, if any reader wishes to learn more, they can contact either EARSC or ESA-ESRIN to do so.

If you are someone from the private sector, or from a public body in Europe reading this article, we are counting on you to complete the relevant part of the survey. Your contribution will be kept absolutely confidential to EARSC and only the aggregated, anonymous results will be public. If you do not receive a request to participate and you think you should be included, do not hesitate to contact us.

This is going to be quite a challenge to gather and analyze all of the data we anticipate receiving, but it is fundamental to understanding the EO sector and the policy makers’ impact on the industry. This is one of the EARSC’s major projects—not the only one, to be certain, and more information will be made available in a future eomag article.

In the meantime, I wish all eomag readers a successful and, above all, a healthy 2015. 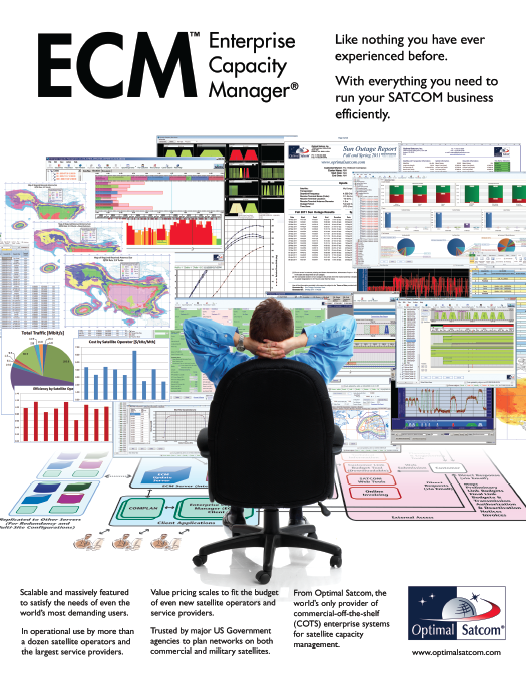