In the 1890s, electric power was seen as the coming technology, expected by many to be a replacement for the steam engine as a source of motive power. 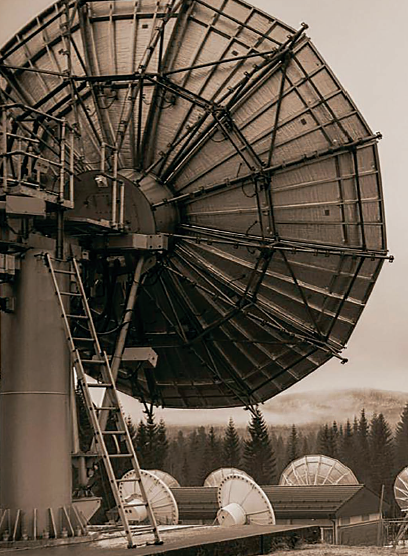 The electric motor had many advantages—compactness, smooth power delivery, few moving parts, almost silent operation, and no need for ancillary mechanisms. Pollution was rarely thought about in those days. However, another advantage of electric power became

evident—electricity was clean at the point of delivery. The future King Edward VII of England benefited from these qualities when he used his electric-powered launch (the largest electric boat ever built) as a state-of-the-art platform for discreet romantic trysts on the River Thames.

However, as we all know, the appealing simplicity of electric motive power was quickly sidelined by a noisy, dirty, foul-smelling and complicated rival: the internal combustion engine—and we’ve been living with that beast ever since those days. Consider the comparison between the simple, mechanically elegant electric motor—often not much larger than a watermelon—and the ridiculously complex internal combustion engine, with its ignition systems, radiators and cooling pumps, oil pumps, crankshaft, camshafts, exhaust systems, turbochargers, flywheel, gearbox, battery and electric supply... all to support the essentially simple act of igniting hydrocarbons within a confined space.

No wonder car manufacturers today hide this engine under a sleek black cover that says to the car owner: don’t even think about tinkering with this stuff—modern car maintenance is just too complex for anyone but an expert mechanic armed with computerized diagnostic systems.

All of us need to remain confident that this complexity is being monitored and managed, so that we are to remain on the road and are able to travel from A to B. Car manufacturers have had more than 100 years to perfect their complicated creations. The best of today’s cars do so much self-maintenance, self-monitoring and routine decision-making that the driver has much more ‘bandwidth’ left over for the task of driving—or playing with their smartphone.

Car makers have done a good job of taking the potentially distracting effects of complexity away from the driver and providing a driving environment that aids good decision-making. In an even more complex machine—the aircraft—manufacturers have long understood that the design of instrumentation systems and the ergonomics of the cockpit are critical to flight safety. With so many complicated systems for the pilots to monitor, any undue complexity in the way information is presented can be life-threatening. 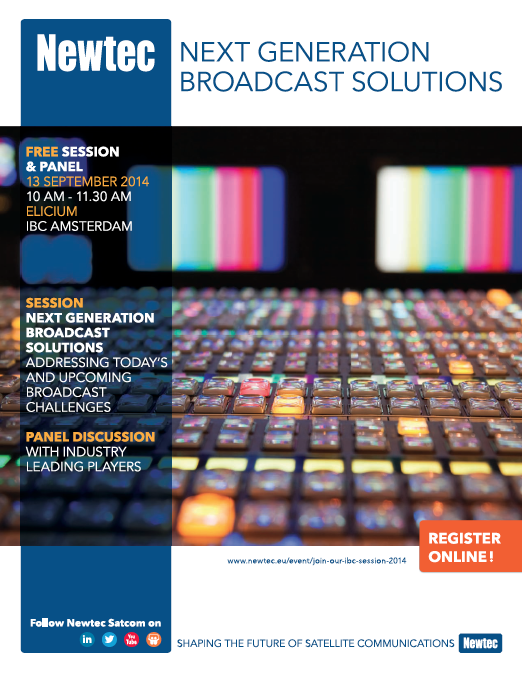 I’m not about to suggest that lives could be lost in digital media provisioning if monitoring systems don’t keep decision-making simple for those who maintain them. However, a lot of revenue, and, ultimately, business success or failure, hangs on the efficient and timely diagnosis and correction of errors. The digital media delivery chain is not, unfortunately, like an electric motor: the chain is more like the internal combustion engine, with a lot of heterogeneous parts bolted together and interacting more or less successfully.

If digital media engineers have to ‘lift the lid,’ peer into all the complexity and grope about with a torch and spanners whenever there’s any problem, such is not a good recipe for keeping the show on the road. Similar to today’s car owners, engineers need complexity to be intelligently mediated so that the really important, decision-supporting, information is directly where they can access the data at all times.

There are many ways in which media businesses are looking to exchange complexity for simplicity. For satellite operators, one way that has emerged in the last year is decentralization. This entails a more distributed infrastructure that offers the benefits of greater resilience, flexibility, and lower operating costs through energy savings and standardization of equipment.

The more or less universal model for operators, until now, has been to have uplink production chains consisting of primary and secondary circuits running in parallel with virtually identical configurations. A failure on the primary circuit prompts the operator to switch to the backup, either using a switch in a semi-manual process, or with limited automation via NMS triggers. Production is all done in a central facility and the modulated content is then transported to transmitter sites via RF on fiber.

Operators are now looking at distributed architectures in which the modulation and some of the multiplexing is done close to the antennae. More sophisticated automated redundancy switching is also done at the antenna site, just before the transmit booster. This infrastructure model is possible as a result of greater intelligence in switching hardware and the confidence
such engenders in the viability of a distributed, hands-off, automated redundancy strategy.

The autonomous or semi-autonomous intelligence at each decentralized antenna site can operate independently from the central facility if required. This is a key aspect of the strategy, increasing the flexibility of redundancy in the system as a whole. Any failure in the central system is now survivable and will not affect data elsewhere in the production pipeline. 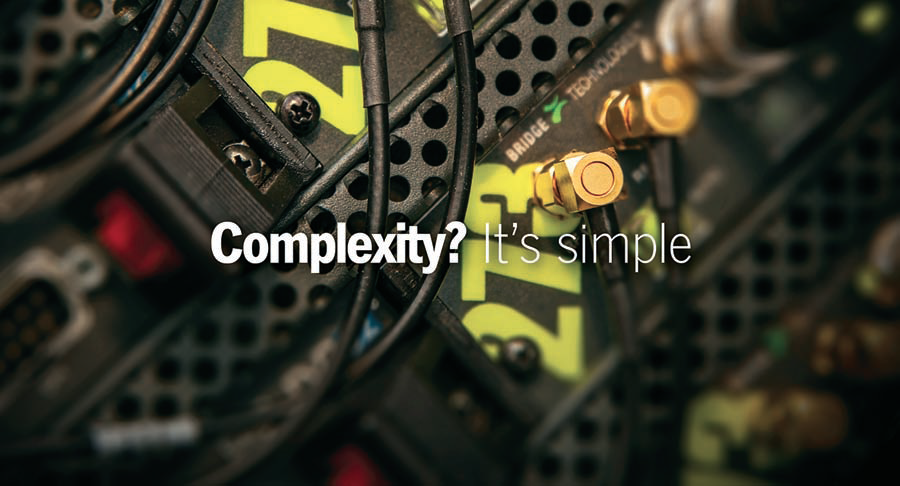 We launched the Bridge Technologies VB273 Intelligent Switch to provide exactly this kind of capability, to meet the requirements of a major European provider. The VB273 employs a combination of full-blown ETR290 analysis, a high-performance RF monitoring capability, and a decision engine that compares error condition results against user-defined rules. The greater scope and subtlety of the analysis available allows a much more nuanced and flexible automated assessment of operating status and conditions. Whereas previous generations of redundancy switches were designed to intervene on a limited set of conditions, such as complete loss of signal, the VB273 can detect a wide range of errors and act accordingly. This capacity allows operators to bring switching rules more into line with current operating realities.

For example, if CAS (conditional access) verification is lost on one of the production chains, the redundancy switch can automatically check the redundant chains to see if the problem exists there as well and switch to one of them if CAS is intact. Switching is therefore available on the basis of services (such as CAS) as well as on simple hardware operation. Further redundancy can be built into the decentralized model by transporting data from the central production system to the antennae via gigabit fiber, using redundant IP chains.

Redundancy is a benefit everyone wants to have, but operators also see the decentralized model as a way of delivering operational cost benefits. The modular structure makes it easier for the operator to change configuration when required. Changes can be implemented in a modular fashion and remotely, without the need to send engineers to swap out equipment units or patch in hardwired changes. This means lower costs and less reliance on specialized skills. Changes can also be made remotely at any time and to any part of the infrastructure, simply by uploading new configurations.

A variable degree of autonomy can be useful. Intervention may be necessary to override the default settings for autonomous operation in certain situations, to make changes to the way individual antenna sites or groups of sites work. To achieve this, the decentralized infrastructure can be designed to allow control of switching from the central NMS, or by intelligent automated switching, or by a completely manual override at the transmitter site if an engineer is present.

By allowing a much more flexible approach to satellite infrastructure design, more intelligent switching opens up the possibility of a new decentralized model for satellite operations using better standardization of hardware. Operators can now design lower maintenance and more resilience into their systems, together with a greater flexibility to evolve in response to changing requirements and conditions while maintaining uninterrupted service.

Simplicity is a state of mind, a way of reducing the load and minimizing distractions that make us less productive. You can apply the idea of simplicity in many ways: from streamlining complex infrastructure and using intelligent hardware with autonomous decision-making capability, to streamlining the profit and loss statement. In this respect we applaud the recent announcement of the ‘Energy 2020’ initiative by SCTE and a group of cable operators, aimed at reducing energy consumption through better resource efficiency.

We’re happy to say ‘hear, hear,’ to announcement as energy efficiency has always been a key design goal for us: for example, our high-performance hardware probes consume just 35W, compared to the hundreds of watts required to run an equivalent server-based product and keep it cooled.

KISS—Keep It Simple, Stupid—used to be a maxim for anyone presenting information or making a speech. There’s nothing stupid about dealing with complexity—for most of us, it’s unavoidable, but it’s smart to keep the complexity simple if you know how to accomplish that task.

About the author
Simen K. Frostad is Chairman and co-founder of Bridge Technologies. With 22 years of industry experience, Simen founded Bridge Technologies in 2004, after creating the world’s first IP/MPLS contribution network for Scandinavian sports coverage. Simen had previously built the first multi-camera hard disk recording system for episodic drama production in 1998, and the first nonlinear sports editing facility during the 1994 Winter Olympics. 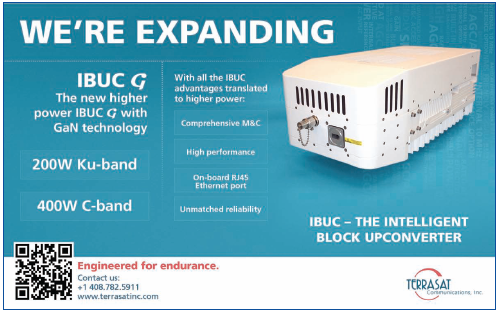