The FCC’s decision to adopt a “public” auction of C — band frequencies over the U.S. was not the news the C — Band Alliance (CBA) wanted to hear.

Goodness knows how history will look back at its year of extensive – and expensive – lobbying and whether lessons could be learned. While the CBA had in the final days of their pre-decision lobbying made some significant compromise suggestions to the FCC in terms of how much the CBA would pay over to the U.S. Treasury, it wasn’t enough and — seemingly — Capitol Hill’s senatorial lobbying won the day.

The CBA was up against Senator John Kennedy and his promise to be a true thorn in the side of the FCC and CBA should a ‘private’ auction be decided upon. Kennedy said “I’m not going to let [the matter of a public vs. private auction of the C — band] go. I’m going to continue to pursue this issue like a hound from hell. And if the FCC wants to go forward and screw the American taxpayer, I will remind them of the mistake they made every day for the rest of their natural lives.” 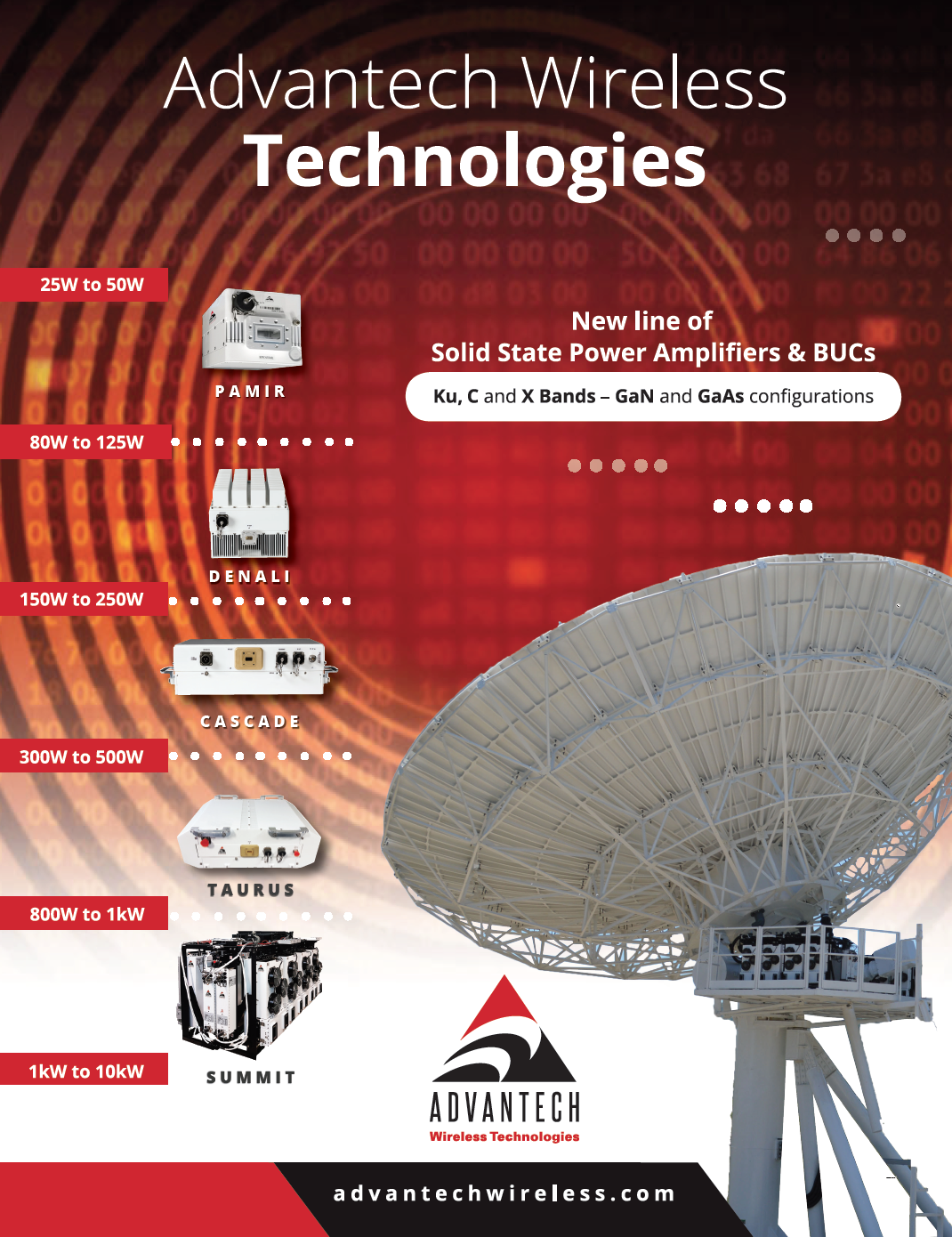 Those months of CBA lobbying came to naught with FCC Chairman Ajit Pai’s decision, Tweeted on November 18th, saying, “After much deliberation and a thorough review of the extensive record, I’ve concluded that the best way to advance these principles is through a public auction of 280 megahertz of the C-band conducted by the FCC’s excellent staff.”

The FCC decision also managed to wipe billions of dollars and euros from the values of Intelsat and SES. Share prices crashed and Intelsat, for example, tumbled from $26 earlier in November to just $6 following the FCC verdict.

The FCC decision is also truly heart-breaking for Intelsat’s senior staffers who had been planning their own renaissance and had hoped to use its C-band ‘windfall’ revenues to cut the firm’s debt and start building for a future, if not free of debt, then without much of its massive debt burden.

SES is not so badly exposed to borrowings and a cash injection would have given SES a much greater opportunity to invest in its future.

All the signs are that the arguing is far from over. While the original CBA proposal must now be seen as being in its “death throes” (as investment bank Jefferies described the situation), there is a growing consensus that the CBA still has a few powerful options, not least the threats of never-ending legal activity, or simply stopping the current process completely.

A Jefferies report on November 21st was blunt, saying, “We’re now in a period of maximum uncertainty as the favorable features of the private auction give way to FCC Chairman Pai’s surprising U-turn toward a public auction. The information vacuum is acute: Pai’s about face was done via a Tweet; coincidental to which was the announcement by Senators Wicker and Thune of their “The 5G Spectrum Act.” A mere two pages of text, the bill (in its current form) instructs the FCC to hold public auction (without definition of form, now how band will be cleared) by the end of 2020 for at least 280 MHz of C-band and for at least 5 percent of gross proceeds before costs be given to the U.S. Treasury, with a portion of the gross proceeds thereafter to be transferred to licensees that have relinquished their rights to the band.” 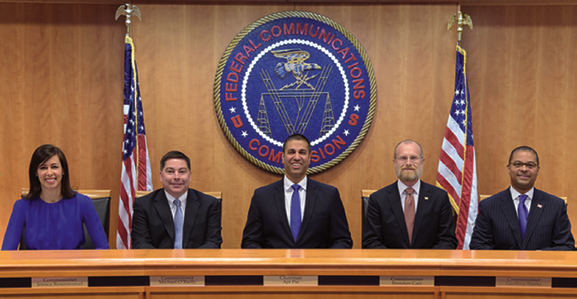 The Jefferies report continued, “The only thing that’s categorically dead is the CBA proposal: But while the FCC record on the matter of clearing the band is brim full, the Tweet and the two page bill say nothing. We see this point as key. The public auction route can’t, and never has been able to, clear the band in a short timeframe without the cooperation of the CBA. The FCC certainly has the authority, but the adherence to due process would afford the CBA countless opportunities to defend its interests at the expense of expediency (and all the while the MNOs would be barracking the FCC for its fecklessness). It’s these basic truths that made the C-band trade so investable in the first place. So as the CBA’s proposal completes its death throes, we see a fresh window of opportunity open: the FCC will call the CBA (alongside staff from the offices of Wicker, Thune, Kennedy and the Administration?) in for a fresh discussion of how all agendas can be met — that creates a chance that a fresh Order can be cultivated that blossoms in the vacuum of the Wicker / Thune bill to give political and legal legitimacy to fairly compensating the CBA for vacating the band (something which the CBA proposal was unable to achieve).”

The bank’s Giles Thorne speaks somewhat optimistically about the position for SES, but less so for Intelsat. He said, “Intelsat is the sharpest of falling knives; SES is in value territory: In our view, playing the C-band trade through Intelsat was always for the brave. The massive pullback is hard to argue against. We estimate that the equity now discounts 280 MHz sold at $17c / MHz / Pop and 50 percent of proceeds to the U.S. Treasury. For our reasons given immediately hereto, we see a path to C-band proceeds of some sort as still possible. Our $30 PT looks a distant possibility but not quite zero (and so we leave it unchanged pending better visibility). Equally, we see a zero proceeds public auction outcome as unlikely (also giving us cause to leave our rating / PT unchanged here). Turning to SES, we’re of the contrarian view that the core business is worth c.€16 per share. For the stock to retrace in lock-step with Intelsat has put it into value territory at €11.60.” 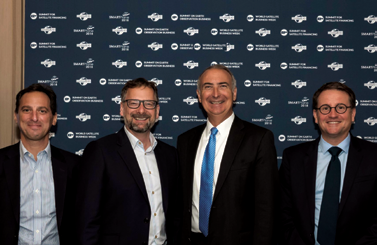 Analysts at research firm MoffettNathanson, in its note on the C-band fallout, says that the U.S. market is “starved” for mid-band spectrum for 5G, and there was and is very real political pressure on the FCC to bring more mid-band spectrum to the market as soon as possible.

MoffettNathanson adds in its report that the CBA satellite operators “don’t actually own the spectrum they were supposedly going to sell.” The satellite operators would strongly argue that point and say that their spectrum is theirs insofar as it is licensed to them in perpetuity.

There are two major elements in terms of the CBA’s ability to consider the spectrum to be under their total stewardship. First, the operators have paid a lot for their spectrum. SES paid a high price to acquire GE Americom, for example, but along with Intelsat, the industry has invested billions of dollars over decades in the infrastructure that uses the spectrum.

Of course, Intelsat and SES have an obligation to their shareholders to protect these investments and assets. And second — and legally more importantly, of course — this spectrum has been officially licensed to them.

There are rights attached to these licenses, above all the right that these licenses are protected and not fundamentally altered or taken away against the operators consent. This protection is core to the role of the FCC and the legal framework of the U.S. Communications Act.

MoffettNathanson, and some other analysts, suggested that Intelsat’s “implosion” might help Charlie Ergen’s Dish Network. “The scarcity of mid-band spectrum works in [Dish’s] favor, at least to the extent that one believes that Dish is still a potential spectrum seller rather than a network builder. By this line of thinking, Verizon desperately needs mid-band spectrum, and the C-band always was (and perhaps still is) their preferred option. But if C-band isn’t an option anymore, at least in the timeframe Verizon needs, then that can only be good news for Dish Network, which may once again be the only source of available mid-band spectrum. If Sprint and T-Mobile lose the antitrust case brought by the State Attorneys General, as many increasingly view as likely, and Dish is therefore freed from the spectrum sale prohibitions that came with that settlement, then might we not be looking at Dish as a seller of spectrum again?”

CBA to Fight Back?
The immediate response to the FCC’s decision from the CBA sounded like a clear threat, stating, “The announcement does not address the critical involvement of the incumbent satellite operators in executing the complex task of reconfiguring and transitioning their networks. Nor does the announcement address the fundamental modification of the rights afforded by the existing FCC licenses held by the CBA members which would be required under a public auction approach.”

Indeed, the CBA let it be known that they would be “collaborating with the FCC on an effective alternative plan.”

Investment bank Jefferies said the FCC’s proposal is the “least worst path forward” and suggests that the FCC has engineered a Gordian knot: “a public auction that has political and legal legitimacy but a roadmap of relentless disruption by the CBA to stop this administrative re-allocation of the band; and a private auction that has shakier legitimacy but the benefit of expediency through the full cooperation of the existing licensees. We still see room for a fudged middle-ground but, inevitably, timing is going to be pushed out.”

In other words, this particular ‘Fat Lady’ hasn’t stopped singing just yet.

Senior Columnist Chris Forrester is a well-known broadcasting journalist and industry consultant. He reports on all aspects of broadcasting with special emphasis on content, the business of television and emerging applications. He founded Rapid TV News and has edited Interspace and its successor Inside Satellite TV since 1996.  He also files for Advanced-Television.com.